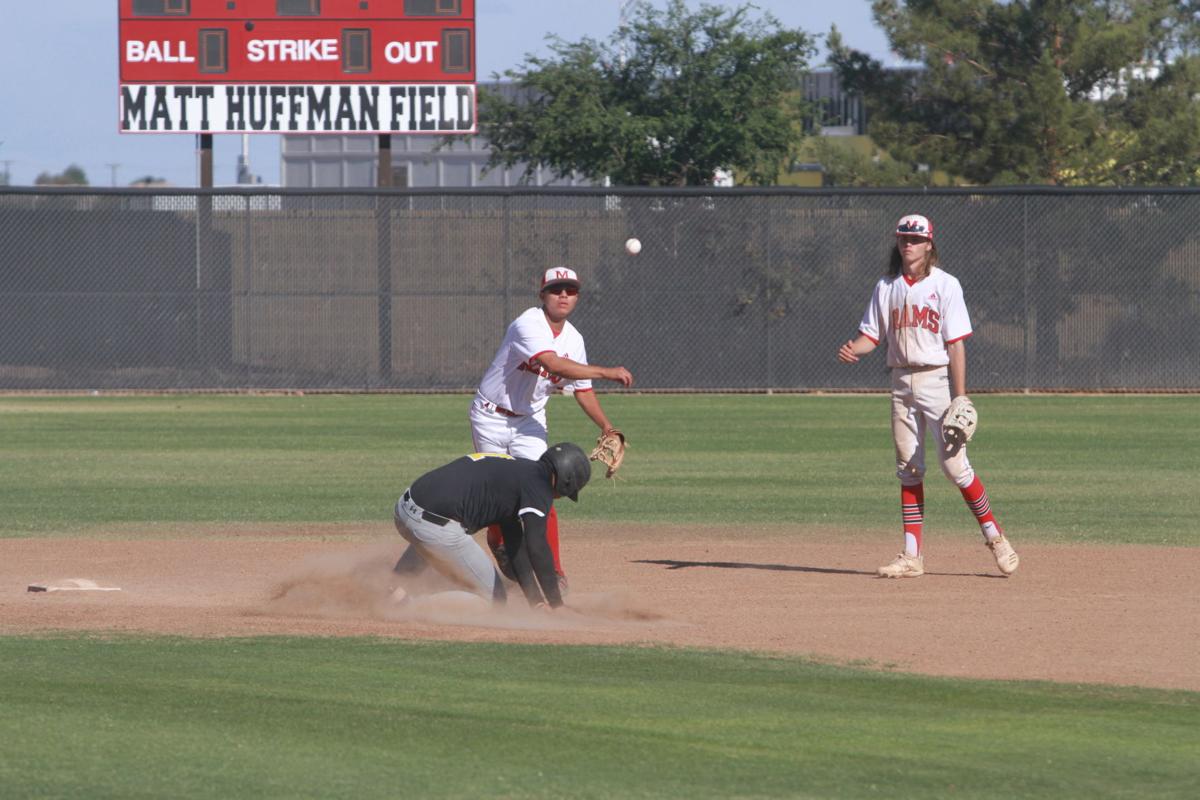 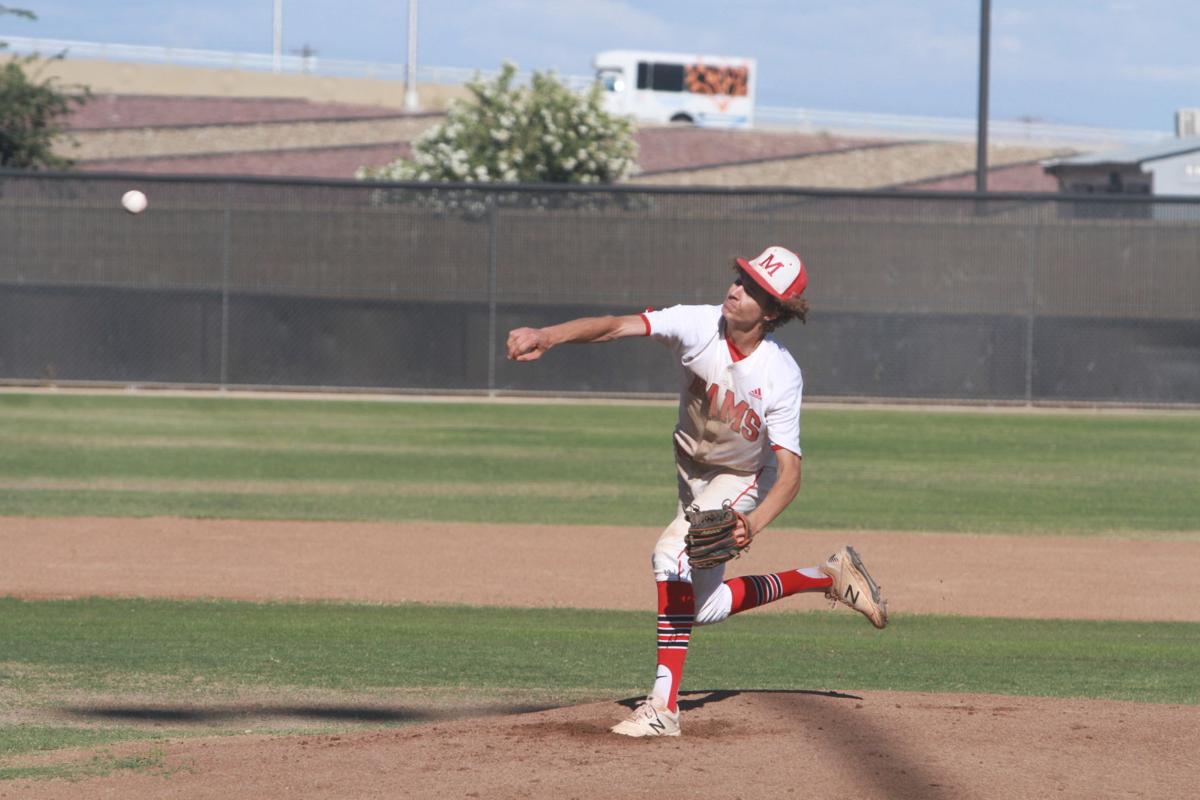 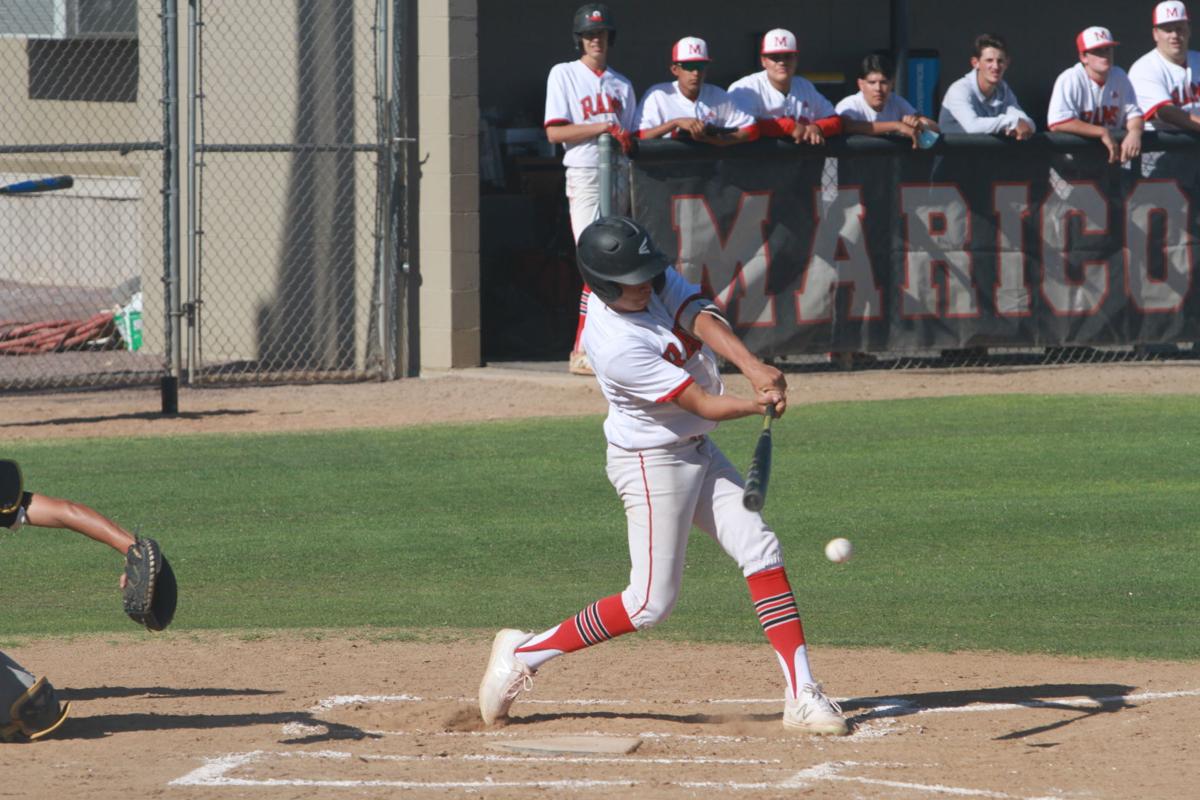 Maricopa's Isaiah Peters swings at a pitch Tuesday against Maryvale. 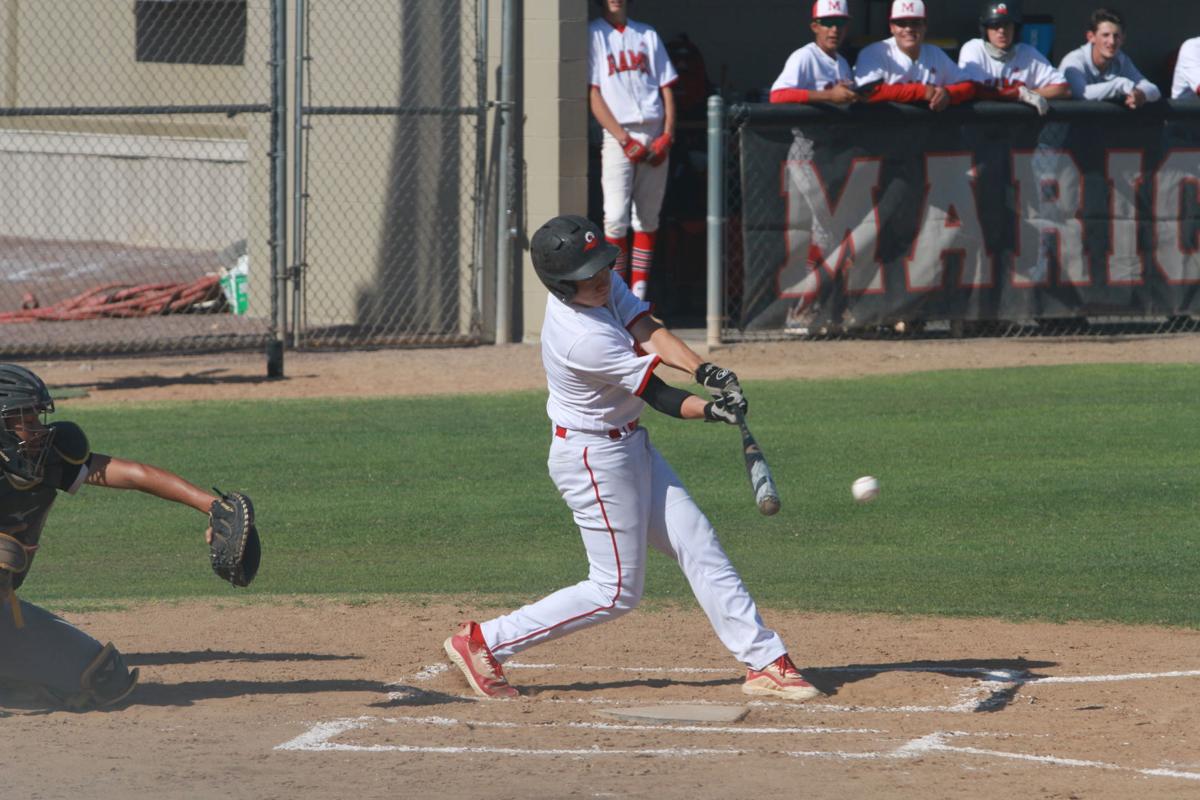 Maricopa's Parker Lay swings at a pitch Tuesday against Maryvale.

Maricopa's Isaiah Peters swings at a pitch Tuesday against Maryvale.

Maricopa's Parker Lay swings at a pitch Tuesday against Maryvale.

MARICOPA — After waiting so long to get back on the baseball field, the Rams endured a painful start to the season, losing their first eight games. But through it all, their positive mindset stayed in tact, and now the wins have started pouring in.

It only took five innings for Maricopa to defeat Maryvale Tuesday, triggering the mercy rule with a final score of 12-2. That result pushed the Rams’ win streak to four games, putting them in much different spirits than they had just a couple weeks ago.

“The players have been facing adversity for the past year, so it wasn’t new to them, and they took it head-on and made the adjustments they needed to make,” said Rams head coach Brad Vericker. “We knew it wasn’t gonna be easy, but they weren’t going to let that keep them down. They just kept working and working, and eventually it clicked. It helps to have the core guys we have here with their character and mentality.”

For senior catcher Lynn Andrews, who is hitting .386 this season, this season has been all about keeping things in perspective.

“I’m trying to make the most of this season,” he said. “I want to leave it all on the field and spend time with everyone, because I know this is my last year with all of them. I’m just trying to cherish it.”

Tuesday’s game could be seen as representative of what the Rams have gone through thus far. Things started out choppy, with Maryvale taking a 2-0 on a 2-RBI single by Andy Martinez that followed a costly error. But Maricopa quickly tied the game with RBI singles from Andrews and Kahleb Bell.

After that, the defense became much more steady, not allowing any Panther rallies to take shape. This allowed the offense, which stayed aggressive throughout the game both in the batter’s box and the basepaths, to chip away at Maryvale and extend the lead throughout the game. The night ended with Bell hitting a triple that extended the lead to 10.

“We knew we had a pretty good defensive ball club, so the beginning of the year was a little uncharacteristic,” Vericker said. “We just got back to playing good, solid fundamental defense and staying aggressive on the bases to get the job done.”

“He dealt with kind of a tough (strike) zone there, but figured out what they were going to give him and started to attack,” Vericker said. “We’ve been really focusing on throwing strikes and throwing strikes early, and I thought he did a good job at that today, especially after the first inning.”

The Rams have three games left in their season to continue the good vibes, including their home finale Friday against Alhambra. Andrews said the energy feels different now that they have some wins under their belt, and they’re ready to face the remaining challenges as one, cohesive team.

“It took us about half the season for us to get used to each other and start playing together,” he said. “The way we were practicing, everybody started coming together with a better attitude, and it’s definitely showing.”