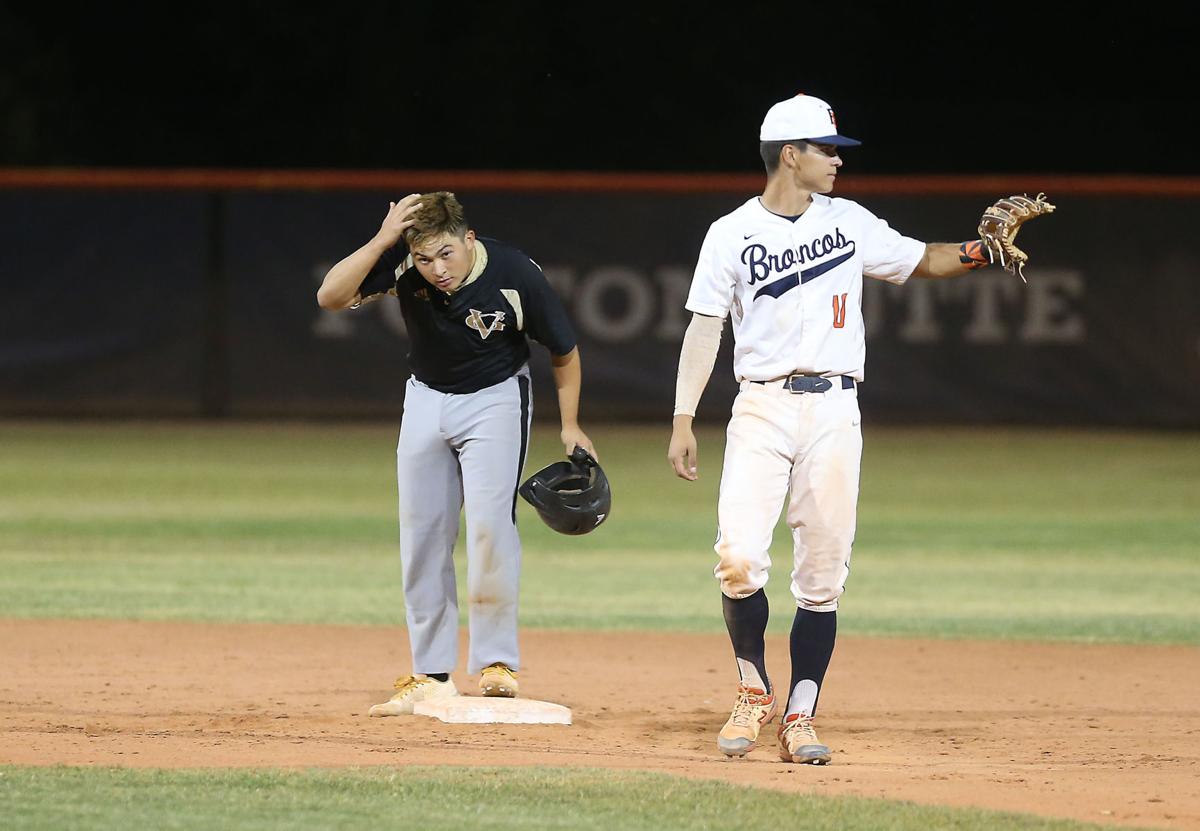 Poston Butte versus Vista Grande in the 4A quarterfinals Tuesday May 11, 2020 at Poston Butte. 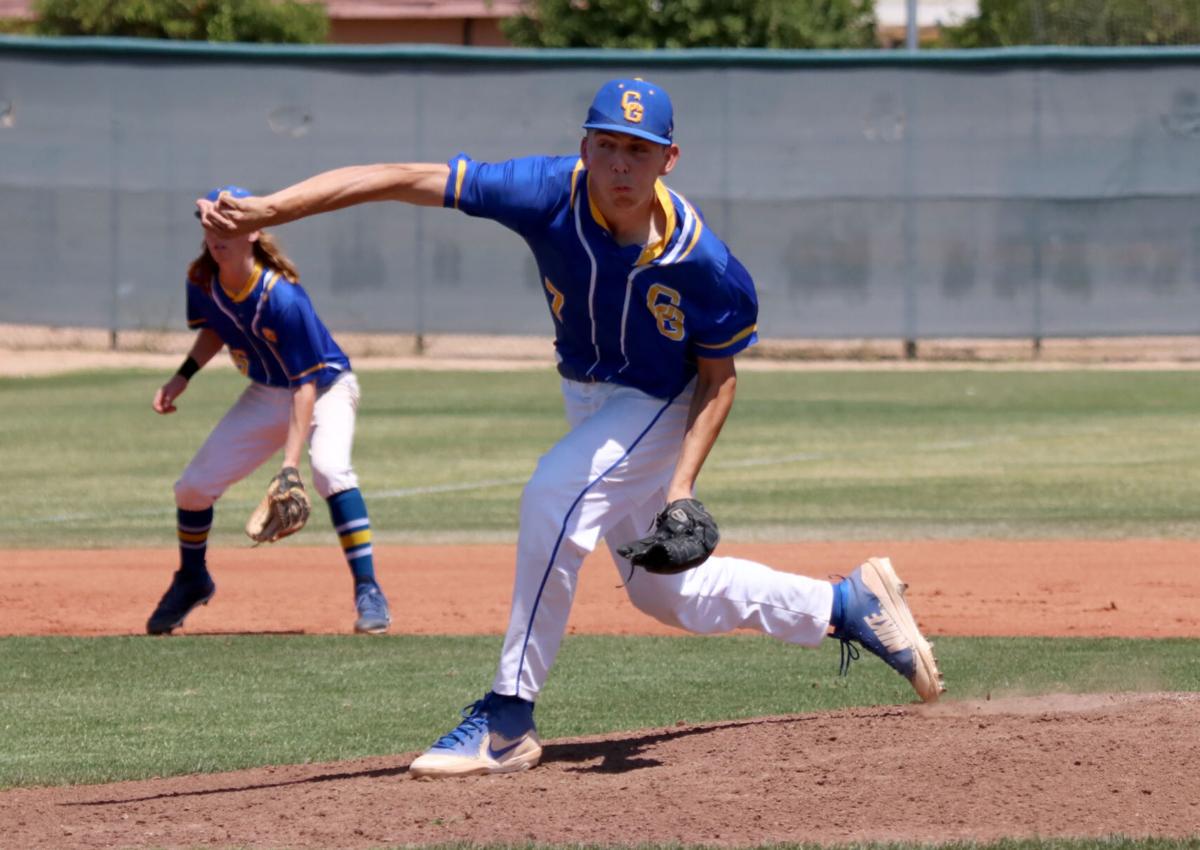 Casa Grande Union at Horizon in the first round of the class 5A state tournament on Saturday, May 8, 2021. 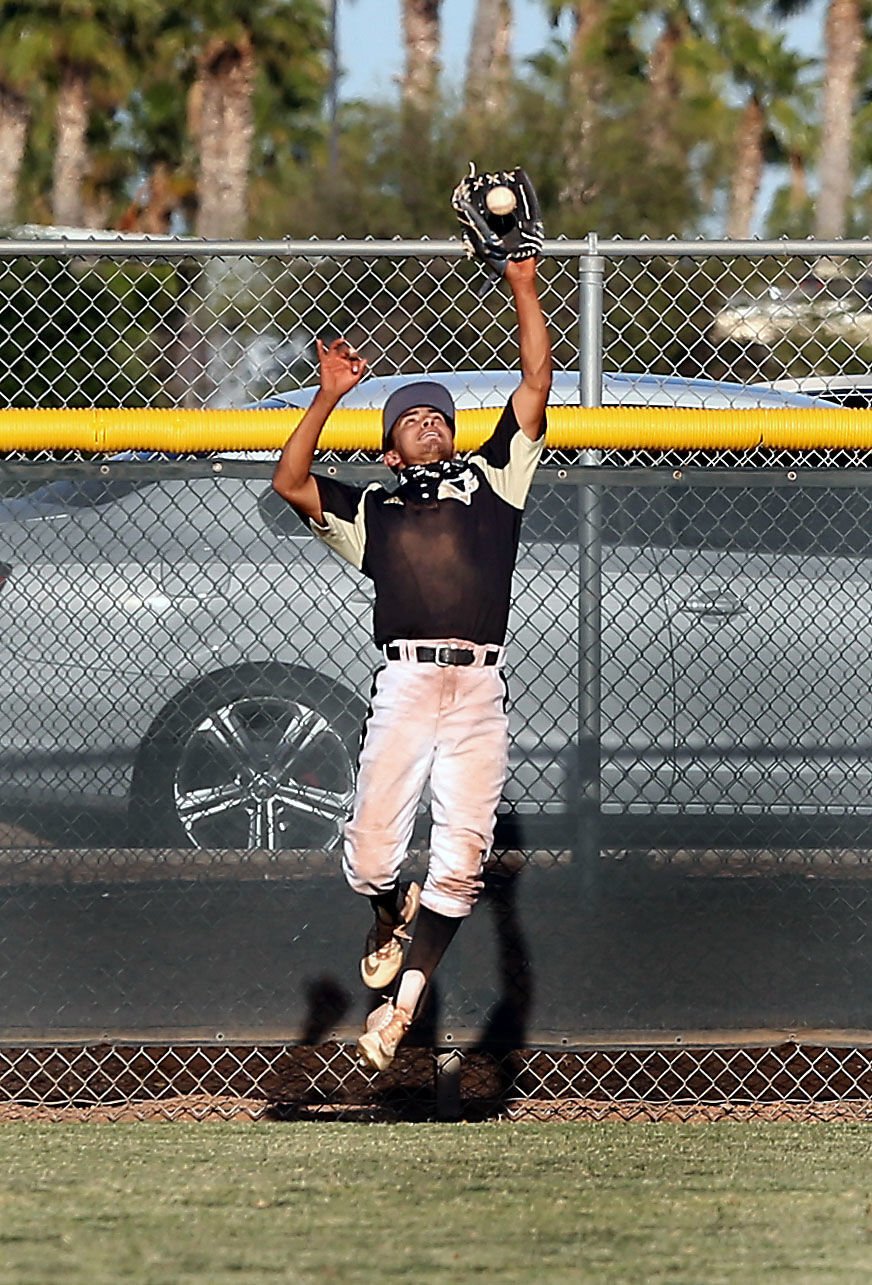 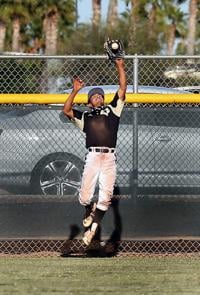 Vista Grande's Erubiel Ozuna makes a jumping catch at the fence against Canyon del Oro on Thursday at Vista Grande.

Poston Butte versus Vista Grande in the 4A quarterfinals Tuesday May 11, 2020 at Poston Butte.

Casa Grande Union at Horizon in the first round of the class 5A state tournament on Saturday, May 8, 2021.

Vista Grande's Erubiel Ozuna makes a jumping catch at the fence against Canyon del Oro on Thursday at Vista Grande.

GOODYEAR — It will be a busy Saturday for several Pinal County baseball players who were selected to participate in the Arizona Baseball Coaches Association All-Star Games at Goodyear Ballpark.

Following the Academic All-Star Game with a slated start time of 1 p.m. will be the 5A game that features three members from Casa Grande Union in Aaron Blunt, Jalen Melecio and Jordan Ragsdale.

Blunt, Melecio and Ragsdale helped lead the Cougars to their first playoff appearance since 2017.

Melecio finished the season with a .400 batting average, .515 on base percentage and .520 slugging percentage.

Blunt hit .327 with 11 RBIs and five extra base hits and five stolen bases.

Zach O’Dell and Riley Miller will represent CG Union in the Academic All-Star game, first pitch is scheduled for 10 a.m.

The 1A-3A game at 2 p.m. will feature San Tan Foothills’ Brett Sutterby and will also be coached by Sabercats’ Ryan Sutterby.

Ryan Sutterby led the Sabercats to a 9-9 record and Brett was the do-all guy on the field.

Representing Maricopa in the 6A game at 5 p.m. will be Lynn Andrews.

For a Rams team that struggled, Andrews provided as much offense as he could by posting a .358 batting average with 11 RBIs.

The 4A game will be the last one at 6 p.m. and will have biggest representation for Pinal County.

Poston Butte head coach Chris Holcombe will be one of the coaches for the South All-Stars team which will include three of his players in Junior Lopez, Colton Vercoe and Octavio Flores.

The Broncos had their best season since the school opened in 2009 as they finished with a 20-3 and made it to the semifinals as the No. 3 seed.

Vercoe led the team at the plate with 34 RBIs and 19 extra base hits. He was also the ace on the pitching staff with a 1.93 ERA in 58 innings pitched and struck out 81 batters.

Also on the team are Vista Grande’s Erubiel Ozuna and Anthony Bolanos.

Ozuna and Bolanos provided a lot of spark for the Spartans who also made the playoffs and were knocked out by Poston Butte in the quarterfinals.

Ozuna was second on the team in hitting with a .491 batting average and had a .545 OBP and a .596 slugging percentage.

Rounding out the list of athletes is Apache Junction’s Nate O’Brien who put up solid numbers for the Prospectors.