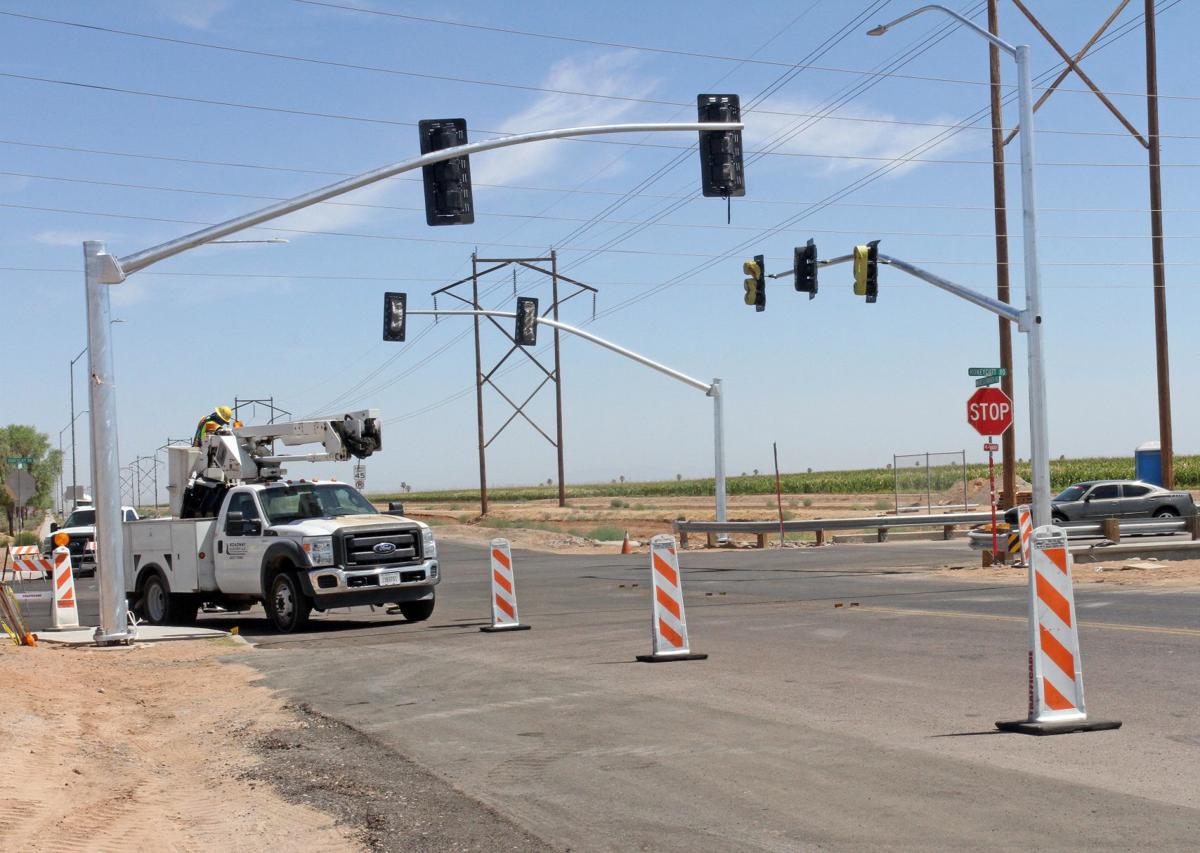 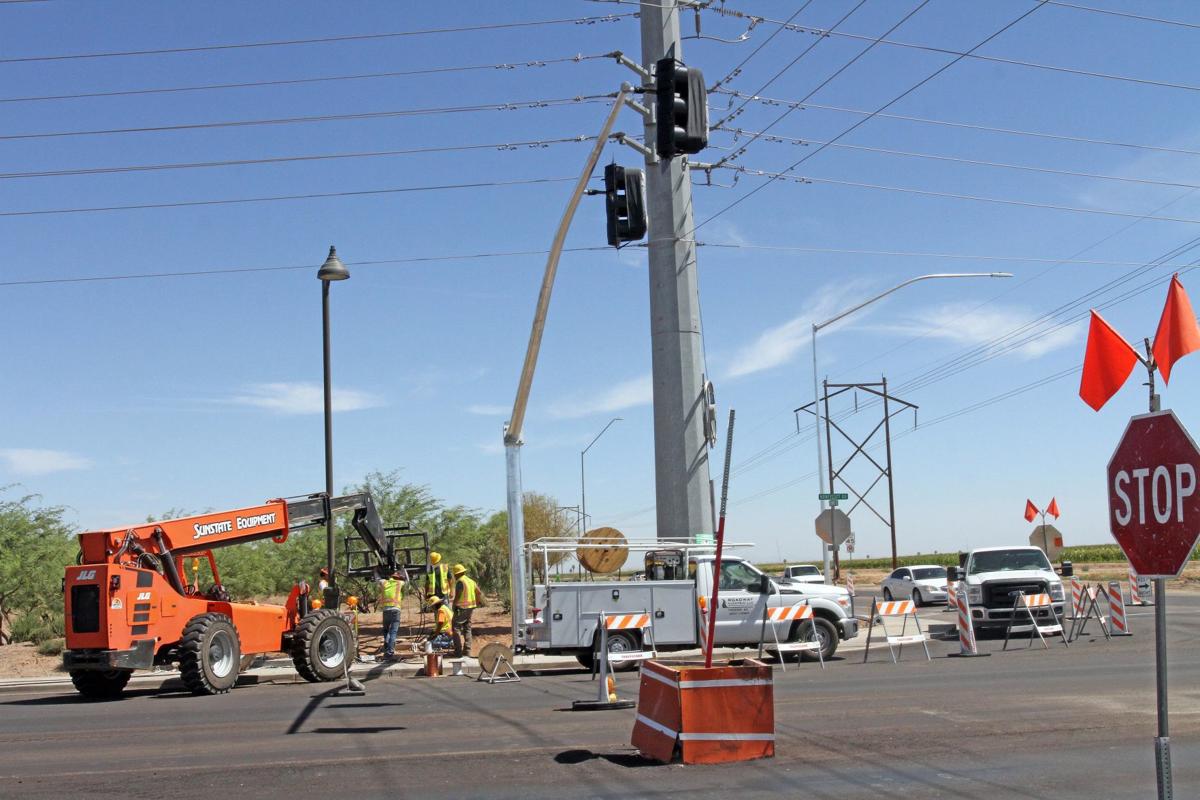 MARICOPA — A longtime thorn in Tortosa and Rancho Mirage residents’ sides is finally nearing completion: a brand-new light and left turn lane for an intersection previously bombarded by morning and evening commuters.

The final addition of a control box to dictate light patterns will be put into place around July 7, marking the completion of the signal at Honeycutt and White and Parker roads. Early estimates put the completion in April or May, but delays in the final parts of building have pushed it to July.

“The control box is the reason why it’s taken a little longer to do,” City Manager Rick Horst said. “You’ve seen these control boxes by the side of the road, which has all the electronics in it, and those electronics are what sets the timing and all those sorts of things for the light. That gives us the ability to change light patterns as needed.”

The ability to customize light patterns is especially important during rush hour to account for the flow of traffic. Previously, residents were waiting in lines as deep as 100-plus vehicles to get through a four-way stop sign.

According to Horst, when traveling north on White and Parker Road, a dedicated left lane has been added along with straight and right turn lanes.

“We think this will improve the quality of life, number one, (and) number two, make people more receptive to building and buying out there because we don’t have these issues to deal with anymore,” Horst said. “I think it’s a very positive thing from a public safety point of view, from a marketing point of view, … and certainly from a convenience point of view.”