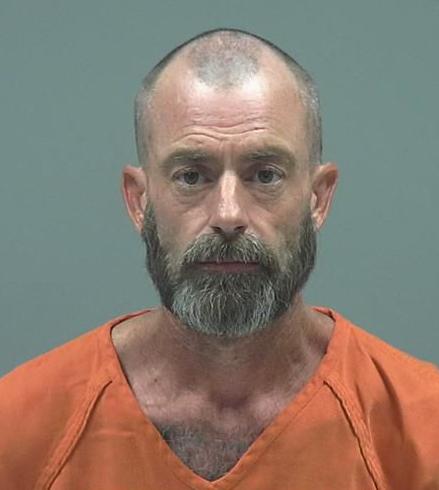 MARICOPA — The subject of a Maricopa manhunt earlier this month was released from jail but arrested again after a disturbance at his former girlfriend’s home, police said.

Codey Foy was taken into custody May 5 after a police manhunt and ultimately being shot in the hand by an off-duty U.S. Border Patrol agent.

After his ex-girlfriend posted bond, Foy, 43, was released only to be rearrested May 15.

About 6:30 p.m. on May 15 Maricopa Police were called to his ex-girlfriend’s home on North Toledo Avenue for a disturbance that was reported by a neighbor.

The neighbor told police he received a text from her “asking him to call the police because Codey (Foy) was tweaking out, causing a disturbance.”

The neighbor said the woman also texted, “I need help over her, please call the police and let them know who I’m dealing with.”

Foy was on the run from police May 5 in the Maricopa subdivision of Tortosa, as he had multiple warrants out for his arrest in relation to his suspected involvement in a truck theft that morning in another part of Pinal County.

According to the Maricopa Police Department, Foy was shot in the hand by an off-duty U.S. Border Patrol agent and arrested that evening. The agent was uninjured in the encounter, and Foy was transported to a hospital before being transferred into MPD custody.

When police arrived at the scene May 15, the woman told officers, “Codey became very upset after she wouldn’t allow him to drive her vehicles to go to the store because he is on medication. She said his behavior became erratic and he was throwing things around the garage and threatening to go to the Border Patrol agent’s residence to find out why he shot him in the hand,” a MPD officer wrote in a probable cause statement.

When the woman told Foy she was going to call police, he allegedly grabbed her cellphone from her hand, stopping her from making a 911 call for help.

She texted the neighbor for help after retrieving the phone.

At the scene, the woman told police that Foy had also discharged a handgun on the back patio the night before (May 14) and she showed police where the bullet hit the side of the house.

During an interview with officers, Foy is stated to have admitted to taking the cellphone from her because he was afraid of going back to jail, according to court records.

He also admitted to police that he discharged the weapon on the back porch the night before but said it was an accident when the 9mm derringer handgun fell from his boot when he was taking it off.

“When it struck the patio pavement, the firearm discharged,” the officer wrote in the report.

As Foy is a convicted felon, he is prohibited from possession of firearms and he was charged for the incident along with two counts of disorderly conduct, unlawful discharge of a firearm inside city limits and preventing the use of a telephone in an emergency.

He is being held in the Pinal County Adult Detention Center and was initially declared “unbondable” by a judge. On Tuesday a judge modified his release conditions to include a $60,000 secured bond necessary for his release.

In his first arrest on May 5, he was charged with petty theft, vehicle theft, burglary, resisting arrest, receiving stolen property and possession of burglary tools.

Suspect in custody after officer-involved shooting in Maricopa