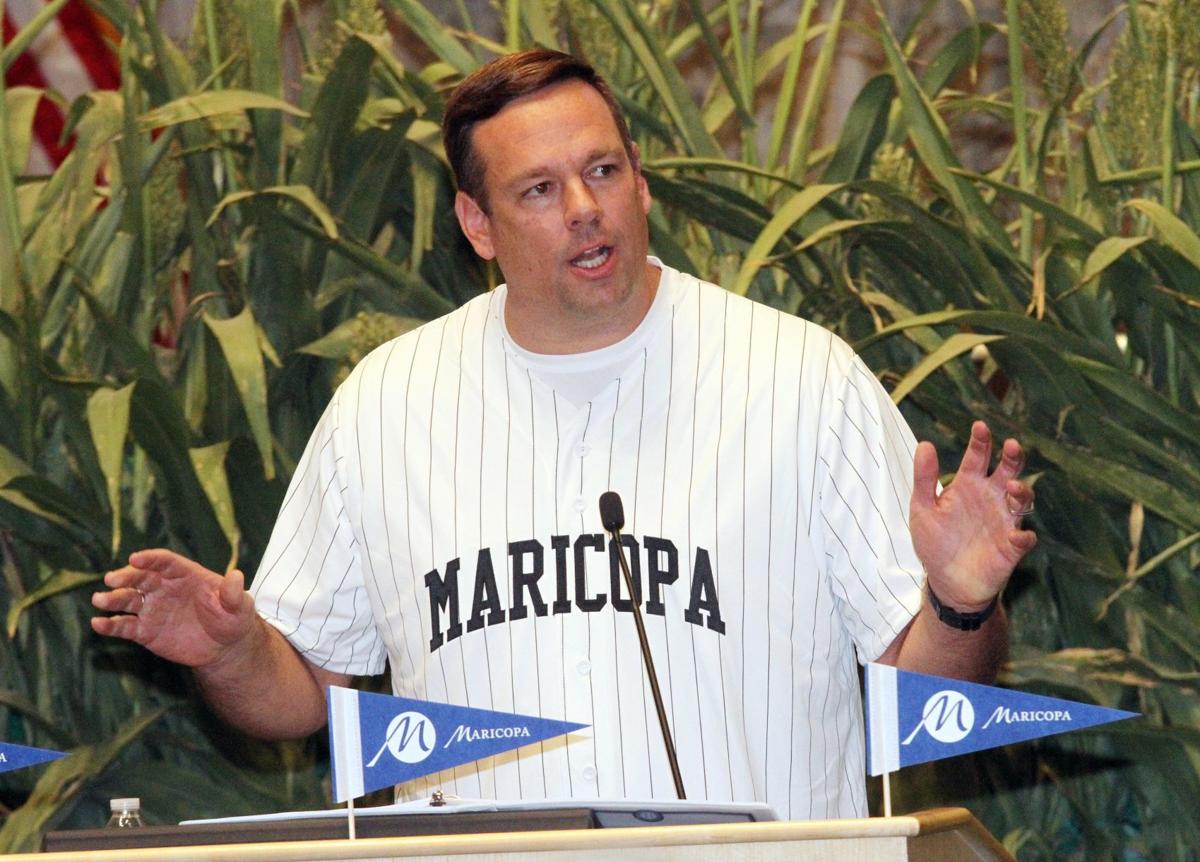 MARICOPA — The city of Maricopa is booming and Mayor Christian Price is looking for ways to keep that growth going while meeting the infrastructure needs of the community.

Price is currently running unopposed for another term in office.

In the past few years, the city has been growing rapidly, both as a suburb of Phoenix and as a home for people who are looking for jobs in new industries that are coming to Pinal County, he said.

With all of that growth the city is starting to show signs of growing pains, he said. Roadways, water and sewer lines, and other city services need to be expanded.

Price said he and the City Council are constantly trying to balance the current needs of residents, attract new businesses, meet the demand for new houses and plan for the future needs of the community.

“Here in Maricopa, because we’re such a young city, we’re only 16 years old, we needed everything yesterday,” he said. “And it’s really tough to say, well we have this whole list of priorities, how do we prioritize the priorities and make these things come out of the ground, when we were just farmland just 16 short years ago?”

The city is using the lessons it learned during the downturn in the housing market and looking at how older cities managed their growth to make some changes and grow in a smart fashion, Price said.

“The recession gave us an opportunity to step back to see what we needed to do better. What types of things we had done wrong and how do we increase our staff so we can handle the levels,” he said. “I’m not a proponent of bigger government, but I am a proponent of making sure you have the appropriate measure of people to do the job so it’s done right.”

The city is incentivizing developers to come build new homes by making it easier to work with city staff, he said. Staff are also listening to developers’ suggestions on better ways to do things rather than sticking rigidly to the city’s planning and zoning and building codes.

That doesn’t mean the city implements or approves every suggestion made by developers, Price said. The city still has a responsibility to make sure that safe, quality homes are made.

It also means finding a way for growth to pay for growth, he said. Making sure that developers help pay for new roads, new sewer lines and for the expansion of current roads and city services.

“We are always trying to say, ‘How can we get growth to pay for growth?” Price said. “So if (a developer) says ‘I’m going to build 5,000 houses on this big old tract of land, then I need him to know that, hey you’re going to be responsible for some of the roadways, some of the parks, some of the open spaces and some of the things that have to go in there. That way the taxpayer pays less money.”

More new homes also entice new businesses to come to the city, he said. While Maricopa was designed to be a bedroom community for the Phoenix area, it also needs shops, restaurants and other businesses to provide jobs and goods to residents.

“We were built as a suburb, but all cities have a life cycle, especially when they come into their own. When we incorporated in 2003 we realized hey, we want to be the best suburb we can be at the same time, how do we become self-sustaining?” he said.

Price said he understands that some residents aren’t interested in the city growing any more than it already has.

“When you build a place that people love to come to, they feel safe. They love the people. There’s an atmosphere that says ‘This is home to me.’ It’s going to attract others. That’s the American dream right there,” he said. “What we have to do as a government is, we have to live within the rules because we can’t stop. People say, ‘Oh, stop issuing building permits.’ That’s not how it works. There is something called private property rights.”

The city’s responsibility is to make sure those buildings meet the city’s code for safety and to plan for growth, Price said.

Price said he hopes that voters will see the work he has done to make Maricopa one of the best places to live, work and play in Arizona and will give him another chance to continue that work.