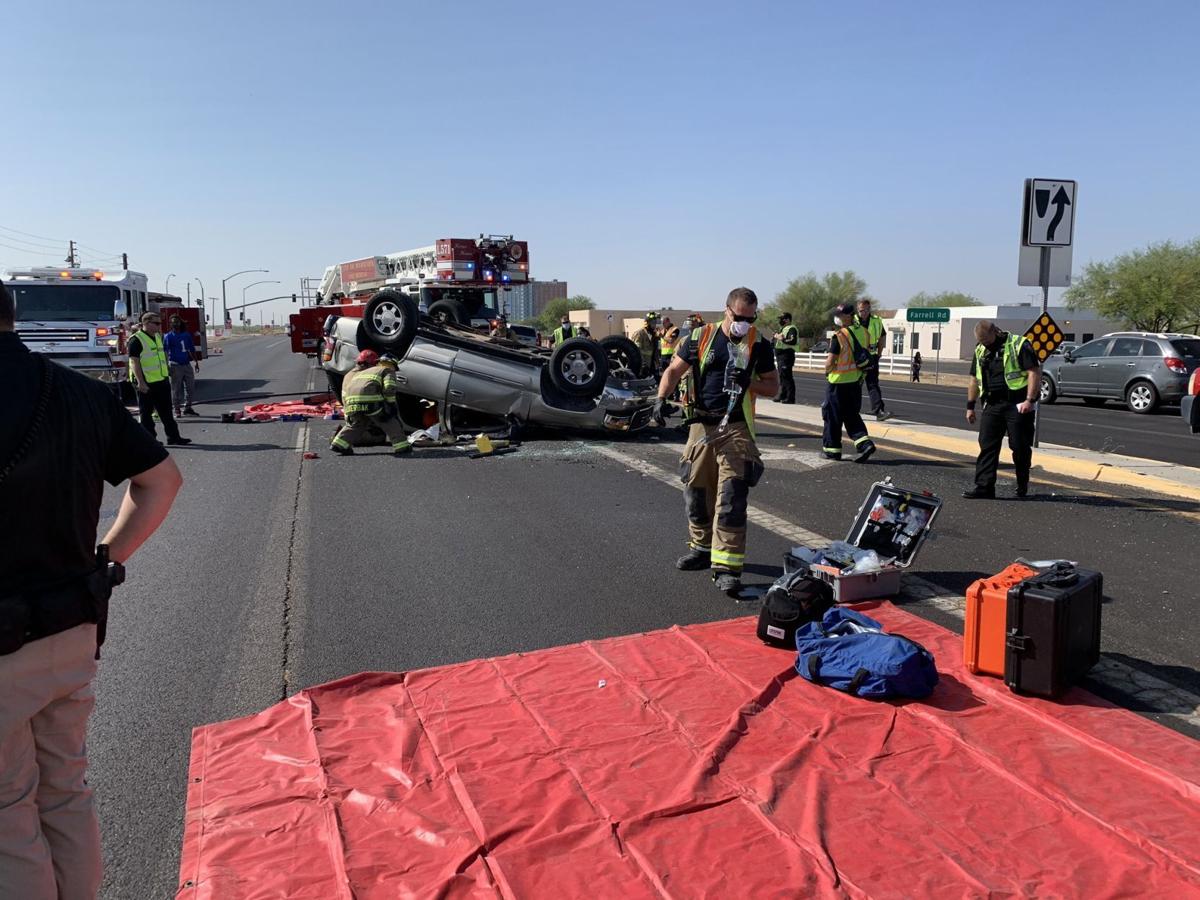 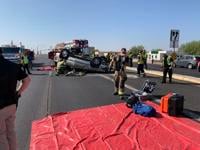 First responders attend to the scene of a rollover crash on State Route 347 and Farrell Road. 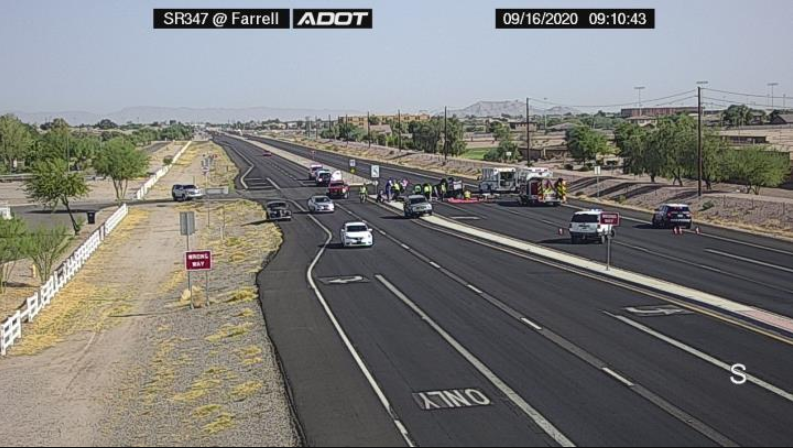 First responders attend to the scene of a rollover crash on State Route 347 and Farrell Road.

MARICOPA — A rollover crash closed a portion of State Route 347 on Wednesday morning in Maricopa.

The one-vehicle accident occurred around 9 a.m. in the southbound lanes of SR 347’s intersection with Farrell Road. Three people were in the vehicle at the time of the crash and were all transported to a hospital with non-life-threatening injuries.

Photos from the scene show the SUV still upside down in the roadway.

According to the Arizona Department of Transportation, all northbound lanes were closed as well as the left southbound lane. The lanes reopened shortly after noon.