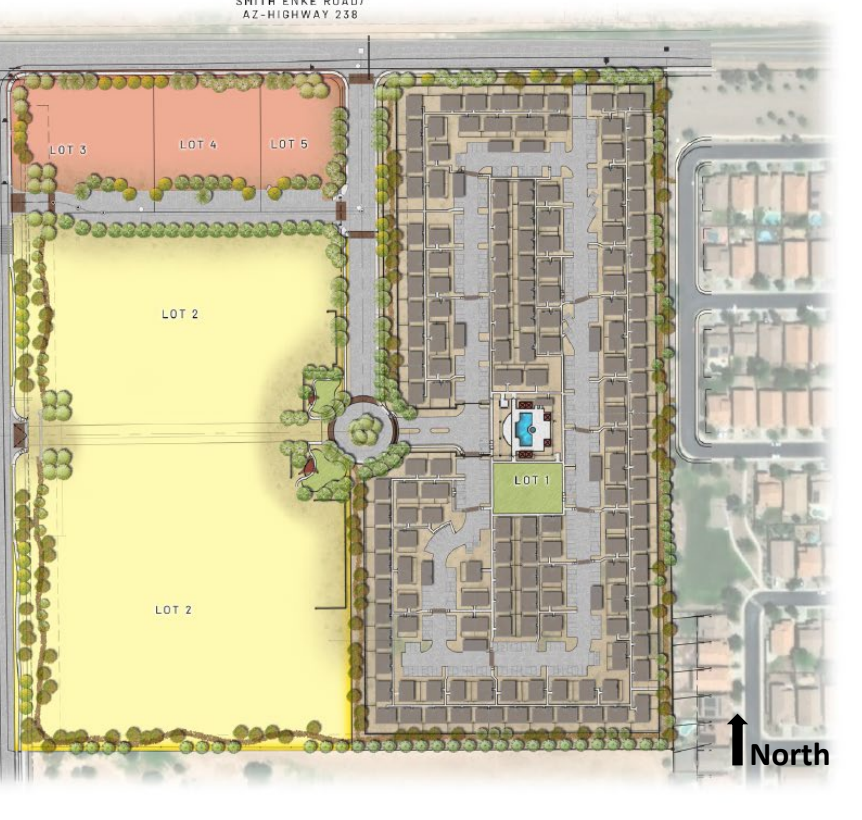 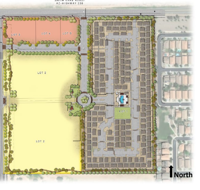 A rendering of what the property and landscaping on State Route 238 and North Loma Road might look like. 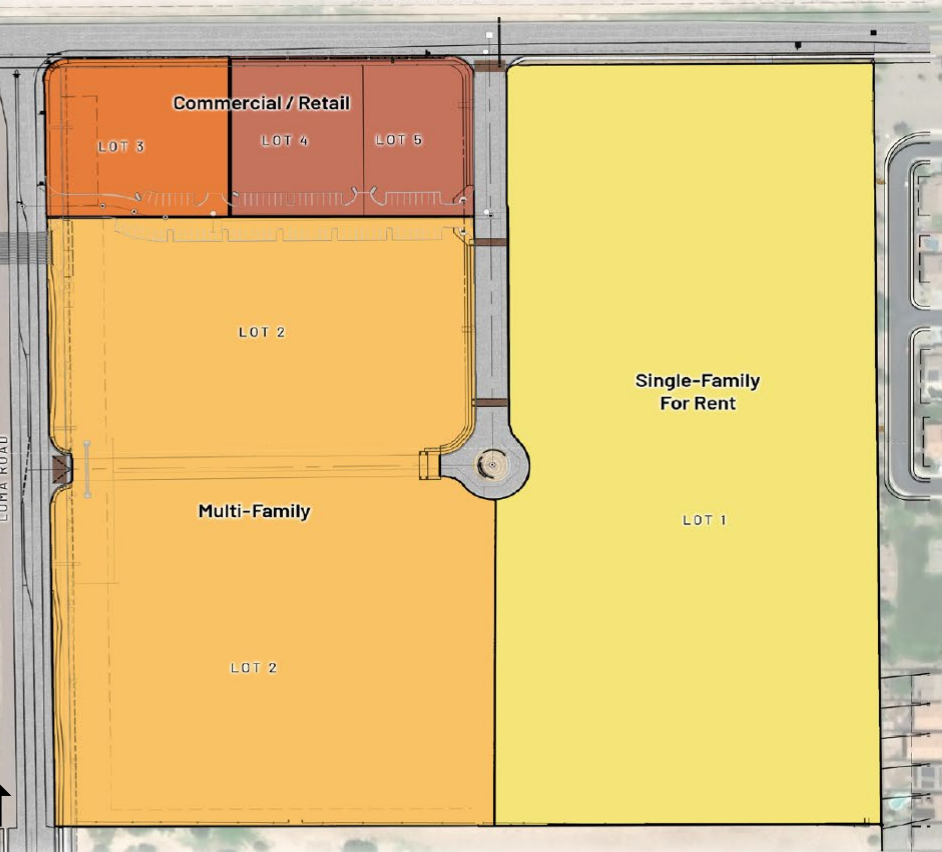 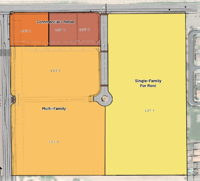 A breakdown of the property Matrix Equities envisions for the site on State Route 238 and N Loma Road.

A rendering of what the property and landscaping on State Route 238 and North Loma Road might look like.

A breakdown of the property Matrix Equities envisions for the site on State Route 238 and N Loma Road.

MARICOPA — A future development on North Loma Road and State Route 238 promises a mix of apartments and rental properties that will be positioned just north of Estrella Gin Business Park, providing a possible living/work space for future residents.

West Maricopa Village is a 35-acre plot of land that, if approved, would become a mixture of multi-family and single-family homes while also providing for some retail. On the eastern half of the property, around 185 single-family rental homes will be built.

A clubhouse and pool will be in the center of the single-family lot, along with a green space that might later become a putting green or bocce ball area.

The western property will be a three-story apartment complex with around 307 units and metal frameworking. Developers confirmed they would be “heavily amenitized” with open green spaces.

“A housing needs study demonstrated a really high rental need,” said Ron Smith with Matrix Equities, the developer for the project. “That was one of the main shortages in the City of Maricopa. Our project is positioned to take advantage of that. … In terms of renting them out, we think we think they’ll fill up pretty quickly.”

On the northwestern side of the property are three lots designed for future retail space. A planned Main Street will allow for access to the retail spaces from the neighboring lots and create a sense of place. Retail spaces could include a car wash, convenience store or restaurant, with developers already hinting at a possible gas station for the corner lot.

Smith detailed plenty of landscaping throughout the project, with an emphasis on a hiking trail system that will include intermittent exercise stations along the path. The trail system will also lead directly to neighboring Estrella Gin.

“The project itself is really well positioned for walkability to the city’s Estrella Gin project. We think that’s a nice enhancement,” Smith said. “It’ll be fun to see that project actually start to take shape.”

The development is requesting a rezoning for the current industrial to a planned-area development (PAD), which would allow for a high-quality, mixed-use development. The proposal will go before the Planning and Zoning Commission by January or early February for approval, according to City Planner Ryan Wozniak.

If approved, the city anticipates the build would begin late second quarter 2021. The single family homes would take around a year and a half to complete, with three additional months for the neighboring apartments. These projects are scheduled to be complete before Estrella Gin Business Park.