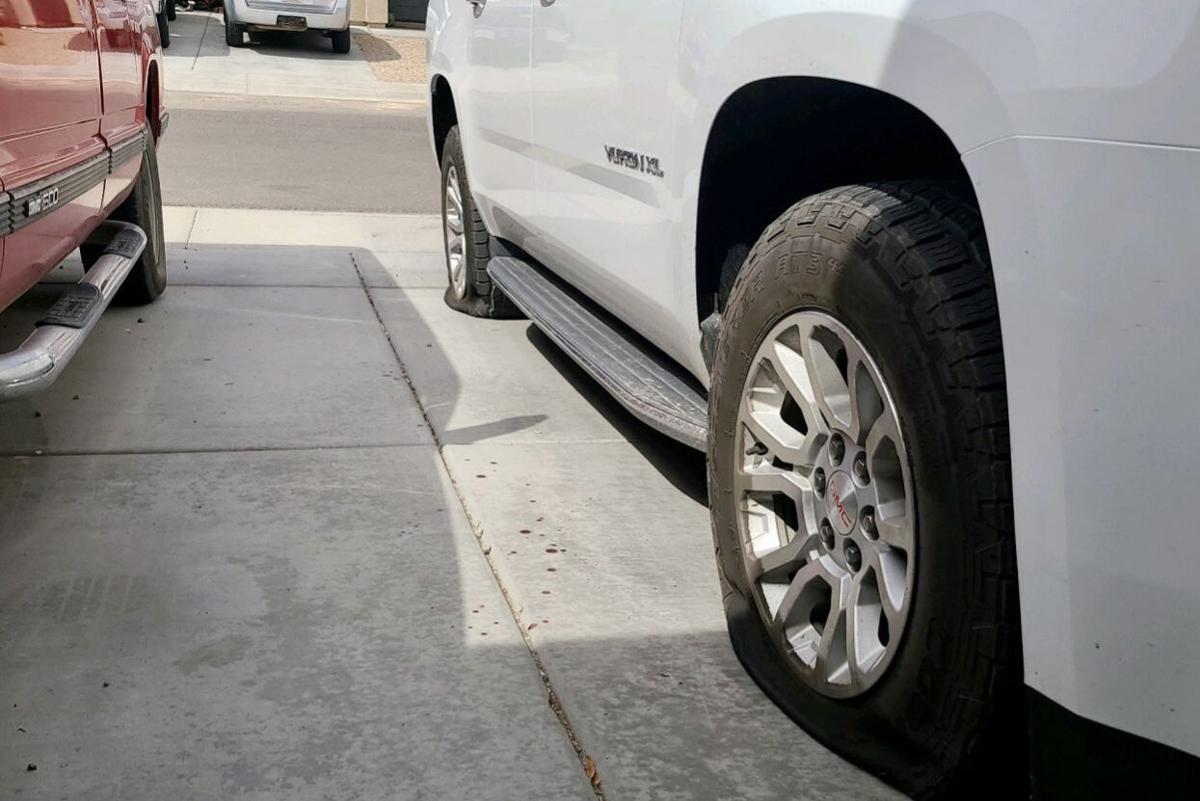 A trail of blood is seen outside a Homestead South residence in Maricopa where a woman found a detached finger. 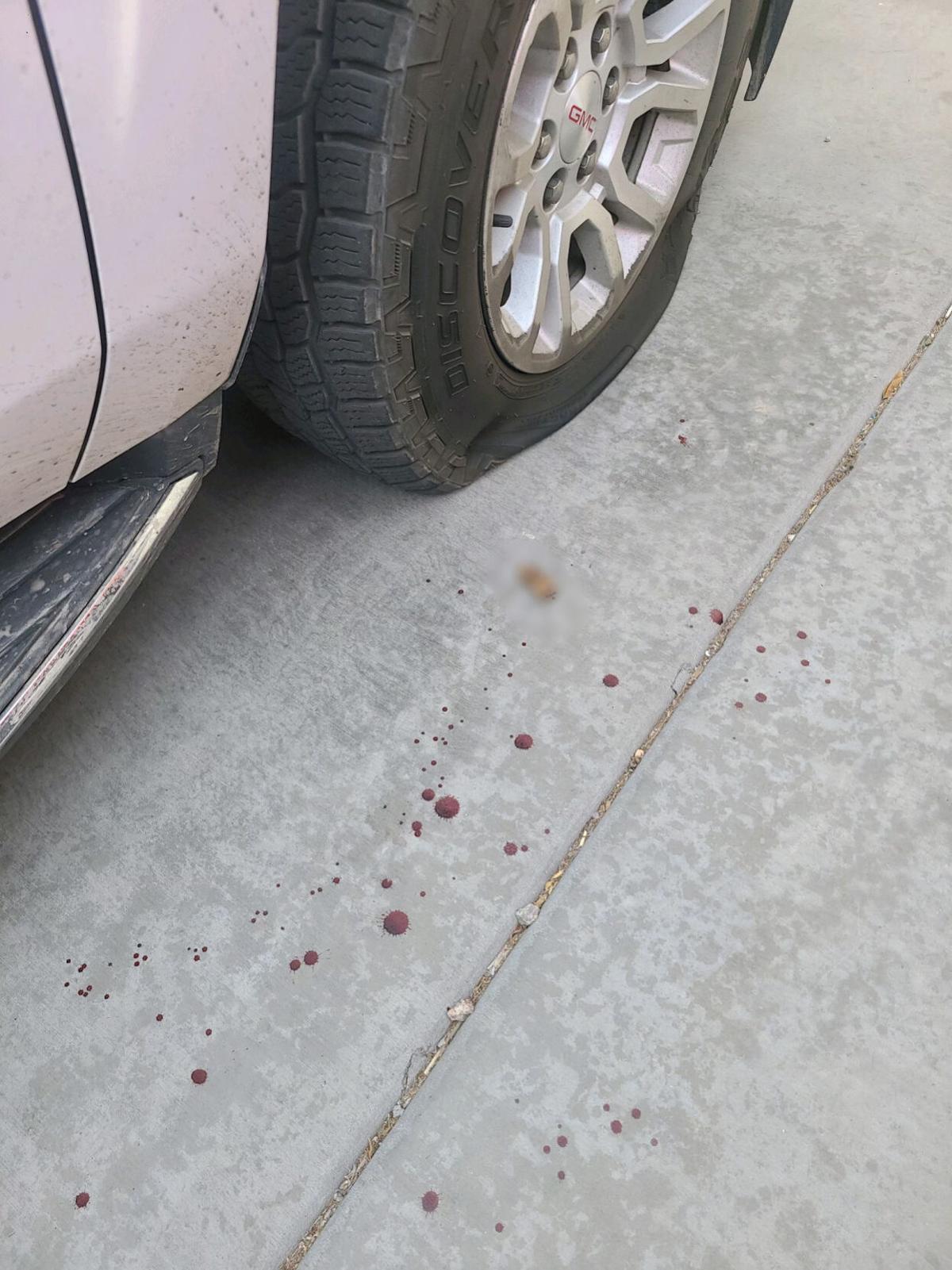 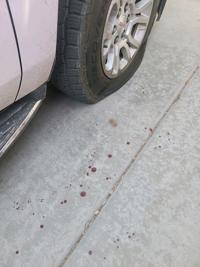 Blood drops and a detached finger (blurred above) were found Thursday outside a Maricopa residence.

A trail of blood is seen outside a Homestead South residence in Maricopa where a woman found a detached finger.

Blood drops and a detached finger (blurred above) were found Thursday outside a Maricopa residence.

MARICOPA — Ten-year Maricopa resident Francesca Wikoff got quite the surprise as she exited her home in the Homestead South community on Thursday morning: a severed phalange lying on the concrete.

Her GMC Yukon parked in the driveway also had two slashed tires on one side, but there was no sign of the owner of the finger. The trail of blood left at the scene led to a nearby residence. Wikoff said one resident of the home is out of town, and the other is the man she believes is the owner of the appendage.

Maricopa Police came out to the home to document the scene and took the finger into custody. Wikoff speculates the owner of the finger is a neighbor who had gotten into a disagreement with Wikoff and her husband the night before.

The couple went over to a neighbor’s home on Wednesday night with their children for a get-together, and Wikoff said their male neighbor tagged along uninvited. The man allegedly became increasingly intoxicated and aggressive as the night wore on.

“He tried to get in an altercation with my husband, who is injured. Then after (that), he shoved me twice,” Wikoff said. “He was asked to leave, and he didn’t like that, so he tried to retaliate by slashing my tires. However, he left a little consolation prize.”

Wikoff is a retired firefighter and EMT, and said that was likely the only reason she was able to stomach the sight of the lone appendage. The neighbor in question has not returned to his residence since the night before, when a neighbor last heard him cry out.

“My neighbor heard him yelling and crying, probably about like 10:30 p.m., so we figured that’s when it happened,” Wikoff said.

After speaking with Maricopa officers Thursday afternoon, Wikoff said that when the person responsible is located, she anticipates charges will be filed for property damage and other related charges.

Though the family has cameras, Wikoff said the tire-slasher managed to avoid being caught on video. Their Yukon is the family car and will need to have its tires replaced due to the damage. She has since had the vehicle towed.

“This is our new-to-us vehicle — we haven’t even had it a year,” Wikoff said. “It was my husband’s grandmother’s last present to us. … It’s our only family vehicle that is safe for the kids, and now I have to spend a lot of money to get it fixed.”

Maricopa Police did not immediately respond for comment on Thursday.