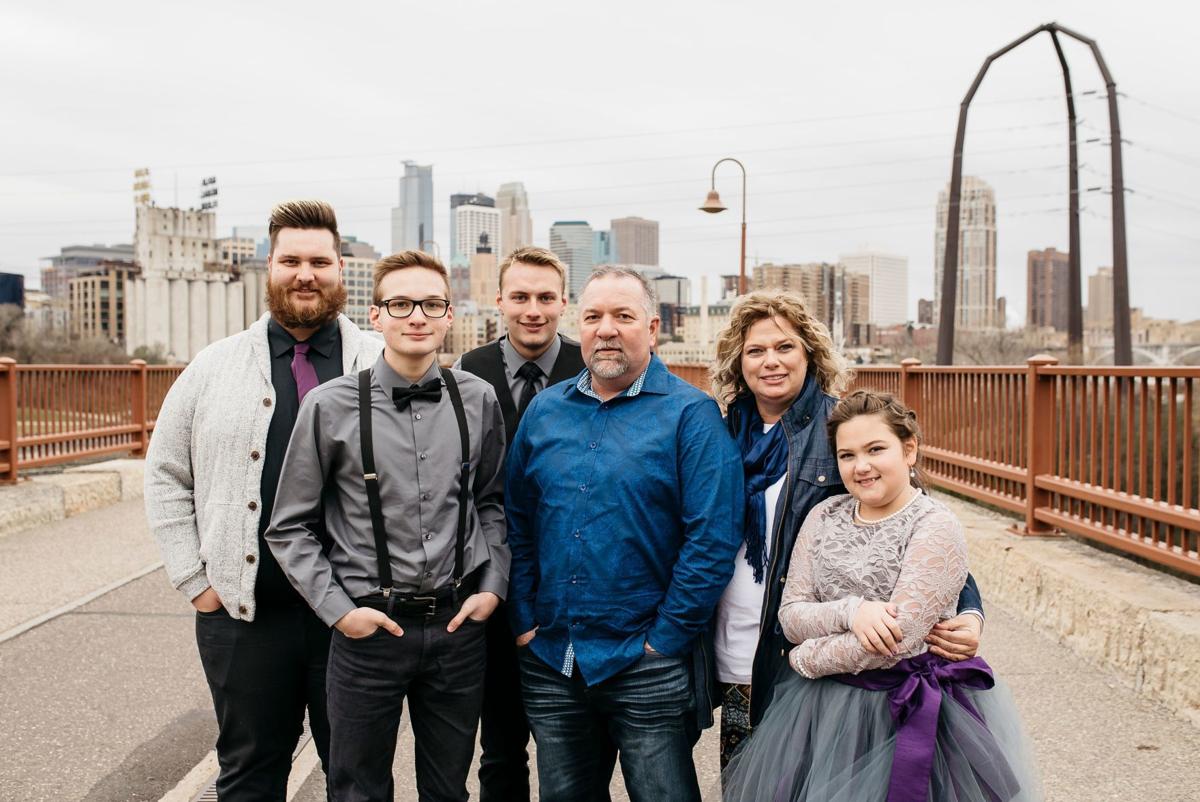 The Verlennich family is ready to serve coffee to Maricopa in memory of wife and mother Lori, who died from cancer earlier this year. 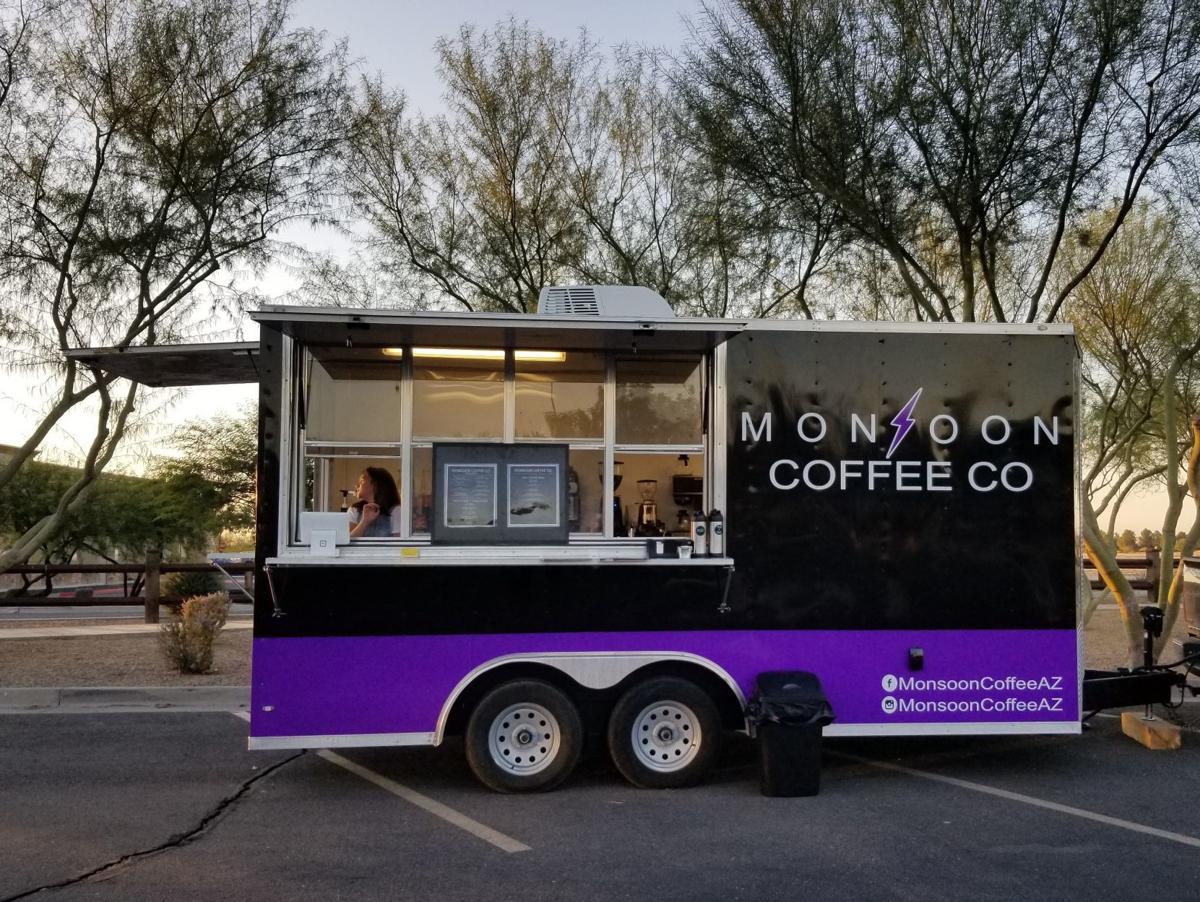 The Verlennich family is ready to serve coffee to Maricopa in memory of wife and mother Lori, who died from cancer earlier this year.

MARICOPA — There’s a monsoon brewing in Maricopa, and the result is good coffee.

Monsoon Coffee opened their food trailer this week to thirsty patrons for the first time. Dave Verlennich is the brains behind the business — a self-described coffee connoisseur.

The coffee shop may be brand new, but Dave has been cultivating this idea for decades.

He began his love affair with the caffeinated drink in the 1990s, roasting his own beans as a hobby at home in Minnesota. The hobby grew to the point where customers at his concrete business were asking him to fork over the beans. He and Mike Verlennich, his brother and business partner, were thrilled to share their unique coffee with customers.

Verlennich then took an impromptu trip from Minnesota to Maricopa to deliver a vehicle to his parents, who own a home here. It was then that he stopped to look around, and realized what he’d stumbled upon.

Once he moved his kids and wife Lori out here, he never looked back. His brother, meanwhile, had made the move to Boise, Idaho and became a pastor at Vector Church. He decided to set up a coffee shop inside the church to cater to the congregation.

It was then that it occurred to Dave that he might want to try his hand in the coffee business himself. His brother and family helped him begin the search for a suitable trailer to turn into his mobile operation. The first trailer they found was sold to another buyer, so they resumed the search this year. When they finally found and purchased the trailer in May, it seemed like things were finally coming together for their tentative September opening.

Then in June, Lori was diagnosed with cancer. At first, doctors thought it was a simple blood clot, but then they found a growth in her stomach.

Dave met Lori when they both worked in the fast food industry, and were married 33 years ago. They homeschooled all their children, three boys and one girl. Their eldest son Brett is 27, then Luke, 22; Gunnar, 19; and Arika, their youngest daughter, is turning 12 later this month.

As Lori battled her cancer, she helped Dave push on with the plan, creating menus and officially christening it Monsoon Coffee.

“We really wanted something to be a part of Arizona,” Dave said. “We are from Minnesota and we tried to combine Minnesota (and) Arizona. We made this our home, and so we were trying to think of something that Arizona is known for.”

They settled on Monsoon Coffee, as it illustrated the storms of life and the changing of seasons so well. They thought they might try for an early opening Aug. 1, but it wasn’t meant to be.

On Aug. 25, Lori died unexpectedly of pneumonia. Her immune system, weakened by chemotherapy, was unable to fight off the infection.

“She was the do-er in the house,” Dave said, tearing up. “Everything in our house was cleaned spotless all the time. The kids had their chores that they did, but she literally directed and ran the household every single day. One of the most challenging things for me is she paid every single bill in the house. I didn’t even know what bills were due and when. Call me ignorant, but she just took care of everything.”

Cancer struck the Verlennich family like a sucker punch to the gut.

“This caught us so off guard,” Dave said. “Honestly, I would tell you from the bottom of my heart, that everybody that knows us and everybody around us 100% believed that we were just going to walk through this like many, many others do and we were just going to keep going on with our life. We are keeping on with our life, but it sure isn’t the same.”

And keeping on meant the opening of Monsoon Coffee, the dream that had brought the family together and united them in the face of hardship. Gunnar works as a barista, Brett helps with social media, Luke works in Phoenix and comes home to help whenever he can and even Arika helps out in the trailer.

“We had decided right when she got sick that we were going to do this as a family business and we’re going to involve the kids in it, and that’s what we were going to do. It was going to be fun,” Dave said. “We’ve been having fun over the last week doing what we do. We’ve been meeting different people in the community and they’re enjoying it. They’re telling us how much they love it.”

Dave explained that his trailer was a way to create a different kind of coffee experience for Maricopans, who already have a lot of commercial and brick-and-mortar options to choose from for a cup of joe.

“We wanted to give you a high-end, specialty coffee served in — not a commercial environment — but in a friendly atmosphere and something that would really appease a lot of people. People want this, they want good coffee,” Dave said. “There’s several coffee shops in town, but we’re not competing with them. We’re in a different space and we do something different.”

The trailer serves all the classic favorites for coffee lovers including drip coffee, espresso, lattes and flavorings. But they also have their own unique beverages for customers to choose from for their morning caffeine fix. Their “Monsoon” drink, aptly named for the business, is an espresso over ice with a twist of lime and non-alcoholic tonic. Dave likens it to an Arnold Palmer.

“It’s very unique,” Dave said. “It’s not a love-hate thing. It’s you drink it and you go, ‘Wow, that is very interesting.’ And it makes you want to drink more.”

Another signature drink on the menu is the “Desert Bloom,” a coffee infused with lavender and honey made from bees that exclusively pollinate coffee flowers, giving the honey a coffee-like flavor.

Dave has thought these drinks through down to the bean itself. They source their beans from Onyx Coffee Lab, a company based in Arkansas that has won awards for their roasts and maintains a pledge to source their beans ethically.

“I think coffee should taste like coffee. You should get the flavor notes that are in a coffee,” Dave said. “Every coffee that there is — whether it’s from Ethiopia, or if it’s from Tanzania, if it’s from Guatemala, Mexico — they all have different flavor profiles based on the elevation in which they’re grown at (and) the types of coffees that they are.”

The business started serving up hot drinks the same day they received their permits, Oct. 31, handing out 150 cups of hot chocolate in under an hour for the residents of Cobblestone neighborhood out trick-or-treating that evening.

“We have had what I would call an amazing response,” Dave said. “We have had multiple repeat customers in just a couple of locations that we have went. They came back several times just in the week that we’ve been here to try some different things.”

Dave opened this coffee shop in the thick of healing for his family, and it has already become an important part of their lives.

“Our story is our story,” Dave said. “It’s about family, community and coffee. That order, I suppose, changes. We’re really about the coffee. We’re about the community. And we’re about our family. Our family is really an important thing. It always has been and we want it to continue that way.”

They keep their coffee fans up to date on their times and locations on their instagram page, @MonsooncoffeeAZ and on Facebook at Monsoon Coffee.