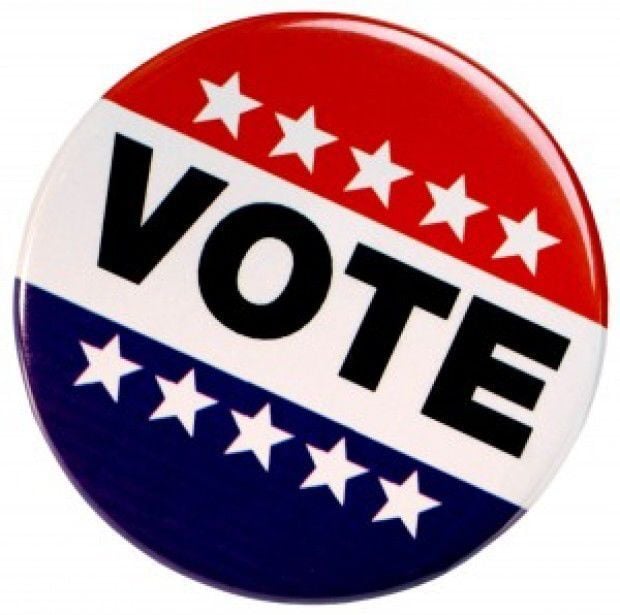 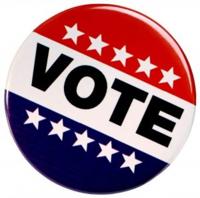 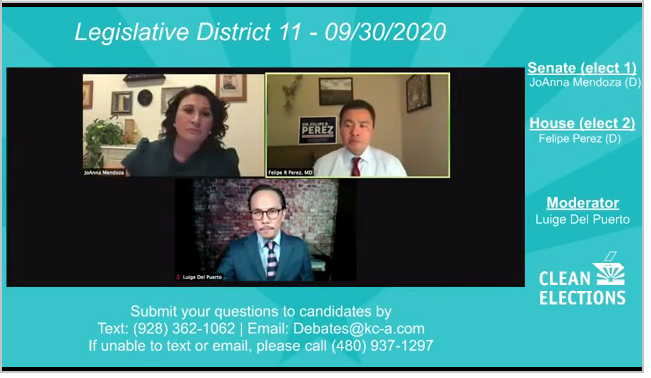 The Republican candidates for the House are incumbents Mark Finchem and Bret Roberts and write-in challenger Wade Murphy. Incumbent Vince Leach, a Republican, is also running for another term as District 11’s senator.

The two Democratic candidates gave their opinions on how the state government has handled the pandemic, who should be in charge of reopening schools during the pandemic, ballot measures to legalize marijuana in the state and bucking party leadership during the more than hour-long debate.

Perez, a physician who practices family medicine in the Tucson area, said more could have been done at the start of the pandemic to avoid having the state’s economy closed for so long. However, he agreed with Arizona Gov. Doug Ducey’s current plan to try and keep the economy open for as long as possible, even if new cases of COVID-19 start to rise.

Using a mask definitely helps to control the virus and getting that message out is important to helping reopen the state’s economy, keeping it open and making sure people are safe, he said.

Mendoza said state officials and elected leaders need to look at the science and listen to the professionals when it comes to controlling COVID-19.

Elected officials have a responsibility to protect the constituents that they serve, which includes passing “clear, concise guidance on safety precautions” and making sure that businesses have the equipment and resources to implement the safety procedures, she said.

Both Mendoza and Perez agreed that while the state should furnish guidelines on when schools should consider reopening their doors, the ultimate responsibility on when to reopen and what equipment to use to meet those guidelines should be left up to local school boards.

“There’s not a cookie cutter answer for how to do this, and communities are all going to be different,” Mendoza said.

While the guidelines should come from the state, the ultimate decision on how and when to reopen should be left to communities, Perez said.

“We need to get experts involved, epidemiologists involved, medical personnel, who are really coming down and figuring out what is best for our communities,” Perez said. “And making sure that they’re not creating a one-size-fits-all. It won’t work for everybody.”

Perez also said he would support a law that would protect small businesses from frivolous lawsuits due to a customer catching COVID-19. But first there would have to be clear guidelines from the state as to how businesses should and can protect their customers and employees from the virus, he said. A lot of businesses want these types of guidelines. Then if a business can prove that it followed those guidelines, it should be protected from a frivolous lawsuit.

Mendoza said she would have to see a clear definition of “frivolous lawsuit” before she could vote on a bill to protect small businesses. She agreed with Perez that the state should have issued clear guidelines at the start of the pandemic to help businesses protect employees and customers and provided resources to do so. If the state had done so, then a bill to protect businesses from COVID-19 lawsuits might not be necessary.

However, neither candidate could give an example of a specific guideline they wished Gov. Ducey had implemented.

There should have also been more input from businesses on the guidelines as well, she said.

Perez also said that mask mandates came too late. More businesses may have been able to stay open if masks had been required earlier.

Leadership from local representatives also matters, Perez said. Some local representatives declined to wear a mask or made fun of them until public pressure urged them to do so, and that sent a mixed message to the public that masks may not be effective. The state may not have had to shut down as much as it did if more people had been wearing a mask.

Both Perez and Mendoza supported decriminalizing marijuana but both had concerns with how Proposition 207 was written. However, neither candidate gave specifics on what parts of the voter initiative they disliked and neither would reveal how they would vote personally on the issue.

Proposition 207 would legalize the recreational use of marijuana for adults over the age of 21, tax it at 16% and ban the smoking of marijuana in public. Money from the tax would be used to support an academy for new teachers, teen health programs and highway safety.

Perez and Mendoza did say they would be willing to buck the Democratic Party leadership in the Legislature if they felt a particular bill was good for the state or their district.

The Democratic duo also did not support abolishing police departments in the state but did support reforms to how police operate and supplying more resources to police and social services to meet the needs of the public.

Mendoza and Perez said that police officers are asked to do too much and aren’t provided with the training or equipment to handle mental health or physical health emergencies.

It would be better to create a team of law enforcement and medical professionals that could handle such situations, Perez said.

Additional training in de-escalation techniques and other services might be helpful, Mendoza said.

Mendoza and Perez said both parties need to put politics aside in order for the nation to return to normal as soon as possible.