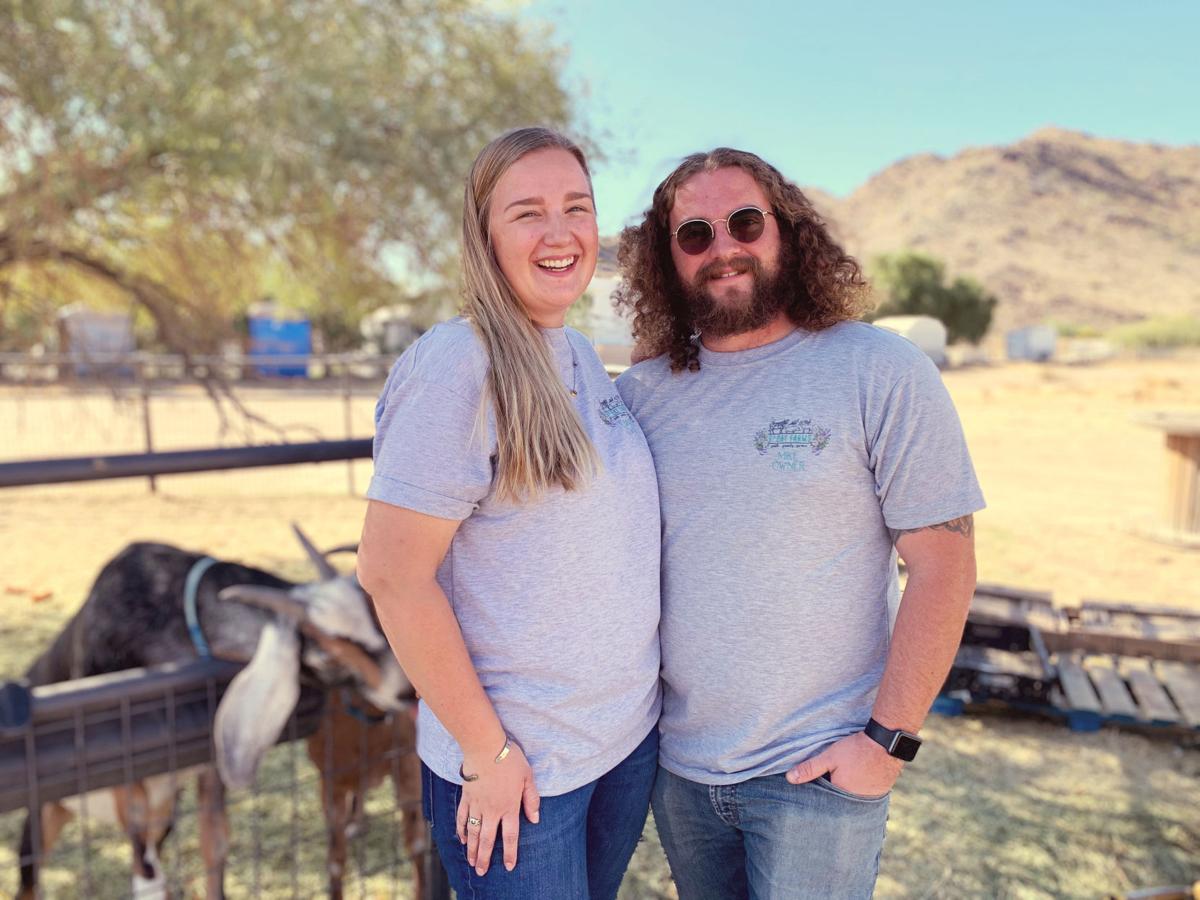 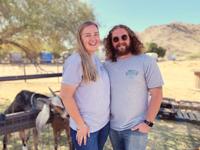 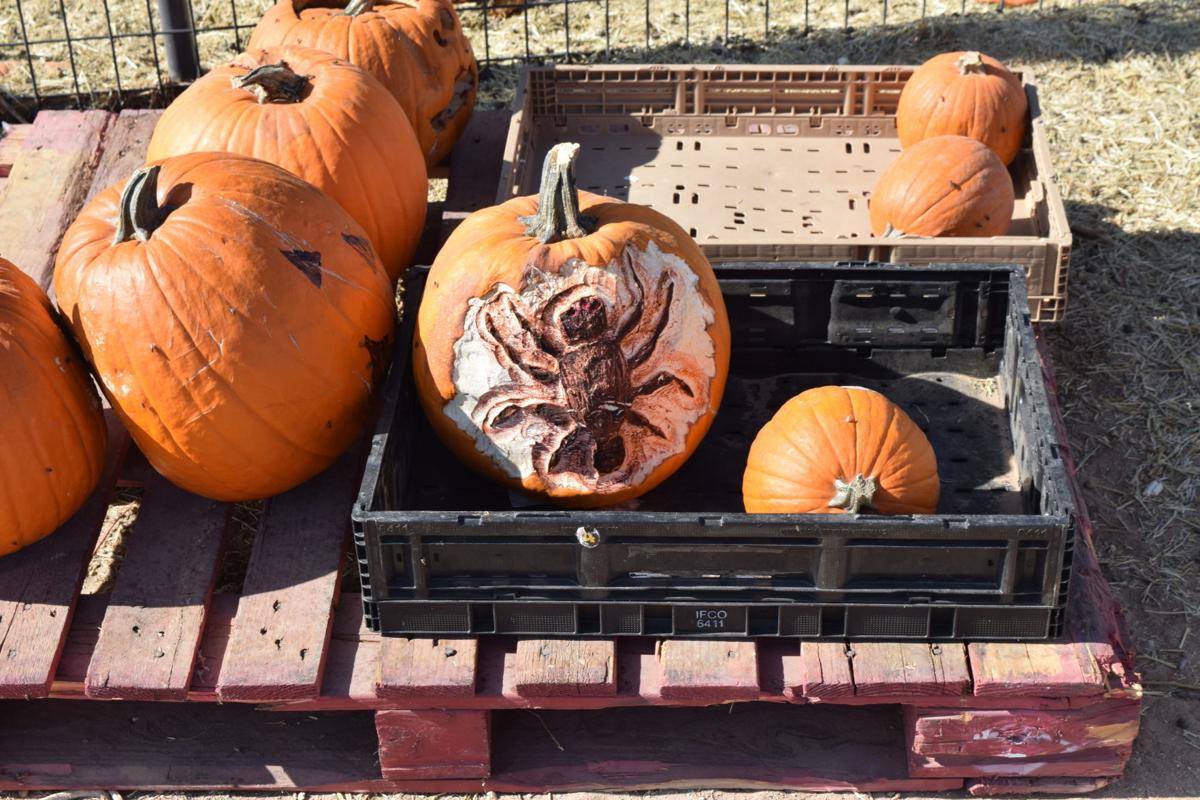 Crates of old Halloween pumpkins were delivered to 6th Day Farms in Hidden Valley as feed for goats and other animals. 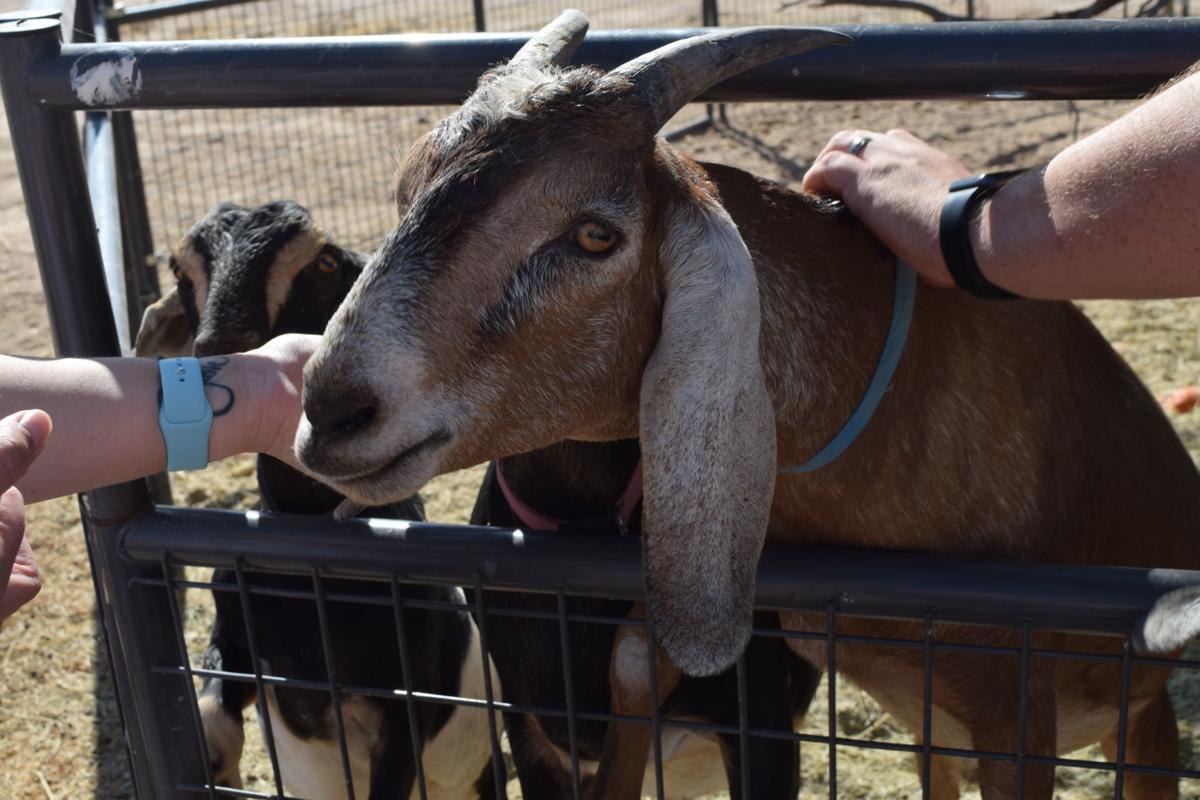 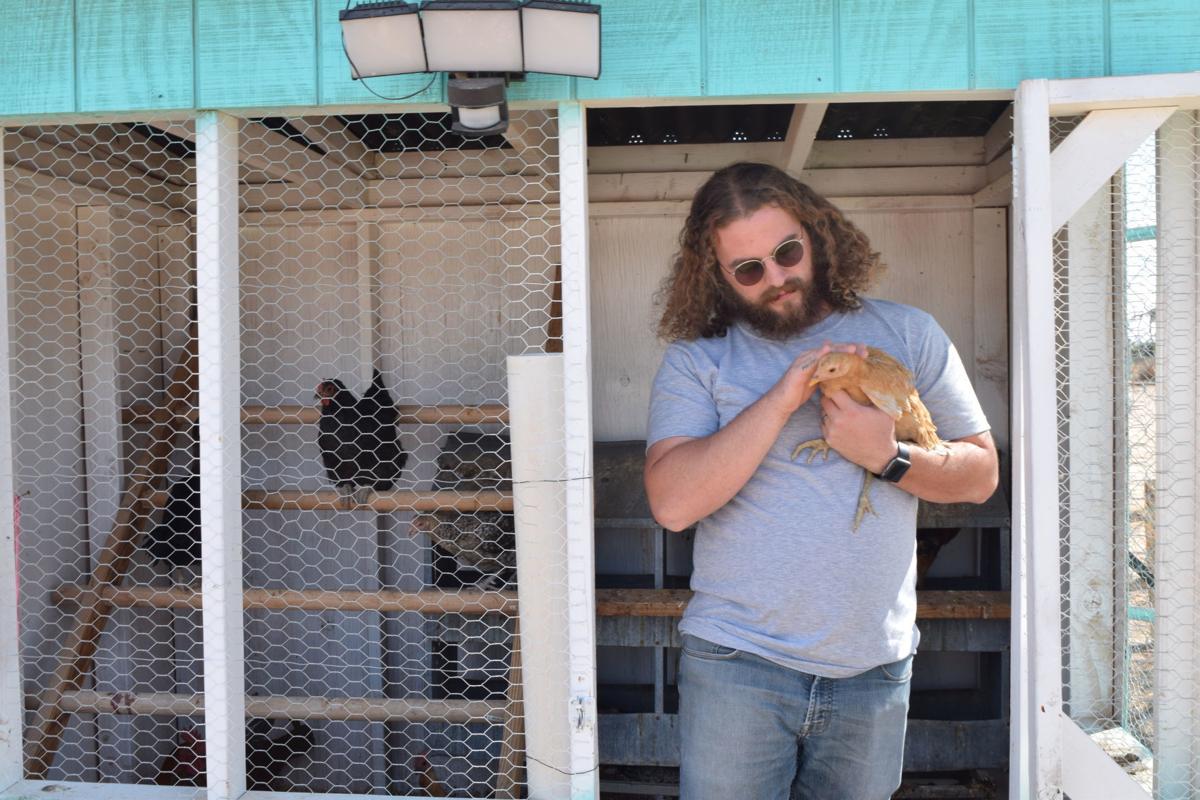 Michael Connelly holds one of the many chickens that can be found at 6th Day Farms in Hidden Valley.

Crates of old Halloween pumpkins were delivered to 6th Day Farms in Hidden Valley as feed for goats and other animals.

Michael Connelly holds one of the many chickens that can be found at 6th Day Farms in Hidden Valley.

HIDDEN VALLEY — The goats and chickens on Jennifer and Michael Connelly’s Hidden Valley farm were well fed last week on a diet of Maricopa’s old pumpkins.

6th Day Farms put out a Facebook post offering to take Halloween pumpkins, and were overjoyed — though a little overwhelmed — with the response from the community.

“I just thought, all of these people are throwing these pumpkins in the trash and they’re going in the landfill,” Jennifer said. “My animals would love this and maybe we can help each other.”

Jennifer made the post and went to bed, but by the next morning, Michael was waking her up with the news that the post was garnering far more attention than they had thought it would.

“He’s like, ‘There’s a whole bunch of messages and I don’t know what to do. I don’t even know how you’re going to pick up all these pumpkins,’” Jennifer said.

That’s when Copa Craze stepped in. With help from the owner, Danyle Nguyen, the Connellys were able to set up a drop-off point for the pumpkins. Between the two of them, they trucked loads of pumpkins into their property. Everything that wasn’t eaten by the lucky farm animals went to the farm’s compost pile to be reused for fertilizer and other uses.

“I’m so grateful,” Jennifer said. “Because of the incredible outreach of the community, next year I want to plan something maybe at the farm, maybe a day or two after Halloween, so people can come and pet the animals and meet us and just see what we do and maybe feed the animals a couple pumpkins themselves.”

With 25 adult chickens pecking their way around the property, two ducks, two dogs, two cats and six goats — soon to be 10 with the arrival of two sets of twins — the Connellys have their hands full.

“There’s 34 chickens in the living room,” Jennifer said, laughing. “And two human kids. They’re part of the zoo too.”

She does indeed have 34 chicks in her living room, under a heat lamp as winter descends on the farm.

This isn’t the couple’s first rodeo when it comes to farming. They met when they were just 13 in Illinois, where Michael helped out at his dad’s cattle ranch, eventually leaving school as a freshman to work there full time.

Jennifer’s friend had introduced them and, as Michael puts it, their friend said, “You gotta meet this dorky kid.”

The two were close friends until high school, when something sparked.

“If you had told me then that we’d be married for 12 years now, have two kids, I would have laughed,” she said smiling.

Married at just 19, they do most things together. They help run the Maricopa Pantry nonprofit organization and are involved in Mountain View Community Church — Michael as a deacon and Jennifer as a Sunday school teacher. They even share a birthday, Oct. 30.

So when they shared the dream of having their very own farm, one where their two daughters Molly and Aurora could run around freely, they knew they could put their plan into action.

Michael went back to school for his GED, and both attended college before moving to the area eight years ago. Life has moved quickly for the young family since then. They’d been renting in the Hidden Valley area in hopes of finding the perfect property to start their farm.

“We just prayed a lot and we were like, ‘Where do you want us?’” Jennifer said. “I promise you the moment we pulled up in the driveway, when our Realtor had us come look at the house, we saw that mountain and I’m like, ‘This is it. God is telling us this is it.’”

They moved into their home in May 2018 and were able to start selling their chickens' eggs last month. Framed in their kitchen is a $10 bill, marked “Oct. 11, First Sale.”

It wasn’t easy getting started, however. Over the summer the family left for vacation and came back to find their chicken coupe open and 28 chickens gone, along with a turkey. The predator wasn’t spotted by the pet sitter, and the chickens were unfortunately lost. But it’s back to business for the Connellys, who have several fenced-in pens for their animals.

They already have a long list of people wanting the farm’s homegrown eggs, but Jennifer and Michael have bigger dreams for their little farm than just egg sales, including a future store, canning classes and a garden.

“We have a lot of really big plans. I mean, first of all, it was just our ‘farm come true.’ That’s what I call it,” Jennifer said. “How can we expound upon this and make it something we can bless other people with? Not just like a petting zoo or not just something that we do, but how can we bring food bank, community, other businesses (together) and just spread this blessing. Because I feel like God has given us this for a purpose that’s bigger than us.”

But for now, they’re happy living out their dream on their homestead and personal farm, homeschooling their two little girls, attending church and giving back to the community.