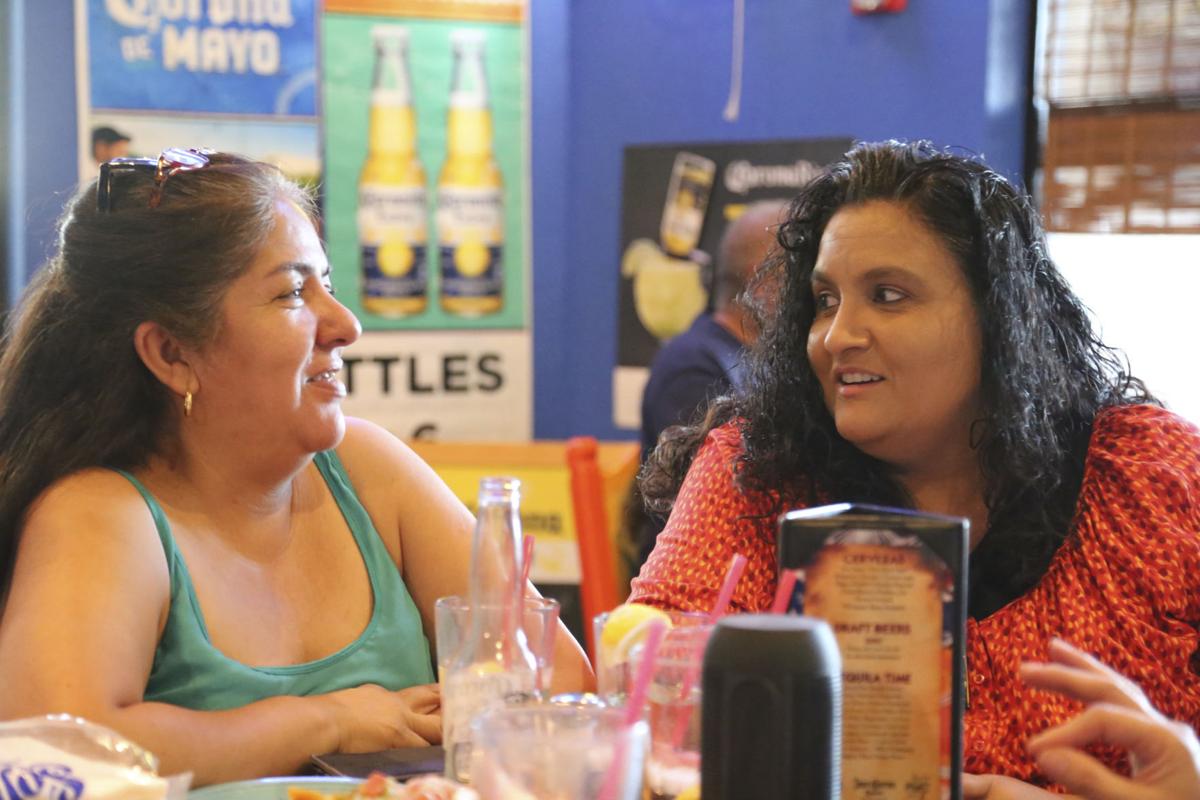 Gabriela Bandala chats with Maricopa Councilwoman Julia Gusse, right, during the first mixer sponsored by the Maricopa Hispanic Chamber of Commerce, which was created to bring together the Hispanic business community. 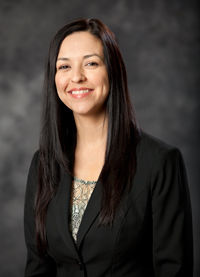 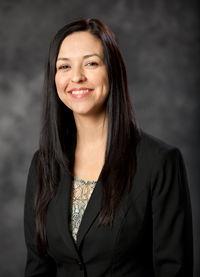 City of Maricopa Clerk Vanessa Bueras is one of 47 people in Arizona to received the designation of Master Municipal Clerk.

Gabriela Bandala chats with Maricopa Councilwoman Julia Gusse, right, during the first mixer sponsored by the Maricopa Hispanic Chamber of Commerce, which was created to bring together the Hispanic business community.

City of Maricopa Clerk Vanessa Bueras is one of 47 people in Arizona to received the designation of Master Municipal Clerk.

MARICOPA — Although it’s their job to serve all the constituents in Maricopa, Councilwoman Julia Gusse and City Clerk Vanessa Bueras said they find a special fondness in serving Hispanics in the community.

As Latinas themselves, they said they want to ensure all citizens are treated equally. To do that, it sometimes means these women go beyond their job descriptions to help a person in need or use their political platform to become an advocate for this specific group of people.

“I think with a larger percentage of our residents being Hispanic, I can help them when it comes to elections,” Bueras said. “All of the material that goes into their homes has to be translated in Spanish, and I do all of that translation.”

Bueras graduated with a degree in Spanish and said she always knew she either wanted to serve in the courts or with a city, so this was the perfect position for her.

She also oversees the front desk, so if a person comes in with a general question or needs resources, she can provide those while at the same time making the person feel comfortable.

Going beyond the administrative duties, Gusse said being in the official positions allows the women to be relatable to Hispanics, so that when they do have a need, they won’t be afraid to step forward with that.

“The Historical District here in Maricopa is predominately Latino, so it helps to have an elected official who speaks Spanish also,” Gusse said. “But also culturally, I think it’s important that individuals — from little ones in school to the older community — see someone that looks like them who is representing them within politics here in the city.”

Both city officials expressed how much they love their jobs and the opportunities the job gives them to help people in need. They said they can be advocates for Hispanics in the community as well as recognizing them for their outstanding accomplishments.

Going along with that, the city recently established a Cultural Affairs Committee that works to ensure there are events to celebrate cultures across the spectrum as well as acknowledge the good work people are doing in the community.

That is why Gusse reiterated the reason why the city puts so much effort into celebrating Hispanic Heritage Month.

“I think it’s important, not only for us as representatives of the city, but it’s also important for the residents in our community that we acknowledge their contributions within our community,” she said.

In honor of Hispanic Heritage Month, which runs through the middle of October, each week PinalCentral will feature a prominent Hispanic member of the Maricopa community.

Visit PinalCentral.com or read the Maricopa Monitor every Tuesday to read those stories.

Maricopa Hispanic Chamber of Commerce in business of helping businesses

When Frances Soto moved to Maricopa five years ago, she fell in love.

Maricopa to host variety of events for Hispanic Heritage Month