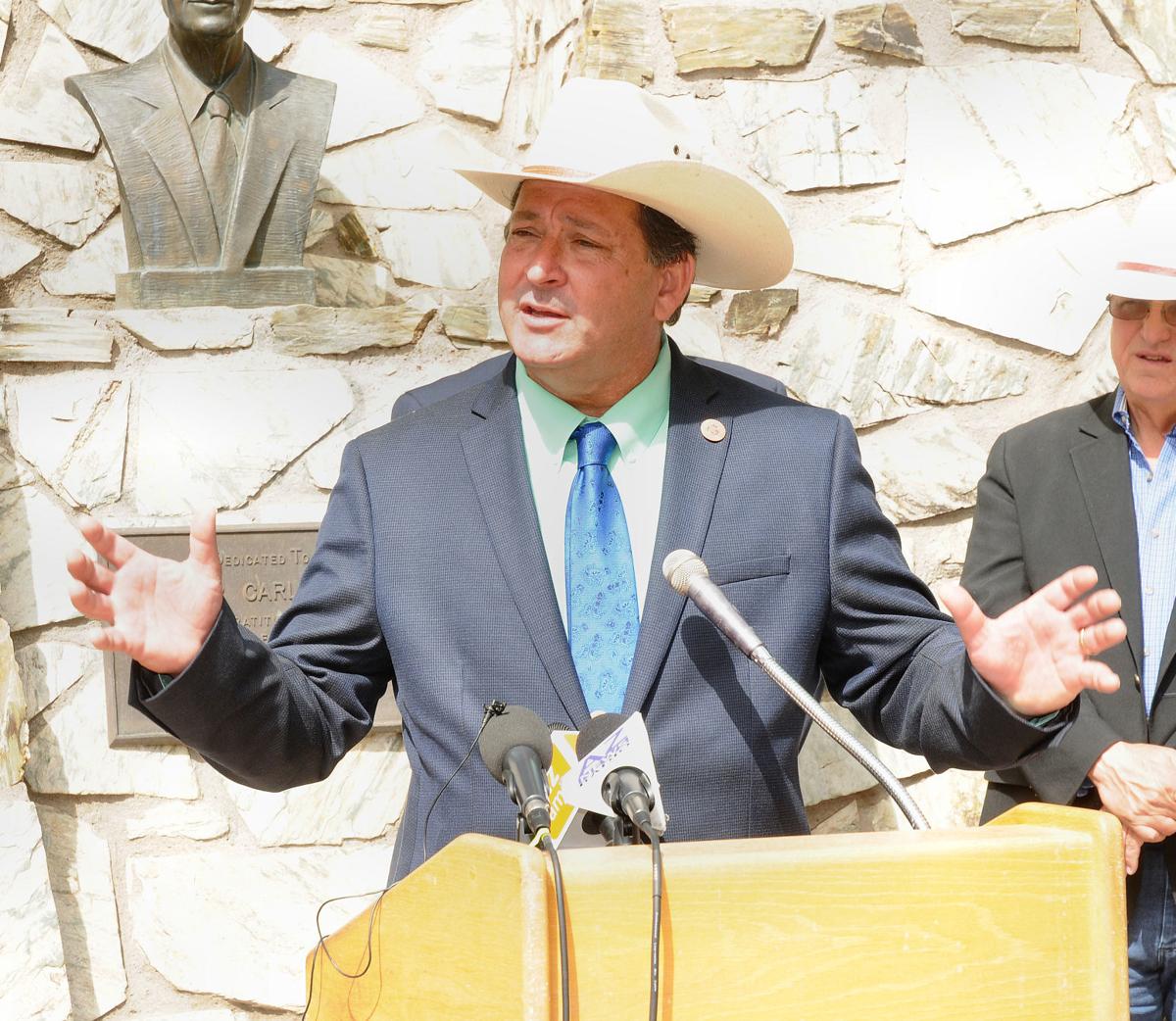 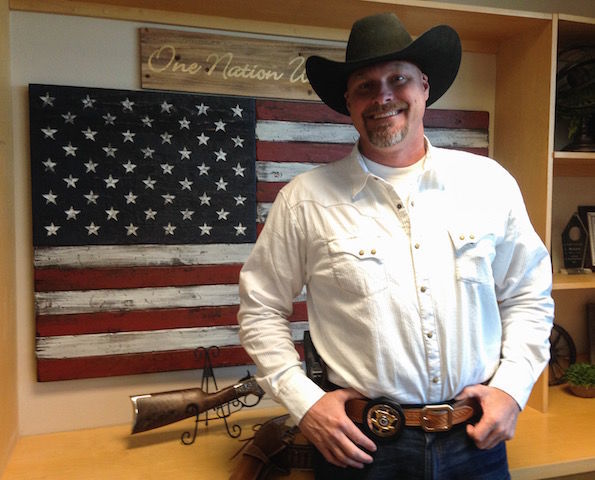 PHOENIX — An ethics complaint against Rep. David Cook, who represents much of Pinal County, includes accusations against Sheriff Mark Lamb and lobbyist AnnaMarie Knorr in what is described as a “bribery” scheme.

The Arizona House of Representatives on Wednesday released two complaints it received concerning the alleged misconduct by Cook, R-Globe. The first was submitted by Coolidge resident Janell Alewyn questioning why Cook is still allowed to represent her District 8 despite accusations of conflict of interest.

Last month a newspaper report raised questions about a possible romantic relationship between Cook and Knorr, a lobbyist with Western Growers. Both have said they’re friends and their relationship did not cross ethical boundaries.

Cook sits on two committees overseeing bills of interest to Knorr’s organization and has sponsored bills that she and Western Growers have supported.

Cook did not immediately respond to messages seeking comment about the ethics complaints.

Following the report, Western Growers placed Knorr — who also serves as the president of the Maricopa Unified School District Governing Board — on administrative leave as it investigates the matter.

“Our elected officials must be held to a higher standard,” Alewyn wrote in a letter to House Ethics Committee Chairman T.J. Shope. “If a private organization can recognize this obvious problem, surely our Legislature’s leadership, and your Ethics Committee, should take appropriate steps to ensure the impartiality and integrity of our lawmakers and stop corruption immediately when these issues arise.”

Shope said he’ll temporarily recuse himself from the panel because he and Cook represent the same legislative district. Shope oversaw an investigation last year of Rep. David Stringer that surfaced a police report from the 1980s showing Stringer had been arrested for soliciting sex from boys.

It’s in the second complaint where new and even harsher accusations against Cook popped up.

In a letter to House Speaker Rusty Bowers, former Pinal County sheriff candidate Kevin Cavanaugh — who dropped out of the race and eventually worked for Lamb’s campaign and in Lamb’s administration before resigning to run for multiple other offices — described his knowledge of a bribe involving Cook and Lamb concerning a piece of property owned by Knorr’s family.

According to Cavanaugh, the Sheriff’s Office was supposed to conduct a civil forfeiture over a tax debt of approximately $140,000 on Sept. 26, 2018. Cavanaugh claims that Cook himself told him later that day he had asked Lamb not to seize the property, and that Lamb agreed to the request in exchange for a campaign contribution arranged by Cook.

Cavanaugh said he then talked to Lamb, who expressed irritation over Cook’s behavior. In a phone call that took place in November 2018 between Cavanaugh, Lamb and Lamb’s campaign manager James Tanner — a recording of which was played for PinalCentral but could not be verified — Lamb confirmed he had received a donation he did not want to cash out of concern that he would get people in trouble.

Cavanaugh said he recently talked to County Assessor Douglas Wolf about the civil forfeiture in question, and Wolf told him the money still hadn’t been collected.

Lamb said he halted the seizure when he learned of it from Cook, but he never discussed a campaign contribution. Rather, he said, he wasn't aware of the pending seizure and wanted to first come up with protocols for property seizures before proceeding.

“As a sheriff and sheriff's office, we are always looking for ways to protect our citizens, their property and their businesses from government overreach,” Lamb said in a statement. “This includes giving businesses every opportunity to resolve tax issues prior to seizing the business and assets, which should always be a last resort."

Wolf confirmed to PinalCentral that about $142,000 in tax debt related to heavy equipment on Knorr Farms remains uncollected. He said the sheriff has the sole constitutional authority to conduct forfeitures, and the office typically doesn't notify the Assessor's Office of when they are going to do it until a few days prior to avoid word getting to the property owner.

In the case of Knorr Farms, which is located west of Stanfield and south of Maricopa, Wolf said he had only heard about the seizure the day before it was supposed to happen. Then, the sheriff notified him that it was called off because Lamb had some issues with the process.

Wolf said he understands why that would be. Lamb had only been sheriff since 2017, and the previous administration under Paul Babeu had stopped conducting forfeitures during its final years. It would make sense, Wolf said, to be caught off guard by everything that goes into forfeitures. He instead wanted to have a public meeting in front of the Board of Supervisors to explain the process.

"I think it caught him by surprise how this all worked," Wolf said. "From his standpoint, he said let's hold this off and have a couple meetings with the county staff to see how everything works."

Cavanaugh noted that he worked to get both Cook and Lamb elected, expecting them to serve in an honorable way. Quoting the biblical story of Achan, he said neither has done so, and now he worries that House Republicans are risking their majority by not taking action against Cook before the 2020 election gets in full swing.

“The secret sin and covetousness of men have drawn numbers of other of the family into potential punishment,” Cavanaugh wrote. “It is not right to protect these men and cause the entire Republican party to figuratively (be) stoned to death for concealing their sins.”

“At no time did Rep. Cook ask me to do any favors nor was I offered any campaign contributions in return for not seizing a business and property,” Lamb said.