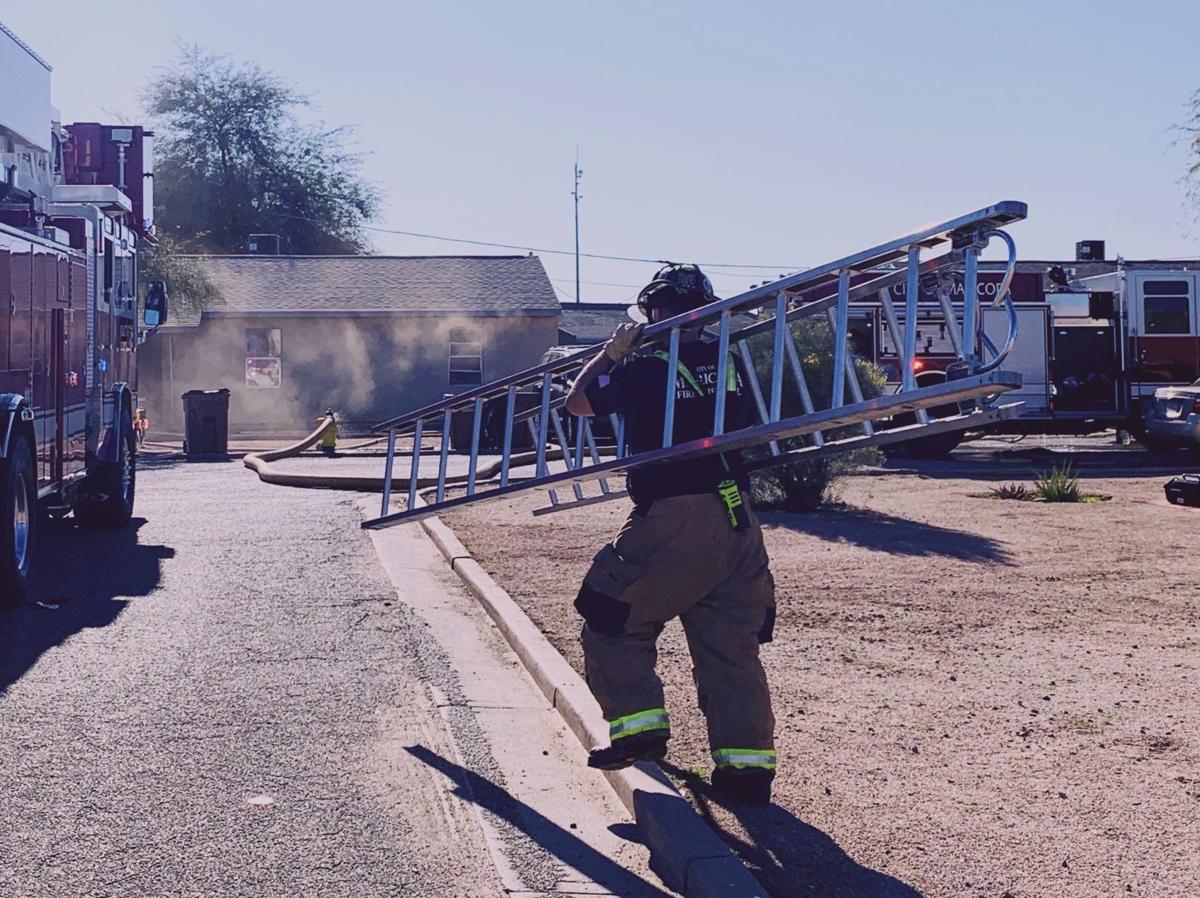 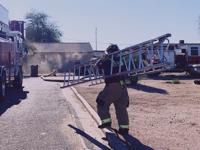 A firefighter walks with a ladder toward the fire at a duplex Thursday in Maricopa. 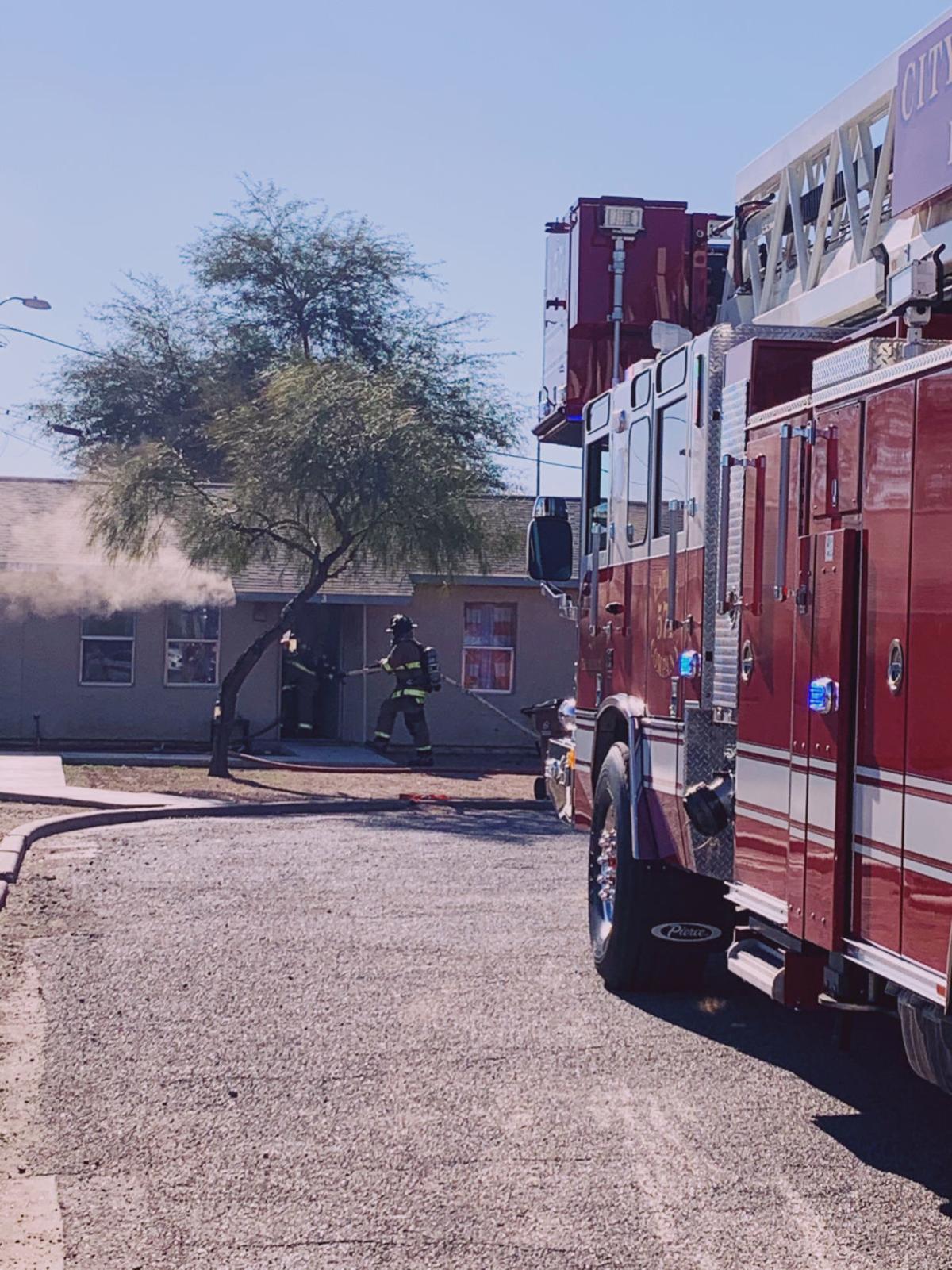 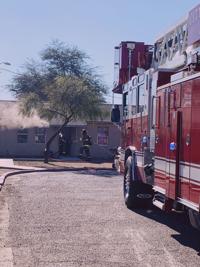 Smoke billows out of a duplex Thursday as firefighters attempt to smother the flames.

A firefighter walks with a ladder toward the fire at a duplex Thursday in Maricopa.

Smoke billows out of a duplex Thursday as firefighters attempt to smother the flames.

MARICOPA — Smoke poured out of a duplex next to Maricopa Head Start on Thursday.

A lonely Christmas wreath was still hung on the door of the Edwards Circle complex as firefighters rushed in and out of the building attempting to smother the apparent stove fire.

Four Maricopa fire trucks and administrative staff were on scene along with Maricopa police to surveil the fire. Early reports indicate there were no residents inside at the time of the fire, though a medical crew was also on hand just in case.

Brad Pitassi, spokesman for Maricopa Fire Department, stated it received a call at around 2:20 p.m. reporting a fire in progress. However, he did not know if it was a resident or a passerby who called it in.

They initiated their “three-in-one house fire response,” a protocol that enables the local fire department to deploy three trucks including one with a ladder. Trucks from Chandler, Goodyear and other partnered communities were also en route to the location.