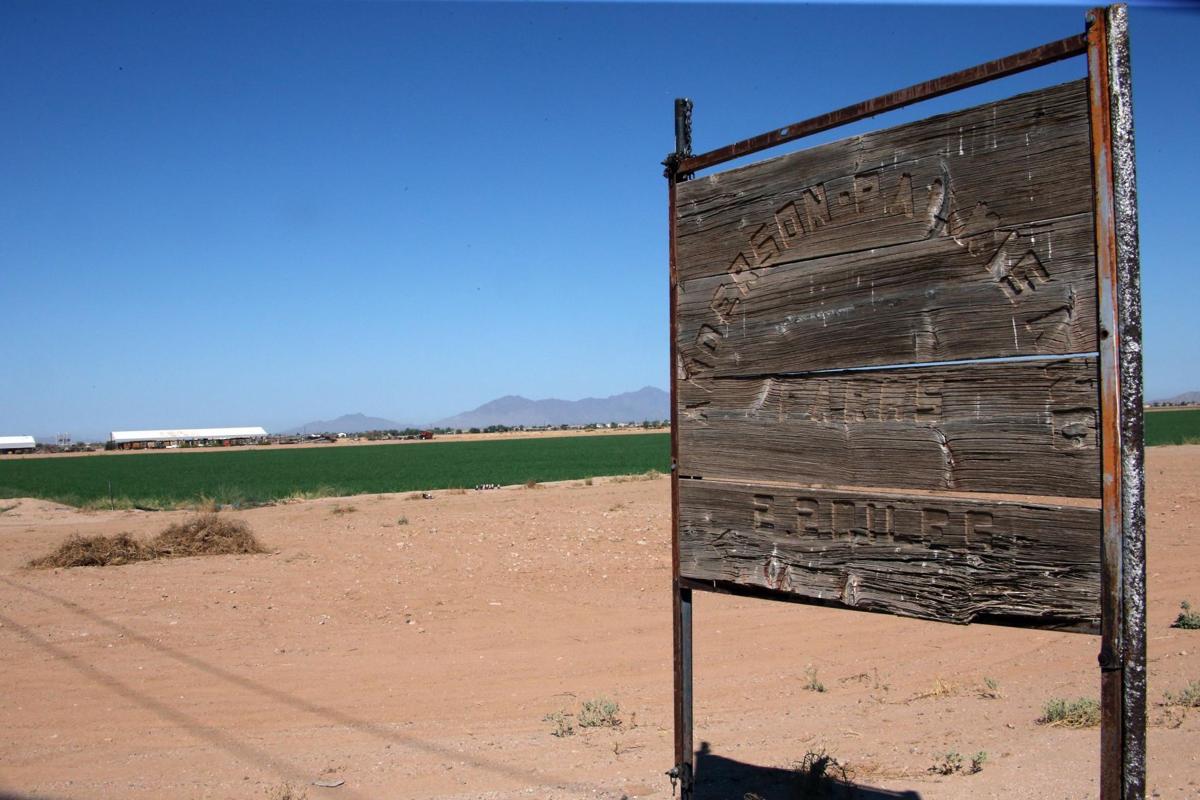 Anderson-Palmisano Farms, adjacent to the land that was to house a second high school in Maricopa, is not signing a pesticide covenant necessary for construction to move forward. 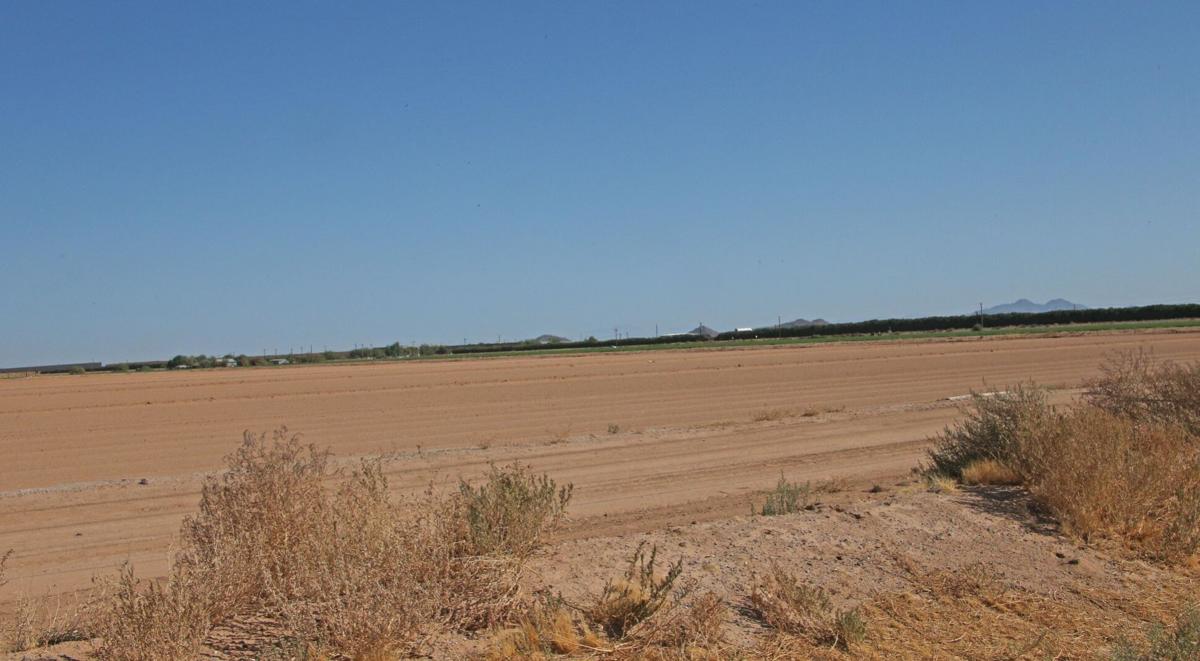 The Cortona site that was to house a second high school in Maricopa is now up in the air as a neighbor refuses to sign a pesticide contract. 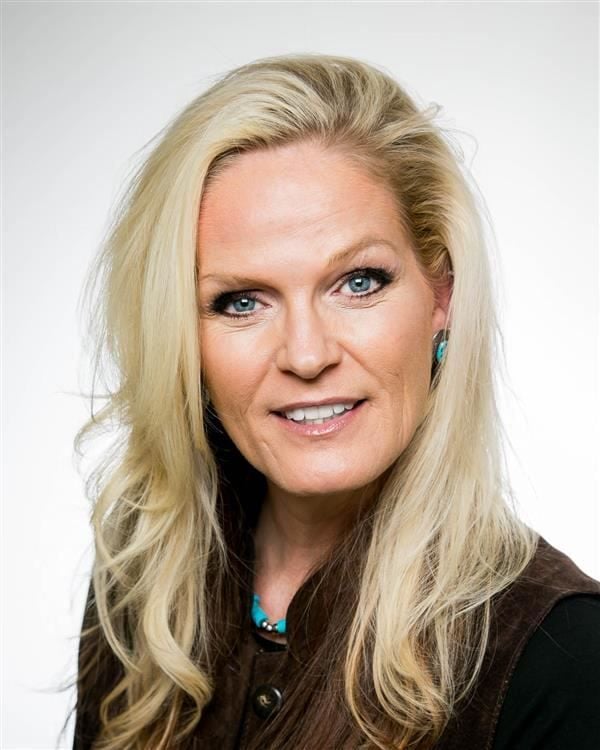 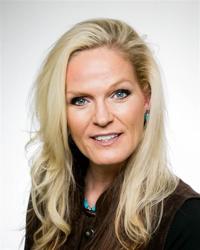 Anderson-Palmisano Farms, adjacent to the land that was to house a second high school in Maricopa, is not signing a pesticide covenant necessary for construction to move forward.

The Cortona site that was to house a second high school in Maricopa is now up in the air as a neighbor refuses to sign a pesticide contract.

MARICOPA — The land selection for a second high school in Maricopa is at a standstill after it was revealed at Wednesday’s Maricopa Unified School District board meeting that an important pesticide covenant had fallen through with a neighboring land owner.

The land owner in question, Kelly Anderson, is the husband of board member Torri Anderson and was present at Wednesday night’s meeting. Kelly Anderson addressed the board and read a letter about the second high school he claims he sent to the board on May 19 that had not been read publicly.

“We feel this site is not in the best interests of the district, the city, the Volkswagen test facility and especially the surrounding farmers,” Kelly Anderson said, reading his letter. “On behalf of our family farm, I strongly oppose this location. In full disclosure we were approached by a contracted broker that the district was looking for 40 acres for a magnet-type high school due to the failure of the recent bond election.”

He went on to say that the family’s land ultimately was not chosen for the location. Torri Anderson would later confirm this, stating they had been removed from the consideration in February. However, this was not known by other board members until Wednesday night.

Kelly Anderson also alleged the board had not responded to his letter or contacted him before now.

“I’m here to protect my wife, I’m here to protect myself, because we do not know what was said about us in that (executive) session, and more importantly, the community does not know what the board directed staff and legal to do about my letter,” Kelly Anderson said. “This letter is four months old, President Knorr. I have not heard from you regarding my issues or concerns about the site.”

The executive session in question occurred at a May 13 board meeting, where Torri Anderson recused herself from the session due to her conflict of interest. The three remaining board members, AnnaMarie Knorr, Ben Owens and Patti Coutre, made the decision.

The Andersons’ property is across the street directly north from the Cortona site at the intersection of Farrell and Murphy roads. Anderson-Palmisano Farms is the only neighbor to refuse to sign the pesticide covenant, an agreement with the district that there would be no pesticide use within a quarter mile of the school and a requisite for the land application to continue.

Mark Rafferty, partner for the Facilities Management Group, confirmed there is no way around the covenant.

Superintendent Tracey Lopeman took the board back through the process of land procurement they had spent the last year completing, reiterating the timeline before bringing the board abruptly to the present.

“Tonight, we find ourselves without land,” she said. “We’re at a critical point, because we need to open a high school in July of 2022 and we are needing to engage the School Facilities Board regarding the land application. Everything we’ve done to date is relevant and specific to the site selected in April.”

In order to continue with the timeline, the district would need to submit a final land application in November with the covenant and other requirements.

Knorr addressed the fact that Torri Anderson’s husband is the land owner in question, and asked if Lopeman had gotten in touch with the Andersons. Lopeman began to say that Kelly Anderson had been contacted, but Torri cut in.

“No, I’m telling you nobody has called and I find that extremely offensive, and it is below what this district expects,” Torri Anderson said.

“My understanding is not only the broker but the attorney has reached out,” Lopeman responded. “I’m careful about interfering in the process because I have committed to making sure this is, from our perspective, clean. I have not engaged in any negotiation with any prospective seller because that would be tainting the process.”

MUSD hoped to receive the pesticide covenant last Thursday to stay on track with the land application, having already completed the first two pieces.

Lopeman estimated that without the covenant, the timeline would be set back six months and said it would seriously jeopardize the goal to open in July 2022. She also noted the fact that the only high school in Maricopa is currently 600 students over capacity and the end of a portable unit lease correlates with the projected opening date of the new school.

When it began a search two years ago, the district sought a property of about 60 acres. Since the land choice process began in January though, land prices have skyrocketed 20-25%. Construction costs have also gone up about a half-point every month.

Owens estimated a loss of $2 million in funds as a result of value change on the land and a six-month delay should they have to pick new land.

“With that $5 million that we as a board authorized to make some of those upgrades,” Owens added, “we’re going to see less of that $5 million go in to be able to actually do what it’s supposed to do.”

The board had voted unanimously last month to approve a $5 million loan to help cover the additional needs the high school would have.

At that meeting, Anderson had asked just before the vote, “If for some unforeseen reason, we have to go search a different site — I’m just, pie in the sky — will this resolution be transferable to another property? Because it’s $5 million and I just want to make sure, because right now it’s dedicated for the Farrell and Murphy road(s) second high school.”

MUSD Business Director Jacob Harmon had replied the monies would be used by the discretion of MUSD once voted in.

It was unclear at first what the reasoning was behind Kelly Anderson’s belief that the Cortona site was not in the best interests of the community. Knorr reiterated the importance of the consent and requested that Lopeman continue attempting to receive the pesticide covenant.

Torri Anderson mentioned some of the off-site costs associated with the high school, like road construction and maintenance.

“I would like to see a number for those road costs,” Torri Anderson said.

Knorr and Lopeman stated those numbers had been announced during the summer, and both a work study and truth in taxation session had been conducted. Torri Anderson said her concern was with the use of taxpayer funds, citing her “conservative” concerns.

Owens would clarify that the tax will not affect Maricopa homeowners and will only affect certain primary land owners.

Anderson then clarified her stance further and made some requests, asking for photos of neighboring plots of land.

Mishell Terry, spokesperson for MUSD, had confirmed back in May that the high school would not be in school district boundaries and would instead be in the Casa Grande Union High School District. However, the school would still be within the city boundaries.

“The school will be built by Maricopa Unified School District, and MUSD students who live within MUSD boundaries have priority admission,” Terry stated. “We will enroll students from neighboring districts when space is available. In Arizona, an open enrollment state, it is common to welcome students from other districts as long as there is space available.”

Coutre then addressed Anderson directly, pointing to her long history in Maricopa and asking, “Where do you envision finding 60 acres that’s not in a floodplain that won’t have that much infrastructure?”

Anderson claimed she had known about two other lots, but “Ben did not talk to them.” Anderson was not involved in the search for the high school property as her property was involved in the land purchase.

“It’s unfortunate that you were conflicted out of that, but you were not there so you can’t understand the extensive amount we went through,” Knorr said. “You’re so opposed to this site, can you explain to me what makes it so much worse than your farm which is next door that was offered?”

Anderson did not wish to discuss the matter “from the dais” but said their property was removed from consideration in February and they were asked not to involve themselves in the land acquisition after that point. That was new information to the board.

The board members involved in the land acquisition pointed to the fact that Maricopa is growing predominantly east, and most other property in the area has floodplain issues, as key factors that led to the decision on the Cortona site.

The high school land item was for discussion only at the Wednesday meeting, and Lopeman said that if nothing changed before the next meeting Oct. 14, the district would be able to put an action item on the agenda to move forward with acquiring new land.

Knorr encouraged the district to continue reaching out to the Andersons in hopes they would change their mind.

MUSD board learns what minimally funded high school will look like

MARICOPA — With plans for the second high school on Farrell and Murphy roads taking shape, M…

MARICOPA — Weeks after the entire process threatened to be undone due to a dispute over a pesticide covenant, the Maricopa Unified School Dist…