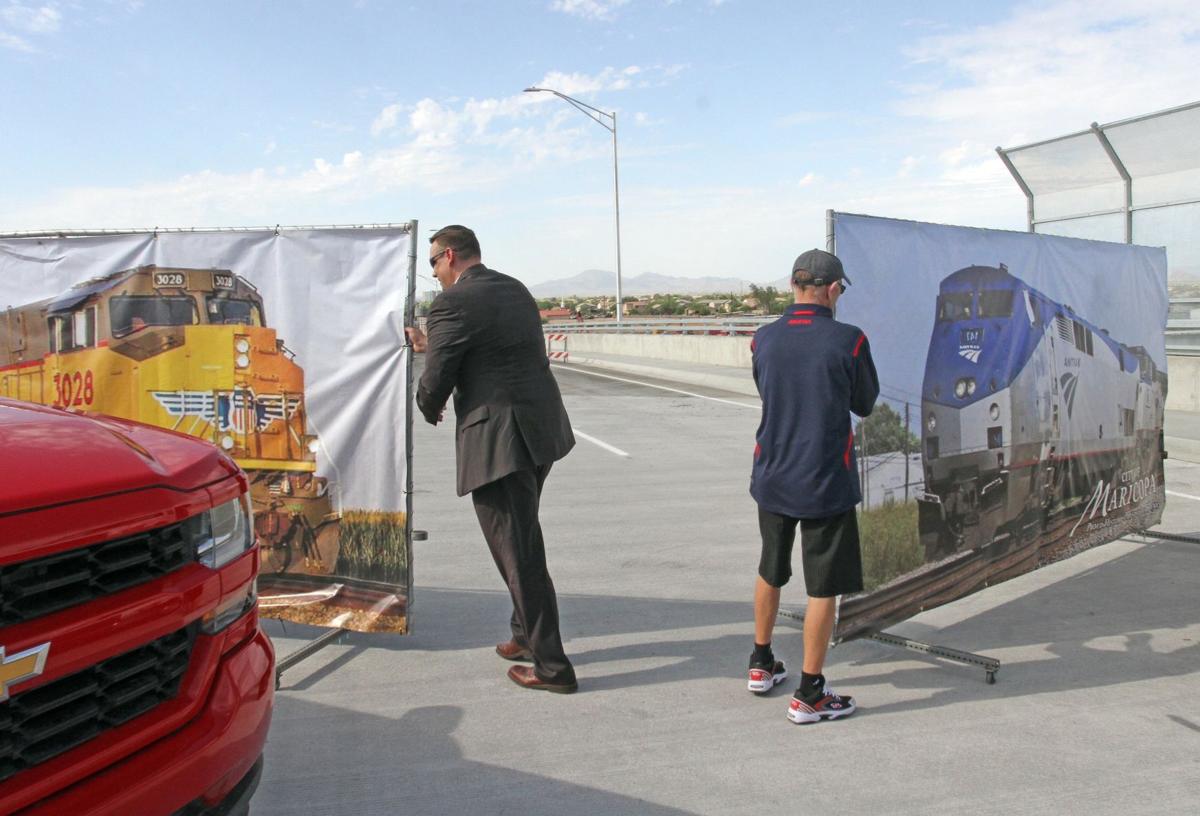 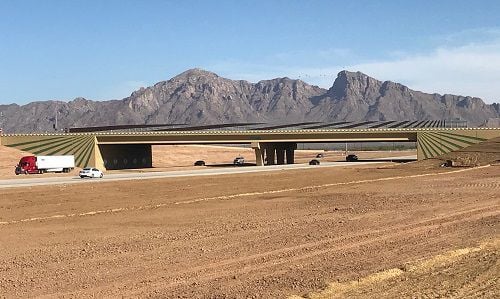 The bridge at the junction of State Route 87 and Interstate 10 was completed in 2019.

The bridge at the junction of State Route 87 and Interstate 10 was completed in 2019.

John Halikowski, director of the Arizona Department of Transportation, announced that the State Route 347 overpass in Maricopa and the Interstate 10-State Route 87 interchange in Picacho were among three projects recognized in the 2020 America’s Transportation Awards competition.

Sponsored by the American Association of State Highway and Transportation Officials, the U.S. Chamber of Commerce and AAA, America’s Transportation Awards showcases transportation projects delivered by state departments of transportation. There were 79 projects nominated nationwide in three categories.

Under the category “Best Use of Technology and Innovation — Large Project,” ADOT won for the Loop 202 South Mountain Freeway project. As the first public-private freeway project in ADOT’s history and the state’s largest single highway project at $2 billion total, the Loop 202 South Mountain Freeway project is the final leg of the loop transportation system in the metropolitan Phoenix area that connects the West Valley to the East Valley. Using the P3 method, ADOT built the freeway as a single project and saved nearly $100 million. The state is already witnessing the economic development opportunities in the area and reduction in commute times for drivers.

Under the category “Quality of Life/Community Development — Small Project,” ADOT tied for first place with the State Route 347 at Union Pacific Railroad project. The state built a six-lane divided overpass with raised medians and sidewalks to carry traffic, bicyclists and pedestrians over the railroad tracks in the city of Maricopa. Now, the community doesn’t have to wait for trains to pass by on its main north-south corridor. The city of Maricopa is reaping the benefits of the project with shortened emergency response times and construction has begun on several commercial projects. Most importantly, drivers, pedestrians and bicyclists can safely travel on this major corridor without delay due to train traffic.

Under the category “Operations Excellence — Medium Project,” ADOT tied for first place again with the I-10/SR 87 Improvement Project with Dust Detection System. This project added a travel lane in each direction on a 4-mile stretch of Interstate 10. ADOT also built a modern interchange at SR 87 with two lanes in each direction plus turn lanes and traffic signals over the Union Pacific Railroad tracks. But the cornerstone of the project is the installation of a first-of-its-kind dust detection and warning system. Blinding dust storms in the area between Tucson and Phoenix have been a safety concern for years. The dust detection system is helping to improve safety for the traveling public.

As regional winners, the projects will be considered for the next phase of the nationwide competition, making it into the “Top 12” list. These 12 projects compete for the two top prizes — the Grand Prize, chosen by an independent panel of judges, and the People’s Choice Award, which is determined by the public through online voting this fall.