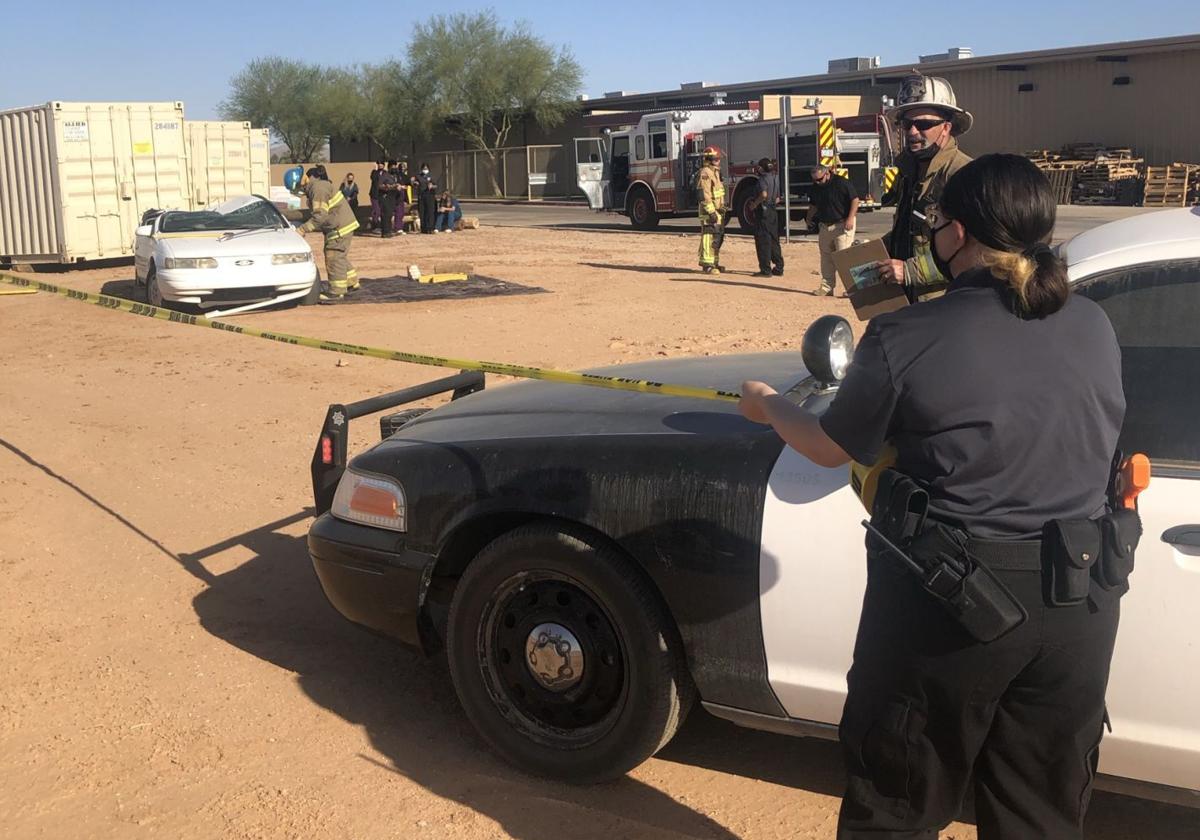 Students in the law enforcement and fire safety programs at CAVIT partake in a crash scenario in May at the school. 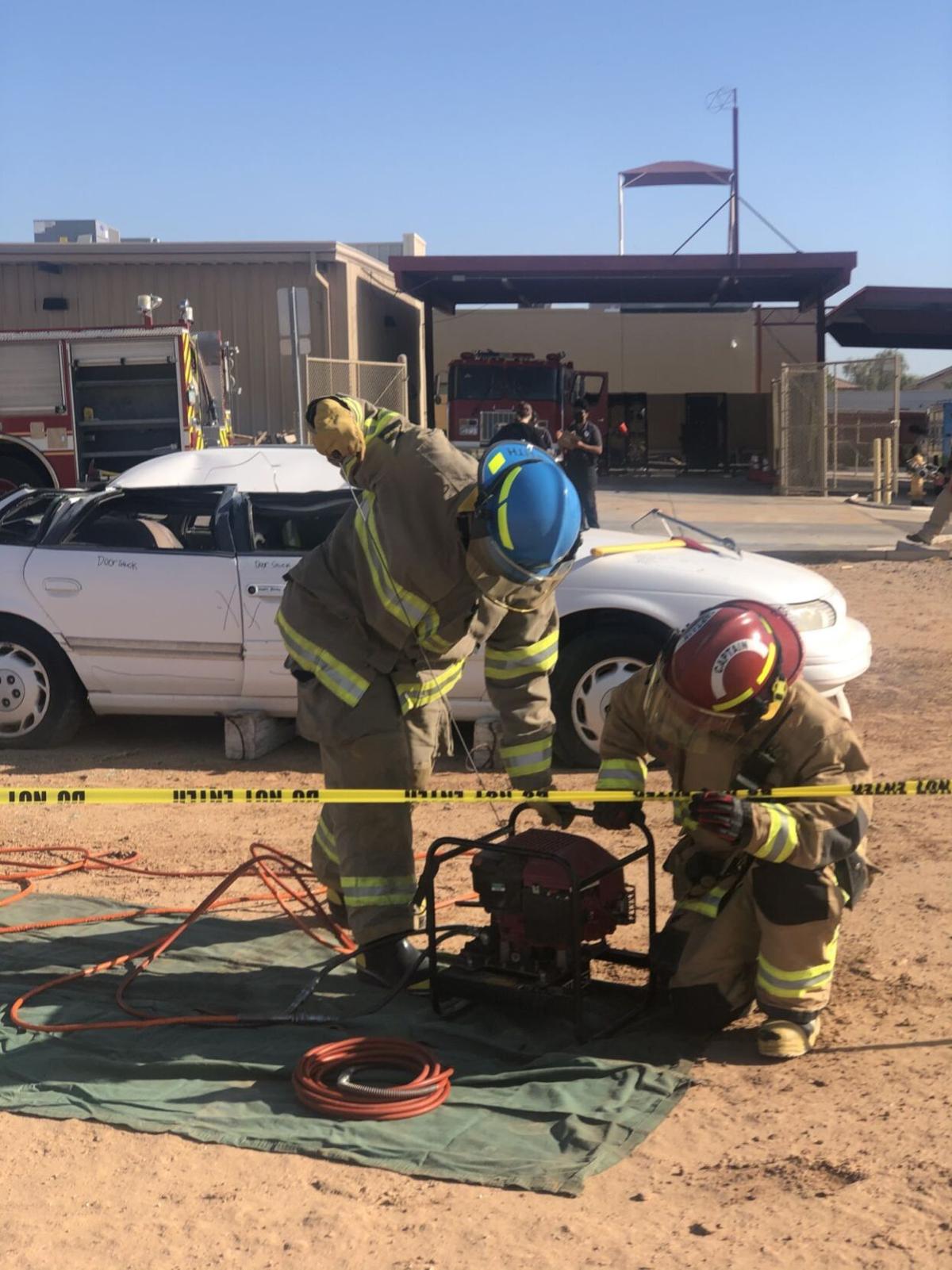 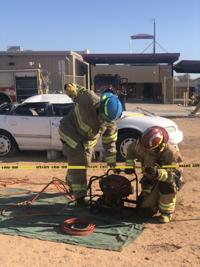 Students in the law enforcement and fire safety programs at CAVIT partake in a crash scenario at the school last month.

Students in the law enforcement and fire safety programs at CAVIT partake in a crash scenario in May at the school.

Students in the law enforcement and fire safety programs at CAVIT partake in a crash scenario at the school last month.

COOLIDGE -- The end of school, just before summer vacation, is a slow time for many students. To keep them engaged in the final weeks of class this year, CAVIT fire science instructor Bob DiPietro partnered with law enforcement instructor Sonny Hudson to set up a real-world emergency scenario for students to practice the skills they learned during the year.

This crash scenario involved a driver who was either drunk or distracted, a totaled car, and a manikin “passenger” trapped in the vehicle with a steel rod through the chest. While fire science students worked to save the passenger, law enforcement students investigated whether a crime was committed.

According to DiPietro, the scene is one students may encounter once they enter the workforce.

“This time of year, kids are all partying, going to prom, that kind of stuff,” DiPietro said. “So we set up the effects of making bad choices.”

This particular scenario was also 100% student-run. DiPietro said that two students “ran the show” and the teachers merely supervised from the sidelines.

Everything from the fire truck and equipment to the jaws of life are all owned by the school and available to the students throughout their time in the program. The totaled car was provided by a local towing company.

In the scenario, fire science students began by establishing a work scene, setting up, stabilizing the vehicle, and then extricating the patient.

“Our students absolutely love doing auto extrication,” DiPietro said. “They love tearing the cars apart.” Fire students used the jaws of life to remove the roof of the car. Then the steel rod was cut, and the “patient” was moved on to a gurney.

DiPietro, who was in the fire service for 30 years, said that car extrication was something he loved to teach students.

“I love teaching anything there is to do about fire,” DiPietro said. “These students are super! When they can teach the lesson back, that’s when you know they have it; that’s the good part.”

With fire services and law enforcement working together a lot in the real world, it’s a goal amongst the CAVIT faculty to have more collaboration across programs. DiPietro said they would hopefully be doing similar scenarios, including one in the future with hazardous materials and a leaking truck.

These hands-on, student-run, real-life scenarios are the heart of a CAVIT education. Check out their programs to learn more about what CAVIT offers.