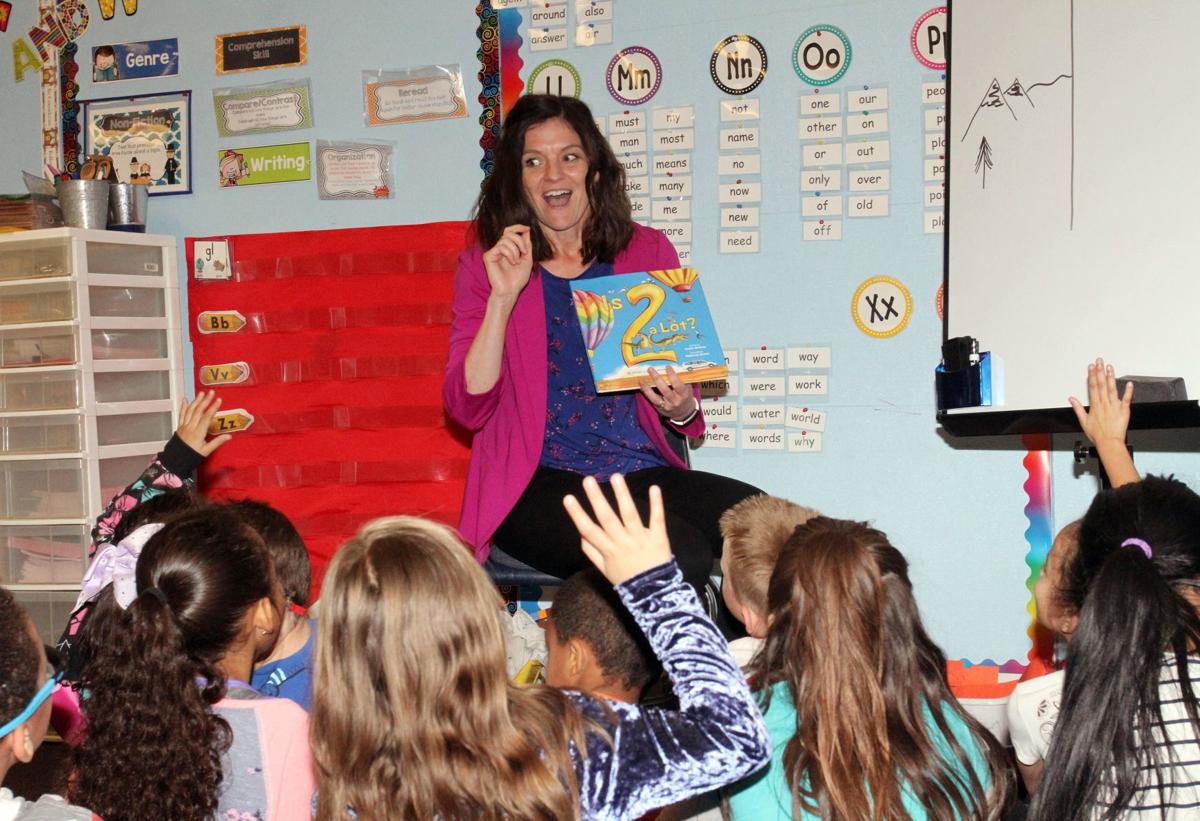 Annie Watson calls on students Nov. 15 at Maricopa Elementary School while reading her book “Is 2 a Lot?” 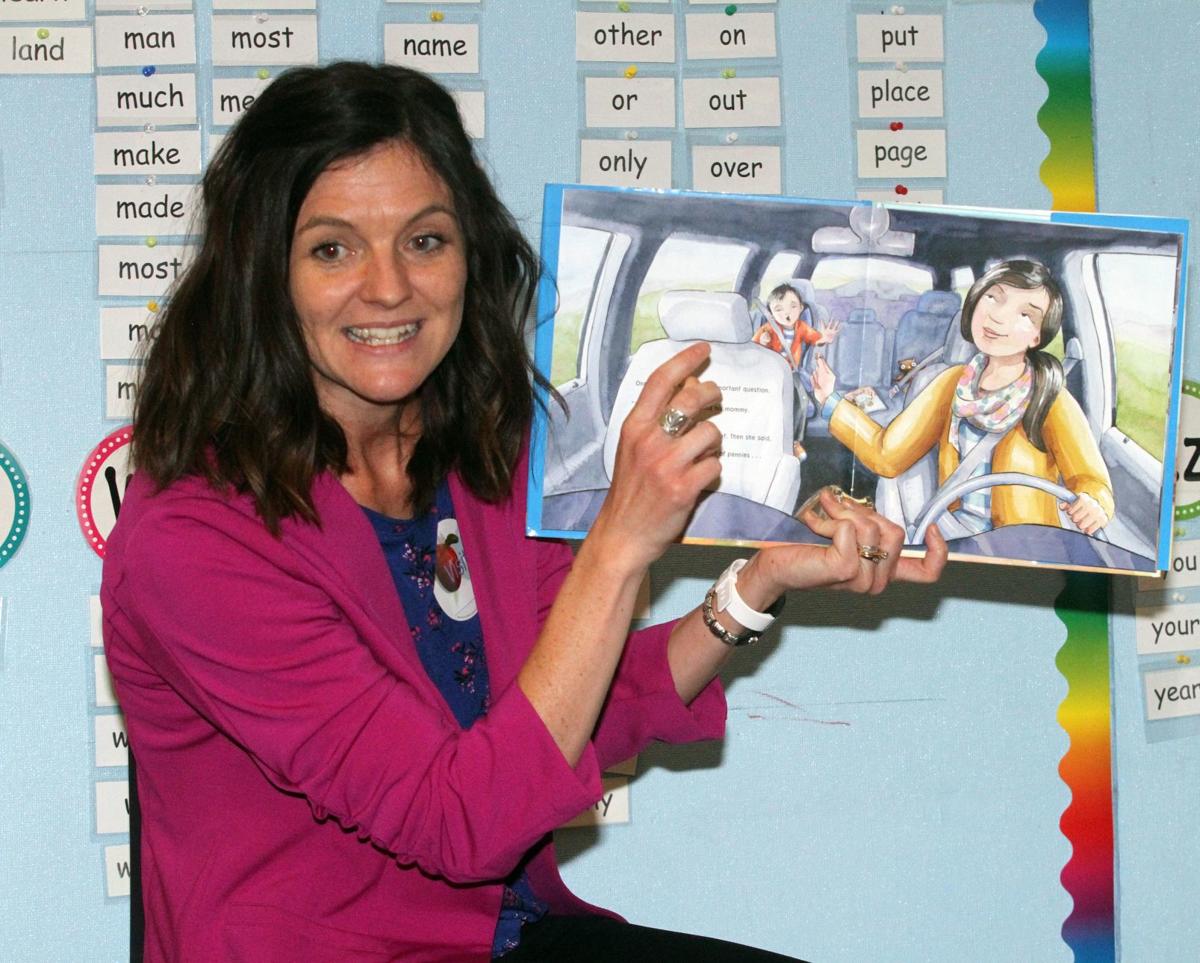 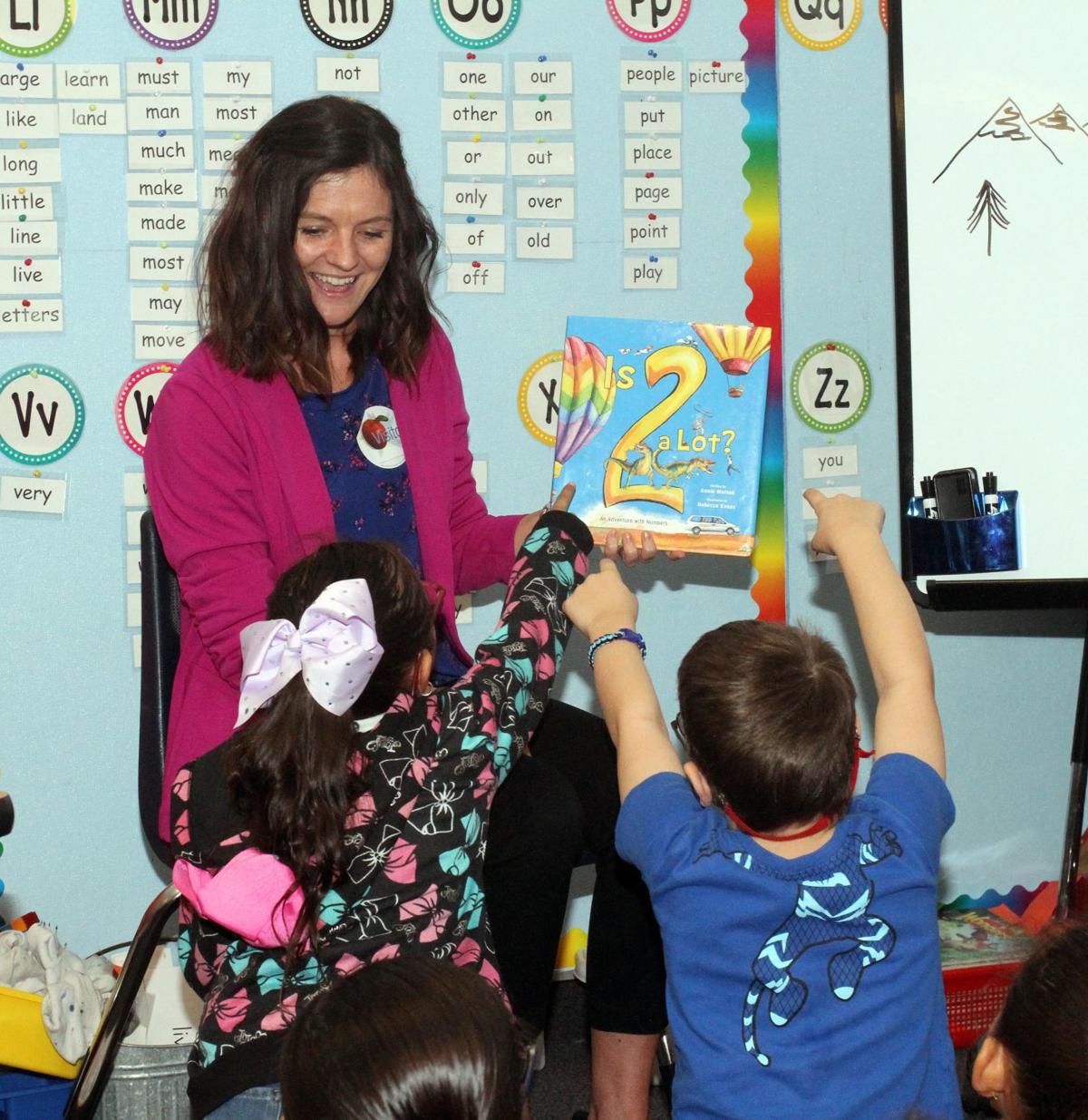 Annie Watson interacts with students using her book “Is 2 a Lot?” at Maricopa Elementary School Nov. 15.

Annie Watson calls on students Nov. 15 at Maricopa Elementary School while reading her book “Is 2 a Lot?”

Annie Watson interacts with students using her book “Is 2 a Lot?” at Maricopa Elementary School Nov. 15.

MARICOPA — Annie Watson knew she wanted to be a writer since she was a little girl. She dreamed of putting pen to paper, but didn’t know exactly where it would take her. She grew up and became a teacher, now teaching at Northern Arizona University, but her dream of writing never left her.

It wasn’t until she had children, however, that inspiration struck her. Her two sons, 7-year-old Joey and 3-year-old Ben, helped her realize where her passions lay.

“For the last seven to eight years bedtime books have been a huge part of my life,” Watson said. “I joked with friends I hadn’t read my own book in forever — like my own reading list book — I just read bedtime books and children’s books. So I kind of thought about the idea of writing a children’s book more frequently in recent years.”

The real push for Watson came from her son Joey during a car ride one day. He turned to her and asked a tough question, as many kids are known to do.

“When Joey asked that question, I just immediately was like, ‘Oh, this is perfect.’ It unraveled really quickly in my head how it would play out,” Watson said.

She jumped on the opportunity to create a children’s book incorporating her son’s question, and drew up her first draft of the book, “Is 2 a Lot?” published in stores across America as of June. Her words were illustrated with the help of Rebecca Evans, and Watson was able to watch her story come to life in detailed watercolor pictures.

The unique aspect of Watson’s book is it deals both with the complexities of math and the understanding of context, in a way children can understand. She gave the example to Joey in the car that day that two pennies is not a lot, but two smelly skunks are a lot.

She demonstrated that concept on Friday as she read the book out loud to the first graders at Maricopa Elementary School in honor of STEAM Week. The kids sat before her in awe as she read each page, asking questions about her son and marveling at the dinosaurs, hot air balloons and popcorn on the pages. They were the perfect crowd, and at the end, Watson invited them to help her sort items from her “treasure box.”

The activity helped strengthen what the children had just learned from her book. Watson pulled items out and asked the children to tell her whether they were a lot, or a little.

“We’re going to think really hard and we’re going to decide, is it a lot? Or is it not a lot? Depending on what we’re talking about,” Watson said, explaining the game to the listening first graders.

She pulled out a giraffe and a penguin and asked, if the kids went to the zoo and only saw two animals, would that be a lot or a little? The students were catching on now, and quickly gave the right answer — a little.

Dr Donna Jagielski, STEAM Integration Specialist for Maricopa Unified School District, stood in the back beaming as she watched the kids interact with Watson. Jagielski had invited Watson to read to students in Maricopa for STEAM Week after attending Watson’s book party at Brightside Books in Flagstaff over the summer.

“I thought, ‘Wow, this is phenomenal,’ because this completely merges everything about science,” Jagielski said. “As you can tell from the interaction today, especially math is such a difficult concept in STEM- and STEAM-based approach because math and numbers are so complex, it’s very abstract.”

Watson ended her session by asking the kids if they had any questions about the book, or how it was made. She explained it took a lot of tries from her and her illustrator to make it perfect, and one little boy piped up.

“I’m just still wondering how you guys make the pictures so nicely without messing up,” he said. “My dad told me something last night. There was a man who was trying to make light bulbs, and he had 2,000 fails and then he made it correctly.”

“Lots of practice,” Watson said, smiling. “She made lots of mistakes and she just kept working at it, just like the person your dad told you about.”

Moving on from the works of Thomas Edison, in addition to reading the book and working on the activity with the kids, Watson drew up lesson plans to help the students further learn and understand the difficult topic with their teacher.

STEAM Week was organized by Jagielski in honor of National STEM Day, which was Nov. 8-15.

Jagielski explained why STEAM integration is so important in schooling to help children succeed.

Watson felt her book “Is 2 a Lot?” was a perfect blend between her and her husband Lawrence Watson’s careers as they are both educators. She is a former high school English teacher and her husband teaches math. More importantly, however, it also showed how important it is to engage with your children, because you never know the ideas they may have.

“For me what was important was that I didn’t, even in the moment, want to answer Joey with a simple ‘Yes’ or ‘No’ because I knew that it was a better question than that,” Watson said. “It deserved better than me just being like, ‘No, no two’s not a lot’ and just kind of shutting it down. I think as a parent, my husband and I have tried to really encourage questioning. As teachers, we value inquiry and we wanted him to think more complexly.”

More information can be found at Watson’s website, AnnieWatsonbooks.com.