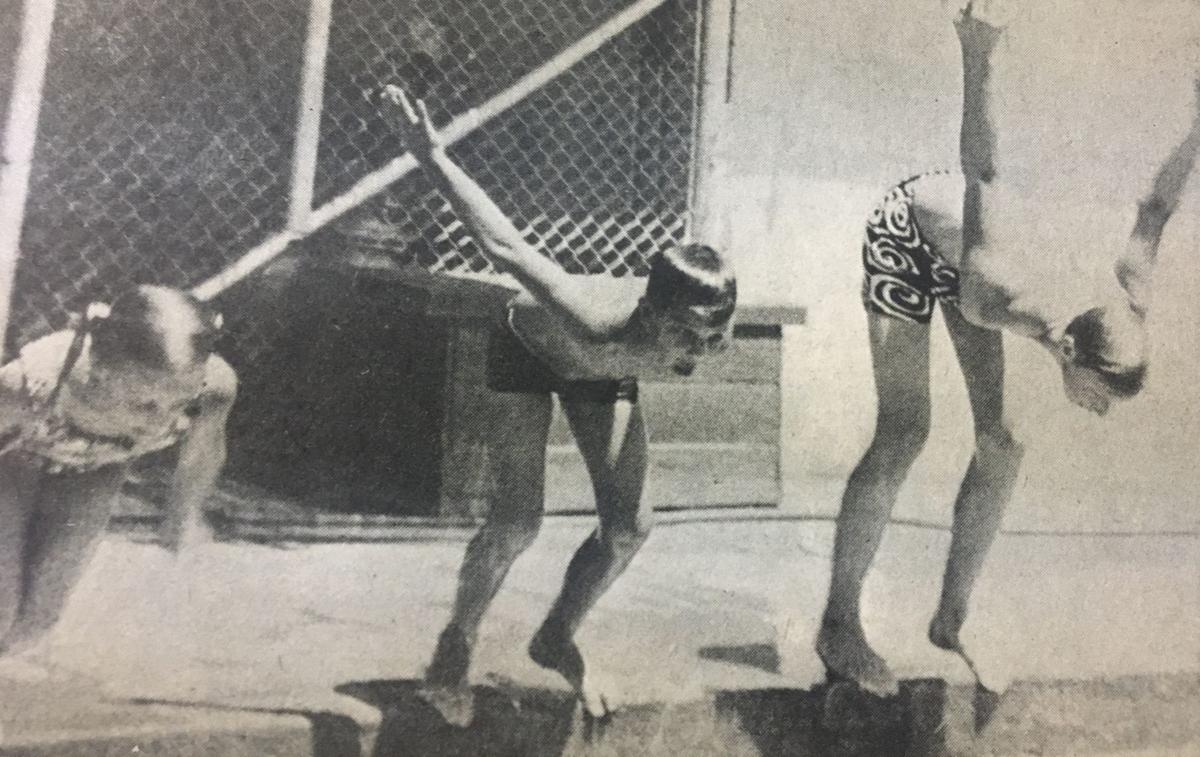 Three members of the Graham family will be among the point leaders for the Coolidge City Swimming Team in action this summer. Leading the way above are Jennifer, 7; Perry, 9; and David, 16. They will join teammates in trying for first win of young schedule Friday against Maricopa. Meet will be held at city pool, beginning at 6 p.m. July 2, 1970. 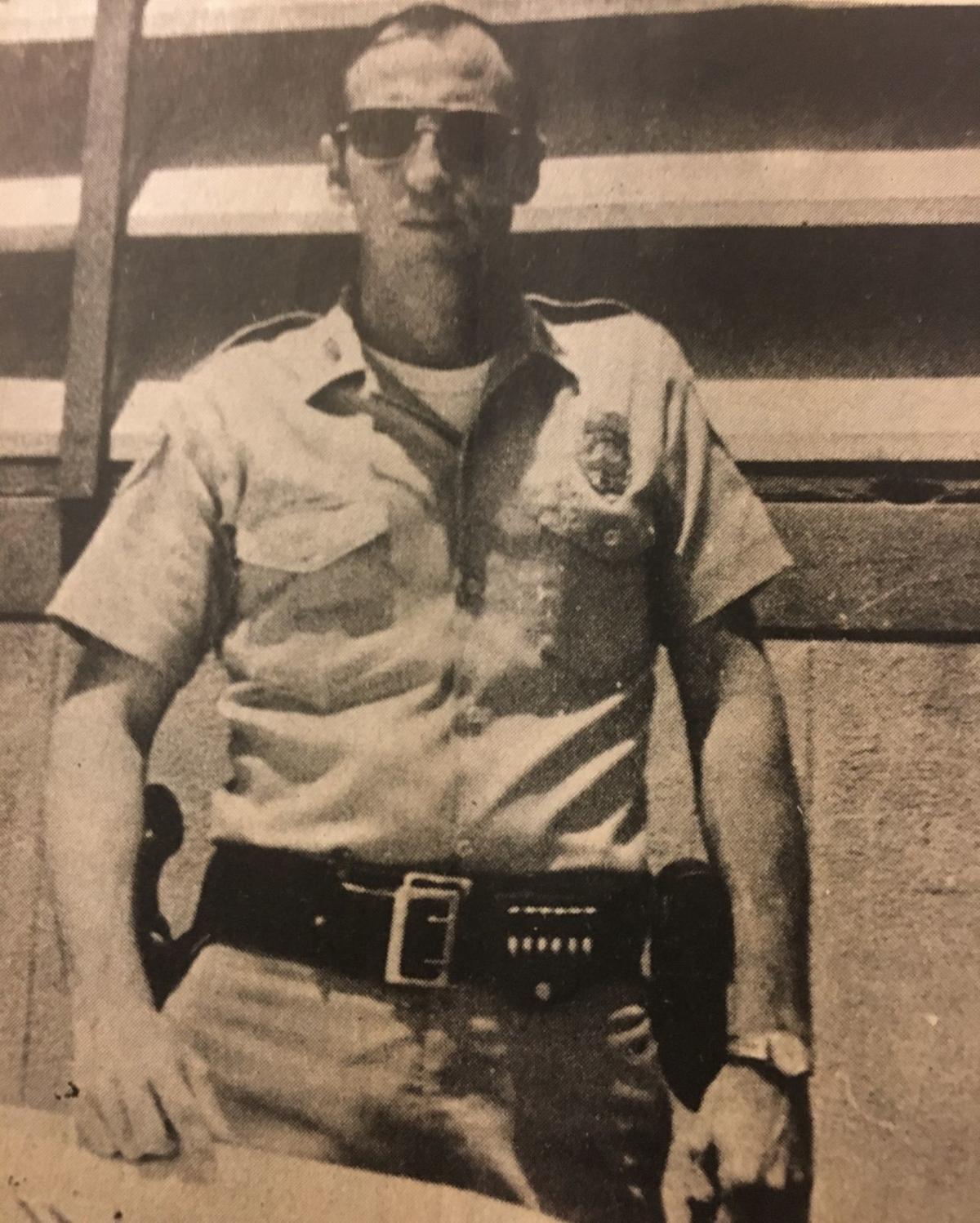 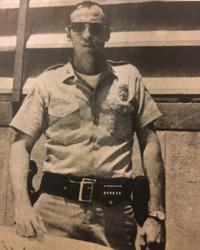 Three members of the Graham family will be among the point leaders for the Coolidge City Swimming Team in action this summer. Leading the way above are Jennifer, 7; Perry, 9; and David, 16. They will join teammates in trying for first win of young schedule Friday against Maricopa. Meet will be held at city pool, beginning at 6 p.m. July 2, 1970.

It was an afternoon designed to pay tribute to 10 years of hard work and community partnership in the field of prevention within Coolidge. On Friday afternoon, city leaders, and past and present Coolidge Youth Coalition staff and board members gathered at the Francisco Grande Hotel in Casa Grande to celebrate all the accomplishments the local Drug Free Communities program has made over the past 10 years.

The Coolidge Police Department has been recognized for working to reduce deaths caused by opioid overdoses in the local area. On Wednesday, CPD was granted the Public Health Excellence in Law Enforcement recognition through the Arizona Department of Health Services. PHELE recognizes law enforcement agencies that train staff to identify opioid overdoses and properly administer treatment. The program is operated under the Bureau of Emergency Medical Services and Trauma System.

Summer is in full swing. And what better way is there to celebrate (and, in some cases, retreat from) the heat than ice cream? Coolidge now has a place that specializes in whipping up a variety of cold treats. And, even better, the store is officially open for business. Thursday marked the first day the Coolidge location of Dairy Queen opened its doors to the public. The store began taking orders and doling out ice cream and a few other treats to eager customers in the late afternoon. Located at 987 N. Arizona Blvd., the newly opened DQ is situated in what was formerly the Lucky Liquor Star. But residents driving past the store may not recognize the building.

The City of Coolidge will be fully operational on July 1 after the budget for the 2015-16 fiscal year was approved during the council meeting on June 22. The final budget meeting where the vote takes place is typically anticlimactic, since everything has already been said in the previous months’ meetings. There was little discussion before the vote came, with council members Rob Hudson and Gary Lewis voting against. Of greater discussion was the intentions over the tax rate that will be set up for a vote in the July 6 special meeting. This can be a confusing item, since the council was voting on its intention to raise the tax rate, as required b the state, but does not actually set the rate. Indeed, this doesn’t even mean the intention is really there to raise the taxes.

The agenda item that shifted positions and the salary plan recently at the Coolidge city council meeting last week was approved 5-2, but not without some spirited discussion. Gary Lewis, Coolidge city council member, argued that “overpaying” for a grants positions wasn’t the best use of funds. The item caused a stir that eventually led to Gilbert Lopez and Steve Hudson defending the position and use of the funds and disagreeing with Lewis’ stance. Human Resource Analyst for the City of Coolidge Rachel Duran presented the staff’s recommendation to approve 2015-16 Salary plan, which includes five new job descriptions for Special Projects and Grants Director, Library Director, Librarian, Leads Heavy Equipment Operator and Court Compliance Specialist.

When the toilet flushes, everything inside disappears. This is convenient. Nobody needs that stinky stuff staying in their house. But like all matter, it never really disappears. It has to go somewhere, and preferably in a way that puts it to the greatest use. For those in Coolidge, sewage waste is transported through a large system of pipe until it reaches the wastewater treatment plant located next to CAVIT and the Coolidge Industrial Park. To those who drive by the plant on a regular basis traveling down Coolidge Avenue, this might be seen as the final resting place for all the waste that tends to gross people out. But the truth is, the process is far from over. The Coolidge Examiner received a tour of the plant, showing the process in which the wastewater is transformed from the toxic sewage to a very useful agricultural resource.

After a recent special use permit approval by the Coolidge City Council, all signs now point to go for a proposed minimum/ medium security correctional facility to be located in town. Approved by the Planning and Zoning Commission on May 26, the Council’s approval on June 14 was the last stop before the waiting game began. “I think it’s been without question that the council has fully supported this from the moment we heard abbot the project, and the fact that we could be a player in the game,” Mayor Tom Shope said. “I’d like to thank all those involved that have helped get us to this point.” Currently, a bid to construct and locate the facility in Coolidge is in the hands of state officials, submitted by Utah-based Management and Training Company and Hale-Mills construction, and will be analyzed along with other proposals before awarding the project.

“Coolidge and its fine people, and the whole of Pinal County, exemplify the questing pioneer spirit and drive in Arizona which can move a community or area to the point of economic take-off,” Sam Grossman, Democratic candidate for U.S. Senator from Arizona, said today. “Coolidge, with its good leadership, has a sound economic base established through hard work. It demonstrates the best of the modern American mixed-economy of strong self-help under the use of external aid from larger government resources as needed,” Grossman said in a statement released from his Arizonans for Sam Grossman headquarters.

Asa (Ace) Gardner, constable of Coolidge Justice Precinct No. 8, this week announced his candidacy for nomination to that office at the Democratic primary in September. A veteran law enforcement officer, Mr. Gardner was elected constable in 1946. He also is a deputy sheriff of Pinal County. Gardner was the first officer in Blyth, Calif., having served as deputy and constable there from 1908 until 1916. He then came to Arizona and engaged in ranching in the Galiuro Mountains in Graham county until 1924, when he moved to Florence and served as outside guard at the Arizona State prison.

More than $1,000,000 of federal and state funds appropriated for work in the San Carlos project and highways leading into Coolidge became available Tuesday with the beginning of a new fiscal year. Of the total of $1,047,000, the government will expend $600,000 for the distribution system of the San Carlos project and $10,000 for a new covering over the ruins at the Casa Grande national monument, while state and federal funds aggregating $437,475 will be available for the two federal aid road projects from Coolidge to Tucson and from Coolidge to Mesa.