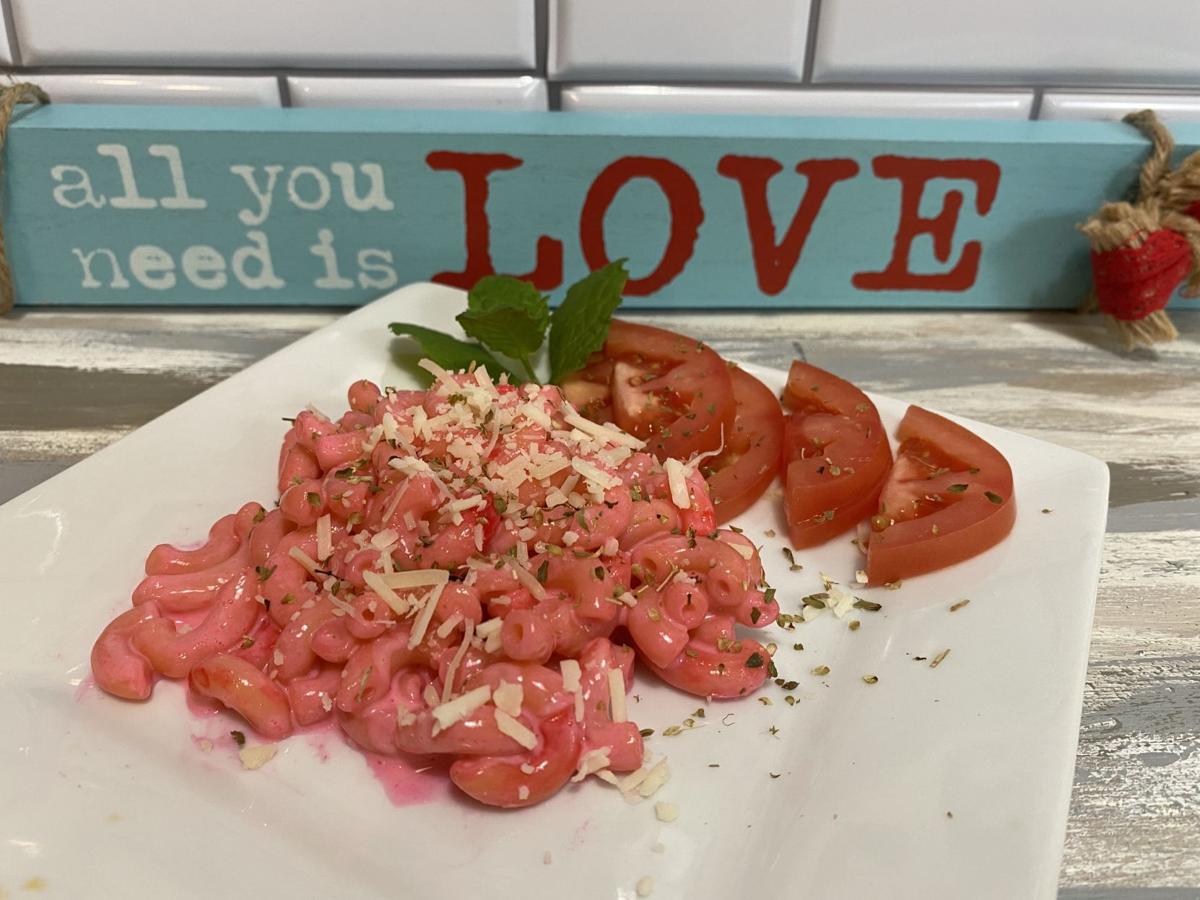 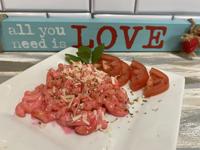 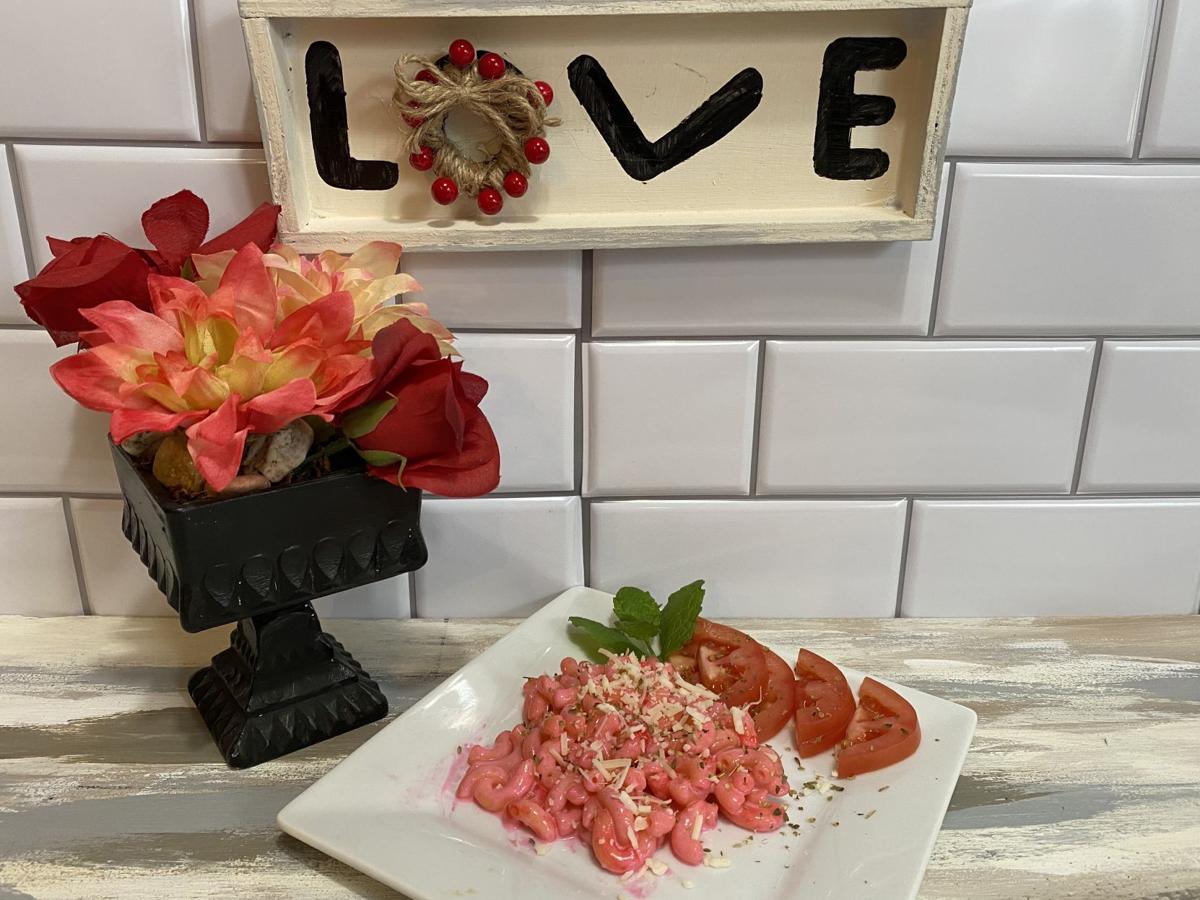 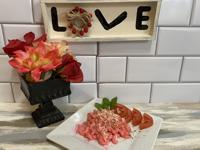 In the same spirit as serving green beer on St. Patrick’s Day, Kraft has launched a limited edition candy Mac & Cheese that’s pink and includes a packet of candy flavoring.

For Simple or Not Kitchen, we hoped to get our hands on a box of pink, candy flavored mac and cheese, but the concoction isn’t being sold in stores. Those who want some must win a box online at CandyKraftMacandCheese.com.

I did fill out an entry form online, and I’ll keep readers posted and let you know if I receive one. However in the meantime, I thought it would be fun to play around with a regular box of macaroni and cheese, add some food coloring and see what happens. I omitted the vague “candy flavoring” in my version of pink macaroni and cheese, although crushed candy canes might be pretty sprinkled on top — I just don’t know if that would make it more edible.

Although I love macaroni and cheese, I normally make it from scratch following my grandmother’s recipe. I’ve never been a fan of the box version. But to make pink mac and cheese, I purchased a box of white cheddar macaroni and cheese from the grocery store. I considered using the orange version but as the picture on the Candy Kraft Mac & Cheese website was the look I was hoping to produce, I figured the orange mixture would not result in the nice candy-color pink we were looking for.

We made the concoction as directed on the box, then added a few drops of red food dye, and voila, our mac and cheese turned into a beautiful pink color. While the dye didn’t affect the flavor of the mac and cheese, I found that people in my house were a bit reluctant to eat it.

When I offered it up as a snacking option to the people I often feed, I was met with comments such as “that’s disgusting” and “uhhh, no thanks.”

But it was pretty and it’s a fun and simple way to put a pink twist on a Valentine’s Day feast.

For those looking for a homemade version of macaroni and cheese, below is the technique I follow, although I switch up the cheeses from time to time and tend to use whatever cheese I have on hand. Smooth and creamy Gruyere is one of my favorite cheeses to use in macaroni and cheese but classic cheddar works well too.

½ cup butter, plus an extra tablespoon for drizzling

A few handfuls of saltine crackers.

About ¼ cup of Parmesan cheese for sprinkling

Boil pasta and set it aside.

In a medium pan over medium heat, melt ½ cup of butter. Add flour, salt, pepper and dry mustard and whisk until flour is incorporated into the butter. Stirring occasionally, allow the mixture to darken slightly before slowly beginning to add the milk, a little bit at a time. Add cheese and stir until all cheese is melted.

Mix pasta and cheese together and transfer to a casserole dish.

Crush saltine crackers until they are fine crumbs. Sprinkle over macaroni and cheese and top with Parmesan cheese.

Melt remaining tablespoon of butter and drizzle on top.