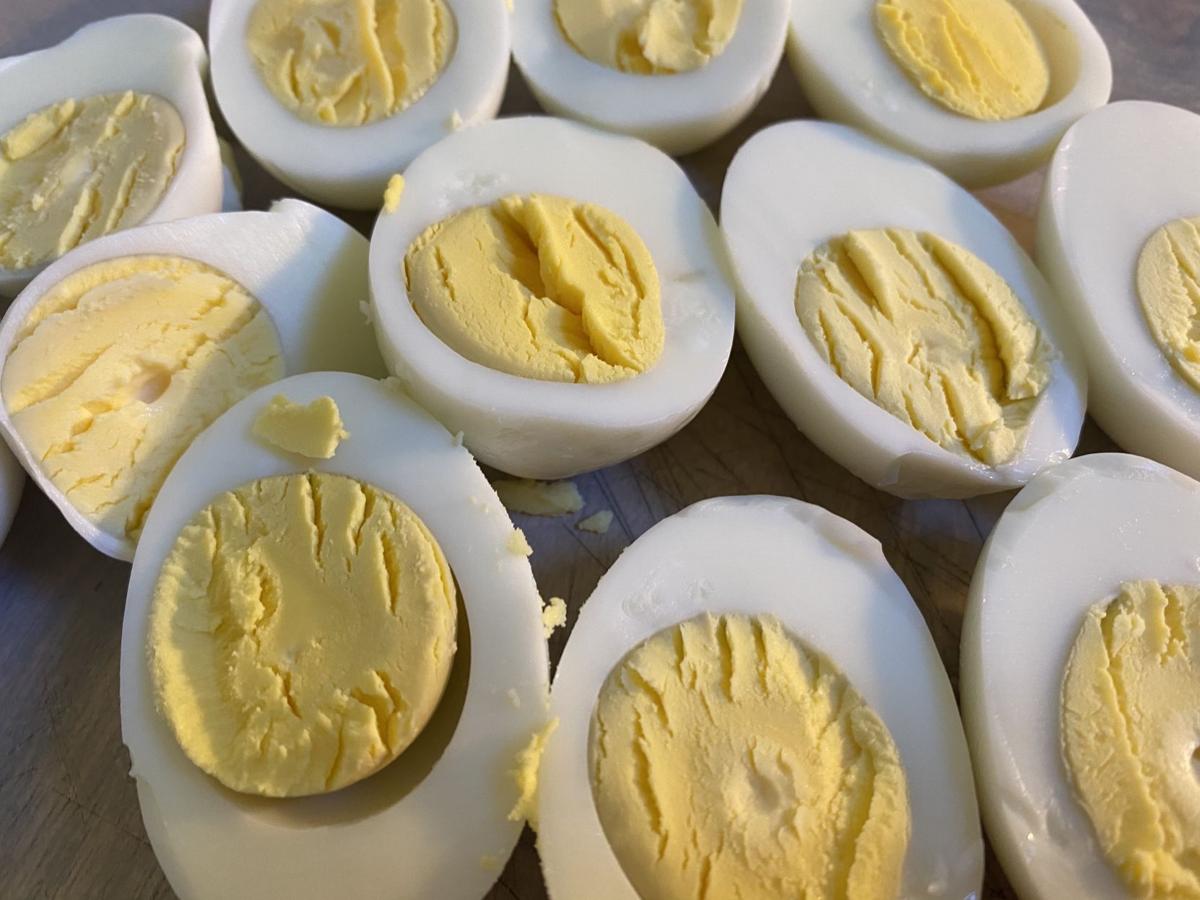 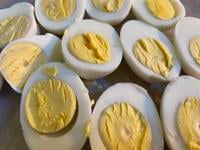 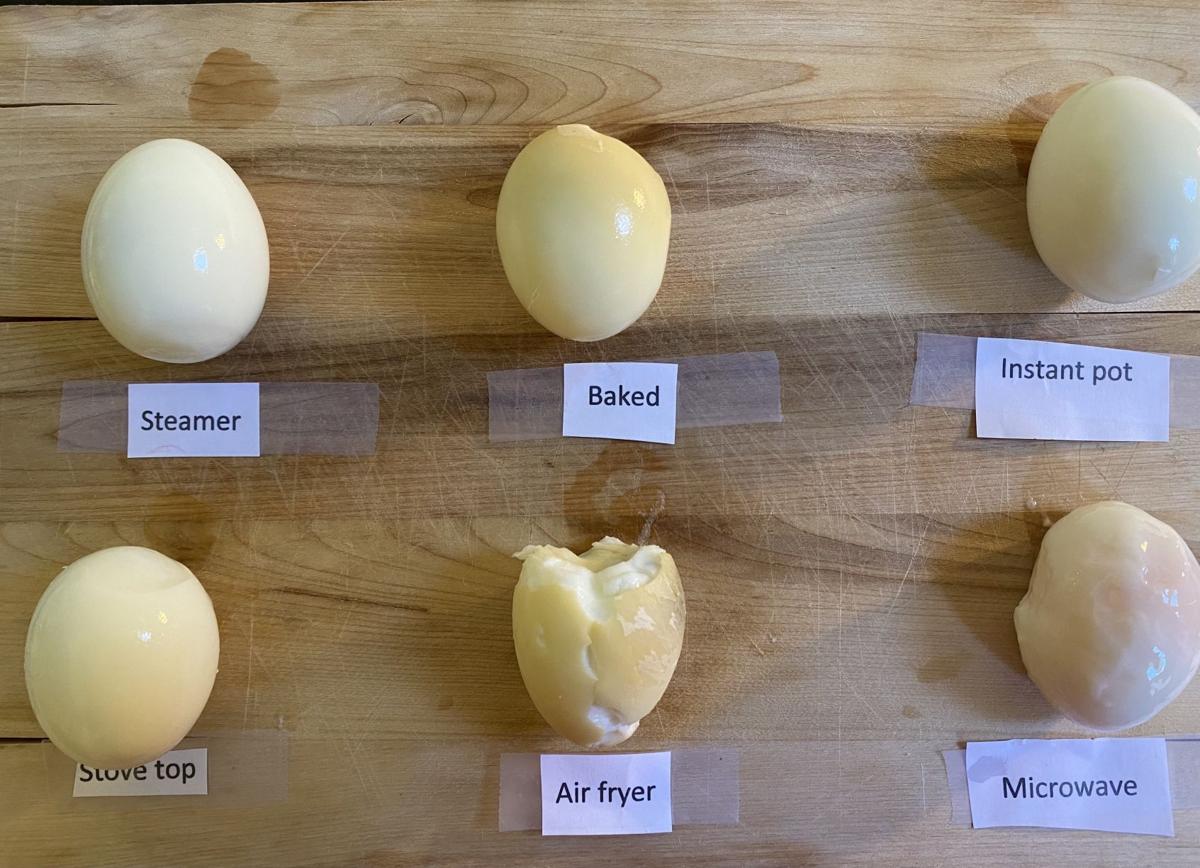 Side by side, the eggs prepared in the Instant Pot, egg steamer and in boiling water looked about the same. The eggs made in the oven and air fryer were discolored and the eggs cooked in the microwave were under-cooked.

Side by side, the eggs prepared in the Instant Pot, egg steamer and in boiling water looked about the same. The eggs made in the oven and air fryer were discolored and the eggs cooked in the microwave were under-cooked.

CASA GRANDE — Everyone appreciates simple and convenient cooking techniques. When it comes to easy kitchen tasks, does anything get any easier than making a hard-boiled egg?

Simple or Not Kitchen recently put six methods for making a hard-boiled egg to the test to see which method is the simplest and which method produces the best results.

For each method, three eggs were cooked in their shells. The results were ranked on a scale of 1 to 5 (with 5 being the highest score and 1 being the lowest) in five categories — convenience of preparation and cooking time, ease of egg peeling, overall appearance, yolk color, and texture and taste.

What we were looking for was the classic hard-boiled egg with a tender but solid white exterior and a creamy yellow, firm yolk — the type of egg that might be served in an egg salad, potato salad or prepared in a big batch for a brunch. We didn’t want any discoloration in our eggs and we wanted a cooking technique that was easy and convenient from start to finish.

The eggs were prepared in a home kitchen, following either internet directions or directions that came with various device manuals, as most of us would do at home. Once each batch was finished, the eggs were immediately immersed in a bowl of ice water for two minutes before we attempted to peel them.

The results were surprising. While the Instant Pot outranked all other hard-boiled egg methods, the egg steamer device came in a close second. But the traditional 12-minute method — a technique that has existed since people were boiling eggs — performed nearly as well the top two methods. And in a side-by-side comparison, the Instant Pot, egg steamer and stove-top boiled eggs looked identical.

Eggs were placed in a muffin tin and cooked in a 350-degree oven for 30 minutes.

Eggs were placed in a pot of cold water and over a medium-high heat, brought to a boil. Once the water reached the boiling point, the pot was removed from the heat and covered. The eggs then sat, covered, for 12 minutes.

Preparing a boiled egg in the microwave involves several steps. A pin-sized hole must be poked in each egg to prevent it from exploding in the microwave. We used a thumbtack to poke the hole. Once poked with a hole, the eggs are then placed in a microwave-safe bowl and covered with hot water and cooked for 5 minutes in the microwave. We tried this technique several times and each time the eggs were under-cooked and runny.

This method was the fastest and easiest method and produced the best results. To prepare eggs in an Instant Pot, place about a cup of water in the Instant Pot pan. Place the rack in the pan and place eggs on the rack. Pressure-cook on low pressure for 5 minutes and allow the valve to release on its own — about another 5 to 10 minutes. Not only was this method easy, but the eggs were very easy to peel — the eggs literally slipped out of the peels with almost no work. For a large batch of eggs, this is probably the best method to use.

Stand-alone egg steamers are inexpensive and easy to find. And they work surprisingly well. To prepare these eggs, we followed the manufacturer instructions, poking a pin-sized hole in each egg, placing a little water in the steamer, then setting the device to its manual setting.

What's the best way to boil an egg