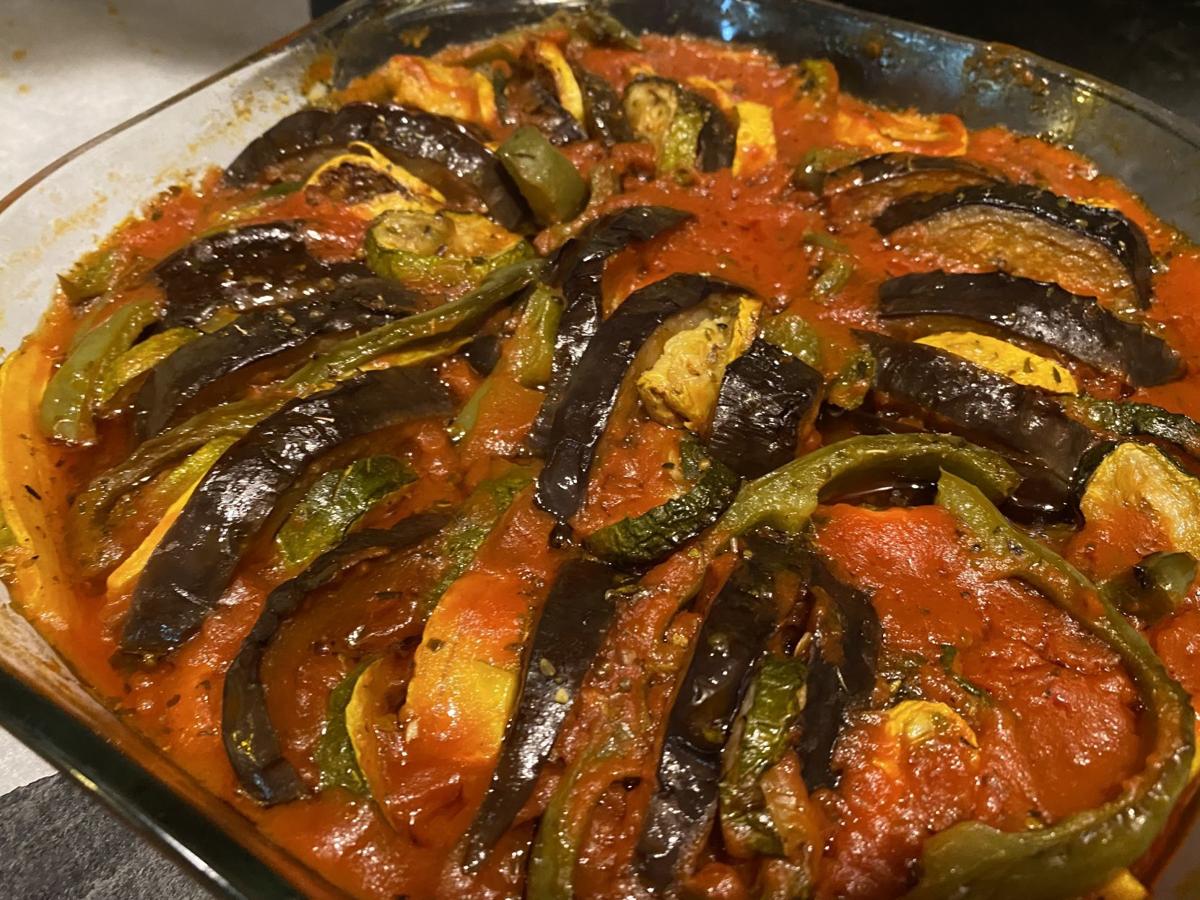 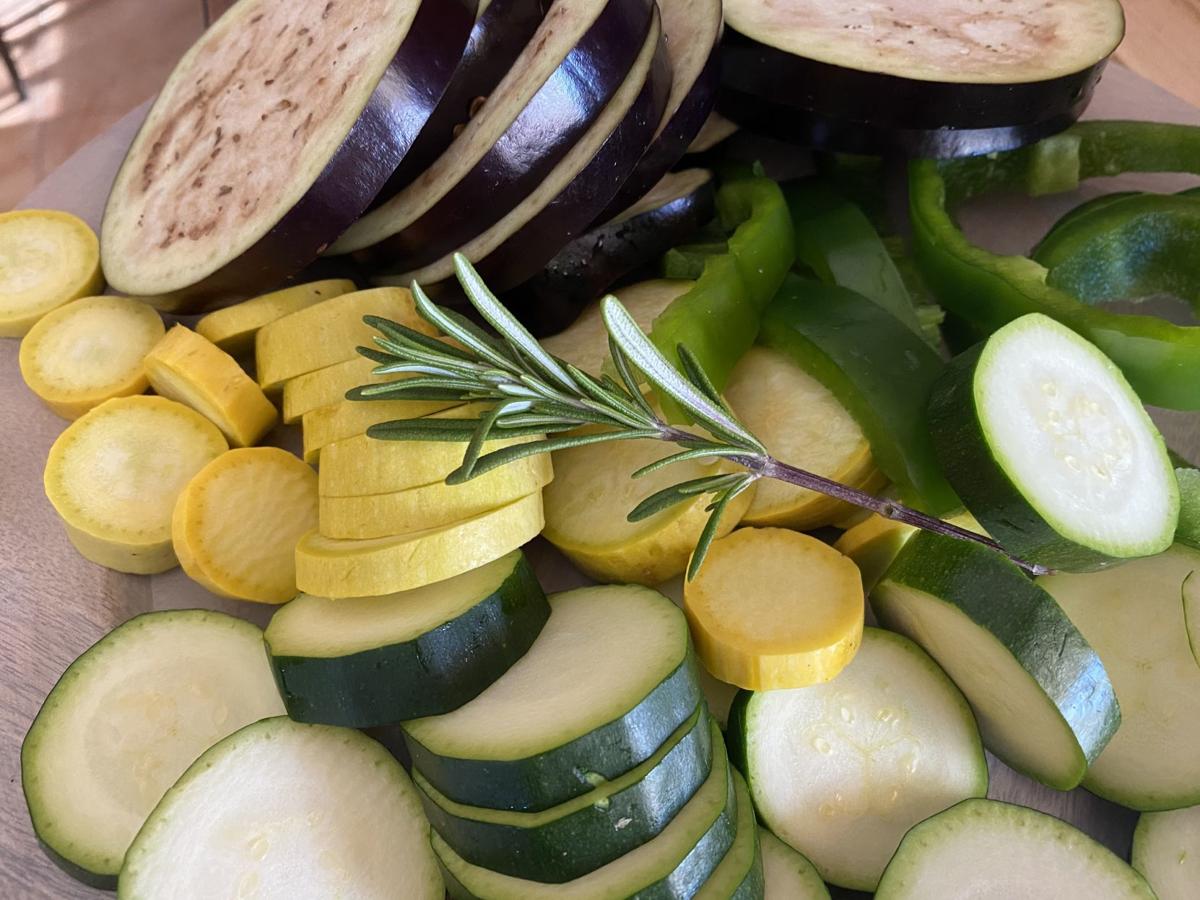 Ratatouille is made by assembling eggplant, zucchini, yellow squash and bell peppers in a baking dish with tomato sauce.

Ratatouille is made by assembling eggplant, zucchini, yellow squash and bell peppers in a baking dish with tomato sauce.

CASA GRANDE -- With its layers of eggplant, zucchini, squash, bell peppers and other veggies nestled in a sea of tomato sauce, ratatouille has long been one of my favorite vegetable dishes.

Ratatouille is a traditional French country dish that’s often made as either a stew or a vegetable casserole.

It’s believed to have originated in Provence in the mid-1700s. But in 2007, the Disney movie, “Ratatouille” gave new life to the old, classic dish and a whole new generation of kids were eager to try it.

“Ratatouille” the movie stars a rat named Remy who befriends a struggling chef. The vegetable dish ratatouille contains no rats. The definition of the dish originates from the French verb “touiller,” which means to stir, which is ironic because there is not a lot of stirring with most ratatouille recipes. From the mid-1800s, the word “ratatouille” has been defined as a stew-like casserole.

Recipes for ratatouille vary so much that there really is no one classic recipe, although most versions include a tomato base along with eggplant, zucchini and yellow squash.

Julia Child’s recipe has long been considered the classic for baked ratatouille. The recipe calls for peeling the eggplant and cutting the vegetables lengthwise, then sautéeing each veggie slice in olive oil before layering them in a casserole dish for baking.

Other recipes call for leaving the skins on the vegetables and skipping the frying step. Recipes vary the most in the layering method. Some stack the vegetables side-by-side, others layer them, much like a lasagna.

For the latest Simple or Not cooking video, I reviewed a recipe for ratatouille found on the website tastemade.co.uk. My goal was to see if the directions were easy to follow and more importantly, did it taste good. I had three neighborhood children in the kitchen with me — Matthew and Colin Villa and Kenny Swoboda — helping to prepare the dish and give their opinion on whether it was simple to make and passed the all-important taste-test to earn a kid-friendly stamp of approval.

I followed the recipe almost exactly as it appears on the website, but rather than using the directions for their tomato sauce, I used my own homemade tomato sauce for the base (I make tomato sauce in batches a few times a year and keep it stocked in my pantry). I also employed the Julia Child method of frying the veggies just slightly before layering them in the casserole dish.

The ratatouille was a moderate hit with one of the three kids. Matthew liked the vegetables and ate a few bites. Colin tried to pretend he liked it, but he didn’t care for it. Kenny put a piece of squash in his mouth and ran out of the room to spit it out.

The adults in the room all liked it.

The recipe on the Tastemade website is very easy to follow and the ratatouille recipe is super tasty.

The recipe is below.

Slice all vegetables thinly on a mandoline (I used a knife for thicker slices) and set aside.

In a saucepan set over medium heat, fry the crushed garlic for one minute until fragrant then add the thyme leaves, pesto and pasta sauce. Cook until warmed through, then pour into the bottom of a large round dish.

Stack the sliced vegetables, alternating between them, on their sides into the dish, nestling them into the tomato sauce, forming concrete circles in the dish. Pack the vegetables in as this will hold the pattern in the shape. Drizzle with olive oil and season with salt and pepper, then cover with tin foil and place into a 350-degree preheated oven for about 30 minutes. Uncover and cook another 15 to 20 minutes until the vegetables are completely soft.

Girl Scout cookies are the secret ingredient in these recipes

CASA GRANDE -- Girl Scout cookie season is in full swing. And while the annual sweet treats …

These recipes offer a few ways to go nuts in February

CASA GRANDE -- From National Homemade Soup Day to Potato Lovers Month, there are plenty of f…

Some foods symbolize good fortune at start of new year

CASA GRANDE -- As people ring in the new year, or recover from a night of New Year’s Eve fes…

CASA GRANDE -- According to legend, Christopher Columbus once called papayas the “fruit of angels.” And who could blame him?

CASA GRANDE -- It’s been years since I’ve been to a Taco Bell restaurant, but when someone asked me recently to experiment with a few Taco Bel…