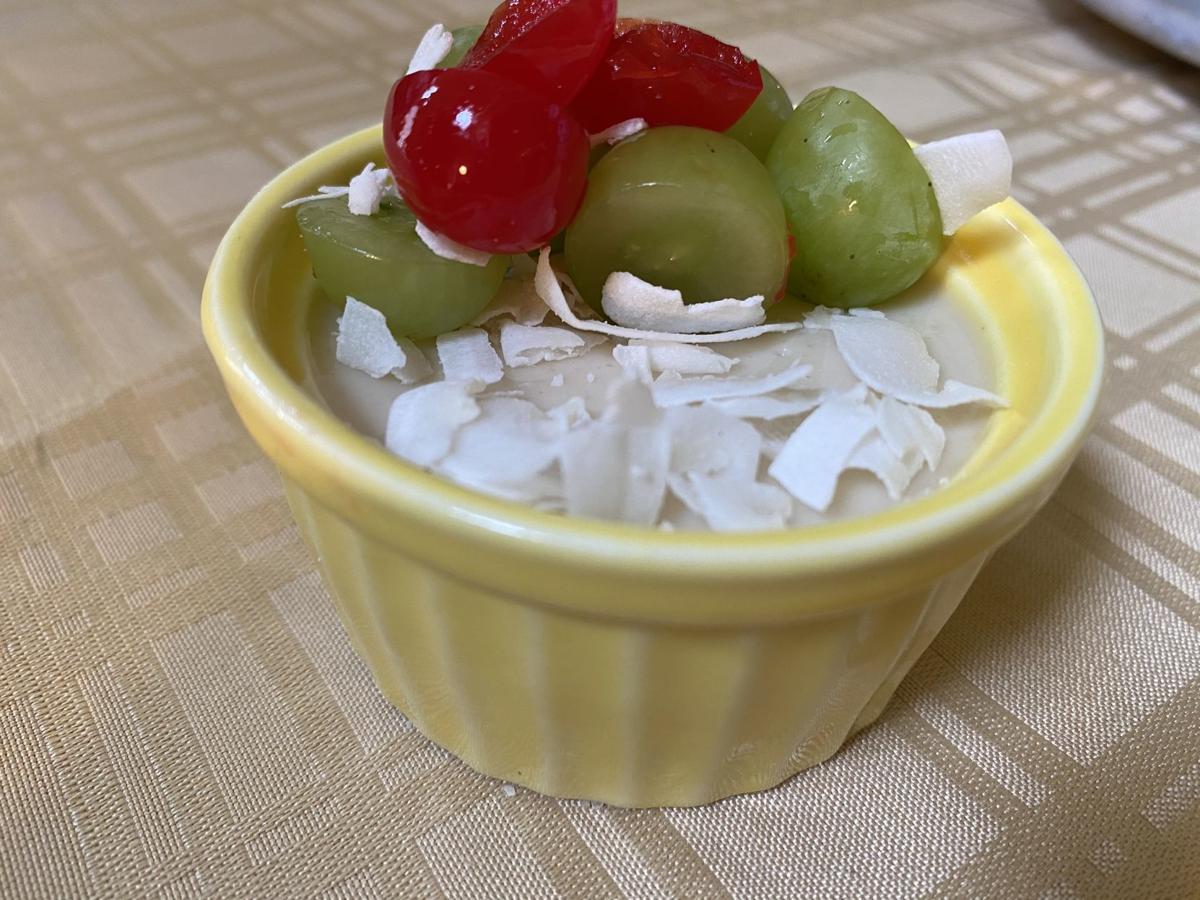 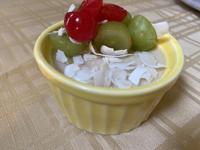 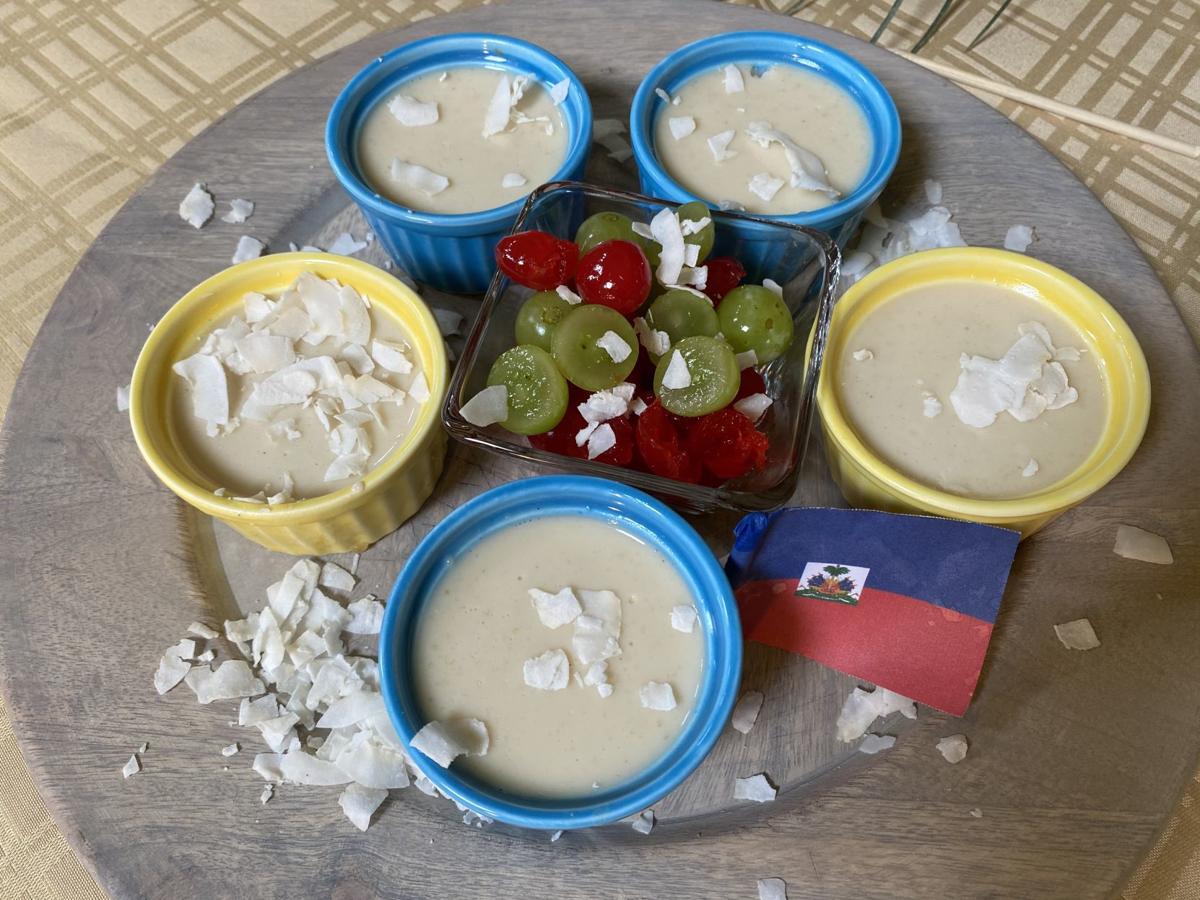 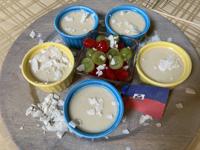 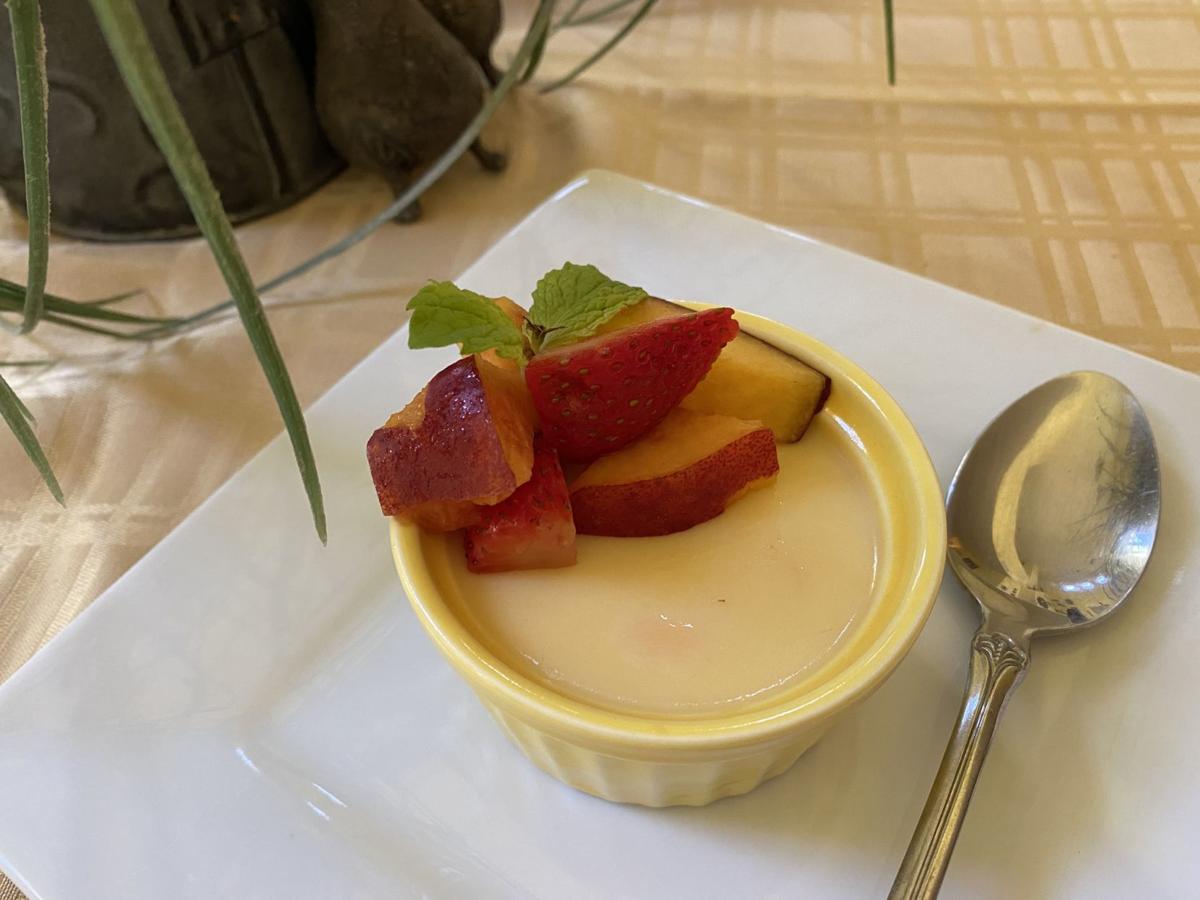 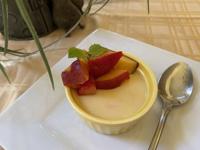 CASA GRANDE -- One of my favorite desserts is “Blan Manje,” a sweet and creamy treat sometimes called “Haitian fruit cocktail.”

A combination of coconut milk, sweetened condensed milk and canned evaporated milk, it is easy to make, requires no cooking and is served cold.

There are lots of variations on this dessert. Some prepare Blan Manje — also called “blanc mange” — almost as a milky beverage with fruit mixed in. Some add rum, some don’t. But most recipes for Blan Manje prepare it as a gelatin dessert, often with a can of fruit cocktail mixed in.

I’m not a huge fan of canned fruit, so my recipe for Blan Manje involves making a pudding-like dessert that’s then topped with fresh fruit and coconut. It can be customized to just about any taste.

Any fruit combination can be used for the topping — I like fresh grapes and maraschino cherries — but it’s also good with strawberries, apples, peaches, mango, blueberries and other fruits. In some recipes, the cook soaks the fruit in Haitian rum for 24 hours.

Because there are so many different ways of preparing this dessert, it’s a fun recipe to experiment with to customize it to any particular taste.

The basic recipe for Blan Manje calls for coconut milk, sweetened condensed milk, evaporated milk and gelatin as the pudding base. I add a packet of vanilla instant pudding mix to my Blan Manje, which gives it an extra creaminess and added flavor, but it’s not an ingredient included in traditional Blan Manje recipes.

Because the recipe is so easy and adaptable — and very delicious — it’s one of my go-to recipes for entertaining.

The dessert can be poured into a gelatin mold, dish or wine glasses, but I prefer to serve it in small ramekin dishes along with shredded coconut and mixed, cut fruit. For a little added decadence, fresh whipped cream can be dolloped on top of the dessert.

1 can coconut milk, about 14 ounces

1 can evaporated milk, about 14 ounces

1 can sweetened condensed milk, about 14 ounces

Combine coconut milk and canned milk in a bowl and stir. Add pudding mix. Dissolve gelatin in hot water and stir well. Add gelatin to milk mixture and whisk until all ingredients are well mixed

Pour mixture into individual serving dishes or into a gelatin mold. Refrigerate for about four hours until set.