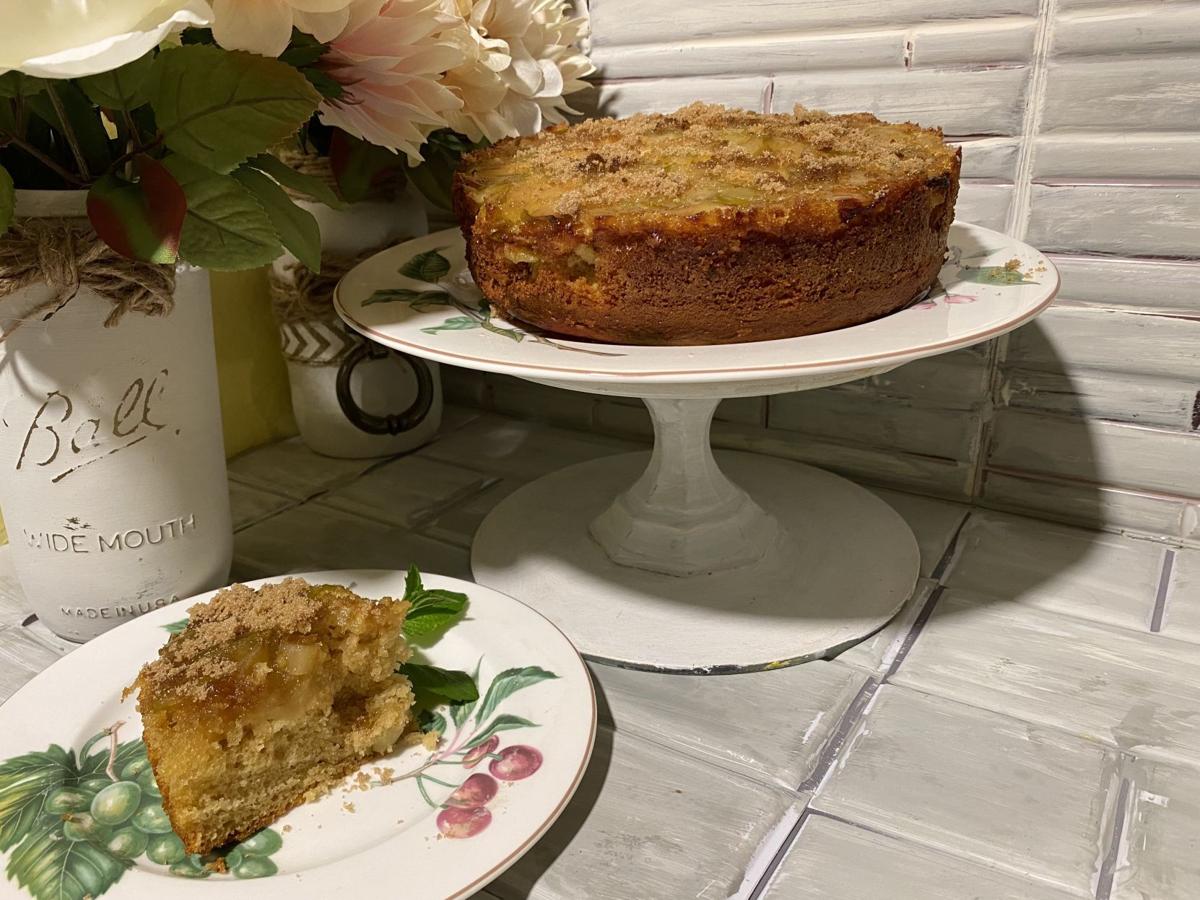 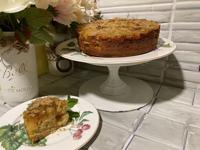 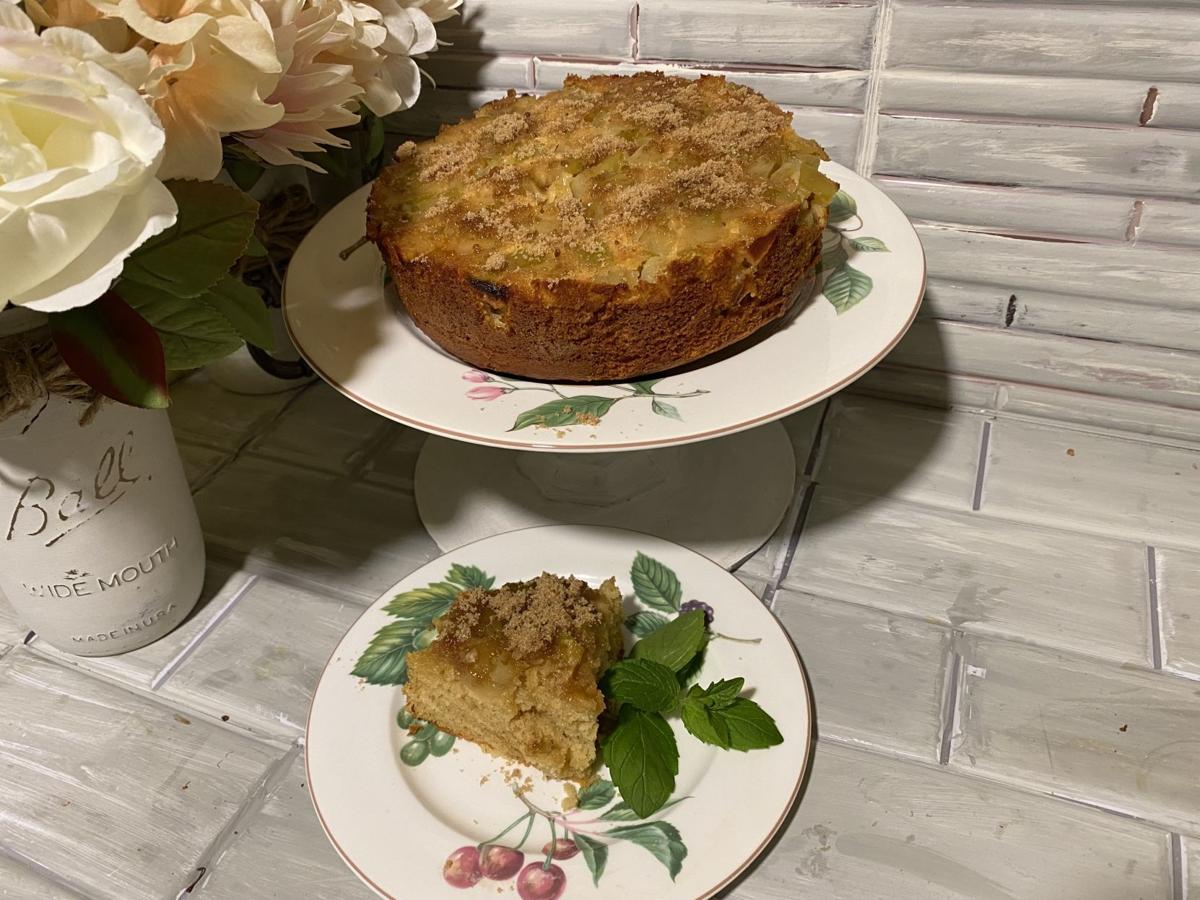 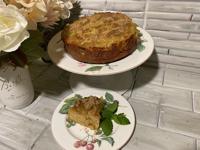 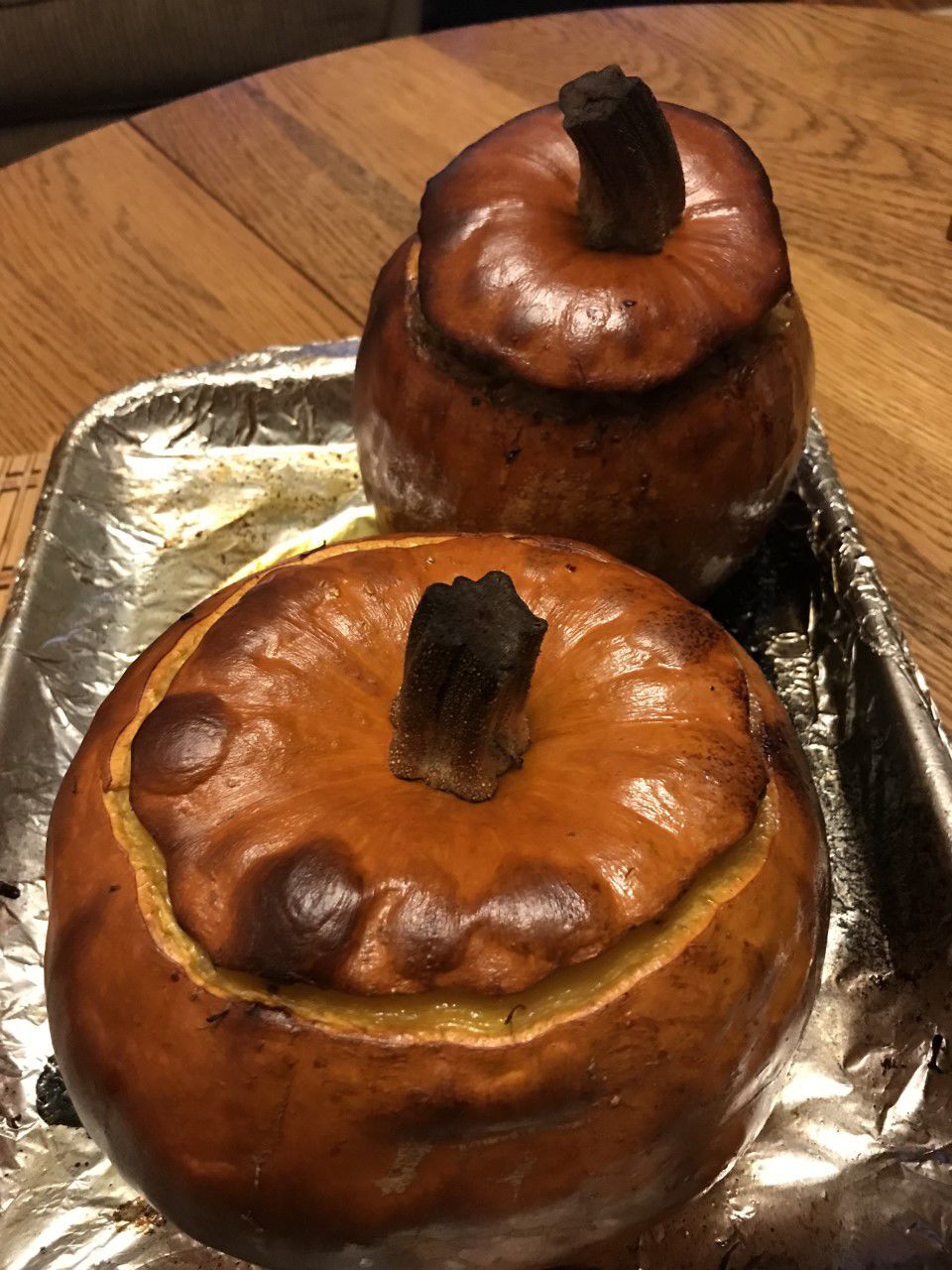 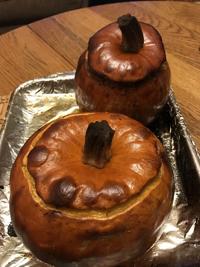 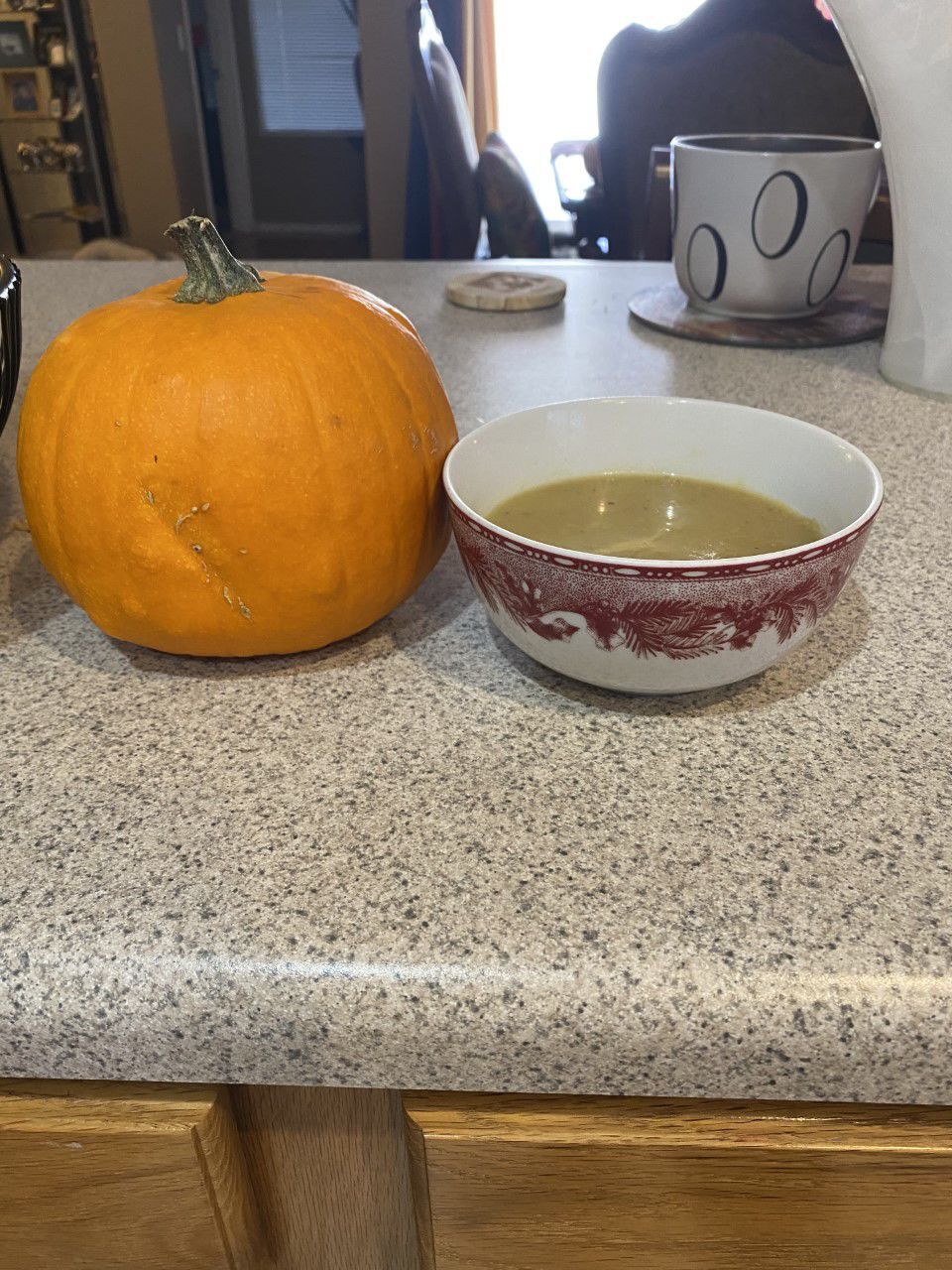 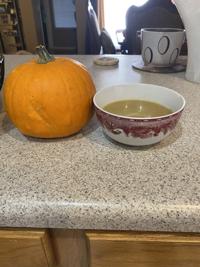 Thursday is Thanksgiving and as families and friends gather around holiday tables, everyone will likely have a favorite food that they’re looking forward to eating.

For some, it’s the turkey. Whether it’s fried, roasted, smoked or served up in a sandwich, Americans gobble up about 675 million pounds of turkey every year on Thanksgiving Day, according to the National Turkey Federation.

On its website, eatturkey.org, NTF offers dozens of recipes and tips for preparing a juicy and tasty turkey along with other popular Thanksgiving must-haves.

And while the turkey will likely take center stage in most Thanksgiving celebrations, for others, the side dishes are what make the holiday special.

In honor of Thanksgiving, a few PinalCentral newsroom staffers are sharing their holiday favorites with readers.

“It’s kind of sweet and a bit spicy, especially if you make it a couple of days ahead of time and let it sit in the fridge. You could leave the pepper out if you don’t like spicy and it will still taste good. I did that one year by accident,” Adams-Ockrassa said.

Bring to boil over medium heat. Stir often. Reduce heat to low and simmer until thick and cranberries burst.

This recipe is a Dorman family favorite.

Mash all ingredients together. Sugar, bourbon, maple syrup, OJ, can be adjusted to taste. Place in casserole dish, garnish top with pecans if desired, cover and bake for an hour at 350 degrees. Can be prepped the day before, refrigerated and baked day of serving, for a little longer or at 375. Reheats well in microwave. Another option is to broil marshmallows on top for a few minutes when fully heated.

“My mom actually has two pumpkin recipes she makes around this time of year. The first one we got from a YouTube channel called Wilderness Cooking. It makes a great commentary dish if you’re having a lot of people over for Thanksgiving or even an alternative for those family members who maybe don’t like turkey,” Khairalla said.

One pumpkin, size of your choice

½ cup of dried fruit of your choice

2 teaspoons of butter or ghee

2-4 pieces of protein of your choice (chicken, beef, lamb or pork), depending on pumpkin size

Add 1 tablespoon of olive oil to a pan and sauté protein with one of the onions. Add spices.

Once golden on both sides, cover with water. Bring to a boil, then lower the heat to a simmer. Stir occasionally. (If using chicken, add only half cup of water).

Once meat is tender, remove from heat. Set aside and begin preparing rice.

Drain the rice and set aside. In another sauce pan, add remaining olive oil, remaining chopped onion and garlic. Sauté until gold.

Add the tomato, pinch of salt, black pepper and cinnamon to taste. Stir for 3-5 minutes. Then add chestnuts, walnuts, raisins and dried fruit. Stir for an additional 5 minutes. Then turn off and set aside.

Once cooled, add to rice and mix together.

Cut around the top of the pumpkin as you would to create a jack-o’-lantern. Set top aside to be used later as a lid. Remove all seeds and pulp.

Using a silicon brush, grease the inside of the pumpkin with olive oil. Sprinkle with salt.

Add some of the rice and stuffing mixture to the pumpkin to create a layer at the bottom. Then layer protein on top.

Add butter or ghee to the top, then replace the pumpkin lid.

Place in a roasting pan and put in the oven. Cook for 1½ hours to 2½ hours depending on size of pumpkin. Use a knife to check tenderness ever 30-40 minutes to determine when pumpkin is cooked.

Once ready, set in a large serving platter and allow to cool for 10-15 minutes. Serve as is or cut into thick strips for easier serving.

If desired: 1 cup of heavy cream to thicken.

Cut the pumpkin into halves, brush with 1 teaspoon olive oil then sprinkle with black pepper.

Place in a 425-degree oven until thoroughly cooked.

Remove from oven and set aside to cool, then remove the seeds and pulp.

Peel the skin from pumpkin then set aside.

Place two tablespoons of olive oil and chopped onion into a pan and sauté until gold. Then add both. Stir then bring to a boil.

Smash up the pumpkin with a fork and add to the broth. Add cinnamon, onion powder and other spices to taste.

Let mixture boil for a half-hour. Then, mix using a hand blender.

If desired, add heavy cream to thicken or serve as is.

“I used to always make the green bean casserole when I lived at home because it was my favorite dish. My parents used to go through the process of making stuffing though they do it a simpler way now,” Stager said.

Bake 20 to 25 minutes, topping with onions during last 5 minutes of baking, until bubbly.

Melt butter in a large skillet over medium heat. Add onion, celery and poultry seasoning (and rosemary if using). Cook over medium low until tender (do not brown), about 10-12 minutes.

Pour broth until cubes are moist (but not soggy) and gently toss. You may not need all of the broth. Season with salt and pepper to taste.

Place mixture in a serving dish, dot with additional butter and cover.

“These glazes come from an old cookbook my parents have and we’ve used some of them in the past,” she said.

Place a few pats of butter on the bottom of well-greased cake pan. Sprinkle bottom of pan with brown sugar then pour diced apples over sugar.

Pour mixed cake batter over apples and cook according to package directions.

When finished baking, allow to cool, then using a plate, invert pan so that apples and sugar are on top of cake.