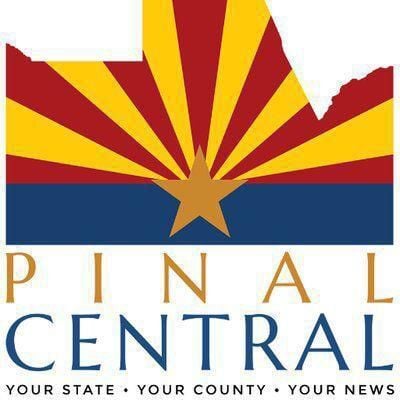 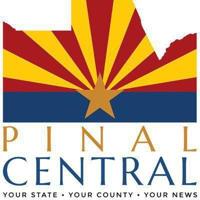 So, yes, it’s been the year of the mask. But the year had a lot of other things going for it. And here’s a PinalCentral quiz to see if you can separate the facts from the fake news.

How many PinalCentral stories mentioned the word “pandemic” in January 2020?

The answer is C, in a story about the flu. A second mention appeared with a photo of the Casa Grande Street Fair & Car Show. The photo ran last January, with no mention of the pandemic. But the search also yielded an October update on the January 2021 Street Fair. It had been canceled.

Soon after January, “pandemic” took center stage. It found its way into 259 stories in April. And they weren’t about the flu. “Pandemic” showed up 1,951 times in a December search, likely on the high side because of all the year-in-review articles.

A DPS trooper, during a traffic stop in Eloy, found $43,000 in cash hidden where?

A. Under the suspect’s toupee.

B. In two cereal boxes.

D. Strapped into the passenger’s seat.

The answer is B. PinalCentral, citing court records, doesn’t indicate the brand of cereal. A big corn flakes box could hold a lot of cash. And most crooks wouldn’t be caught dead laundering money out of a granola box. Though they’d probably still be caught.

In late January, the Casa Grande City Council introduced a new branding campaign for the city. It would highlight the city’s connection to:

A. A scenic desert from some place other than Casa Grande.

B. Five Points intersection, which goes here, there and everywhere.

The answer is D. The Neon Sign Park displays more than a dozen signs that once lit up the shops and attractions of Casa Grande, as well as a Dairy Queen in Holbrook. The Dairy Queen on Florence Boulevard boasts its own classic sign.

Gov. Doug Ducey began following through on a plan to close down the Arizona State Prison Complex-Florence, built in 1909. What’s planned for the inmates?

A. Rehousing some of them in the Eyman Prison Complex, also in Florence. Lower-security inmates could go to county jails.

B. Retraining them as no-nonsense debt collectors.

C. Putting them to work cleaning up Casa Grande Mountain.

D. Booking them into New Mexico’s jails when nobody’s looking.

The answer is A, though some counties don’t like the idea of housing state prisoners in already crowded jails. New Mexico might be a good bet.

What company has all but completed a factory to turn out high-end electric vehicles in Casa Grande?

The answer, of course, is B. And Foggy Bottom, to be honest, makes no sense.

What setback was encountered by Nikola, which plans to build hydrogen-powered trucks in Coolidge?

A. GM backed out of a partnership with Nikola, following a scathing report by a company named — that’s right — Hindenburg Research.

B. Nikola was sued by Tesla, because Tesla has the rights to inventor Nikola Tesla’s full name.

C. The first test models had too much hydrogen and floated away.

The answer is A, though helium refueling stations would be a good place to fill your party balloons.

The city of Casa Grande plans to make it easier to get around town by:

B. Having the mayor mask up and shuttle people around in a limo, one day a week.

C. Expanding existing foot and horse trails to connect city parks to each other and to the Community Recreation Center.

D. Offering rides on hydrogen-powered buses that will save time by flying over traffic.

The answer is C, though jetpacks sound like fun.

One apparent side effect of COVID-19 in Casa Grande is an increase in:

The answer is C. Animal advocates reported seeing more feral cats. They also reported more health issues among strays. Some 50 to 100 cats are dropped off every month at the Casa Grande city shelter.

A contentious homeowners association board meeting last June at the Villages at Rancho El Dorado in Maricopa erupted into a physical altercation. Police were called in. The HOA’s management company called it quits. What led to the scuffle?

A. Homeowners were incensed by a management company email informing them their lawns could only be mowed on Wednesdays.

B. One homeowner accused another of violating HOA covenants by harboring a Chihuahua with bad breath.

C. One couple, bristling against all the HOA rules, finally threw in the towel — only to be informed the towel was the wrong color.

D. Residents had to attest whether they’d been in contact with known COVID patients. If they didn’t, the HOA could deactivate key fobs to the community center.

The answer is D. A resident said she and her husband didn’t sign the COVID box, part of a waiver distributed by the HOA. Due to their profession, she said, “we could not honestly initial it.” A contentious meeting followed, with a management employee and board members tussling. HOA board members resigned. And the management company threw in the towel. Color unknown.

The Casa Grande RC Flyers was the first RC club to win the “triple crown” of awards from the Academy of Model Aeronautics. The triple crown includes:

B. Gold Level Leader for the club’s exceptional airfield, Award of Excellence for community service and Club of the Month.

D. Best Landing on a Car in Motion, Highest Score in Twirlies and Most “Oohs and Ahs” in a Dive Bomb Maneuver.

The answer is B. Out of 2,400 clubs nationwide, the Casa Grande club was the first to receive all three awards at the same time. Club President Alan Friedman founded RC Flyers eight years ago.

Pinal County Superior Court Judge Kevin White tossed a lawsuit by Staci Burk, who sought to overturn a presidential election when she wan’t registered to vote. What did Burk claim?

A. Democrats voted twice, dressing up as Republicans the second time around.

B. Dogs waited under polling tables and chewed up Republican ballots fed to them by poll workers.

D. Voting machines were programmed to shred ballots so they could be replaced by votes for some guy named Biden.

The answer is C, though the other choices would hold up just as well.

Coates: In our home, Christmas trees aren’t what they used to be

We haven’t had a real Christmas tree for some years. By real, I mean the fir trees you pick …

Coates: Thanksgiving for 2, with a dog and maybe a mouse

In days of old, we had the traditional Thanksgiving dinners. Mom cooking, Dad orchestrating …

Coates: Getting away from it all on the Chain Cholla Trail

CASA GRANDE -- I went on a hike last Tuesday. That was a week before Election Day, which — i…

Coates: Four legs on four wheels and once around the block

I usually take Maggie for a late-afternoon stroll. In a stroller. She can walk on her own, b…