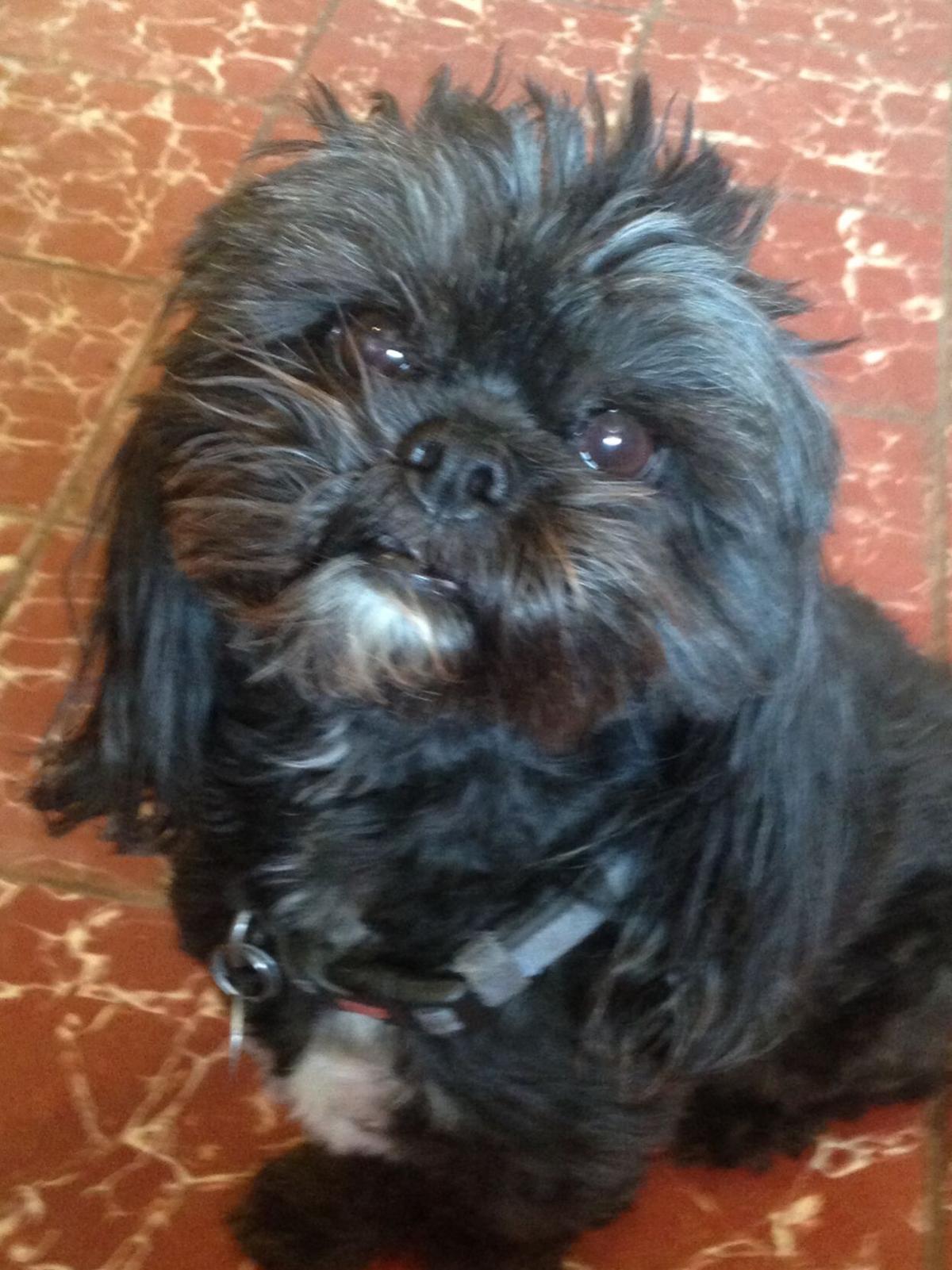 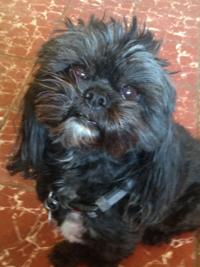 Maggie likes to go for walks riding in a stroller.

I usually take Maggie for a late-afternoon stroll. In a stroller. She can walk on her own, but she’s taken to the stroller.

I’ll be reading. Shortly before 6 o’clock, she parks herself in front of me. I feel something’s up. I lower the book and see a dog staring at me. It’s not a sad puppy look. It’s not a plea. It’s an assertion.

“Time for my scooter walk.”

I admire her assertiveness. I’m somewhat passive-aggressive myself. I mumble something and get mad when my wife tells me to speak up. I mumble louder. Like Maggie, Cindy’s assertive. So’s my daughter. I’m surrounded by assertive women. It keeps me from having to overthink things.

Back to the dog. Maggie is mostly Shih Tzu. Cindy picked up her at the local Safeway, some years back. The dog had been running in and out of the store, days on end. The manager handed her over to Cindy.

The year before, we picked up Benji, another dog of Shih Tzu bearing. He was wandering the streets of Phoenix.

Later in life, he developed a heart condition. He had trouble keeping up on walks. I wrote about it. A couple of readers suggested a dog stroller. I thought about it, then ordered one.

It worked great. Benji would sit quietly as the world slowly rolled by. Maggie would walk alongside. She learned to stay wide of the scooter, after a few close calls.

Benji died in January. I folded up the scooter and put it in a nook next to the piano. Why we have a piano is another story. Nobody in our house has a clue how it works.

I continued to take Maggie on walks. We went to the park in the morning. And around the block in late afternoon. As the days warmed to toaster-oven levels, we cut back on the afternoon walks. The asphalt was too hot for little Shih Tzu paws.

The dog, however, expected walks. She let me know it. She has that look down pat.

So I pulled out the scooter. And set her inside and off we went. She took to it like Benji.

They did differ a bit in style points. Benji took on the air of dictator of a small country. He’d look straight ahead with the bearing of somebody important. He’d welcome the greetings of his adoring subjects. “What a nice dog!”

Two houses down is a man with daughters. One of them always seems to be washing a car. One day he saw me pushing the stroller. He shouted, “Congratulations!” He thought I was a new grandfather. When I got close, he looked in.

I’m not sure he liked what he saw. A dog or an extremely hairy baby.

Deandre is a whole different story. He likes Maggie. He lives around the next corner. Sometimes he’s out playing on the driveway. He’s maybe 9 or 10. He first met Maggie when I took her for walks with Benji, a year or two ago. Before Benji became scooter-bound.

Benji and Maggie made a good team. Benji would nonchalantly approach Deandre, as if to say, “Pet me.” Maggie took this as her cue. She’d put her little paws on Deandre as if to say, “Me too!”

Benji gave her courage. Now, without him, she seems a bit more shy. More cautious. At least with people outside the home. She holds back a little. Benji’s not there to assure her it’s all OK.

I’ve read that dogs can mourn loss. I think there’s something to that. I know Maggie misses Benji. There is a silver lining. Maggie now gets all our attention. And she has a laser-like focus on the here and now.

And so, late afternoon, she lets me know. It’s time. I make it official. I announce: “Scooter walk!”

I unfold the scooter. Maggie runs right past it, for the door. I call her back. She runs up to me. She stops. And rotates like a train car on a turntable, so I can pick her up.

I put her in the scooter, open the front door and we’re on our way.

Three turns later, we’re back on our street. C.M. lives on it. One time, as we strolled by, he pulled into his garage. I paused to tell him I was walking the dog, in her scooter.

I smiled. If only I had thought to say: “We’re doing our best.”