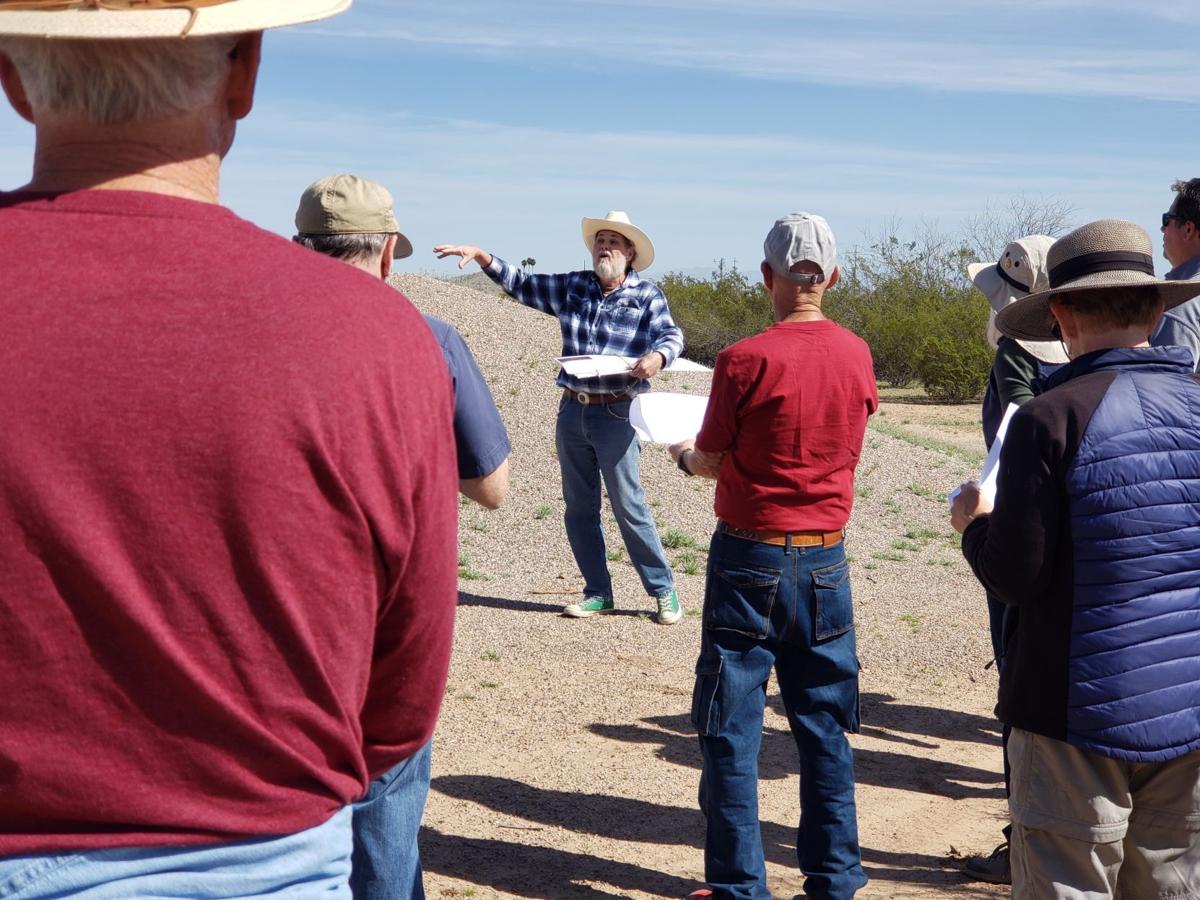 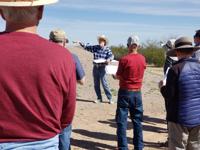 COOLIDGE — I first came across Doug Craig while thumbing through the latest issue of Archaeology Southwest. He had written an article on the Grewe site. It was once a Hohokam settlement, dating back to the year 500.

Casa Grande Ruins National Monument is just to the west.

Craig had first-hand knowledge of the Grewe site. He directed an archaeological dig there in the mid-1990s.

He wrote about pit houses surrounding courtyards. And families living there for generations. And about ballcourts, where the ancients competed with stones as round as baseballs.

I thought I should talk to him.

I turned the page and saw a sidebar with the headline: “In Memoriam: Douglas Craig.”

I couldn’t talk to Craig, but I could to a few people who knew him. Kyle Woodson worked for Craig at the Grewe dig. Dave Carney and Alycia Hayes both work at Casa Grande Ruins. They knew Craig from his work with the Friends of the Casa Grande Ruins, a nonprofit. Craig was the president. His salary was zero.

I started with Woodson, now an archaeologist with the Gila River Indian Community. His full title is director of cultural resource program management.

He met Doug Craig in 1995. Northland Research of Flagstaff and Tempe hired them as part of the team surveying the Grewe site. It’s named after the farmer who owned the land. State Route 287 runs through the site.

The Arizona Department of Transportation contracted with Northland to do the dig. Federal law required it before ADOT could work on an overpass.

Craig became the project director. He was a Harvard graduate working on his Ph.D. in archaeology at the University of Arizona. Woodson became one of two crew chiefs at the Grewe site.

They recorded some 250 pit houses. These were homes of thatched walls and roofs built atop shallow holes.

The arrangement, in some cases, had the archaeologists scratching their heads, Woodson said. Craig and his crew helped to solve the puzzle. The inhabitants built new homes on top of old ones. The houses overlapped. But the families maintained communal areas, the courtyard — often over generations.

Here’s what Woodson took away from the yearlong dig. And from Craig’s management.

He was more than a boss, Woodson said.

“He’s just one of those people who just kind of has a natural skill, helping people learn things and teach,” Woodson said. “And you might not even realize you’re … learning things.”

They surveyed the ballcourts and canals. The Hohokam canal system watered the crops that fed the early settlers. In time, families moved west and settled in the area now known as the Casa Grande Ruins.

It was a slow movement, over centuries. Archaeologists call this village drift.

He was a good ambassador for the ancient Sonorans.

He spoke about the monument at public events. He gave tours. And he supported legislation to expand the monument’s boundary. It would take into its fold a number of Hohokam sites, largely east of the monument. Grewe included.

A bill introduced in 2013 had bipartisan support. But it wasn’t enough. The legislation went nowhere.

Not that Craig wasn’t giving it his best shot. He put his heart into it. Congress proved to be an immovable object.

Dave Carney remembers speaking to Craig about it. Carney is chief of interpretation and education at the Casa Grande Ruins. He has 30 years with the National Park Service. He came to the monument some five years ago.

That’s when he met Craig.

Right off, Carney said, Craig asked him: What does the monument need?

He knew about Craig’s push for the monument’s expansion. It was the rock that kept rolling back down Capitol Hill.

“I said, ‘Let’s see if you pick something small that has a ribbon cutting at the end.’ Doug said, ‘That would be great.’”

Then came the idea for a pollinator garden. Led by Craig, the Friends helped plan and raise money for it. The garden is now a go. It will feature native plants chosen to attract a variety of pollinators, from butterflies to bats. The garden will circle picnic benches north of the visitors center and south of a Hohokam ballcourt.

“It wasn’t like Doug’s background was in pollinator gardens,” Carney said.

But he saw the pollinator garden as another reason to draw people in. And educate them about the monument. The past it represents. And the importance of its preservation.

He brought others on board.

“He showed up and smiled, listened to everybody; complimented everybody on their talents and their ability to do all these things,” Carney said.

Alycia Hayes has memories of her own. She’s the Casa Grande Ruins archaeologist.

“He was the first speaker of our lecture series,” Hayes said of Craig. “It was something he wanted to do with the Friends that wasn’t too much money.”

He gave his time freely. He just had to make room for it. He lived in Marana, not exactly around the corner. And he still had his day job with Northland.

Each year, Hayes said, “we filled up 11 weeks of lectures between the two of us.”

He teamed up for other lectures with Angela Garcia-Lewis, cultural preservation officer for the Salt River Indian Community. They hit the lecture circuit on behalf of the Amerind Museum outside Benson.

“They called it the Hohokam Road Tour,” Hayes said.

Craig wanted to reach students as well. That was easier in years past. School groups regularly visited the monument. Then the coronavirus hit. Craig and Friends raised money for a remote learning setup.

They now have the needed equipment, Hayes said. The monument will come to the classroom.

Craig was always there, it seemed. Ready to help.

Early in the year, that changed. He began to slow down. He apologized he couldn’t do more, Hayes said.

He told Hayes he was ill.

“He said, ‘I’m dealing with this. It’s not going as well as I wanted.’ He did not go into detail.”

As it happens, he never did give up on expanding the ruins’ boundary. I came across a PinalCentral article from July 2019. Craig addressed the Coolidge City Council. He spoke in support of a bill proposed by Rep. Tom O’Halleran. Craig told the council it would double the monument’s size.

The council listened, then voted to support the expansion.

O’Halleran introduced the measure last October. Sen. Martha McSally introduced a similar bill in the Senate. Both had bipartisan support. Members who agreed on little else agreed to expand the monument’s boundary.

The O’Halleran bill passed out of committee on Wednesday. It goes to the House floor for a full vote. That’s a step closer to law.

I reached out to McSally and Sen. Kyrsten Sinema’s offices on the Senate bill. I didn’t hear back. Maybe the bill’s dead. Maybe the preservation of Arizona’s heritage will have to wait.

Too bad. If Craig were still alive, there’d be nobody better to guide a tour of the Grewe site.

I’d first ask him about all the pit houses, built one atop the other.

Coates: Getting away from it all on the Chain Cholla Trail

CASA GRANDE -- I went on a hike last Tuesday. That was a week before Election Day, which — if this column lands in its usual spot — is today.