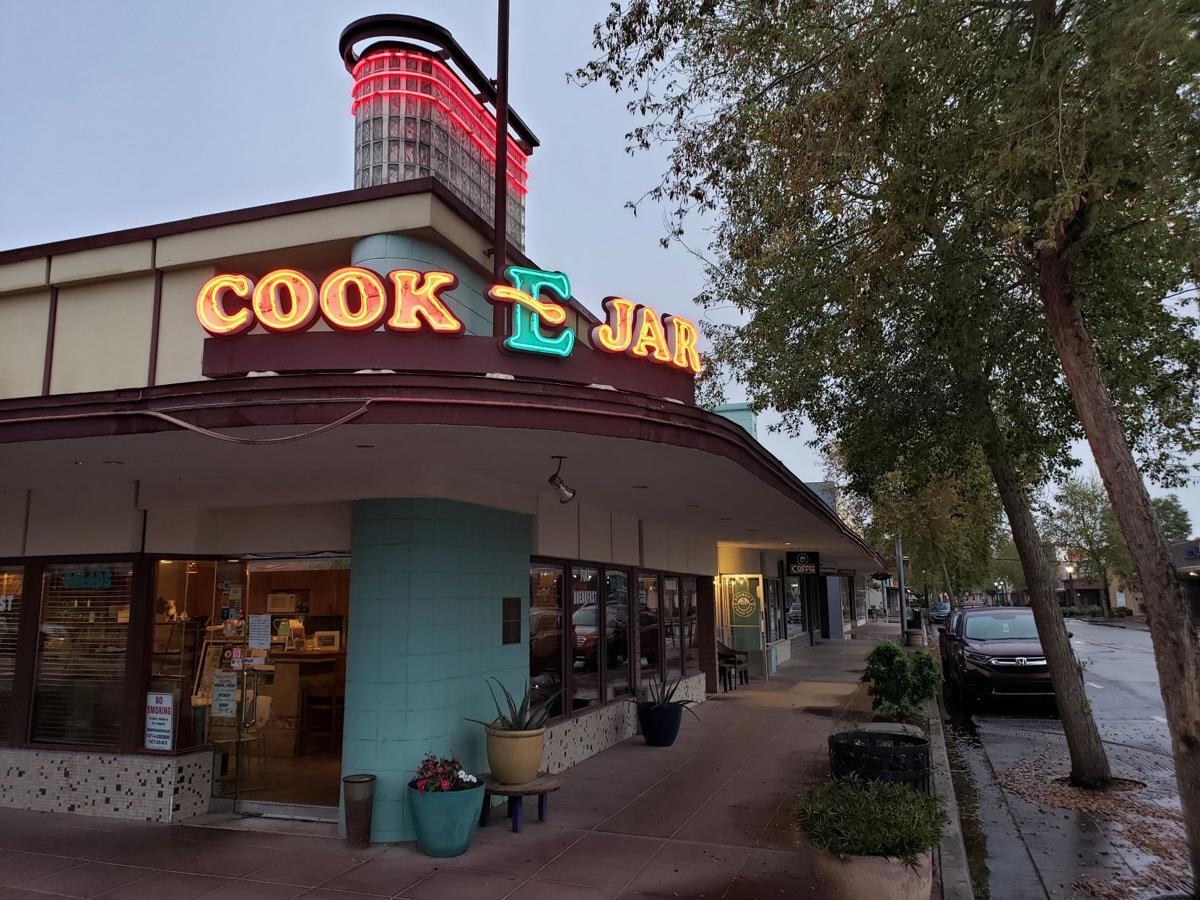 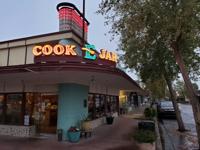 The CookEJar is located in downtown Casa Grande.

CASA GRANDE — I hired on with the Dispatch in the summer of 2010. My job was to write feature stories. I preferred face-to-face interviews.

Over the years, the CookEJar became my second office. The newsroom seemed a bit cramped. All those people hunched over computers, working away. Kind of distracting.

So I’d head down to the CookEJar, a block away. I’d settle into one booth or another, usually around mid-morning. I’d pull out the tools of my trade, notebook and a pen. And chat with the person across from me.

Sure, I had questions that needed asking, but mostly I enjoyed the conversation. And the interesting stories. I followed along with pen and paper as best I could.

The interviews would run an hour or so. I’d nurse a cup of coffee. And maybe a chocolate chip cookie. The CookEJar makes a mean cookie. Sometimes the person across from me would order a full breakfast. Sometimes just coffee.

Either way, I sipped coffee and listened. The CookEJar staff never complained. They never rolled their eyes. They just made sure I never ran low on coffee.

I combed through a few of my old Dispatch stories. I found at least a dozen references to interviews at the CookEJar.

In December 2010, I spoke to Ken and Betty Rodgers of Boise, Idaho. They were in Casa Grande to talk about a movie they had worked on.

Ken grew up in Casa Grande. He joined the Marines and found himself in the 1968 battle of Khe Sanh, one of the fiercest in the Vietnam War. He and Betty had all but completed a documentary about Khe Sanh. They interviewed Marines who had fought there. They dug into archival footage and photos. But they needed help editing the film.

They got it when John Nutt, a retired movie editor in Tucson, saw my story. It had been picked up by AP. Nutt had worked with the likes of George Lucas and Francis Ford Coppola.

I interviewed Ken and Betty again, a year later. They were in town to screen their then-newly completed movie, “Bravo! Common Men, Uncommon Valor.” It’s a harrowing tale of Marines struggling to hold Khe Sanh against a relentless 77-day assault by the North Vietnamese.

In May 2011, I spoke with former Pinal County Sheriff Frank Reyes. He helped launch the drive to create a memorial for fallen Pinal County veterans. He had a personal stake in honoring them. His brother was killed in Korea. A nephew in Vietnam. Reyes’ idea turned into a 10-year effort to raise funds. That idea will soon become reality on a dedicated parcel at Ed Hooper Rodeo Park.

I met Judy Ferguson at the CookEJar in 2013. She was better known as Judge Judy. For 24 years, she sat as Casa Grande’s city court judge. She had just been forced into retirement when I spoke to her. The City Council opted to go with Christopher O’Neil, a lawyer. O’Neil is now a Pinal County Superior Court judge.

Ferguson had some good stories. I wrote about the time she married a pair of skydivers over Eloy. She pronounced them husband and wife at 10,000 feet. They jumped out of the plane. Ferguson didn’t. She wore a parachute, though. Just in case.

Paula Johnson was a two-pack-a-day smoker before she took up vaping. I spoke to her in June of 2014. She was an early advocate for e-cigarettes as a way to quit smoking. She belonged to a vaping group.

E-cigarettes deliver vaporized nicotine from a liquid-filled cartridge. It can come in flavors. Johnson’s was cookie dough. I think I’d rather just eat a cookie. She demonstrated with a few tokes. The vapor didn’t linger like smoke. It vanished like mist from a steam kettle.

The state ban on smoking in restaurants doesn’t cover vaping. I’m not sure what the CookEJar thinks.

In 2015, I spoke with Junior Hernandez. His given name is Serapio. Everybody knows him as Junior. He was a school janitor who passed his GED and joined the Casa Grande Police Department. He rose to sergeant, retired and started a second career with the Pinal County Sheriff’s Office. And retired again. He had wanted to be a cop from the age of 5, when he spotted a man with a badge and a gun.

“I couldn’t take my eyes off that gun,” he said.

As it turned out, Hernandez the cop never fired his weapon, outside of the practice range. He did once rescue a 2-year-old from drowning with a pool skimmer.

I spoke to Deputy Sheriff Ed Muszala in July 2015. He had rescued an elderly Oro Valley neighbor under attack from 50,000 bees.

I retired from the Dispatch about that time. It was a formality. I continued to write the column. And I continued to use the CookEJar as my office away from home.

Bill Kinnison called me in April 2017. I had written about Mexican gold poppies in bloom on Casa Grande Mountain. He told me the flowers, native to the Sonoran Desert, had been seeded.

I met him at the CookEJar and learned more. Kinnison is a retired Central Arizona College botany professor. He and Joe De Rehoulhac hiked the mountain in the early 2000s, casting seeds gathered from De Rehoulhac’s garden of Mexican gold poppies.

I spoke to Rabbit Mejia in 2019. A onetime barber, he was deeply influenced by the ‘60s counterculture, in Casa Grande and beyond. He spoke of heading out for the Woodstock music festival in 1969. He was 18. He never made it past Eloy.

But he kept the vibes.

I skipped a few people. And, of late, I’ve skipped face-to-face interviews at the CookEJar. By orders of my wife. I’ll go back, once I’ve been vaccinated. I’ll order a coffee and sit down with somebody who’s got a story to tell.