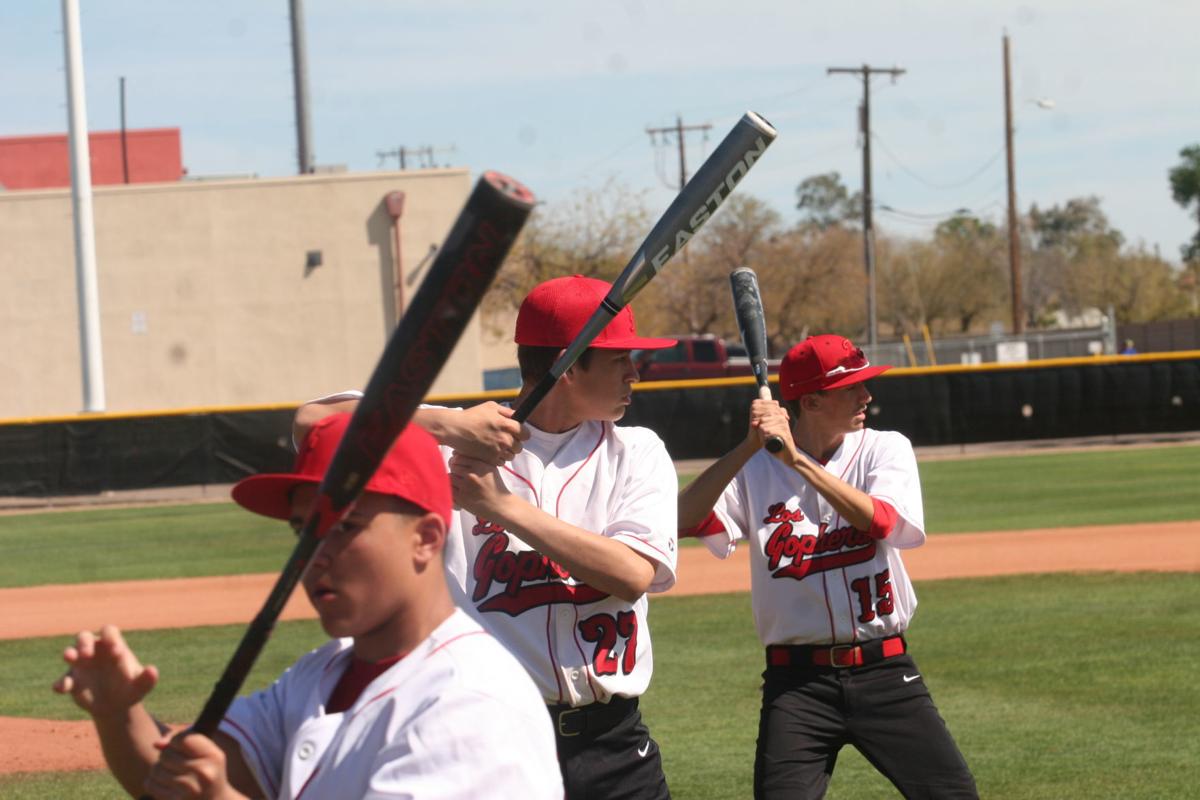 The Gophers warm up prior to their game against Santa Cruz in the annual Joe Padilla Tournament March 6 at Florence High School. 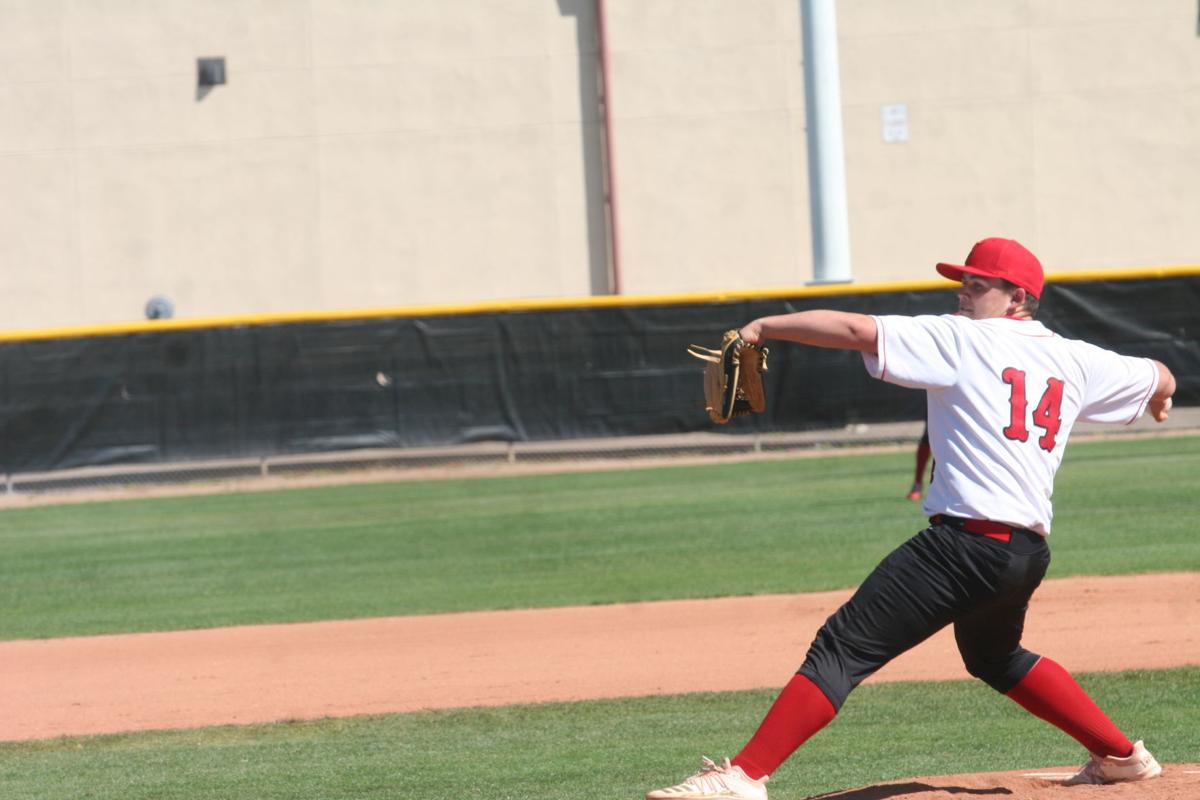 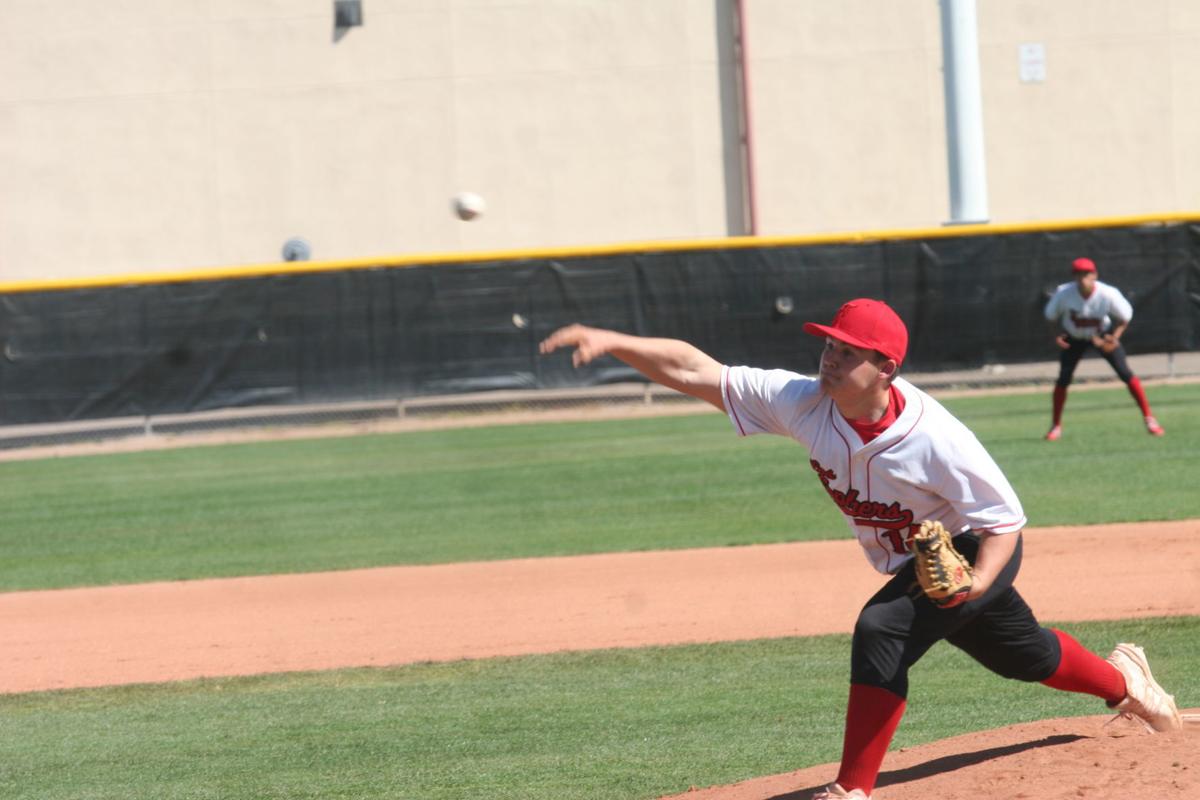 The Gophers warm up prior to their game against Santa Cruz in the annual Joe Padilla Tournament March 6 at Florence High School.

Following the delay, the Gophers lost 6-5 to Safford and were eliminated one game before the championship game. Safford went on to beat Winslow 11-10 to clinch the tournament for the second straight year.

In Florence’s semifinal game, Gophers second baseman Jalen Oatis backed up and caught the fly ball but collided with right fielder Angel Rankin, who was also moving toward the ball. Rankin suffered a cut under his chin and Oatis’ scalp was split down the middle. Both were taken to separate hospitals to be examined for concussions.

Neither was diagnosed with a concussion, but Rankin suffered a fractured jaw and received stitches to his chin, and it’s unknown when he’ll return to the lineup. Oatis’ scalp was glued back together and he’s already back on the field.

The game was tied when the two players collided, and the Bulldogs scored a couple of runs. The Gophers battled back with three runs to take the lead. Then in the last inning, Safford scored with a walk-off double to win the game.

After the injuries to Oatis and Rankin, the Gophers “actually stepped up really good. They came together as a team. We just missed a couple of guys in key positions, so (Safford) ended up getting the win,” Florence coach JT Neal said.

Previously in pool play, Florence beat Miami 2-1, tied with Tombstone 3-3, then lost 7-4 to Santa Cruz. It was the Dust Devils’ only win in the tournament.

In the championship bracket, Florence defeated Morenci 7-4. Anthony Loth and Chris Walters both pitched well in the tournament, Neal said.

San Tan Foothills played Safford in the first round of the championship bracket and Safford won with a walk-off, a squeeze bunt in the bottom of the inning.