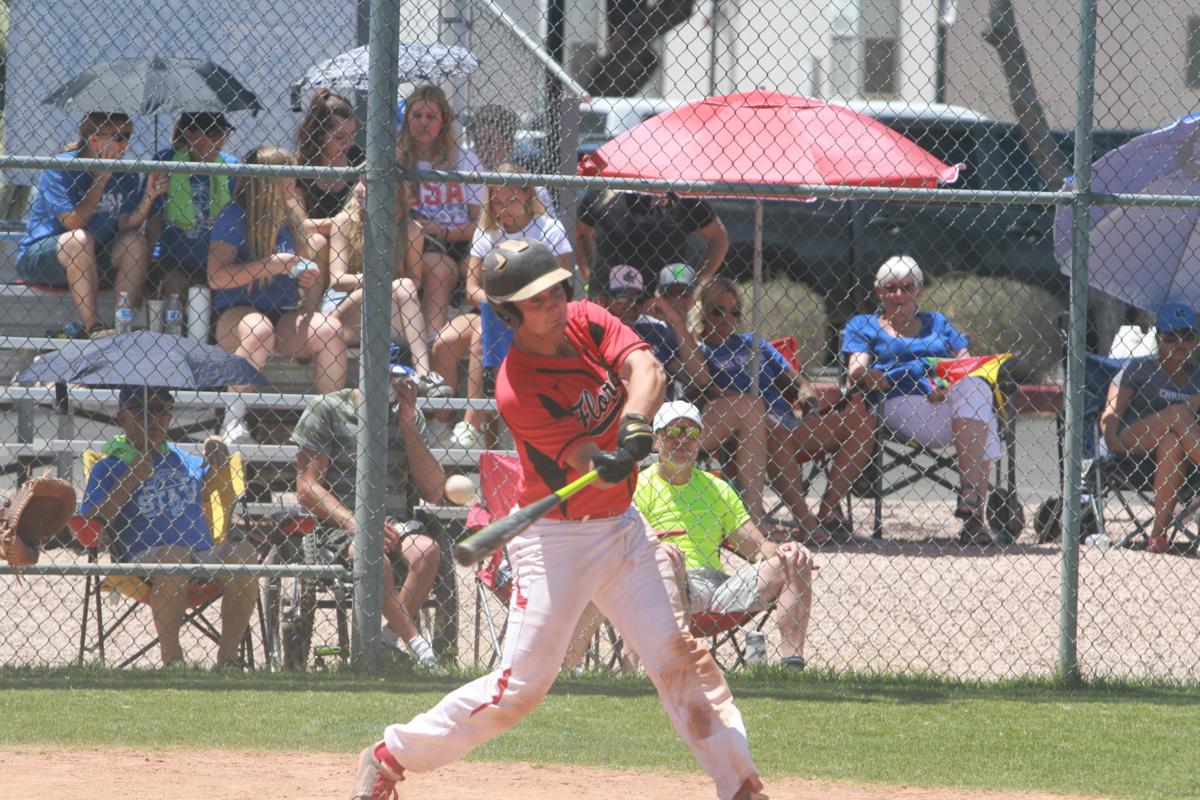 Florence’s Christopher Walter swings at a pitch May 8 in the Gophers’ playoff loss to Valley Christian. 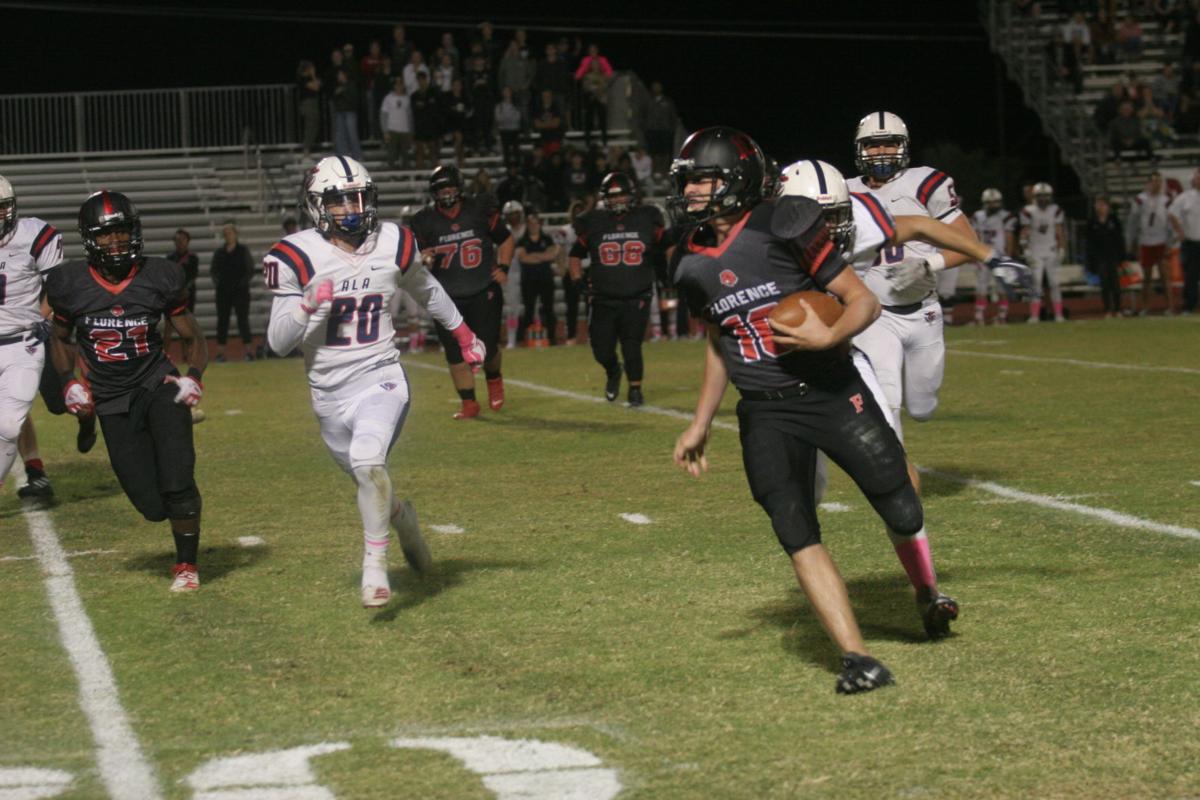 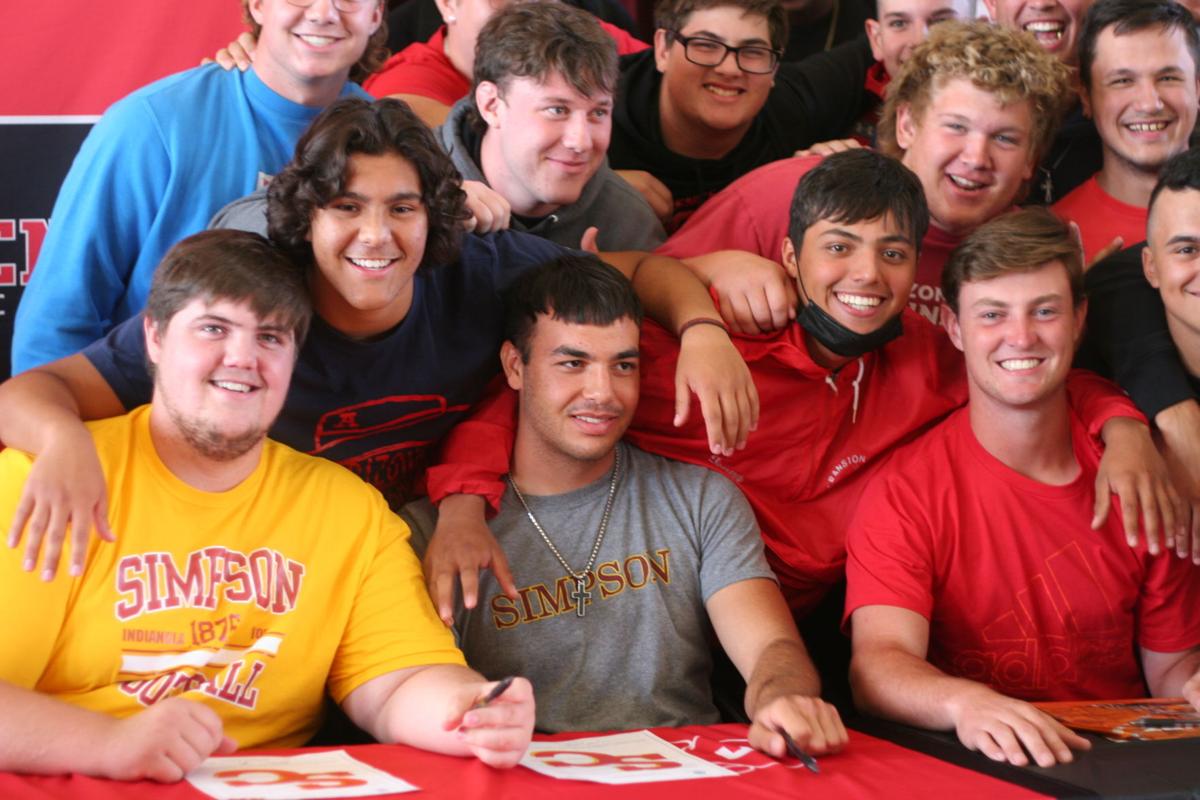 Florence’s Christopher Walter swings at a pitch May 8 in the Gophers’ playoff loss to Valley Christian.

Christopher Walter has never been one to back away from a challenge.

He didn’t in the fall when he took on the high-pressure role of Florence Gopher quarterback, getting better each season despite the team going through its ups and downs. A three-year starter, Walter increased his completion percentage every year, and double his touchdowns from his junior season to his senior one, despite playing fewer games.

He didn’t in the winter when he positioned himself in front of a goal during soccer season that was consistently under attack by the opposition. He stood firm, brushing off the balls that did go into the net to be ready to make yet another save. In the end, he made 171 stops, the most in the state, according to MaxPreps.

And he didn’t in the spring when he squatted down behind home plate, trying to give the young pitchers on the baseball team some confidence throughout the season. Walter hit .441 his senior season, with an OPS of 1.124, to win Region Player of the Year, and his Gophers fought their way to a region title and playoff berth.

“I like the fact that everything is different. You’re never gonna face the same thing over and over again,” Walter said of his positional choices. “It also helps prepare you for life because of the work ethic. If you’re not working, you’re gonna get caught in the game. I’ve always been told that the ball will find you, and I live my life that way.”

Now with graduation coming, Walter will be leaving behind a school he gave so much to as both an athlete and a part of the student body.

COVID has had a noticeable effect on recruiting, making it harder for kids to get connected with colleges. So Walter and his mom, Florence Mayor Tara Walter, sent film and information to as many colleges as they could. One of those emails went to Ottawa University, which reached out to him six hours later wanting to bring him in.

Now, he’s going to be competing for a job as a college quarterback.

“They said I was a guy they wanted there,” Walter said. “I had a really good feeling about the coaching staff. They seemed honest, and I like the offense they run.”

Looking back on his time at Florence, he remembers the high-intensity games that tested the mettle of him and his teammates. Even the losses have value in his memory bank. His favorite game was the season opener of his senior football season, when the Gophers visited their rivals in Coolidge and just fell short in a 47-43 thriller.

Despite the loss, Walter remembers the feeling of knowing that each player had given it his all, and the potential that group had moving forward. That growth was the defining theme for his time as a Gopher, realizing that all his coaches were tough on him for a reason. And even though he won’t be competing for the school again, he hopes that his journey in Florence will inspire those who will replace him.

“I hope that I can be remembered as a great player, great guy, great person overall,” Walter said. “But I also want to make sure that the guys that were behind me — the juniors, the sophomores, the freshmen — all saw somebody they could look up to and pass that down to the younger guys as well.”