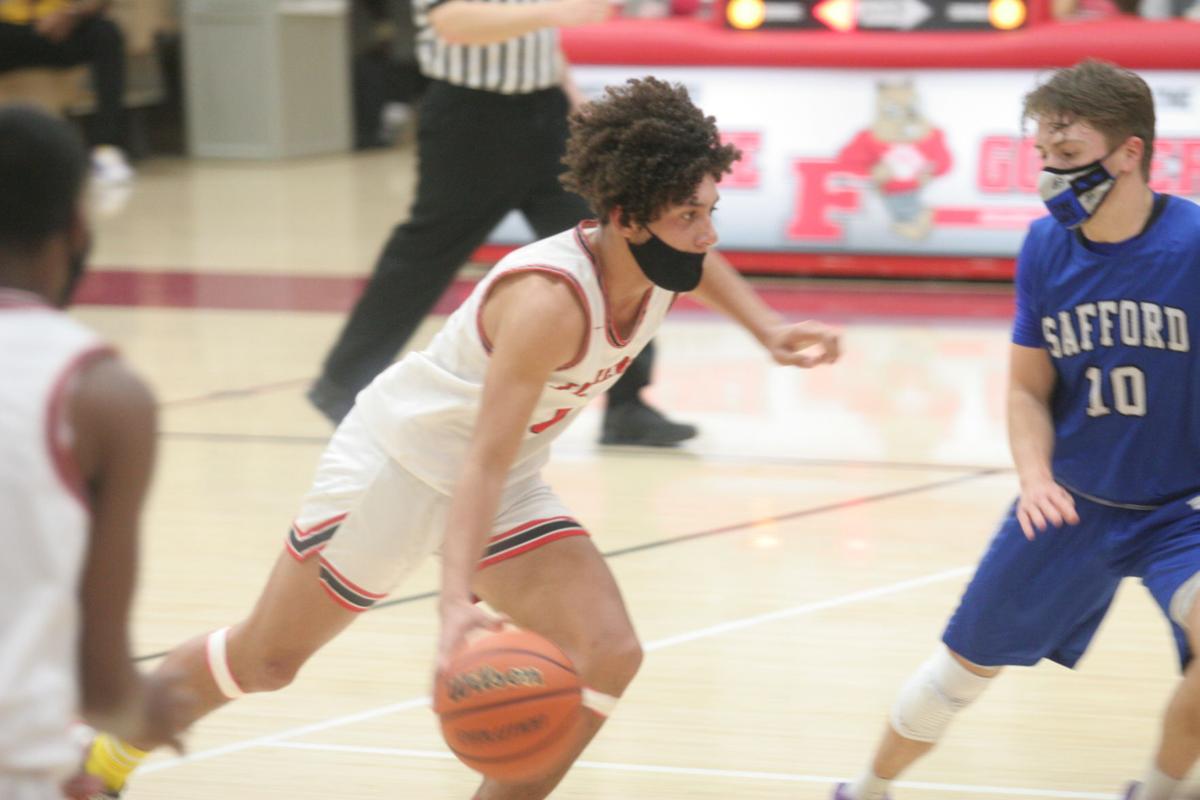 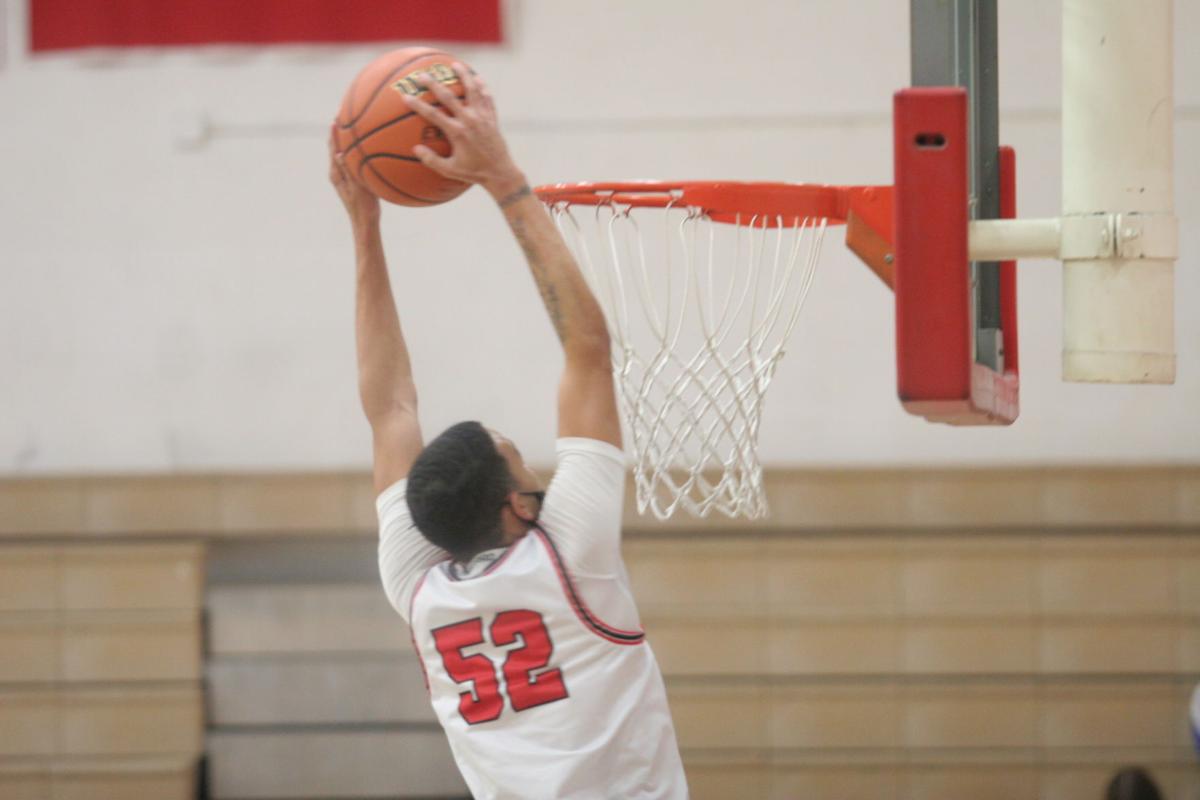 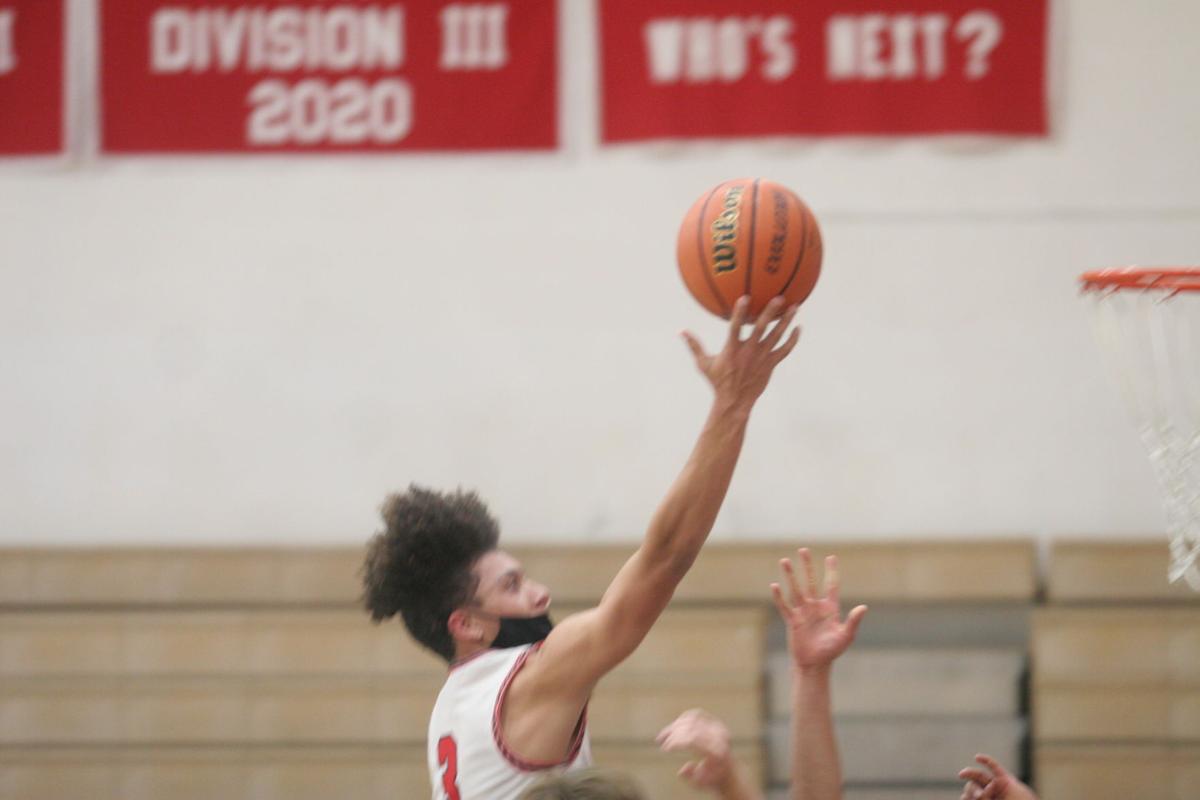 Chris Farmer lays up a shot for Florence.

Chris Farmer lays up a shot for Florence.

FLORENCE — Florence and Safford were tied at 8 just over halfway through the first quarter, but the home team was in control for the rest of contest, smoking the Bulldogs 84-34.

Florence coach David Silvas noted Safford came a long way to play on a Friday night and was missing a key player. “That helped us out, but our defense was there. After that first time out, we really just turned it on. Our defense is what caused that type of a score.”

The Gophers kept the Bulldogs from scoring for almost four minutes into the third quarter, until Safford’s Grant Smith finally made a free throw.

“Our starters – Chris Farmer, Malik Payton, Eddie Chapple, Kaleb White, Izzy Dismuke — they just really got on that defense and got after it defensively, and we were just getting layup after layup after layup. When you play defense that well the other team can lose focus a little bit, and we just kept it on and didn’t let up,” Silvas said.

Payton had 34 points Friday night and had exceeded 1,300 career points with the Gophers by halftime. Farmer and Chapple each had 12 points. Sage Grey hit a 3-pointer early in the 4th quarter.

“Florence has a lot of good athletes out there, a lot of good shooters,” Safford coach Sheri Camarena said afterward. “We were missing one of our players tonight who’s a big part of our team.” The player wasn’t in quarantine, but was sick “and wanted to keep everybody else healthy,” she said.

Silvas said Florence has two big away games next week vs. top-ranked Valley Christian and Winslow. “We’ve got two tough games for sure next week and then after that we’ll see where we’re ranked, we’ll have a playoff game wherever and just try to make another run.”