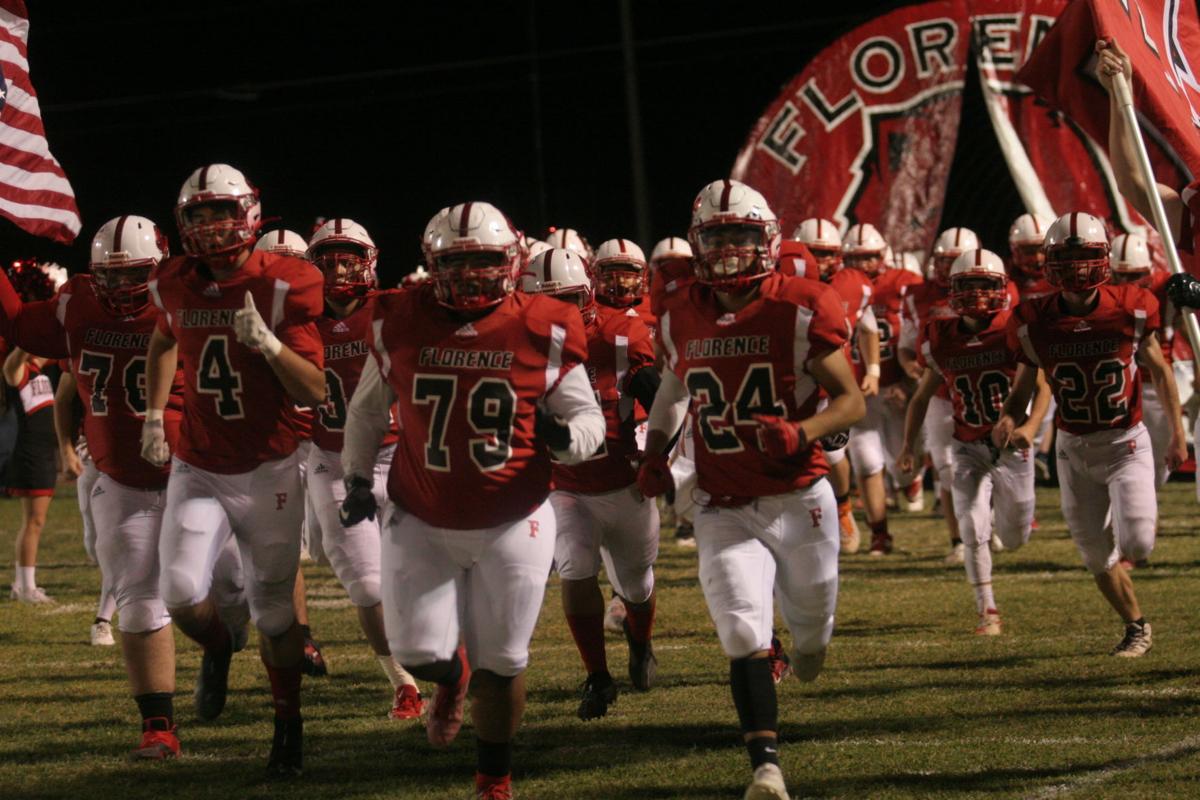 The Florence Gophers take the field before the opening kickoff against Fountain Hills on Friday in Florence. 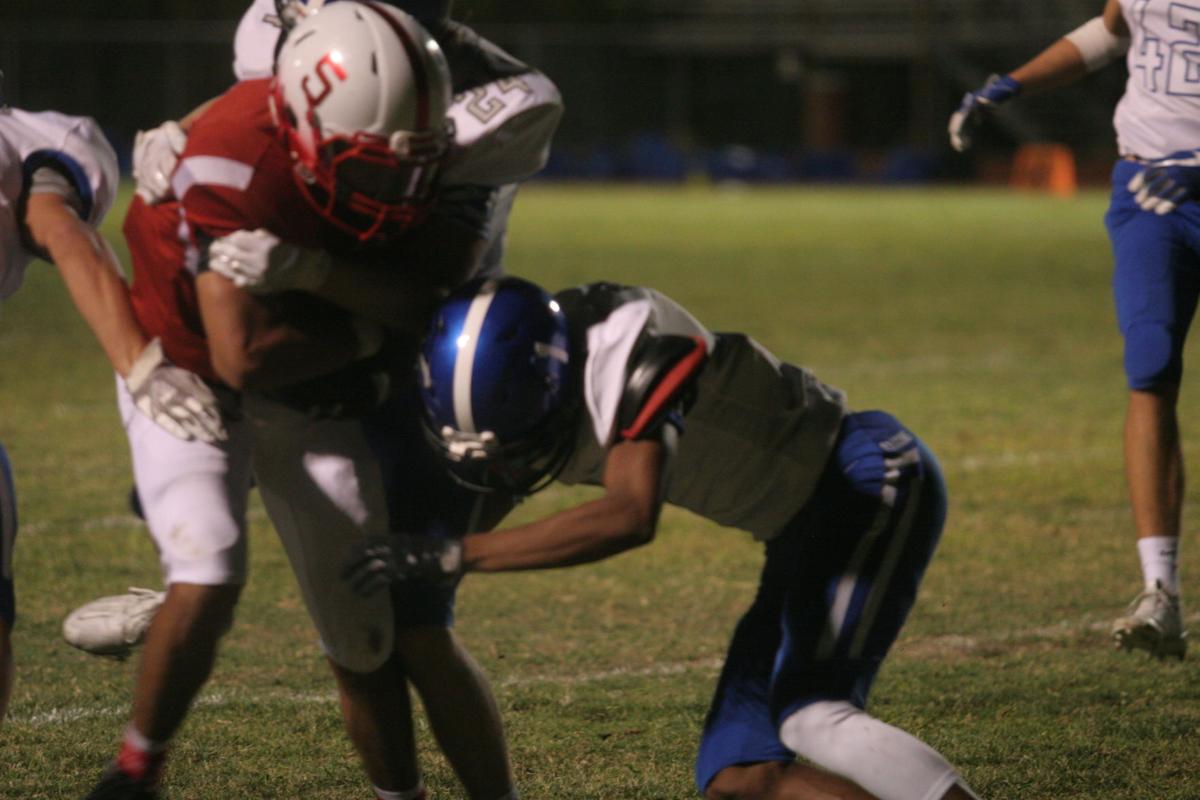 The Florence Gophers take the field before the opening kickoff against Fountain Hills on Friday in Florence.

FLORENCE — Three touchdowns ahead in the second quarter, it looked like the home team had already put the game away.

But Fountain Hills showed Florence how quickly things can change, and in the end, eked out a 48-47 win.

“It came down to us making less mistakes,” Falcons coach Jason Henslin said. "We fixed those a little bit at halftime, and let them know we’re never out if it and just keep fighting. You give that speech every time at halftime when you’re down, but it sunk in with them this time and it was just an awesome thing to watch them.”

The game went down to the final minute. The Gophers had the ball at midfield with 21 seconds to play, but their drive was cut short with an interception by the Falcons’ Savion Boone. In fact, Boone, a junior, was unstoppable all night, making five touchdown catches, including a couple of strikes from midfield.

“It was one of the best receiving games I’ve ever seen,” Henslin said.

Florence coach Scott Howard said his team was hurt by mental mistakes and taking their foot off the pedal. “We’ve got to learn to finish. That’s what it boils down to, we made too many mistakes.”

Fountain Hills was behind by two touchdowns, 21-35, when the second half began. But in less than four minutes, the Falcons scored twice to tie the game. The latter score came after a Gophers fumble and a 50-yard pass from quarterback Shane Davenport to Boone.

Before the quarter was over, another big pass completion to Boone set up a touchdown by Connor Smout to put the visitors in the lead for the first time. Smout also scored in the second quarter.

For the Gophers, Davante Neal scored four times — twice in the first quarter and twice in the fourth. He ran 75 yards for his third touchdown. Josh McEvoy scored twice and Isaac Sandoval scored once.