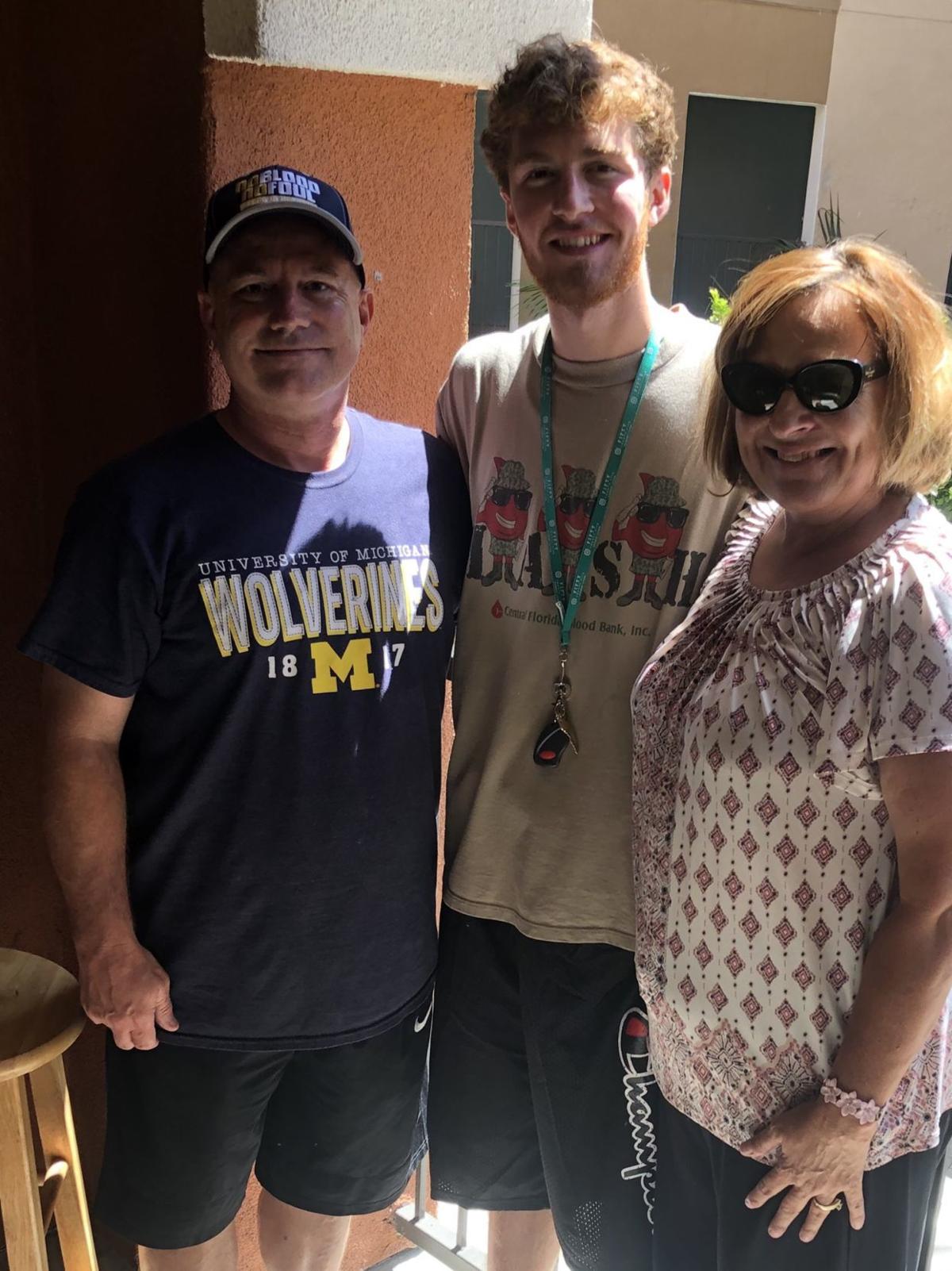 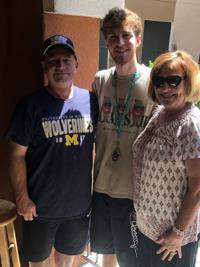 Former Florence basketball star Nick Tucker, middle, poses with his mother and father, Stacey and Tim, as he moved into his San Diego apartment in August. 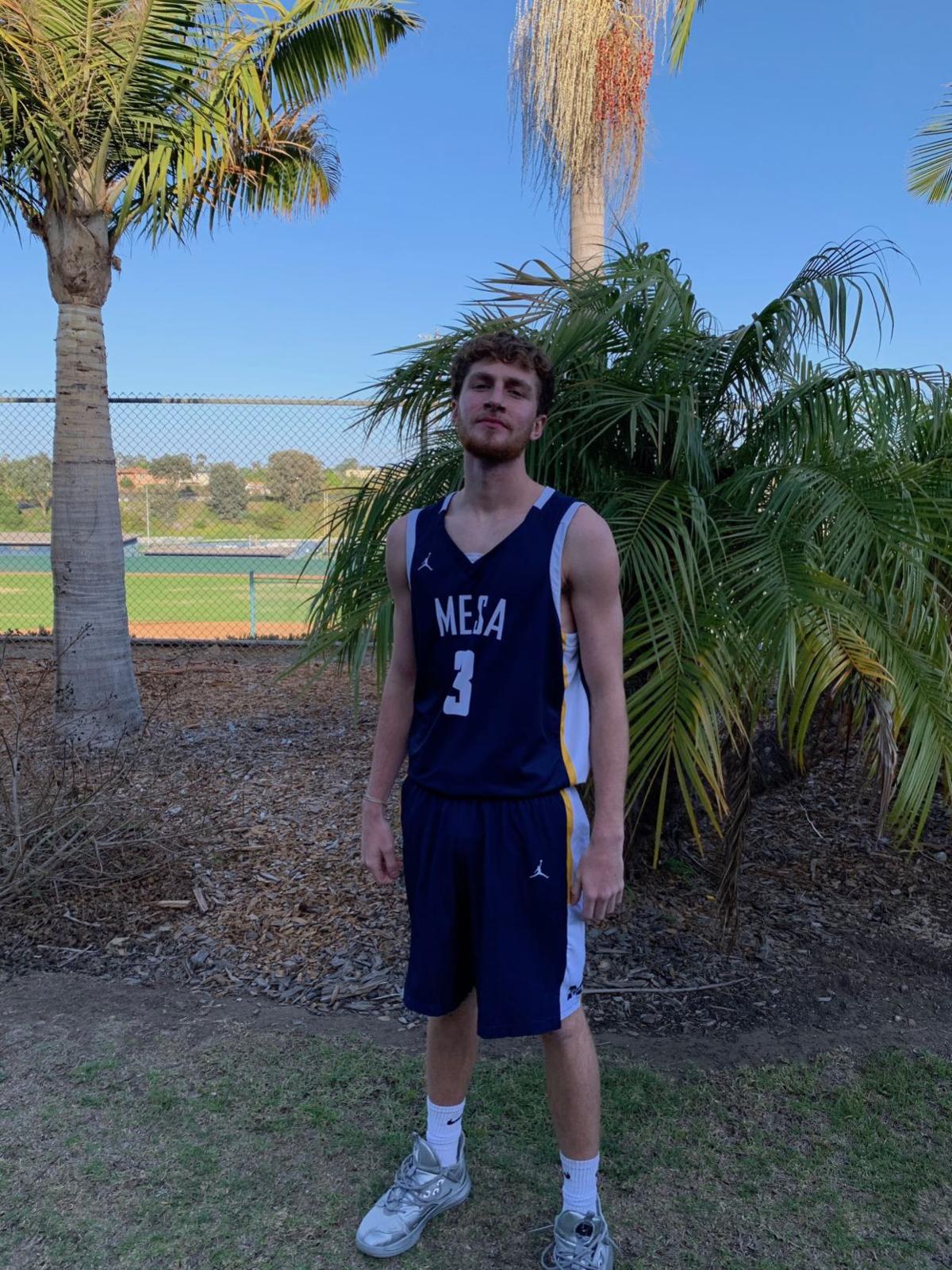 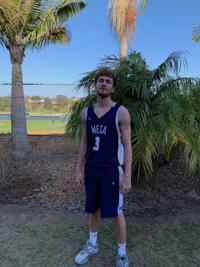 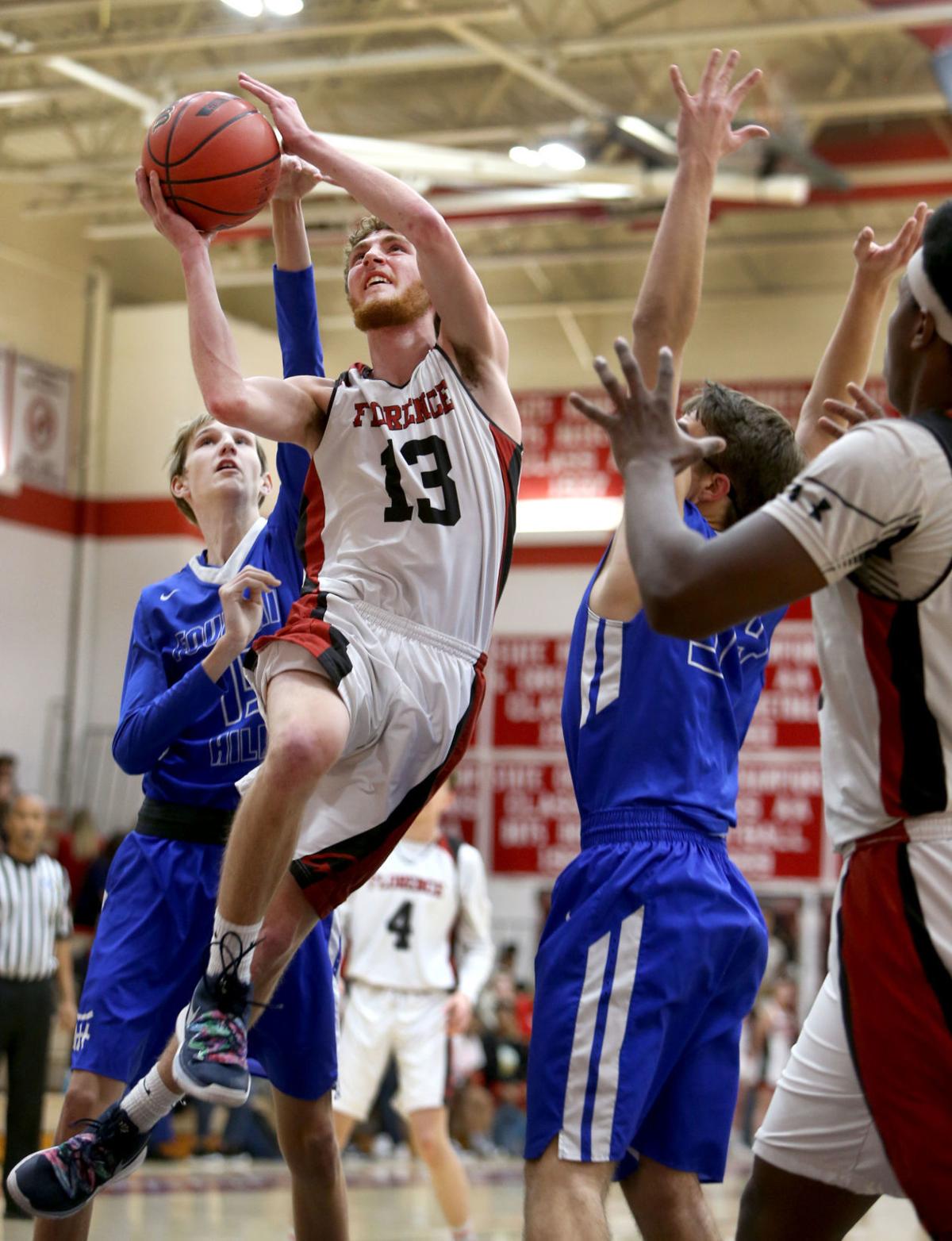 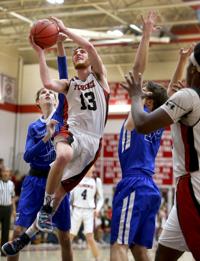 Florence’s Nick Tucker drives to the basket against Fountain Hills during a Feb. 13, 2019, game in Florence.

Former Florence basketball star Nick Tucker, middle, poses with his mother and father, Stacey and Tim, as he moved into his San Diego apartment in August.

Florence’s Nick Tucker drives to the basket against Fountain Hills during a Feb. 13, 2019, game in Florence.

FLORENCE — Nick Tucker thoroughly dominated his high school competition, but playing college basketball was a shock to the system at first.

The 2018-19 PinalCentral Boys Basketball Player of the Year, Tucker averaged 28 points and 9.6 rebounds in his senior season at Florence. After careful consideration, he chose to play basketball at San Diego Mesa College.

When he hit the basketball court to play for San Diego Mesa, a junior college in its namesake Southern California city, it was a wake up call.

“It took me a little time to adjust,” Tucker said. “All the players are bigger, stronger and faster.”

For Tucker, a lanky 6-foot-2 guard, scoring comes easily. But he quickly learned that he couldn’t just coast on his offensive skills at the next level. His coaches expected him to play defense, and until he played better defense, he wasn’t going to get many minutes.

When coach Travis Nichols and his assistants started to trust Tucker and his commitment to defense, the freshman’s game began to take flight.

Going away to college is one thing, but for Tucker, it involved not just a new school and new people, but also a new city, new state and new teammates.

Tucker, who turns 19 later this month, gravitated toward San Diego Mesa because the coaches showed genuine interest in him.

“The coaches ... they wanted me,” he said. “They were always calling me and asking me for my (game) films.”

On his campus visit, the coaches brought him into the film room, which has multiple flat screen TVs. The screens were playing Tucker’s high school highlights, and the coaches were giving excited commentary whenever he broke down a defender and made a big play.

That stuck with Tucker, and he felt good about the coaching staff. He basically knew right then he was going to San Diego Mesa.

Other than that, Tucker said San Diego was obviously attractive for its perfect year-round weather. And because the drive from Florence is doable (about five-and-a-half hours), his parents make the trip to attend some of his games.

The San Diego Mesa coaches took additional steps to help Tucker acclimate to his new life. Nichols gave Tucker the phone number of Cameron Hill, who would be his new roommate at an off-campus apartment.

Tucker discovered he and Hill are both originally from Michigan. He quickly made friends with a couple of his other teammates as well.

Tucker scored in double digits in each of his first three games of the season. Then he fell into a major funk. His coaches didn’t trust him on the defensive end. They wanted to see significant effort and improvement in his defense.

He also had trouble learning the offensive scheme, which was much more detailed than anything he had run in high school. It took him a couple of weeks before he started to understand it.

In the first 13 games of the season, Tucker averaged 4.8 points and shot just 29.3% from the field. For basketball purposes, 2019 was a struggle. Fortunately for Tucker, things started to click when the calendar turned to 2020.

Starting Jan. 3, he scored a then season-high 12 points against Imperial Valley. He was up and down in his next three games, going scoreless in two of them and scoring 13 in the other.

On Jan. 17 against Grossmont, Tucker had a breakout performance.

Tucker’s official stat line in that game — he hit 8 of 13 shots, including 6 of 9 from downtown, scoring 24 points. It helped build his confidence.

Another way he gained the coaches’ trust was by showing extra effort.

“I had to start diving for loose balls, playing scrappy,” he said.

Before a rematch against Grossmont, Tucker told a teammate he was going to drop 30. His teammate wasn’t buying it.

When he gets hot on the court, Tucker likes talking to himself, hyping himself up. But he’s not averse to talking a little trash to the guy defending him in certain moments.

Tucker is back home in Florence, since the San Diego Mesa campus closed in March due to the COVID-19 pandemic. He is completing online classes, which he admits are difficult because he is a hands-on learner. He likes face-to-face interactions and added it’s difficult without a teacher in the classroom.

He has Zoom meetings with coaches, and the coaching staff assigns home workouts for players so they can stay in shape.

“A lot of bodyweight workouts, yoga and stretching,” he said.

Tucker gets in some basketball work at a hoop near his house in Florence. He’ll play for a couple hours in the evening when the temperature cools down a bit after hitting triple digits at midday.

For his sophomore season, Tucker wants to get stronger, faster and play better defense. One goal is to make first team all-conference in the Pacific Coast Athletic Conference. Another goal is to be the PCAC Player of the Year.

Tucker put in long days at San Diego Mesa, days that normally began at 7 a.m. and often lasted until 10 p.m. or later with academics and basketball. But he is enjoying the experience. Tucker lives about 5 miles from campus and takes a bus to and from school.

He said San Diego Mesa has quality coaches and trainers who are putting him on the right path.

“Everything is put in place (for you) to succeed,” he said.

Tucker is studying business and wants to continue his basketball career at a four-year university after he finishes at San Diego Mesa next year.