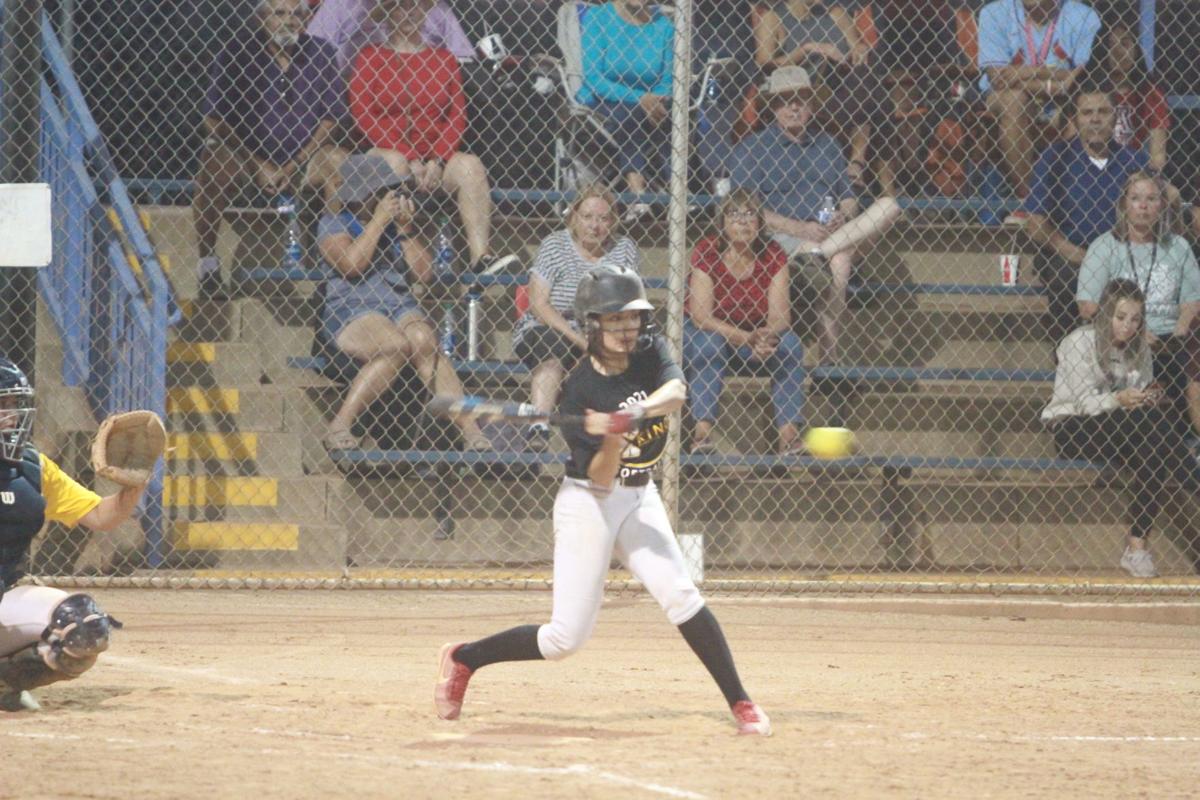 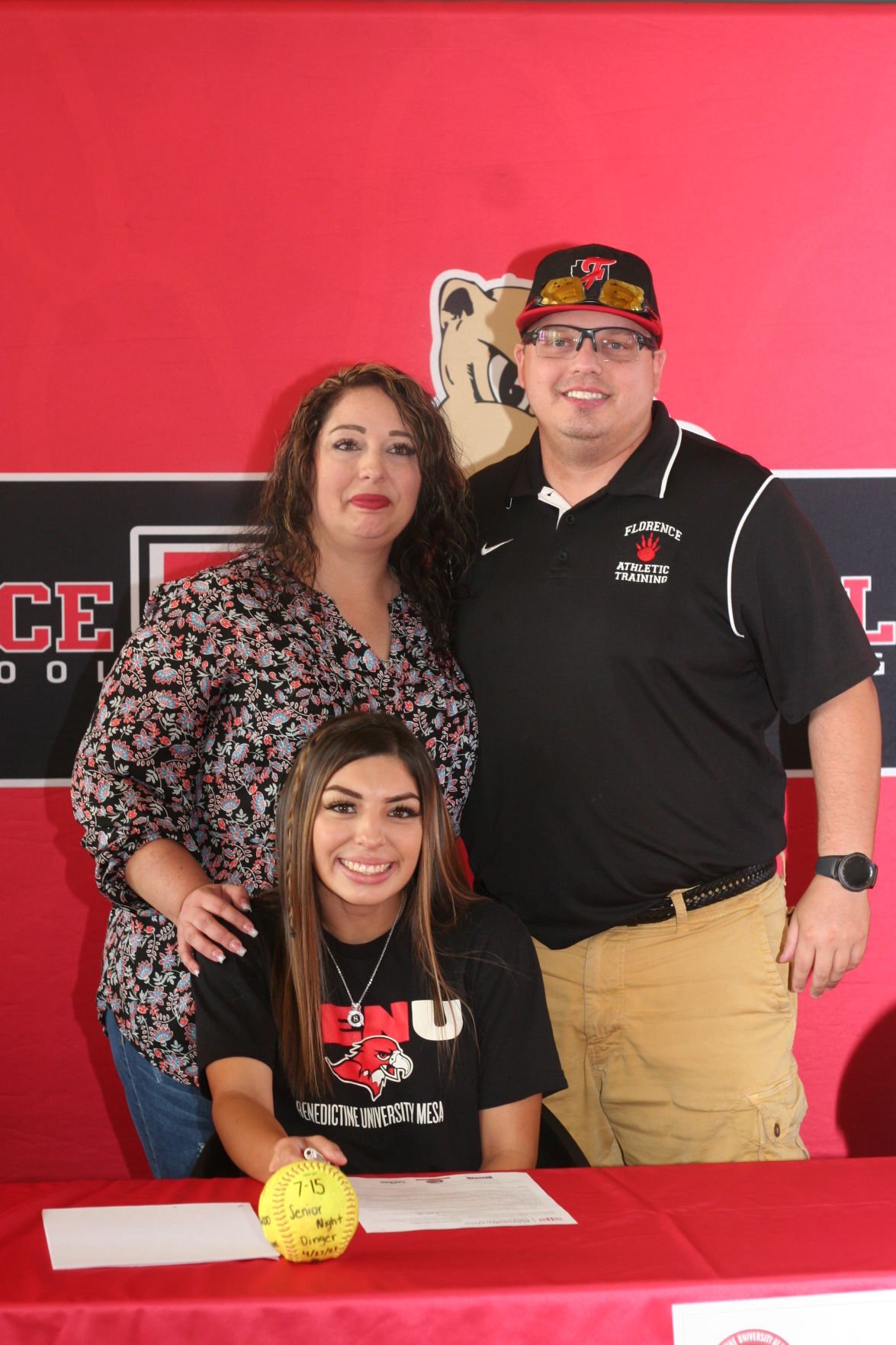 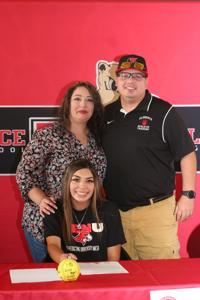 Alixis Padilla, seated, will play softball for Benedictine University. She is congratulated by her mother, Lisa Jordan, and athletic trainer Nick Metz.

Alixis Padilla, seated, will play softball for Benedictine University. She is congratulated by her mother, Lisa Jordan, and athletic trainer Nick Metz.

FLORENCE — A standout Gopher softball player got one last chance to wear her red Florence gear on a softball field, playing among the state’s best.

Now a Florence high school graduate, Alixis Padilla was the lone member of the Gophers squad to be selected to play in the Southern Arizona Softball All-Star Game on June 2 at Sports Park Tucson. During the game, she rotated each inning between the three different outfield spots, despite her primary position being shortstop.

“I was really looking forward to playing with a level of girls that’s different than usual,” Padilla said. “It was an honor.”

Hits were tough to come by for everybody during that game, something expected when the state’s best pitchers take their turn in the circle. But Padilla contributed several times to a stingy defense worthy of the “all-star” label.

And despite being the only member of her team on the field, Padilla said she fit right in.

Padilla will continue to play club ball this summer, but her focus will then turn to college, where she signed to play softball at Benedictine University in Mesa. She said after visiting the school, it ticked a lot of boxes from her priority list.

Getting to know Benedictine’s softball team only helped make her decision.

“They’re like me, they’re like the same people,” Padilla said. “They’re funny, goofy, so we’re gonna have a good time.”

She credited her attitude and hard work ethic for attracting the attention of colleges.

It also showed up on the stat sheets her senior year, as she hit for a .439 average, while slugging four home runs for an OPS of 1.280.

Now that her time at Florence is over, Padilla said she’ll remember all the fun times she had with her teammates.

“It’s really weird now that it’s over,” she said. “I’ve made a lot of friendships with underclassmen and everyone else at the school, but I’m excited for college.”