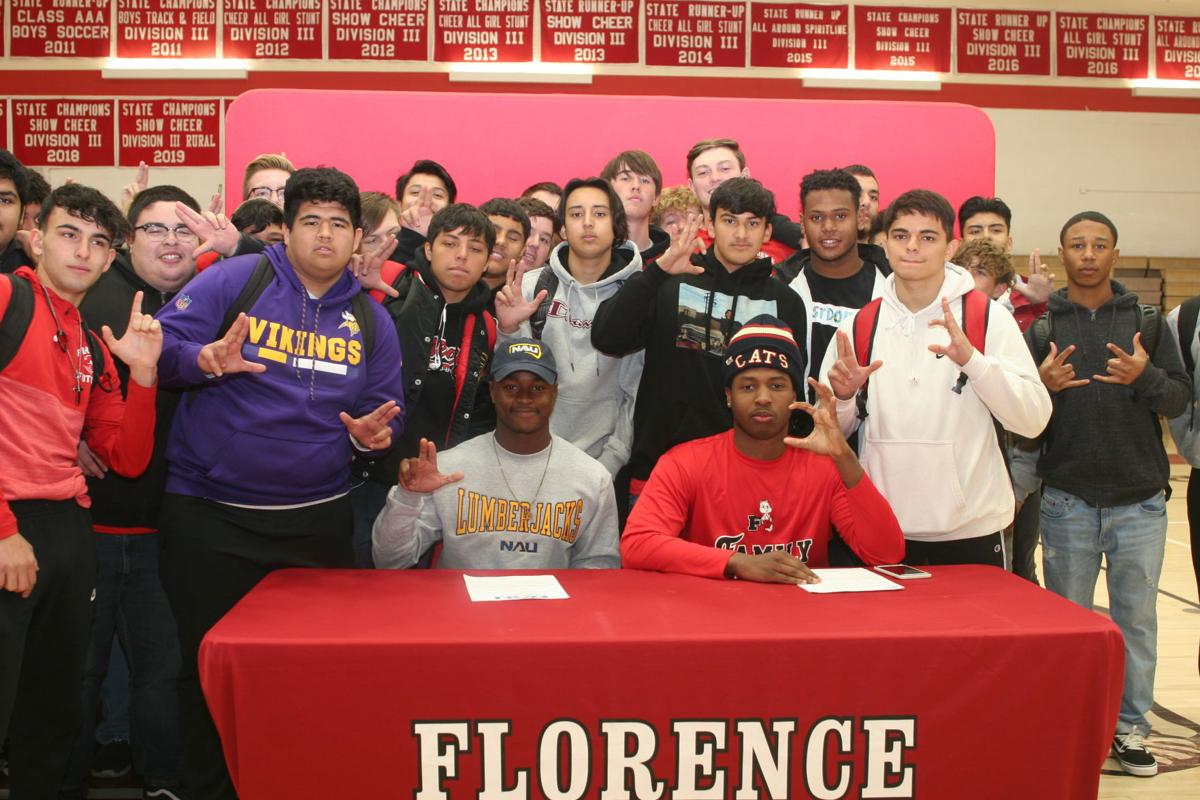 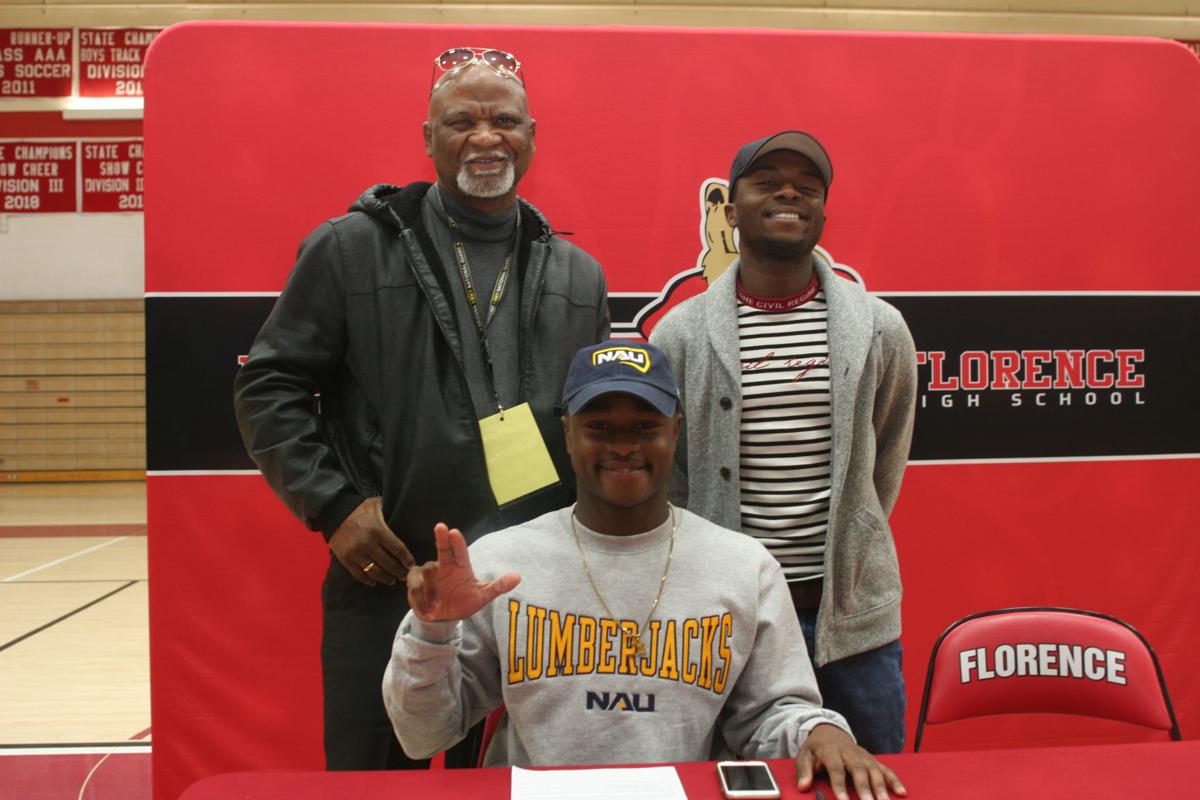 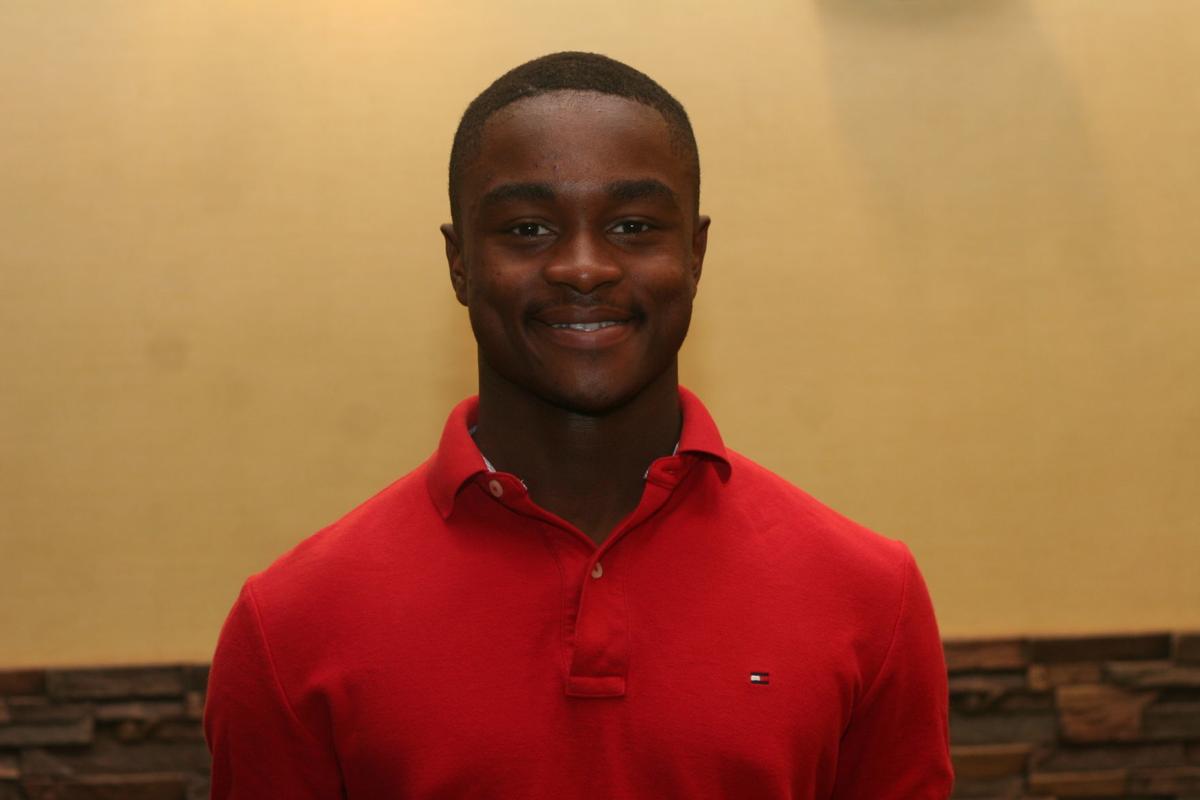 FLORENCE — Joshua Maignan’s favorite memory of playing football for the Gophers doesn’t have to do with any of his state or region awards, or the impressive stats he’s racked up over the years.

It’s when he was a freshman, on a long bus ride home after a victory in Payson. Everyone was sharing their stories. Years later as a senior, it was those kinds of close connections helped Northern Arizona University rise to the top of his list.

“Throughout the whole recruiting process, they’ve been the only school to be really consistent, and continue to talk to me. That’s why I chose them,” Maignan said on Wednesday, shortly after signing a letter of intent to play for the Lumberjacks. “The (campus) visit made it even better, because it’s really like a family environment, and the coaches really care about you, besides just on the field.”

The First-Team All-Region running back is expecting action right away.

“They definitely want to use me immediately; they want to get me on special teams, because they know I have a background on defense. I could possibly also get in some snaps on offense, as long as I put the work in," Maignan said. "I’m a football player, so they can put me anywhere and I’ll ball out at that position.”

Sitting on Maignan’s left Wednesday was his teammate Regen Terry, who signed to play for University of Arizona. They’ll be on opposite sides as college sophomores when the Lumberjacks and the Wildcats meet. Maignan said he’s eager to get started.

“I’m just continuing to train to the best of my ability," Maignan said. "In a couple of weeks I’m going to try to get the (Lumberjacks’) workout plan, so I can start getting in season shape.”

He said he’s not yet in his prime.

In four years as a Gopher, including three years as a starter, Maignan compiled 3,600 yards rushing, 62 receptions for 827 yards and 37 touchdowns. On defense he had 163 career tackles and four career interceptions.

Through it all, the most important lesson was, “I want to say I learned about myself. Even if I feel like I can’t go anymore, I can go. It’s all about ‘in between the ears.’”

He will also bring a 4.2 GPA to NAU, where he plans to study business management.

“He was our leader, he was our team captain, he was our heartbeat,” Florence coach Scott Howard said of Maignan Wednesday. “He worked so hard every day, on and off the field. … He was one of those kids you dream about having, and we were blessed to have him for four years.”

Maignan concluded with thanks to his family, friends and fans:

“I just want to say thanks to everyone for their support and always believing in me, and knowing I could accomplish anything.”