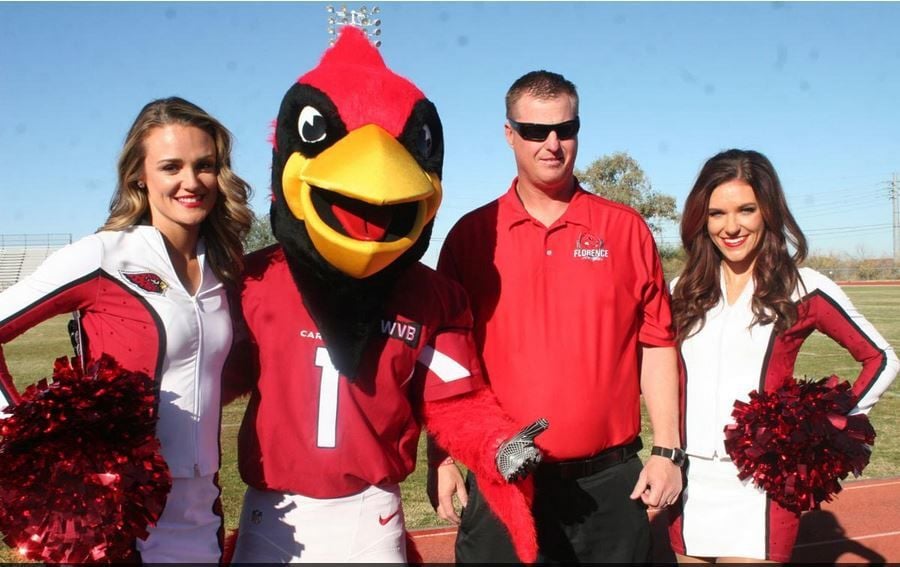 Florence football coach Scott Howard was an Arizona Cardinals Coach of the Week in late 2019. 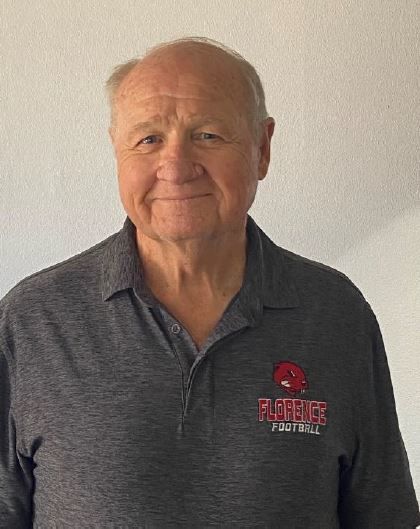 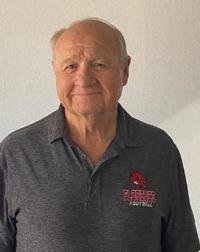 Florence football coach Scott Howard was an Arizona Cardinals Coach of the Week in late 2019.

“It’s been a great time. I’ve enjoyed the whole time there,” Howard said of Florence High School. “Florence has got a great community and I’m going to miss ’em.”

Howard lives in Queen Creek, about five minutes from that high school.

“My kids are getting to that age and it’s always been my dream to coach them. I thought they would be coming out with me to Florence, but as they’ve gotten older, they’ve developed relationships with their friends and I’m having a hard time thinking of pulling them out of there,” Howard said in a phone interview with PinalCentral. He added it was a hard decision.

“I love Florence. It was super-hard telling the kids and the administration that I wasn’t coming back. … It’s just an opportunity to get into the same district as my kids. … I had to kind of press pause and take a look at my family and the future.”

Howard’s seven years coaching the Gophers included being named an Arizona Cardinals Coach of the Week two years ago. Howard said that’s only one of several memorable times.

“There’s a lot of great kids there, a lot of great kids that have gone on and are still playing football that I keep in touch with. Kids that come back and see us. It’s always a family out in Florence, and that’s what we’ve prided ourselves in. The football program is a family. There were a lot of good seasons. The last couple of seasons haven’t gone our way, but there’s still a lot to be gained from those.”

Howard said he’s also glad to see Bill McKane take the reins in Florence this season. When Principal Toby Haugen asked for his thoughts, “I felt blessed enough that he even asked my opinion who should be the next guy. And coach McKane was a no-brainer, just because he’s a staple of the Florence community. He’s been my head freshmen coach, half the kids have played for him and they love him, and he’ll do a great job.”

Superintendent Chris Knutsen commented in an announcement from Florence Unified School District, “Coach McKane is an icon in the Florence community and an endeared member of the FUSD family. The relationships he has cultivated over the years will allow for a smooth transition within the football organization. I am grateful to Coach McKane for his dedication and commitment to our students and families.”

Howard said of the Gophers, “I’m just proud of them and they’re going to have a great season this year. I’ll be rooting for them and I can’t wait to see what they’re able to do on the field.”