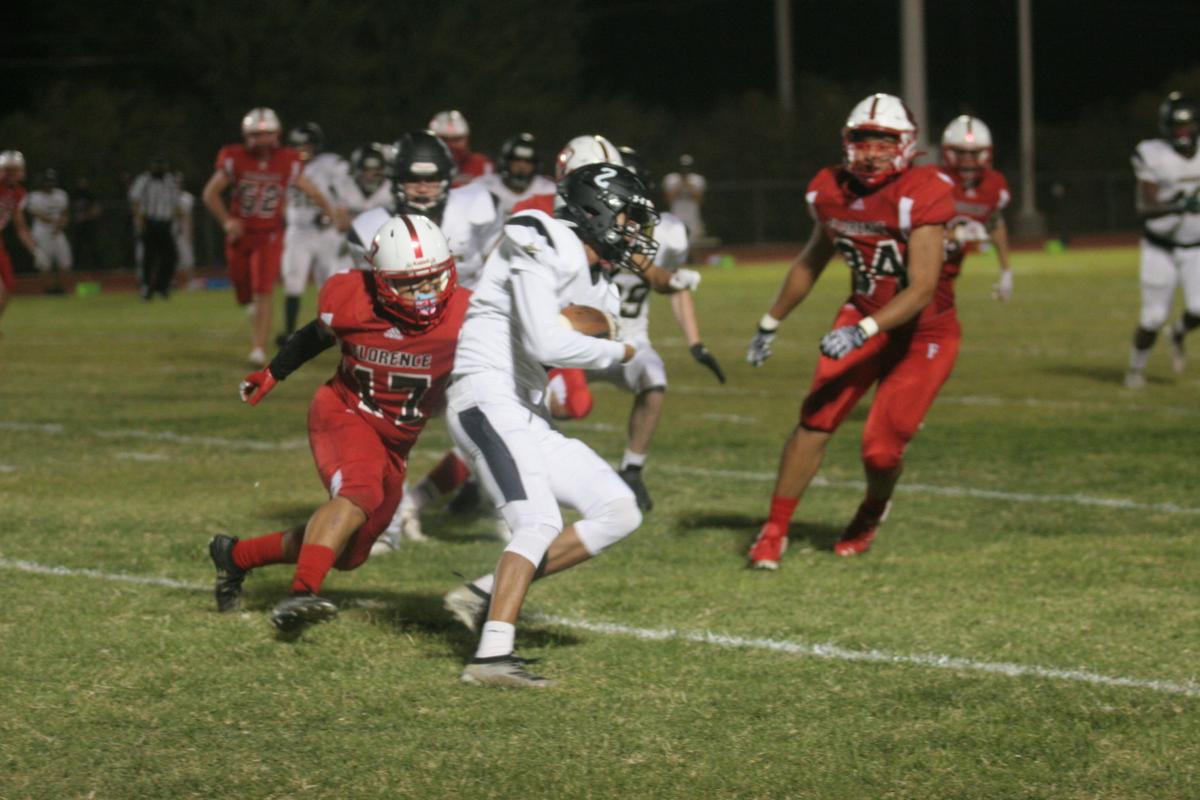 Florence defenders close in on a Gilbert Christian runner Saturday in Florence. 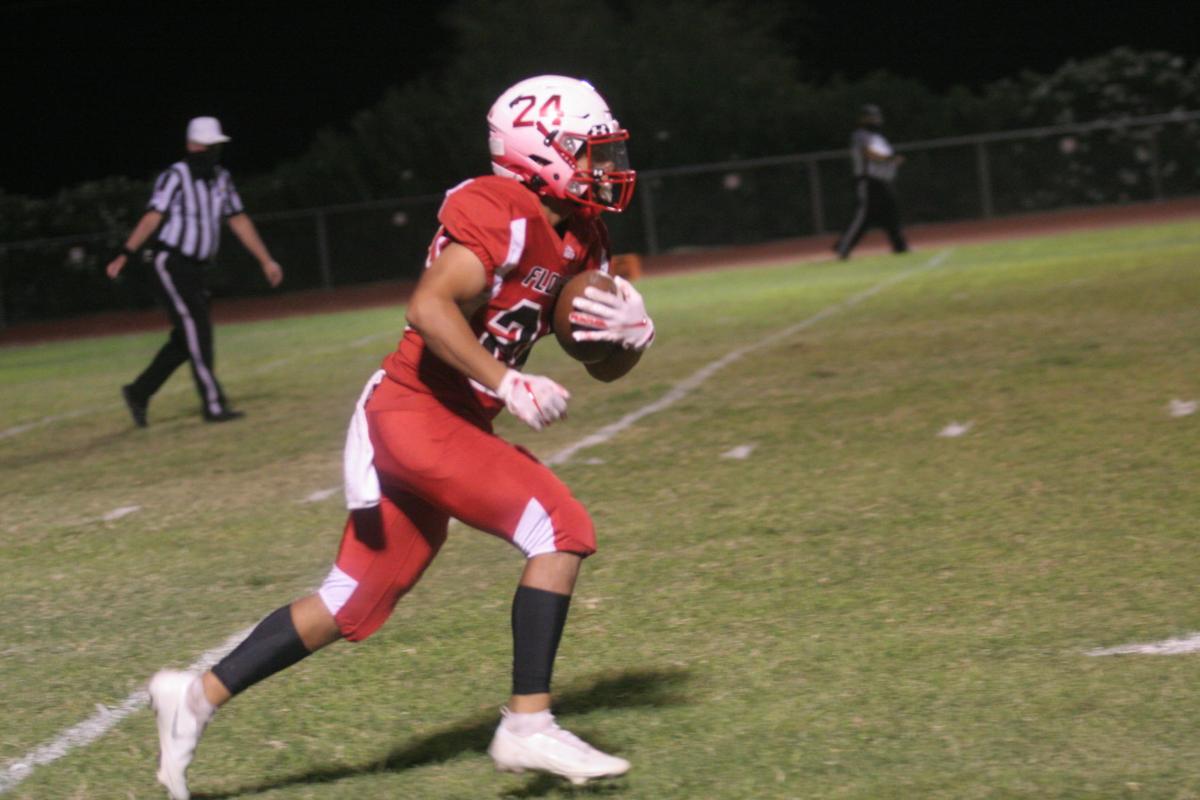 Tommy Carberry returns a kickoff all the way to the end zone for Florence’s third touchdown against Gilbert Christian on Saturday in Florence.

Florence defenders close in on a Gilbert Christian runner Saturday in Florence.

Tommy Carberry returns a kickoff all the way to the end zone for Florence’s third touchdown against Gilbert Christian on Saturday in Florence.

FLORENCE — Florence’s first win of the season Saturday had some exciting moments, like Tommy Carberry’s 98-yard kickoff return for the Gophers’ third touchdown, and Daven Neal’s 40-yard catch near the end zone for the evening’s final score with 32 seconds left.

But coach Scott Howard said what he was happiest to see were so many fourth-down stops. “Our defense stepped up tonight, I’m real proud of them.” The team also fixed some errors, “and I think this will start us rolling.”

In the end, the home team notched a 39-6 victory over Gilbert Christian. The teams played Saturday because that was the Knights’ first opportunity to play after completing quarantine.

“We weren’t able to practice until Wednesday. We had to get all of our kids tested to make sure they were all negative,” Knights coach Danny Norris said. “We had a short week of practice, but that’s no excuse.

“Florence is a really good football team,” Norris said. “They had a couple of tough losses the last two weeks and they came in hungrier than we did. We were coming off fall break and our guys just weren’t executing too well, they weren’t as tough as Florence was tonight. We’re going to build from this and we’re going to get better because of it.”

Josh McEvoy was the first to score for Florence, four minutes into the game. The Gophers followed that up in the second quarter with a 20-yard field goal, and a 25-yard pass completion to Cade Stenson behind the goal line. Davante Neal caught the pass for two bonus points, and ran in a TD in the third quarter.

The Knights’ TD came in the second quarter when Brody Curtner rushed for a first down, then punched through the last couple of yards for the score.