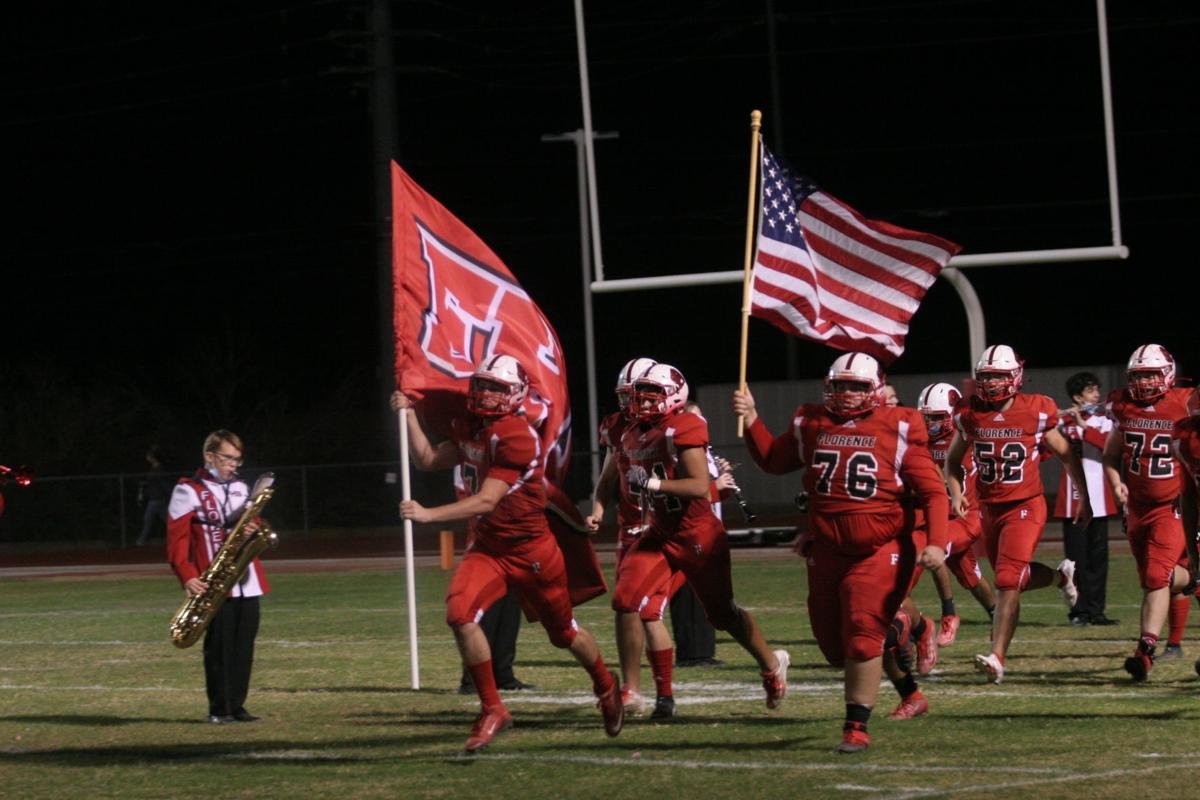 The Gophers take the field at the beginning of a game against San Tan Foothills in Florence. 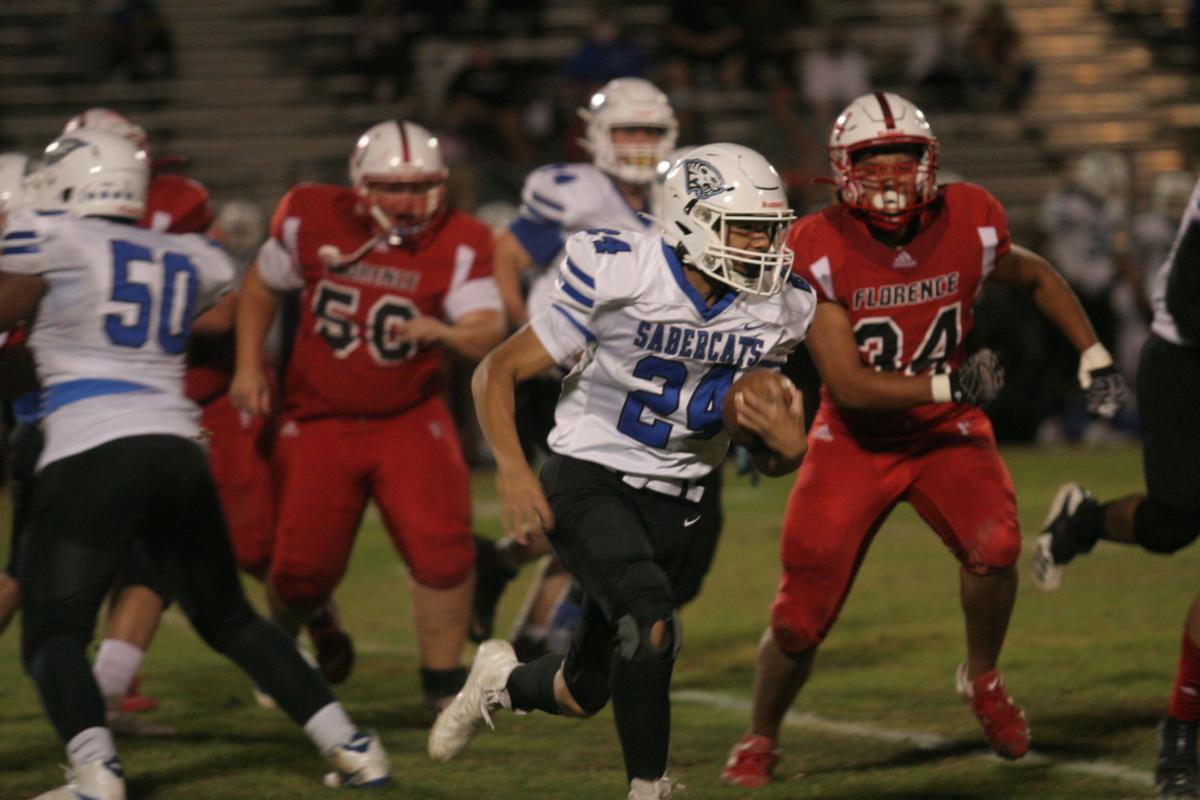 Sophomore running back Gaven Leach gains ground for the Sabercats on Friday in Florence. 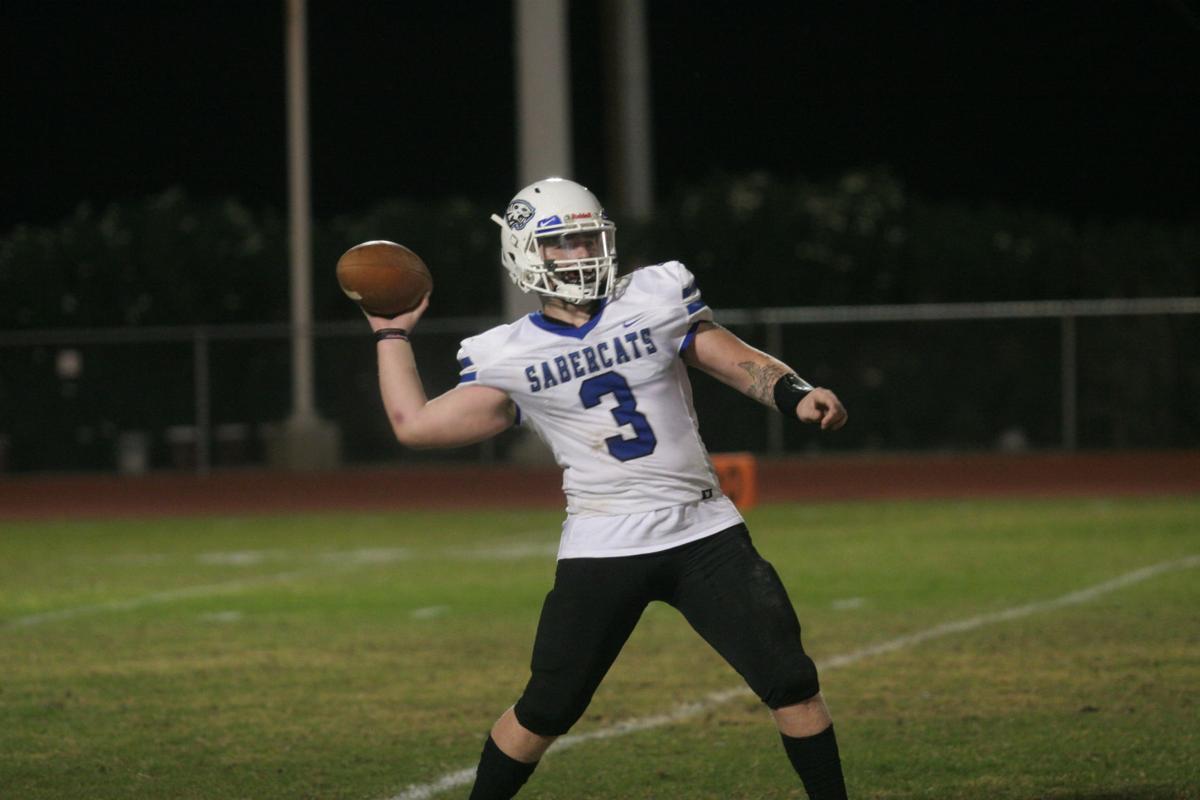 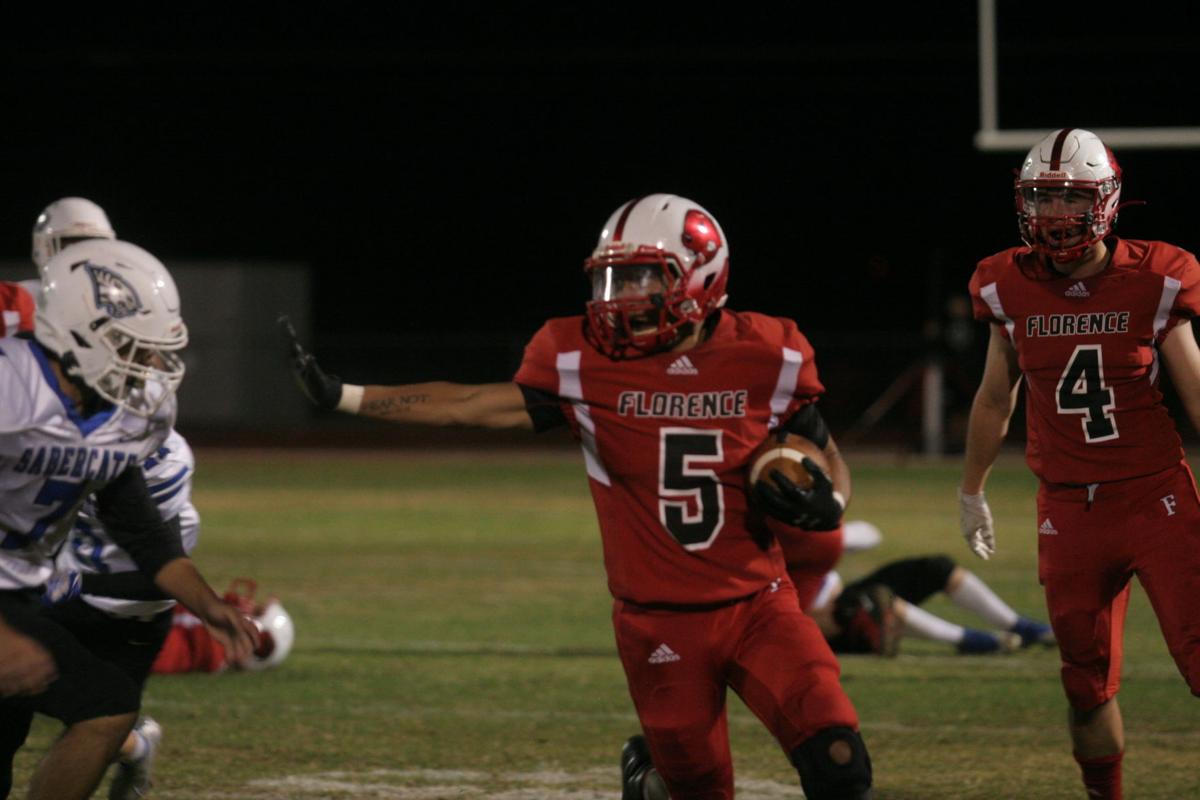 The Gophers take the field at the beginning of a game against San Tan Foothills in Florence.

Sophomore running back Gaven Leach gains ground for the Sabercats on Friday in Florence.

FLORENCE — San Tan Foothill’s Justice Gutierrez caught a 48-yard touchdown pass from junior quarterback Peyton Moore in the game’s final seconds, thrilling fans. But it was Florence who was in control throughout the game in a 42-12 win.

“It was great for our seniors, great to finish on a high note,” Florence coach Scott Howard said. “I’m proud of them. They’ve dealt with so much this year, it’s not even funny. The fact that we got to play eight games, we’re so blessed. And to go out like this, send the seniors out, I’m proud of them.”

The Sabercats’ other touchdown was in the second quarter, when Gaven Leach had some big carries and a reception before scrambling the final inches over the goal line.

After a scoreless third quarter, the Gophers padded their lead in the fourth with a 14-yard touchdown run by Carberry. It was then Neal who made some big carries and punched through the final yard for the Gopher’s last score.

Foothills coach Jeremy Beamon said Florence came out and played a great game, and he’s proud of his team for working through a difficult season. San Tan Foothills was closed for a while last month to contain a COVID-19 outbreak.

“(There was) a lot of inconsistency throughout the season, a lot of things to overcome. That’s part of it, and it’s part of dealing with adversity,” Beamon said.

The Gophers also dealt with a quarantine. Howard said his team is a great group and one he’ll never forget because of everything they went through this season.

Florence got on the board less than two minutes into Friday’s game when Carberry caught a 25-yard pass and ran it 35 yards for the score. Quarterback Christopher Walter and Carberry repeated this play, also from 60 yards out, late in the quarter. McEvoy also scored in the first quarter.

Rankin kept the pressure on early in the second with an interception and an 80-yard touchdown run. The Gophers later recorded a safety for a score of 30-6 at halftime.