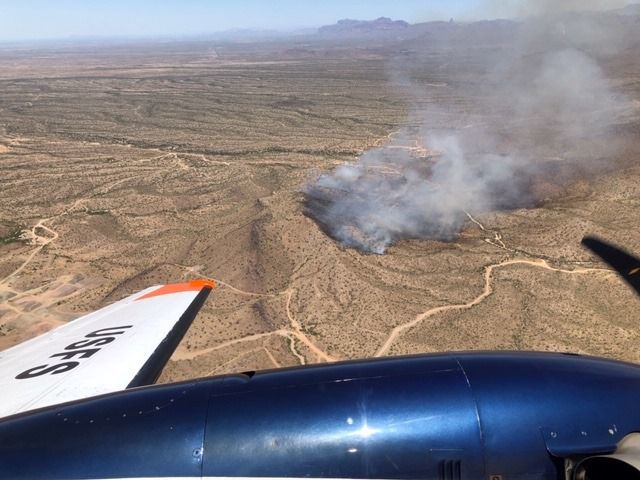 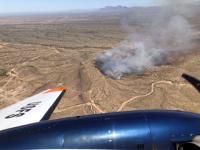 A Forestry Service airliner flies over a blaze in the Mineral Mountains southeast of Florence Junction. 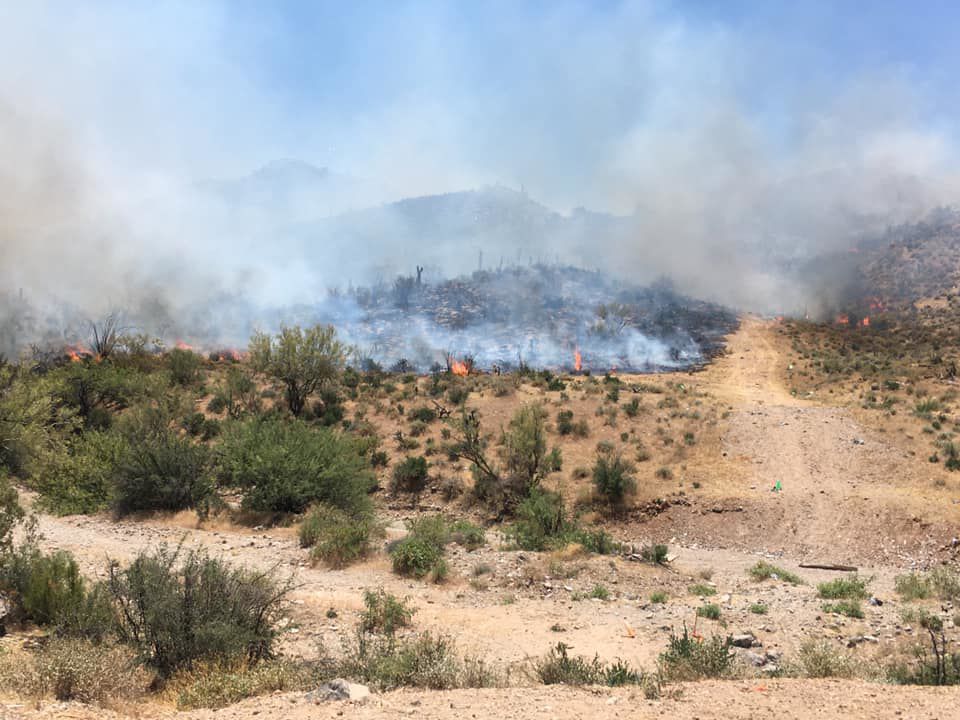 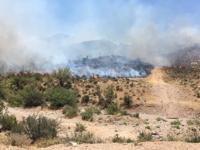 A Forestry Service airliner flies over a blaze in the Mineral Mountains southeast of Florence Junction.

FLORENCE — A desert blaze that started Saturday within the Mineral Mountains southeast of Florence Junction is 75% contained, authorities said.

The blaze, which has burned more than 120 acres, was reported around 10 a.m. Saturday. Dubbed the Cottonwood Fire, the blaze was visible from U.S. 60. The Arizona Department of Forestry and Wildfire Management said planes have dropped retardant on the fire over the weekend.

Officials with the U.S. Bureau of Land Management say the fire is believed to be human-caused.

A crew of about 45 worked the blaze but were in mop-up operations, the BLM said Monday.