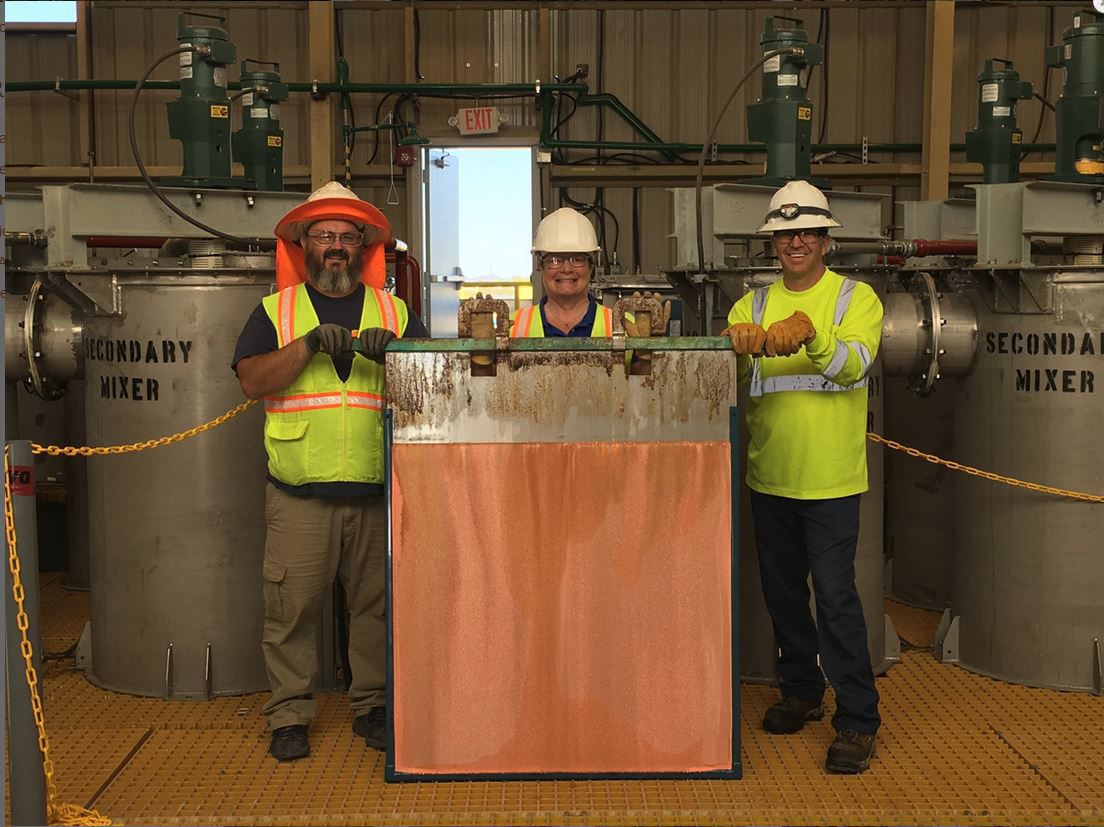 Florence Copper personnel proudly display the first sheet of copper produced April 24, 2019, at the plant off Hunt Highway. Production continues on a small scale, but the company is preparing for full-scale commercial operation. 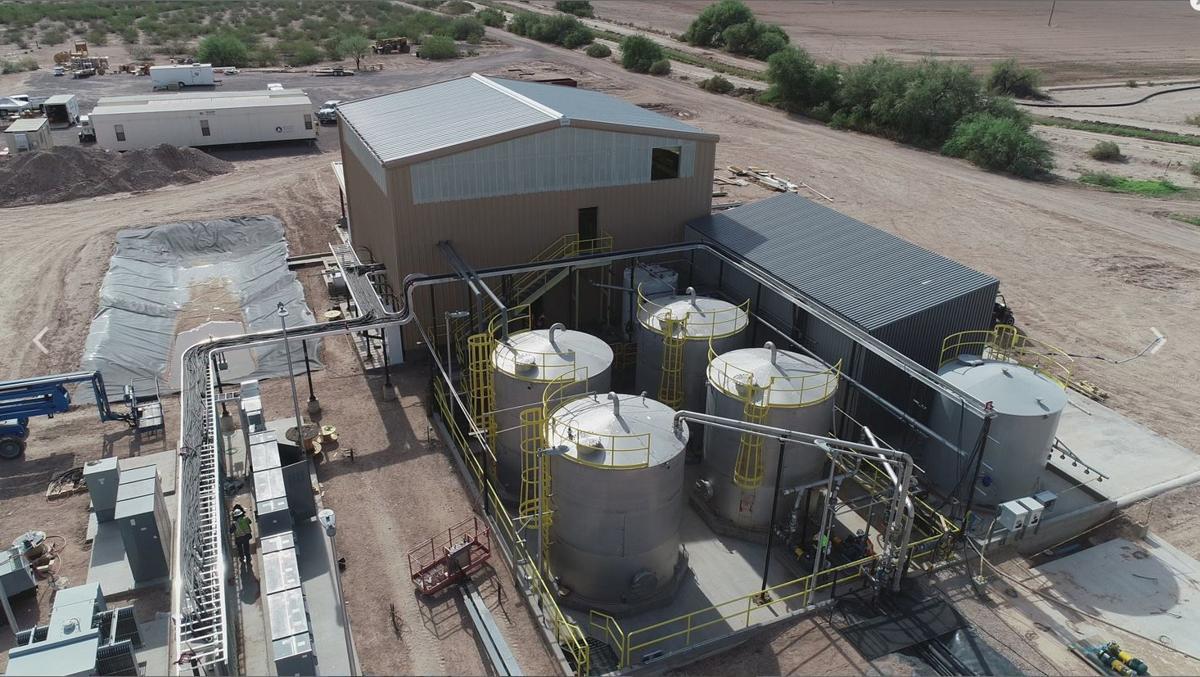 Florence Copper personnel proudly display the first sheet of copper produced April 24, 2019, at the plant off Hunt Highway. Production continues on a small scale, but the company is preparing for full-scale commercial operation.

FLORENCE — The town of Florence has asked the U.S. Environmental Protection Agency to revoke, or at least downsize, one of Florence Copper’s permits.

The aquifer exemption permit allows a large portion of groundwater to be excluded from protections of the federal Safe Drinking Water Act, and “has essentially condemned” the aquifer, according to the town’s 51-page petition to the EPA that was filed May 5.

After mining, this portion of the aquifer cannot be a drinking water source, according to a town news release. The EPA originally issued the permit to prior mine owner BHP Copper in 1997, almost a decade before the development of Anthem at Merrill Ranch.

According to the town’s request, the permit is overly generous to Florence Copper because it covers more than 400 acres when the commercial mine consists of 212 acres.

“The existing aquifer exemption should be revised and significantly reduced (if not revoked) prior to any decision on a commercial permit,” the town argues.

The mine is currently producing copper in a small-scale test phase but is seeking the necessary permits for full-scale commercial operation.

“Our work is done through the expertise of engineers and hydrogeologists, and qualified by environmental experts from a wide range of scientific disciplines,” Stacy Gramazio, Florence Copper manager of communications and public affairs, told PinalCentral by email. “This is serious disciplined work that takes place around the clock and is undertaken only by those specifically educated, trained and qualified to do so.

“In-situ technology is used in mining, but it is also used to clean up contaminated groundwater. While we are always learning, always improving our operation, it does not mean that it is unsafe,” Gramazio said.

Asked to comment specifically on the aquifer exemption permit, she directed PinalCentral to the EPA. Asked to explain it last year, an EPA spokeswoman told PinalCentral “this means the exempted portion of the aquifer is not protected as an underground source of drinking water under the Safe Drinking Water Act,” but Florence Copper still “has an obligation to protect underground sources of drinking water that are outside of the exempt aquifer.”

Florence was a different place when the EPA approved this exemption in 1997, town officials argue.

The mine was outside the town limits “and the surrounding area was virtually vacant, open desert,” according to the town’s petition.

The town annexed the area in 2003, “thereby placing what is now (Florence Copper) property in the geographic center of the town’s municipal boundaries.”

In 2007 the town rezoned the land for residential and commercial development, “all at the request of FCI’s predecessor.”

“The town’s residents and leaders have since repeatedly rejected mining within the town’s limits because mining is incompatible with the town’s plans for residential and commercial development in this area,” according to the town’s petition to the EPA.

As Florence Copper prepares for full-scale commercial production, “The public has the opportunity to learn the issues, attend public meetings and comment on the proposed permits,” according to the town’s news release.

“During this upcoming process, the town is hopeful that both Florence Copper and the regulatory agencies will consider and address issues that the town has raised in the litigation before presenting the proposed permits to the public for comment.”

To help residents and other interested parties follow the legal actions the town has pursued against Florence Copper in the last decade, the town has created a web page at www.FlorenceAZ.gov/FlorenceCopper. The page breaks down the litigation in three categories — federal permits, the state permit and zoning — and makes several legal documents, other documents and news releases available for download.

Florence Copper offers what it terms the rest of the story, florencecopper.com/get-the-facts, which provides links to seven court verdicts in its favor.

The town says it is prepared to defend its statutory authority to zone land in oral arguments before the Arizona Court of Appeals on June 16. If the town is successful in this appeal, it will no longer be responsible to pay $1.7 million in legal fees awarded to Florence Copper last year.