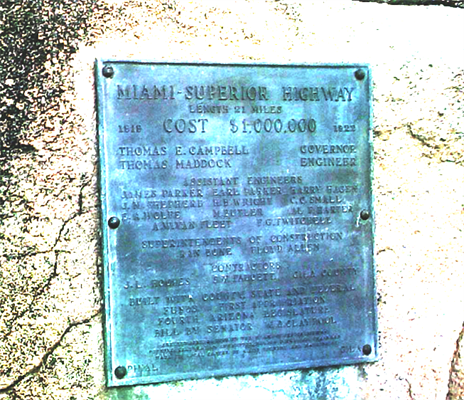 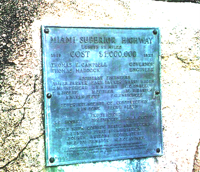 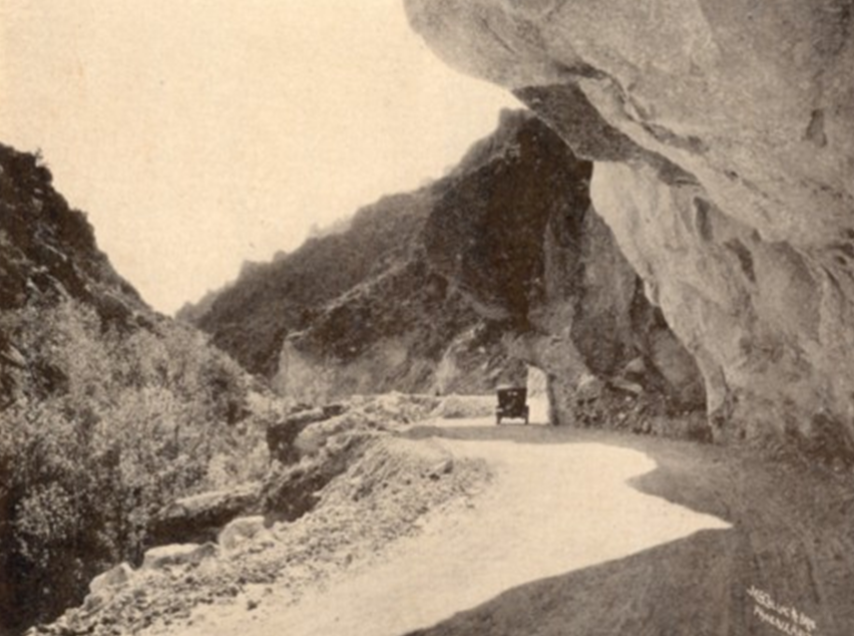 An archival photo shows the 300-foot Claypool Tunnel on the early road from Miami to Superior in 1926. 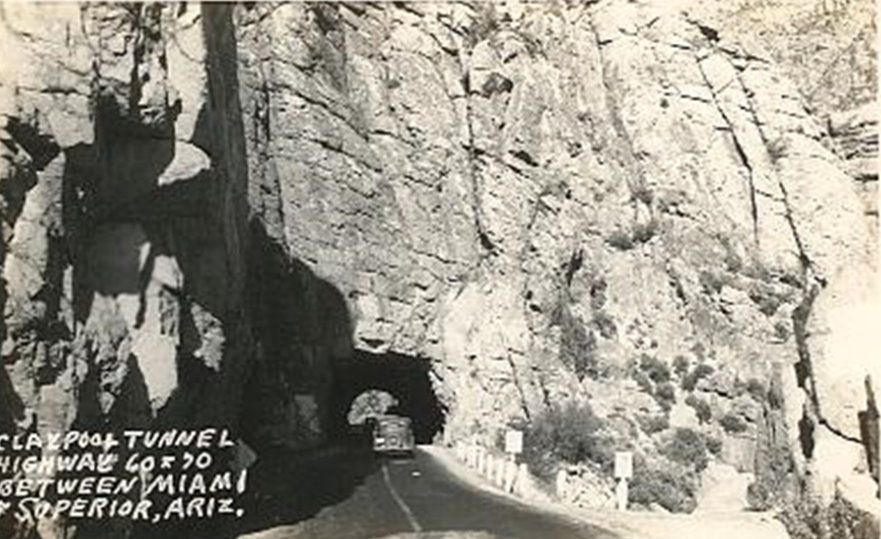 Archive photo of Claypool tunnel on the road between Miami and Superior.

SUPERIOR — This is a good old-fashioned whodunit, Arizona Department of Transportation-style.

It’s the mystery of the missing plaque that was soldered and hammered onto a boulder to commemorate the opening of the Miami-Superior Highway.

On April 29, 1922, the Arizona State Highway Department celebrated its most ambitious project of the time: 21 miles of winding road through mountainous terrain previously only accessible by horse, stage or railroad.

Nicknamed “the million dollar highway” for its cost and built using labor from a prison camp created in Superior for the purpose, the road was replaced in 1952 with U.S. 60.

“Even between Globe and Miami, it was a winding road,” said Stanley Gibson, former Globe mayor and City Council member for 40 years. “It took about an hour to get from Globe to Superior.”

“After they built and widened this tunnel, they installed a plaque,” said Richard Powers, former engineer-turned-historian of ADOT’s construction and maintenance district serving the Globe area.

Ah, the missing plaque. It proclaimed that the Miami-Superior Highway, 21 miles long, cost $1 million and was constructed between 1919 and 1922. It named Gov. Thomas Campbell and Engineer Thomas Maddock and listed other dignitaries and construction officials, including Claypool, who represented Gila County.

“In 2014, I decided to stop and take a picture of it,” said Gibson, a lifelong Globe resident who, with his wife Janet, ran Gibson’s clothing store on Broad Street. “Two months later, it was gone.

“I don’t know if it’s been melted down or if someone has it in their house.”

Powers, district engineer in what was then ADOT’s Globe District from 1993 to 2007, said removing the plaque wouldn’t have been easy or quick.

“It got stolen, and it was anchored and bolted onto solid rock,” Powers said. “They had to chisel at it for weeks or months to get it out of there.”

Today the old Miami-Superior Highway is a hiking trail. Powers, who has authored books and articles about Arizona highway history and gives talks on the subject, recently led an informative hike along the mine-owned land and discussed wildlife and minerology.

“The old culverts and bridges are there,” Powers said. “It’s a 2- to 3-mile hike to (the Claypool) tunnel.”

What became of the plaque may be never be known, but its historical value may be revived, Powers said. He said the Gila County Historical Museum has decided to commission a replica from a picture of the sign.

Laurie Merrill is a writer with ADOT Communications.