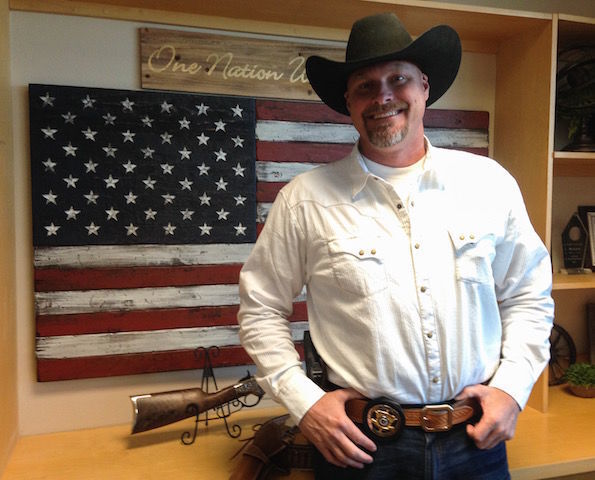 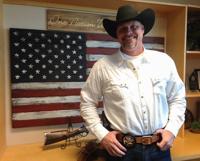 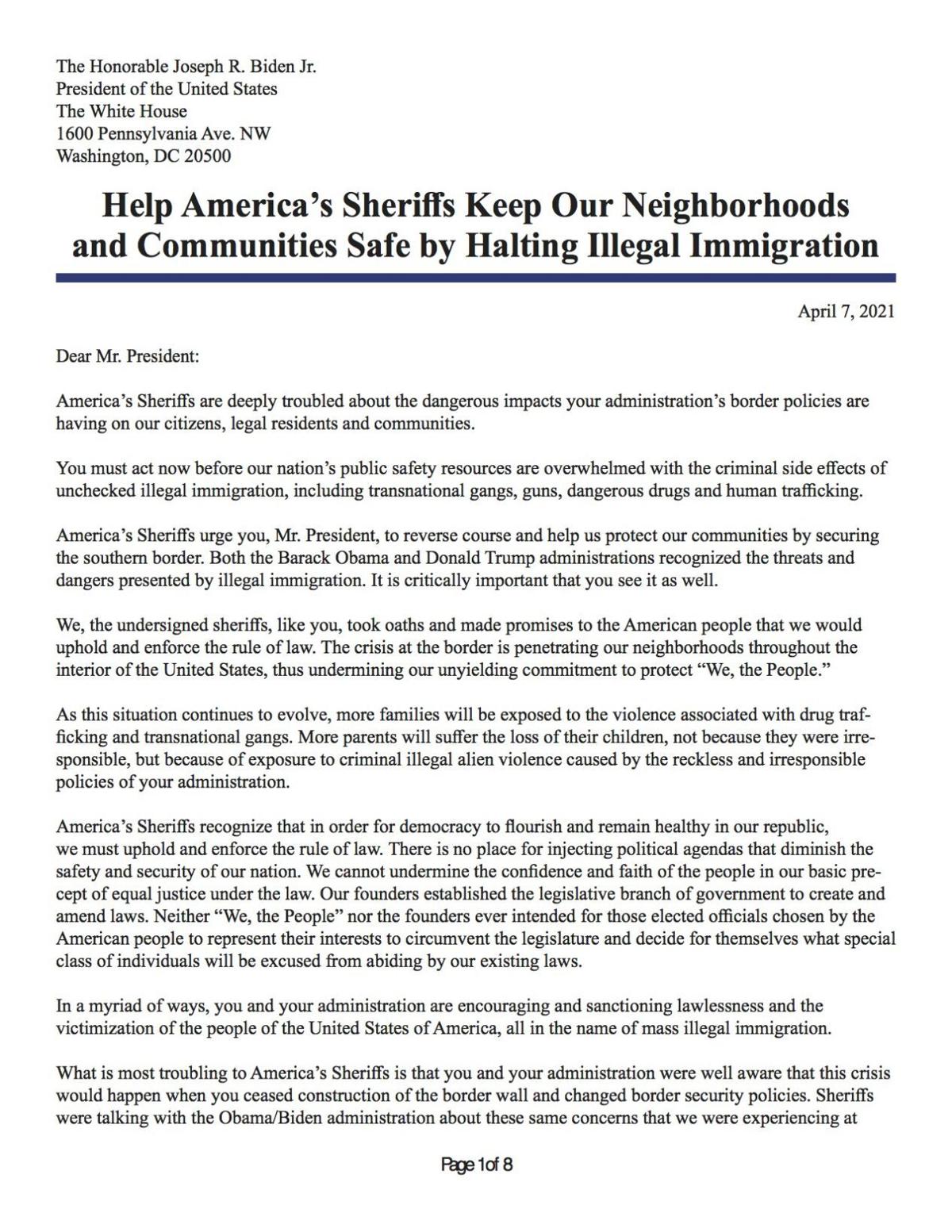 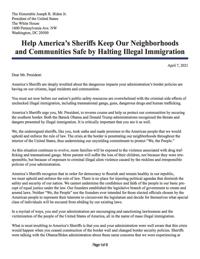 Pinal County Sheriff Mark Lamb is one of 275 sheriffs across the country to sign a letter asking President Joe Biden to curb illegal immigration at the border. 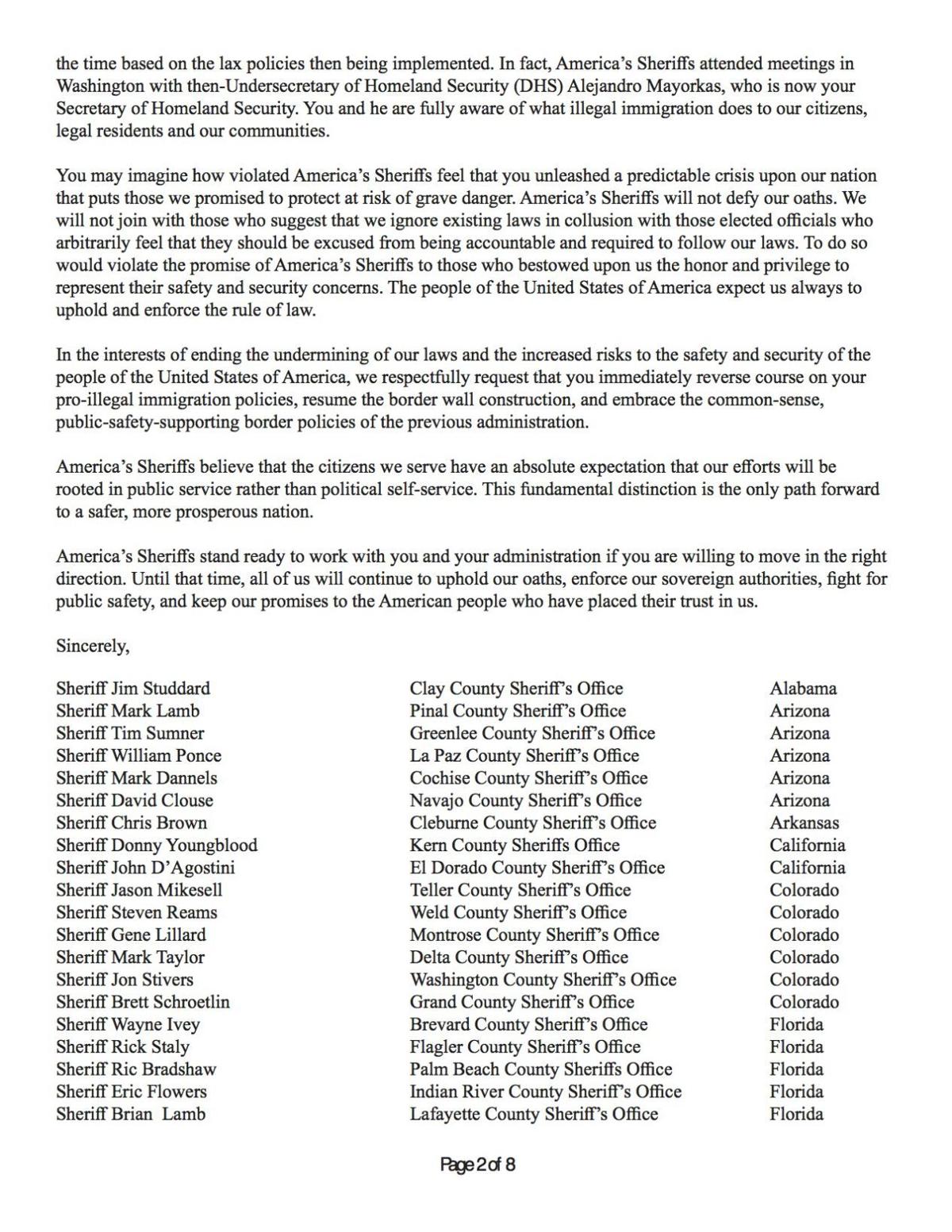 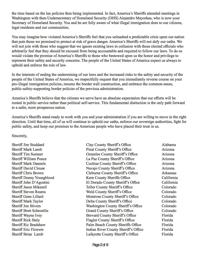 The second page of a letter to President Joe Biden that was signed by 275 sheriff's across the U.S. including Pinal County Sheriff Mark Lamb.

FLORENCE — Pinal County Sheriff Mark Lamb has joined 275 sheriffs from 39 states in signing a letter to President Joe Biden this week asking the president to provide more security and stop a rush of migrants at the southern border of the United States.

“America’s sheriffs are deeply troubled about the dangerous impacts your administration’s border policies are having on our citizens, legal residents and communities,” the April 7 letter states. “You must act now before our nation’s public safety resources are overwhelmed with the criminal side effects of unchecked illegal immigration, including transnational gangs, guns, dangerous drugs and human trafficking.”

“In the interests of ending the undermining of our laws and the increased risks to the safety and security of the people of the United States of America, we respectfully request that you immediately reverse course on your pro-illegal immigration policies, resume the border wall construction and embrace the common-sense, public-safety-supporting border policies of the previous administration,” the sheriffs state near the end of their letter.

The letter was sent electronically and by mail to Biden, PCSO spokeswoman Lauren Reimer stated in an email that included a copy of the letter.

“Here in Pinal County, some 60 miles north of the border, my deputies encounter car loads of illegal aliens almost on a nightly basis. And along our major corridors, trash and other evidence of drug and human smuggling litter the desert,” said Sheriff Mark Lamb in an email. “These issues do not stay here in Pinal County, they disperse into every corner of our country. The president’s policies have stretched our resources thin, placing our citizens’ safety at risk.”

PHOENIX — Taking a new slap at the Biden administration, Gov. Doug Ducey said he is prepared…

Tucson man arrested after fleeing with illegal immigrants on I-10, fighting with K9