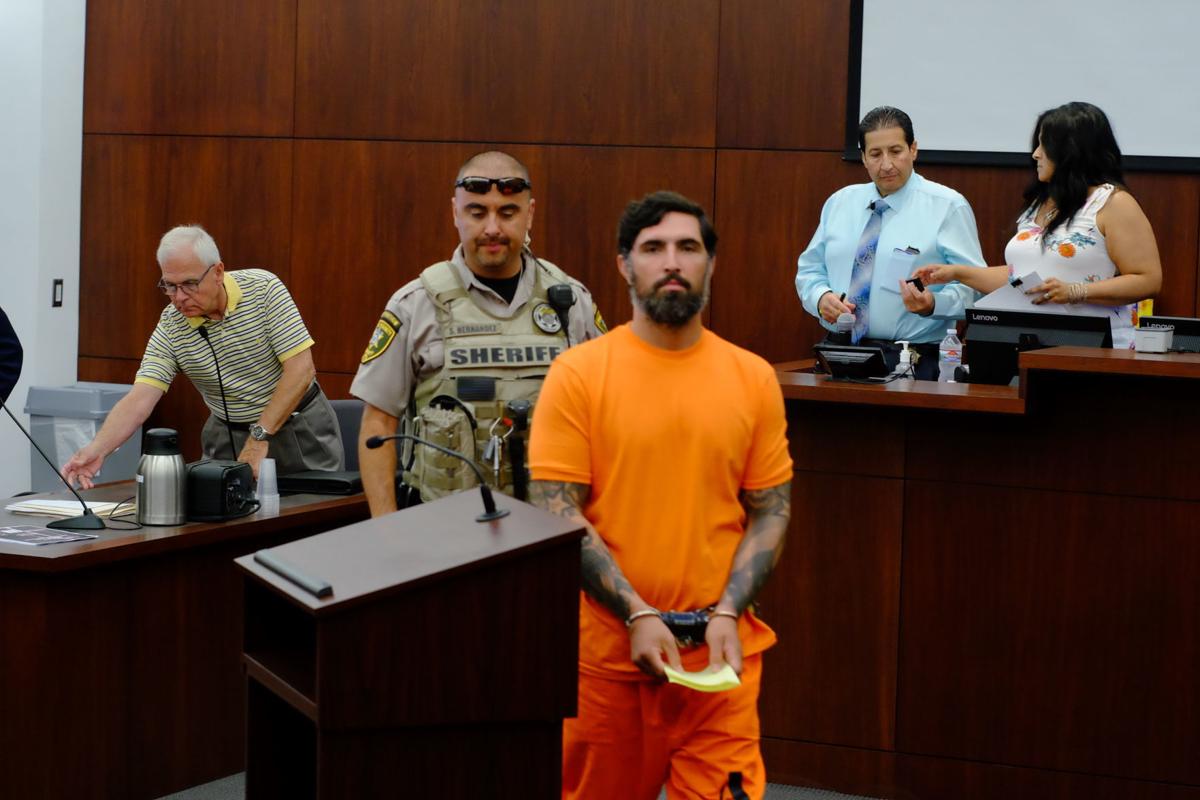 Andrew Salazar is shown at his sentencing Friday. A deputy county attorney said bringing a gun to a party was like playing Russian roulette. 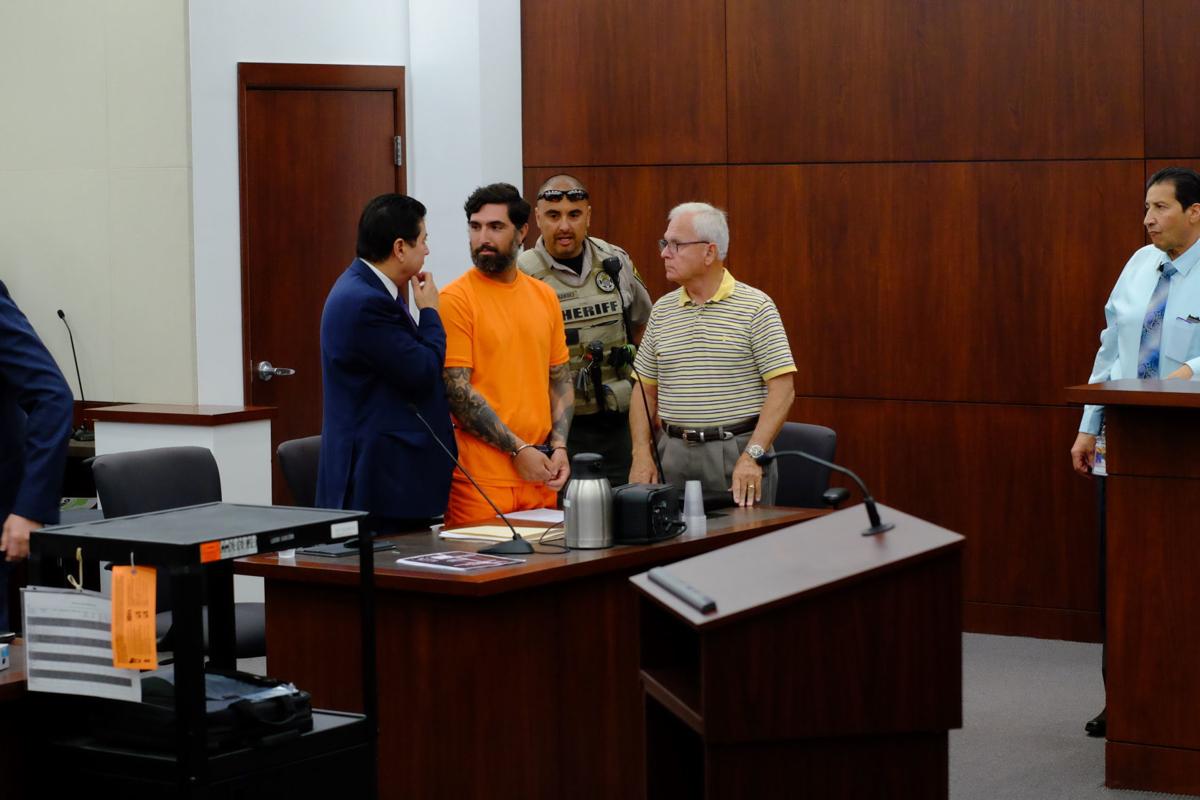 Andrew Salazar is sentenced to 19 years for manslaughter Friday. Here he is speaking with his attorney Gary Husk. 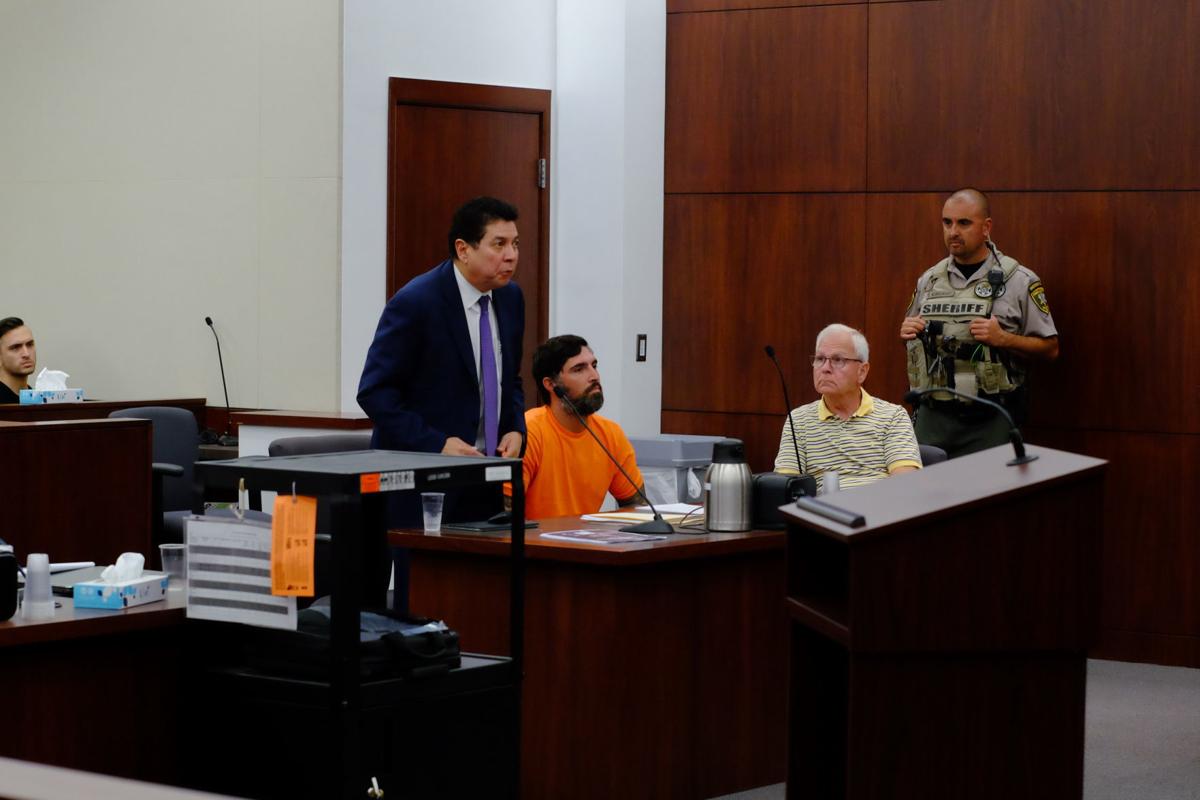 Andrew Salazar is sentenced to 19 years for manslaughter Friday. 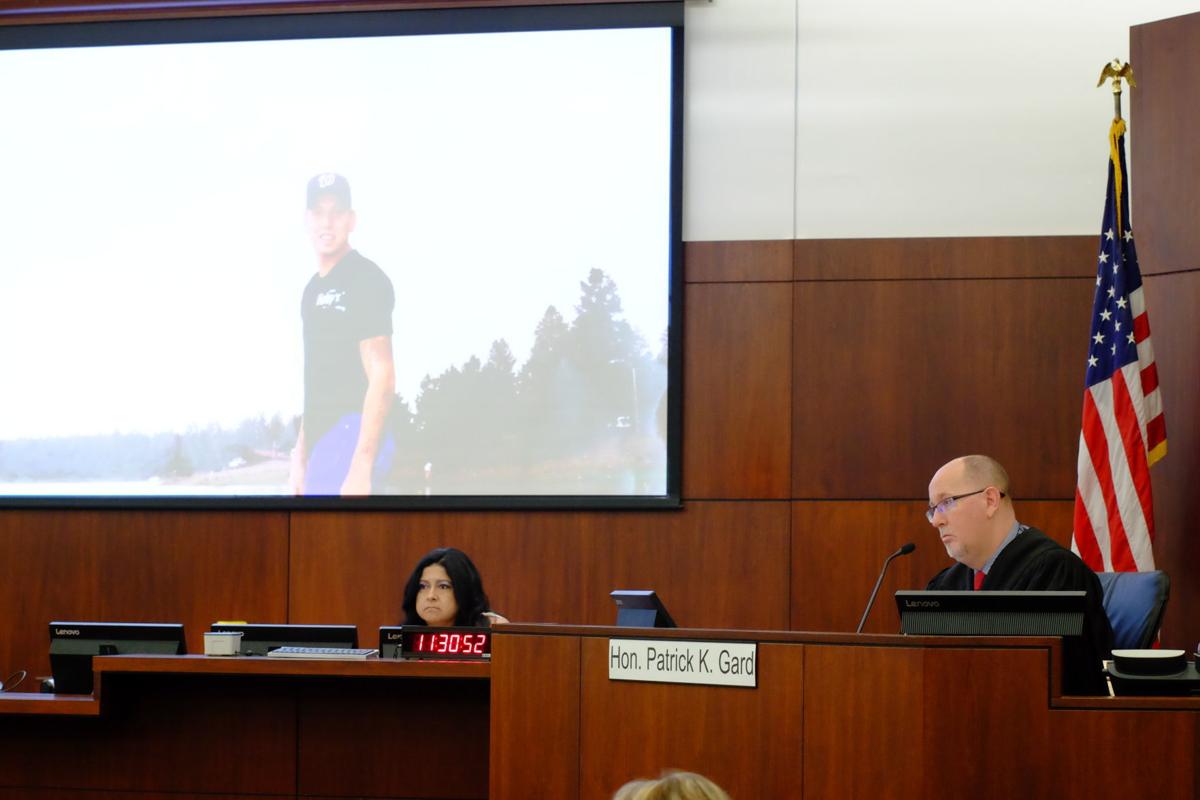 Andrew Salazar is shown at his sentencing Friday. A deputy county attorney said bringing a gun to a party was like playing Russian roulette.

Andrew Salazar is sentenced to 19 years for manslaughter Friday. Here he is speaking with his attorney Gary Husk.

Andrew Salazar is sentenced to 19 years for manslaughter Friday.

FLORENCE — Andrew Salazar has been sentence to spend 19 years in prison for causing the death of a friend during a homecoming party in 2013.

A jury found Salazar, 32, guilty of manslaughter in May. On Friday, Pinal County Superior Court Judge Patrick Gard sentenced him to 19 years in a state prison to run concurrently with a gun violation case he is currently serving time for.

Salazar was facing a minimum of 10.5 years for the manslaughter conviction and a maximum of 21 years.

Prosecutors attempted to convict Salazar, the son of a Florence police officer, on a charge of second-degree murder in the death of Robert DeArman in 2013.

But the jurors found him guilty of the lesser offense only.

Salazar and the victim were socializing on the night of Oct. 11, 2013, when Salazar pulled a gun from his backpack. Witnesses reported seeing DeArman handle the weapon at some point during the night before he was shot and killed.

One witness reported seeing the gun in Salazar’s hand shortly after hearing the gunshot.

Prosecutors presented expert testimony to prove DeArman likely didn’t shoot himself and must have been shot by someone standing at least 2 feet away.

Salazar had no reason to bring a gun to the party that night, Pinal County Deputy Attorney Vince Goddard said at the trial, and that “senseless” decision was like playing Russian roulette with the victim’s life.

The Friday sentencing was standing room only as a large crowd filled a second floor courtroom. Gard decided to move the sentencing hearing up to a slightly larger courtroom on the third floor as security issues rose with a large group of people in the smaller room.

Supporters of DeArman were all wearing red in his memory, as red was his favorite color.

As the sentencing began, Gard asked for people who might become too emotional during the proceedings to leave the courtroom.

Kelly Eno, Salazar’s mother, made a statement in which she expressed her heartfelt sorrow for the victim’s family and talked about how the two men were best friends throughout their lives.

She apologized to DeArman’s mother for the loss of her son. She said she hoped it would be the first day on a path to healing for everyone. She asked the judge to show compassion.

Phai Woodhead, the mother of Salazar’s child, took the stand. She said they met in 2008.

“He was always willing to help anyone without any return. He would help a stranger with bad intentions. He displayed acts of helping and heroism. Robert was one of his best friends,” she said, adding “He isn’t your typical man in orange.”

Brandy Remigio, DeArman’s sister, took the stand and said, “He took my best friend. I have not quite learned how to go on without my brother.”

She said Salazar also had no remorse for his actions.

“One day he will be released and get to hug his daughter. My brother will never get that chance again,” she said.

DeArman’s mother, Consuelo Hills, took the stand and told the judge about her son.

“Robert touched a lot of people. He was someone they could talk to,” Hills said. “The word murder is so harsh I can’t hardly say it. I died that night with my son for a senseless act of violence. Now this is my life.”

She wept continuously through her statement.

“The defendant has not shown me an ounce of remorse. My life is forever ruined. I don’t get visits with my son. He will get visits. I will call my son and there will be no answer,” Hills told the court.

After a 15-minute recess, Gard reconvened the court and sentenced Salazar to serve 19 years in prison with credit for 282 days served.