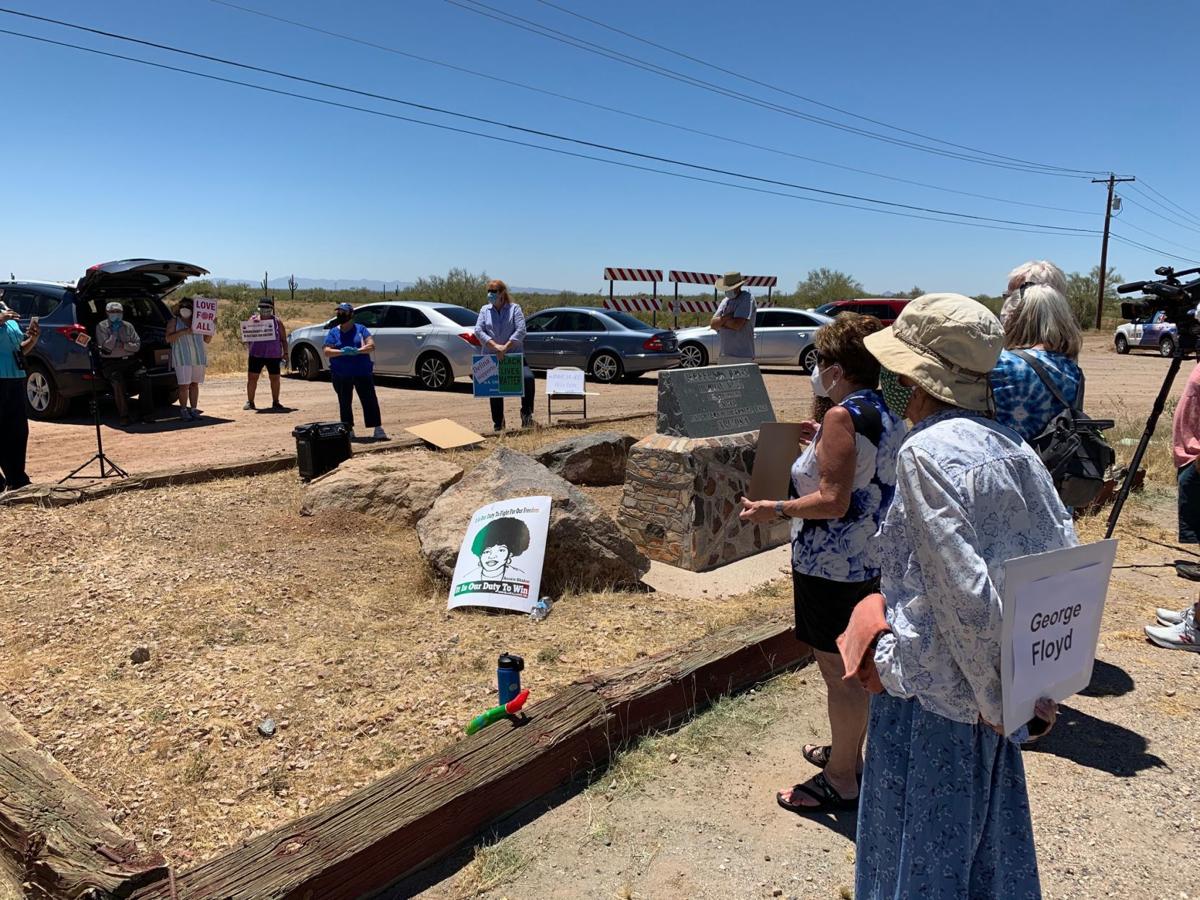 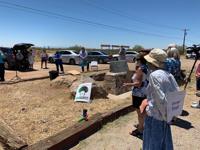 About 20 people gathered to denounce the Jefferson Davis Highway memorial on June 9 at U.S. 60 and Peralta Trail. 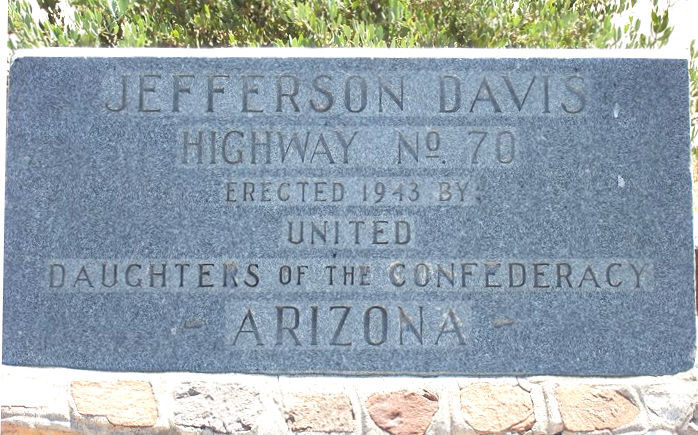 This monument sits near what has been named the Jefferson Davis Highway close to Apache Junction.

About 20 people gathered to denounce the Jefferson Davis Highway memorial on June 9 at U.S. 60 and Peralta Trail.

This monument sits near what has been named the Jefferson Davis Highway close to Apache Junction.

GOLD CANYON — As a Minneapolis man who died in police custody was being laid to rest in his hometown of Houston Tuesday, area residents gathered to denounce what they consider to be a symbol of racism in northern Pinal County.

Efforts have been underway for years to remove a monument to “the Jefferson Davis Highway” at the intersection of U.S. 60 and Peralta Trail, according to David Coward of Gold Canyon.

The monument is believed to have been placed in 1943 near the Arizona-New Mexico border on the highway currently known as U.S. 70. It was moved around 1961 to its current location, and “we don’t know why,” Coward told PinalCentral.

Davis was president of the Confederate States of America from 1861 to 1865. Coward said Tuesday’s memorial service was held to “bring attention to this stain on our community and to honor George Floyd and all the other people who are victims of our unequal justice system.”

Twenty people gathered at 1 p.m. Tuesday to share their thoughts on what the monument means to them. Rev. Dr. Helen Hunter, candidate for Legislative District 16 in the Arizona House, was one of the afternoon’s speakers:

“And we acknowledge and mourn the many others who have died at the hands of those who do not honor the right — the guaranteed constitutional right — of every American to life, liberty and the pursuit of happiness.

“His death has ignited a movement that cannot be stopped ... Americans have decided they’ve had enough ... excessive use of force by police and our government ... must end ... . And not only Americans but people all around the world ... are standing up against racial and social injustice.

“This statue is a reflection and reminder of that injustice ... of institutional slavery and systemic racism in America. ... for 400 years!

“It is incumbent upon us to replace symbols of brutality, injustice, hate, bias, and prejudice ... with symbols of love, honor, empathy, charity, compassion, and respect for one another ... what our flag and our country represent.”

Delina DiSanto, candidate for Congress in Arizona’s District 4, spoke of a need to reform the criminal justice system and how it will take everyone working at the local and national levels to fix an unequal system of justice. Irene Chavez, local activist for Somos America/We are America, also spoke.

A petition was circulated requesting the monument be removed from Gold Canyon. Coward said the goal is to move it to “a more appropriate venue where it can be viewed in the proper context of its intended purpose in history.” The petition may be viewed and signed at: https://forms.gle/9eedQ4EeqhU3Fmxj7.

ADOT: There is no 'Jefferson Davis Highway'

Every day driving home from work, I pass by a house with a flagpole. At the top is the flag …

RICHMOND, Va. (AP) — Protesters pulled down a more than century-old statue of Confederate President Jefferson Davis in the former capital of t…

PHOENIX — New pressure is building on Gov. Doug Ducey to reverse his defense of having monuments to the Confederacy on state-owned property.