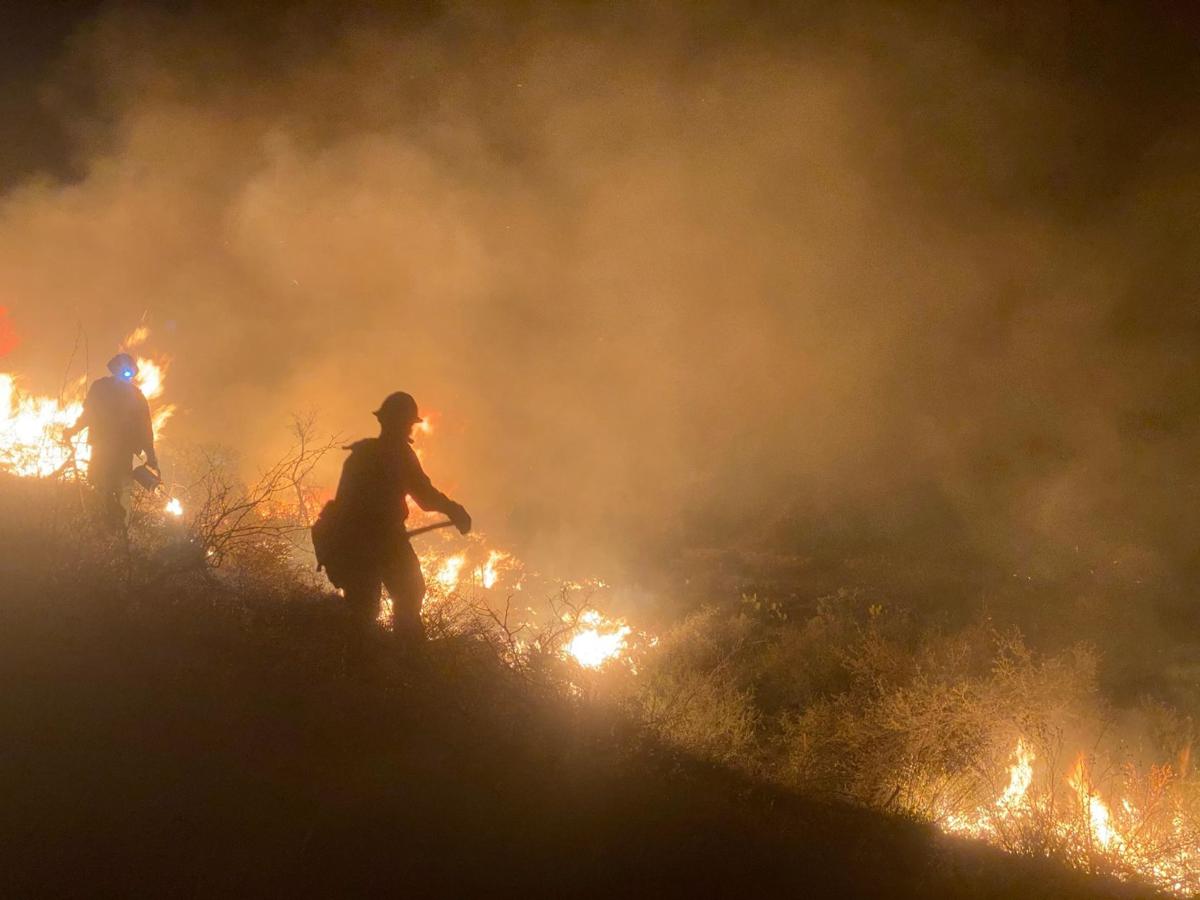 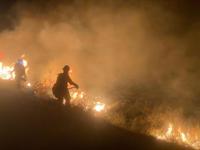 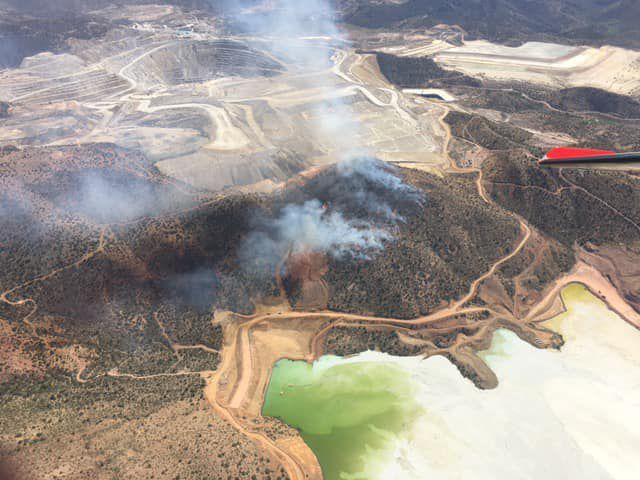 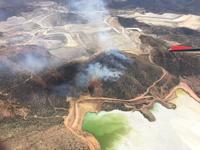 The Pinto Fire broke out Wednesday afternoon near the Pinto Valley Mine east of Superior.

The Pinto Fire broke out Wednesday afternoon near the Pinto Valley Mine east of Superior.

SUPERIOR — Firefighters appear to have stopped the growth of the Pinto Fire east of Superior.

The Arizona Department of Forestry and Fire Management tweeted Thursday that firefighters were mopping up the remains of the 110-acre fire.

The fire broke out in the Pinto Valley Mine area around 1:30 p.m. Wednesday. Crews were able to use existing roadways and a dozer supplied by the mine to build a line on one side of the fire.

Firefighters also appeared to have the Copper Canyon Fire, burning 3 miles northeast of Globe, nearly under control. The Department of Forestry reported that the fire was 85% contained with no change in the amount of acreage the fire has burned. The fire had burned 2,875 acres since it started May 7.

Investigators have determined that the Copper Canyon Fire was human caused and are investigating how it started.

The department also announced Thursday it will implement Stage I fire restrictions across the central and northern parts of the state starting at 8 a.m. on Friday.

The restrictions are effective on state-owned and managed lands in Pinal, Gila, La Paz, Maricopa, Mohave, Yavapai and Yuma counties, along with parts of Coconino County south of the Colorado River.

The White Mountains region, including state land in Apache and Navajo counties, was put into Stage I restrictions last week.

“Our number one goal is to provide for the safety of the public and our firefighters,” said Fire Management Officer John Truett. “We ask that residents and visitors please abide by these restrictions as we enter into our most active period for wildfires. The state has already experienced two Type 1 incidents in Arizona, the Flag and Tussock fires, and it’s barely the middle of May.”

The use of all fires including campfires, charcoal, coal or wood stoves are prohibited outside of a developed campsite or picnic area. Devices that use liquid petroleum or liquid petroleum gas fuels that can be turned on and off are exempt.

The restrictions apply to:

Exemptions to the restrictions include: