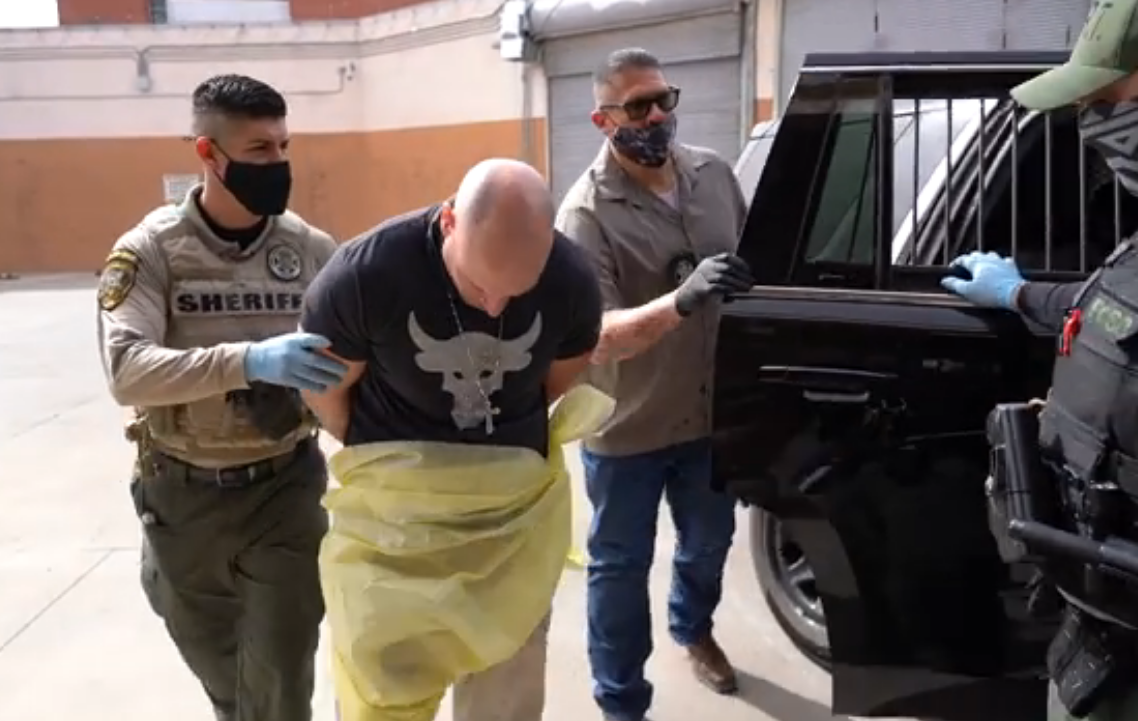 The Pinal County Sheriff’s Office says this man actually soiled himself when he met his “online date.” On March 8 David Cruz, a registered sex offender, drove from his home in Tucson to meet with who he believed was a 15-year-old girl. The “girl” was a Pinal County Sheriff’s Internet Crimes Detective using an undercover persona.

FLORENCE — Another man has been arrested by Pinal County Sheriff’s Office detectives on suspicion of luring a minor for sex.

Robert Tabor, 46, was arrested Wednesday on suspicion of aggravated luring of a minor for sex-misrepresentation of age and luring a minor for sex exploitation, according to PCSO spokeswoman Lauren Reimer.

Tabor was arrested after allegedly conversing with a PCSO detective posing as a minor online and agreeing to meet the “minor” for sex.

Detectives are noticing an increase in the number of people they are picking up in these internet stings, said Reimer. In the past five years, PCSO detectives have made about 60 arrests for similar crimes, but since the start of 2021, the office has made 12 arrests.

Detectives estimated that maybe 20% of the 12 men arrested so far in 2021 have been repeat offenders, she said.

Reimer declined to answer how PCSO detectives avoid being accused of entrapment, stating in an email, “We can’t share that answer, as it would give away our tactics.”

PCSO has also declined revealing the location of where some of the men caught in the stings have been arrested for the same reason.

Earlier this month, one suspect was so shocked upon his arrest that he soiled himself. Deputies had to outfit him in a makeshift plastic “diaper” in order to transport him to jail, where he was allowed to shower while being booked.

The office does get some funding from the Internet Crimes Against Children Task Force Program for equipment to run the stings, Reimer said.

The ICAC is made up of more than 61 task forces that include more than 4,500 federal, state and local law enforcement agencies and prosecutors, according to its website. It provides training, technical assistance, victim services and community education programs for law enforcement agencies and prosecutors who are investigating and trying to prevent online sex crimes against children. It also partners with the National Center for Missing and Exploited Children.

The program was created in 1998 in response to the increased use of the internet by children and people seeking to harm children. The program is funded through a grant from the U.S. Department of Justice’s Office of Juvenile Justice and Delinquency Prevention Program.

The Arizona branch of the program includes PCSO and nearly every police department in the county, according to the Arizona ICAC website.

Eloy man arrested for attempt to lure minor for sex

SAN TAN VALLEY — Authorities are looking for a man suspected of trying to lure an 11-year-old girl.

Man, 31, arrested for trying to lure a 14-year-old girl near Florence

FLORENCE — Authorities arrested a 39-year-old Tucson man Tuesday after he drove to Florence,…

FLORENCE — Pinal County Sheriff’s deputies have announced the arrest of another man by the department’s internet crimes against children task force.