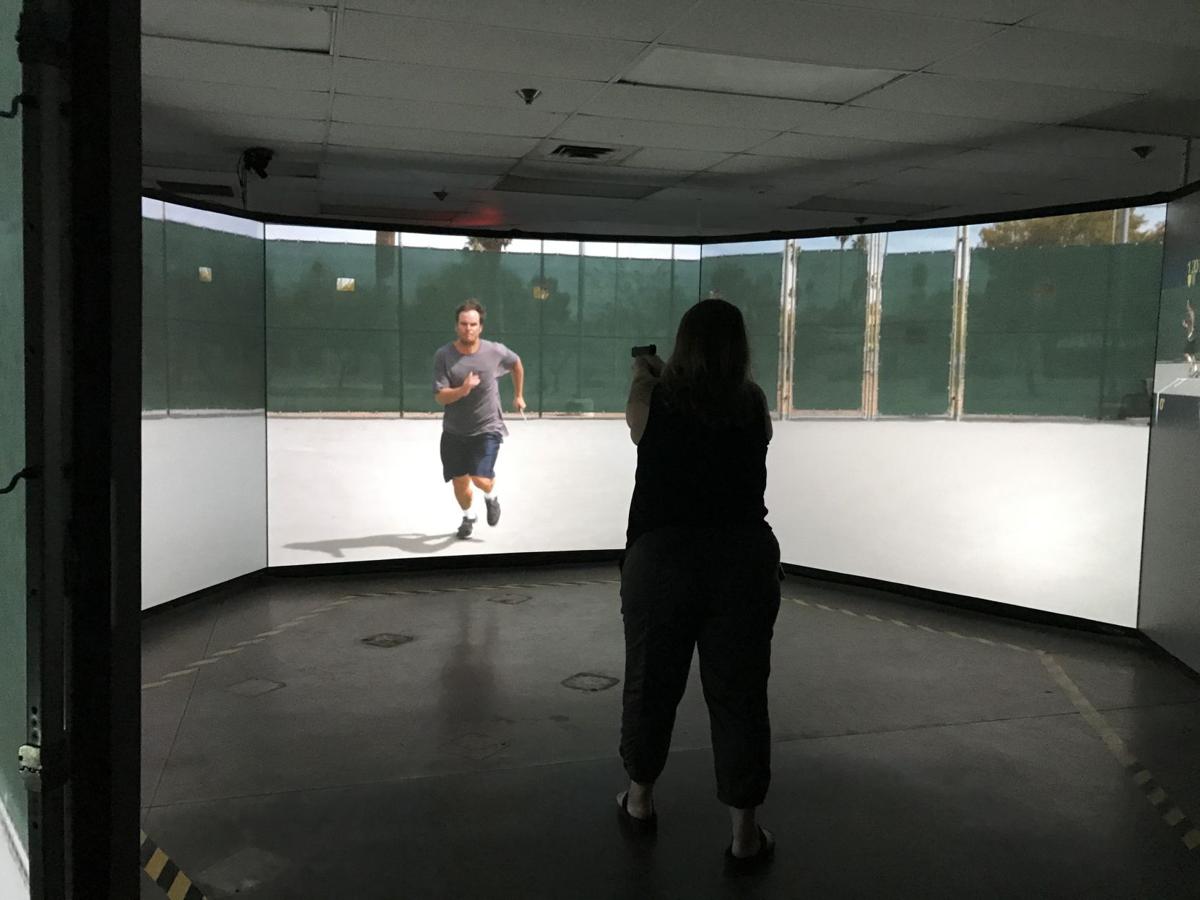 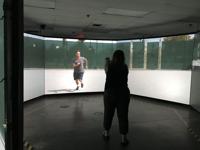 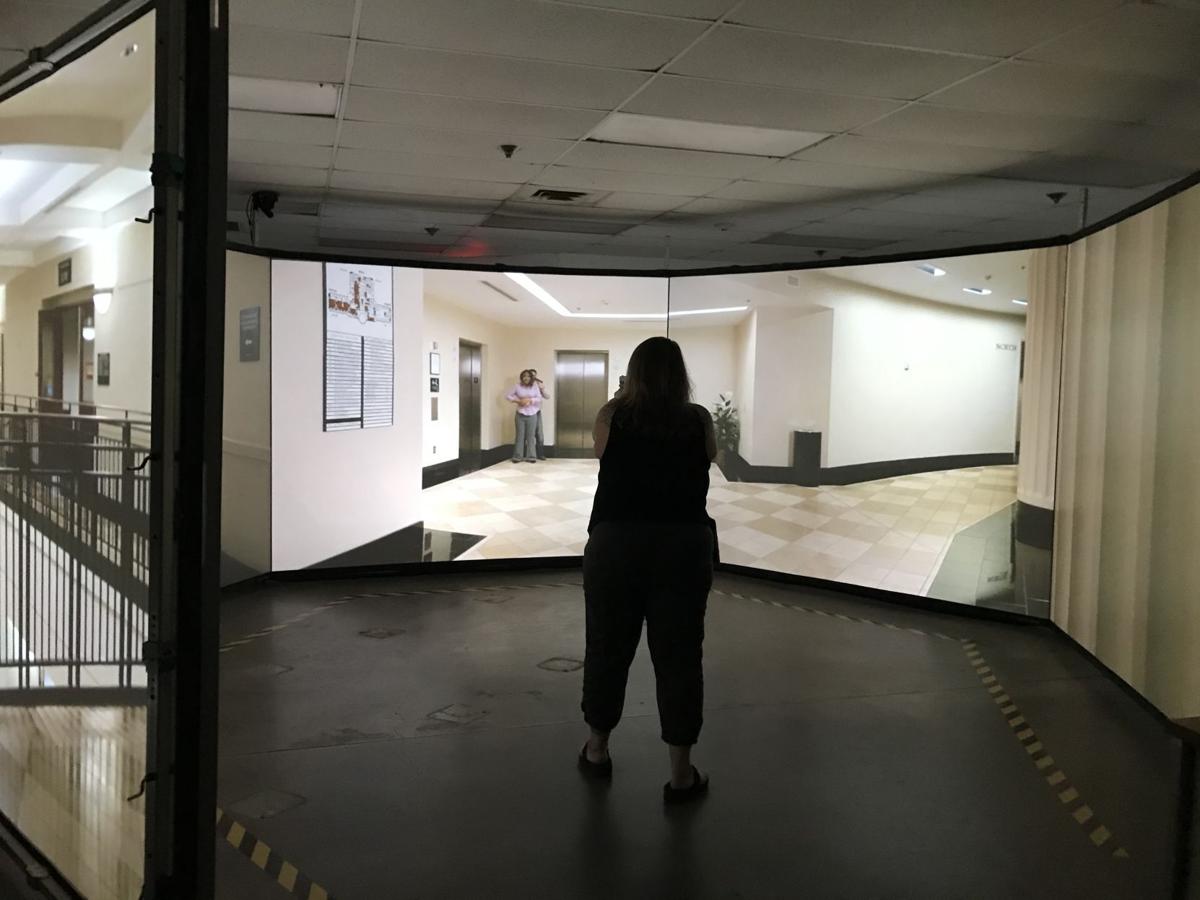 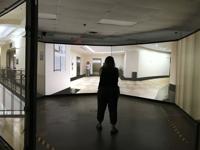 Jeanne Adams confronts a suspect as she tries out the Pinal County Sheriff’s Office’s VirTra simulator as part of the new Citizens Posse class.

Jeanne Adams confronts a suspect as she tries out the Pinal County Sheriff’s Office’s VirTra simulator as part of the new Citizens Posse class.

Sgt. J.R. Harrison, who is in charge of the program along with other volunteer programs run by the department, makes it clear from the start of the four-hour Saturday morning course that volunteers do not get the power to arrest or detain anyone, do not have the power to break the speed limit and will not get a weapon or a vehicle from the department.

A PinalCentral reporter attended the second Citizens Posse class held by PCSO on Aug. 29. Over the four hours of the class, volunteers get a glimpse at how the office works, how federal and state laws, such as the Fourth Amendment, govern deputies’ actions and responses to certain situations, and some of the decisions deputies have to make based on those laws.

The Fourth Amendment protects from unreasonable searches and seizures of property by the government, which includes law enforcement officers. Participants also get a chance to try out the office’s new VirTra use of force simulator.

Those programs are also volunteer based but require members to pass a deeper background check.

The Citizens on Patrol program is similar to a Neighborhood Watch program for the county’s more rural and remote areas. Volunteers in the program have access to a PCSO vehicle but do not have arrest powers.

The Patrol Posse is also volunteer-based, but members must pass background and psychological testing and attend a training academy before they are accepted. These volunteers have access to a PCSO vehicle and are allowed to carry weapons. They help transport prisoners, secure crime scenes and events and provide traffic control, along with other duties.

The new Citizen Posse is more of an educational tool to teach citizens about the office but also encourage citizens to step up and help their communities in an emergency, such as knocking on doors during a wildfire or flood, Harrison said.

“We want everyone to be able to help everyone out,” he said.

Usually in those cases, deputies will explain the situation to the residents, call the judge to explain what happened and then make a cursory search of the property to meet the requirements of the warrant.

Deputies also listed a number of exceptions that allow law enforcement officers to search without a warrant, such as when someone gives an officer consent to search or if an item is in plain view.

Deputies also busted a few myths about when and how a law enforcement officer can search a vehicle or a person. For example, an officer can detain someone and pat them down for the officer’s safety if the officer thinks something suspicious is going on. Any drugs or illegal weapons found during that pat-down can be confiscated at that time. However, someone who is detained in this manner does not have to talk to the officer.

Deputies also gave a brief overview of the amount of force they may use during an arrest and how they judge how much force to use.

Participants also got a series of reminders on firearm safety and some of the best ways to protect their homes, such as purchasing an alarm system.

Deputies reminded folks to think twice about pulling a weapon on someone who may be stealing something from their yard or house. Harrison and the other deputies teaching the class strongly encouraged people to call 911 first and get a good description of the thief.

Only pull a weapon if you are willing to use it and consider if the item is really worth taking a human life for, deputies reminded participants.

Most volunteers who attend the course end their day trying out the VirTra simulator.

Harrison said PCSO has had a good response to the class from volunteers. More than 2,600 people have signed up to take the course and the office has received a number of positive responses from volunteers who have attended.

FLORENCE — More than 2,600 people have expressed an interest in joining Pinal County Sheriff…

Pinal board wants to hear more about Lamb's 'citizens posse'