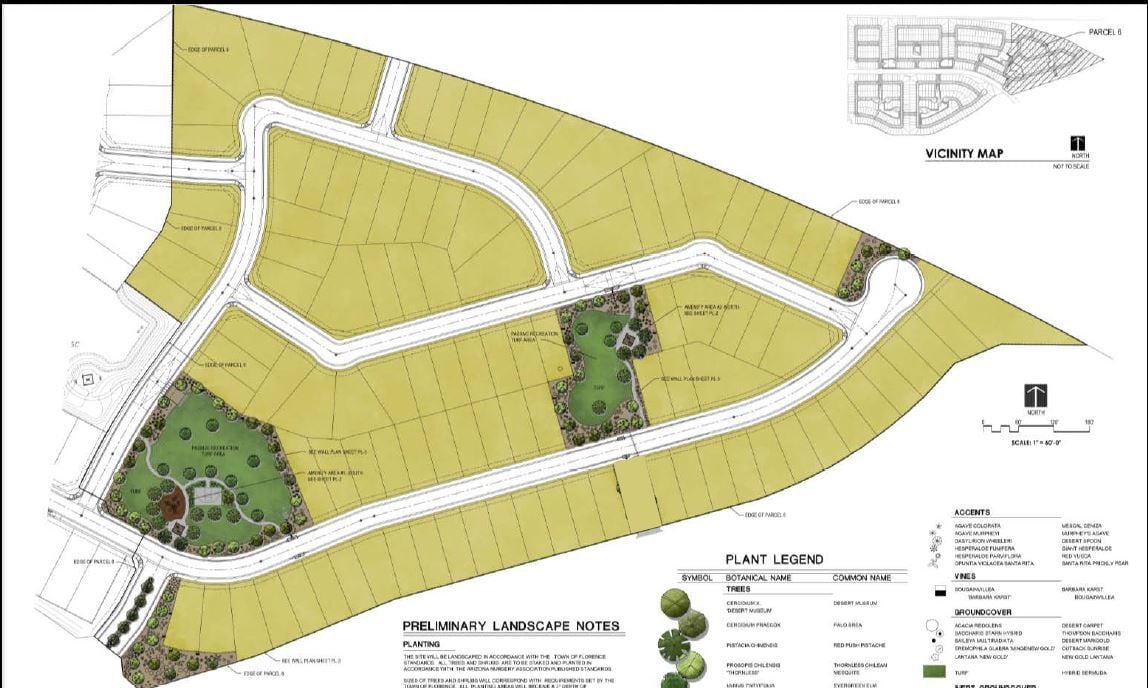 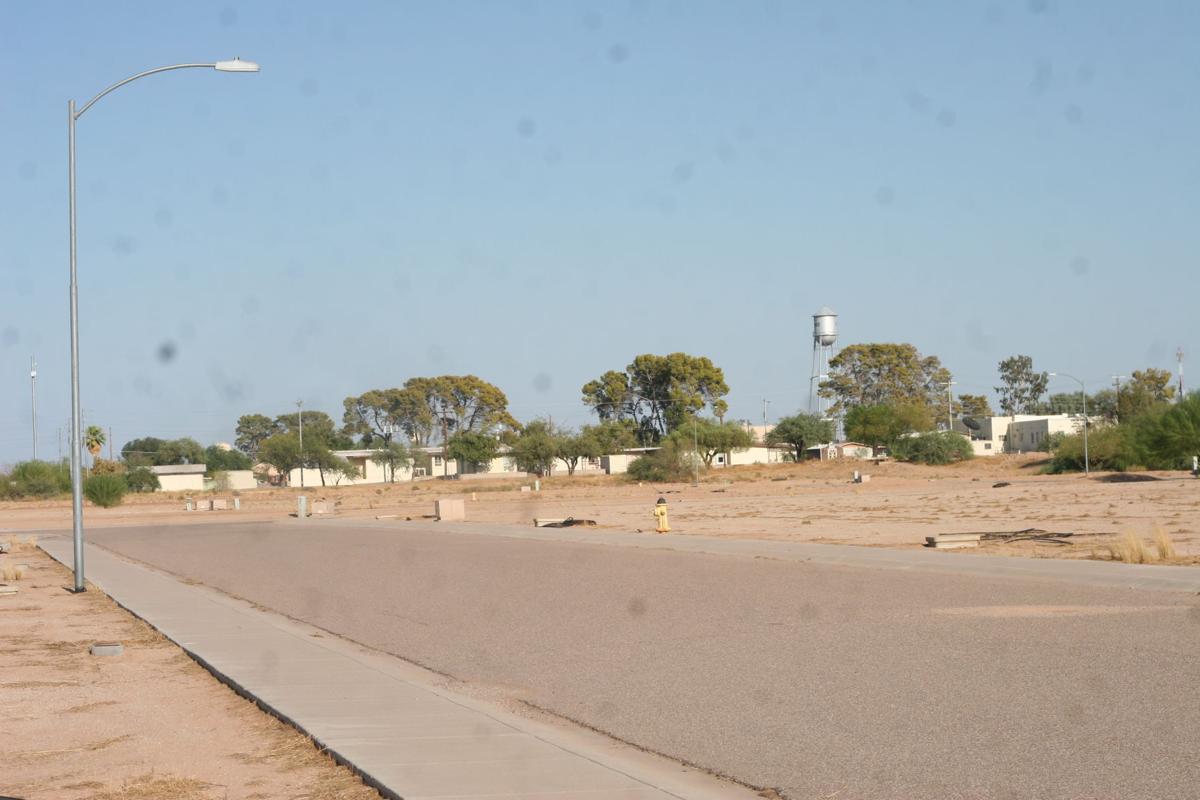 FLORENCE — Two Florence subdivisions that were shelved during the Great Recession have moved a step closer to construction.

The Town Council Monday approved an amended final plat for Sunrise Estates II in downtown Florence and the final plat for Mesquite Trails Parcel 6 on Felix Road across from Crestfield Manor.

Located at the southeast corner of West Butte Avenue and South Centennial Park Avenue, Sunrise Estates I and II were first platted in 2005. Sunrise Estates I was built and occupied years ago. Texas-based LGI Homes has bought the 89 finished lots in SE II with the intent of building 86 new homes, reserving the unused lots for stormwater retention and open space, Florence Planning Manager Larry Harmer told the council.

LGI will be testing, and if necessary, upgrading infrastructure that may have degraded over the years, according to a town staff report.

Councilwoman Karen Wall asked about the price range of the homes. Harmer said LGI’s market is primarily considered entry level, with prices maybe in the $200,000 range.

Mesquite Trails Parcel 6 is at the southeast corner of North Felix Road and the future extension of Heritage Road. It consists of 107 residential lots on 23.76 acres. The Mesquite Trails planned unit development was originally approved by Pinal County in 2004 and was later annexed and adopted by the Town Council in 2005.

Vice Mayor John Anderson asked where the sewage will go, noting the Anthem plant seems to be overtaxed now, based on odor. Because of current circumstances with Johnson Utilities, the property owner is studying alternative solutions for those services, according to a town staff report.

Parcel 6 is located east of the previously recorded Plats 1-5, all on the north side of New Magma Wash. Parcel 6 includes an average lot size of 6,438 square feet and 2.7 acres of open space. The total number of lots approved for the Mesquite Trails PUD is 2,178, according to a town staff report.

Existing Arizona Public Service Co. power lines on the west side of Felix Road will power the subdivision, and a city of Mesa gas line along Felix Road will provide natural gas. There are also existing CenturyLink facilities along Felix Road, according to a town staff report. The developer, Silver Fern Companies LLC, has not announced a builder, Harmer told the council.

The project’s northeastern Parcel 7 is in the tentative alignment for the future north-south freeway corridor, Town Manager Brent Billingsley told the council. Although New Magma Wash crosses the northern portion of Mesquite Trails, the site is not within the 100-year flood plain. A master drainage report has been submitted to the town for review.