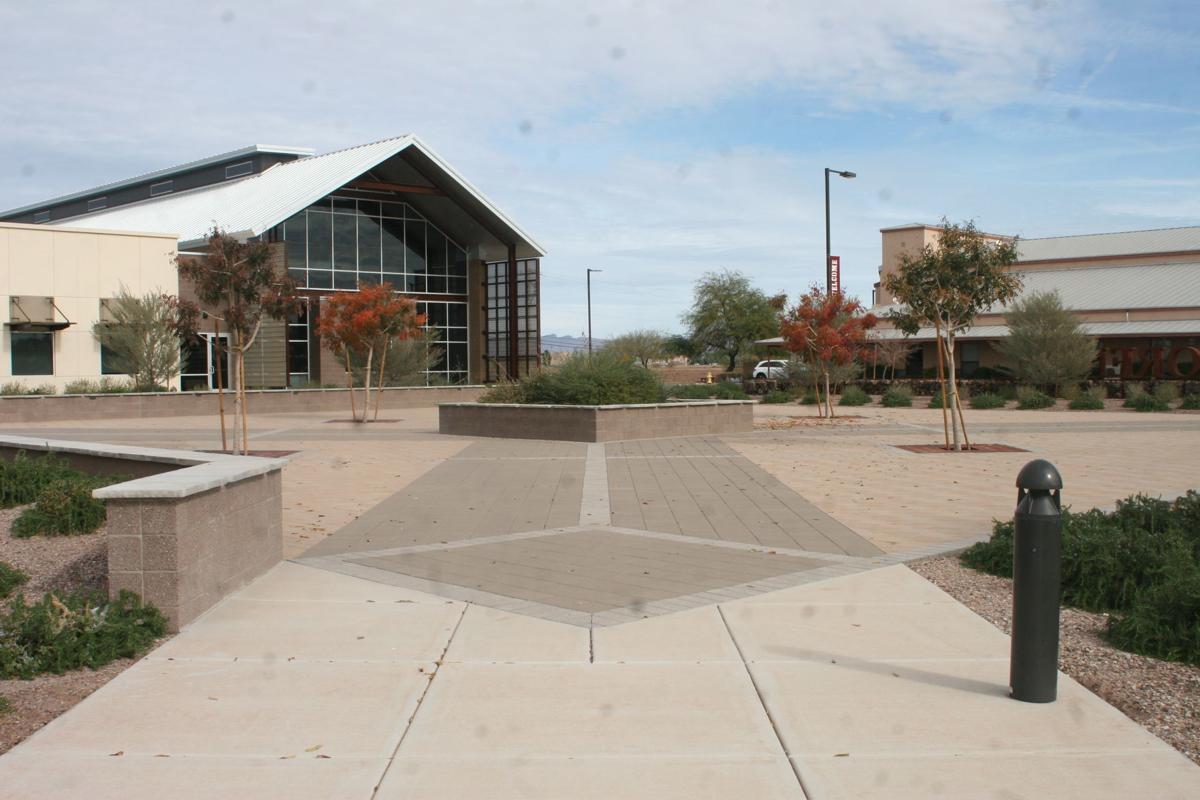 Town officials are collecting donations for a Veterans Memorial to be built on the plaza in front of the Florence Library and Community Center. 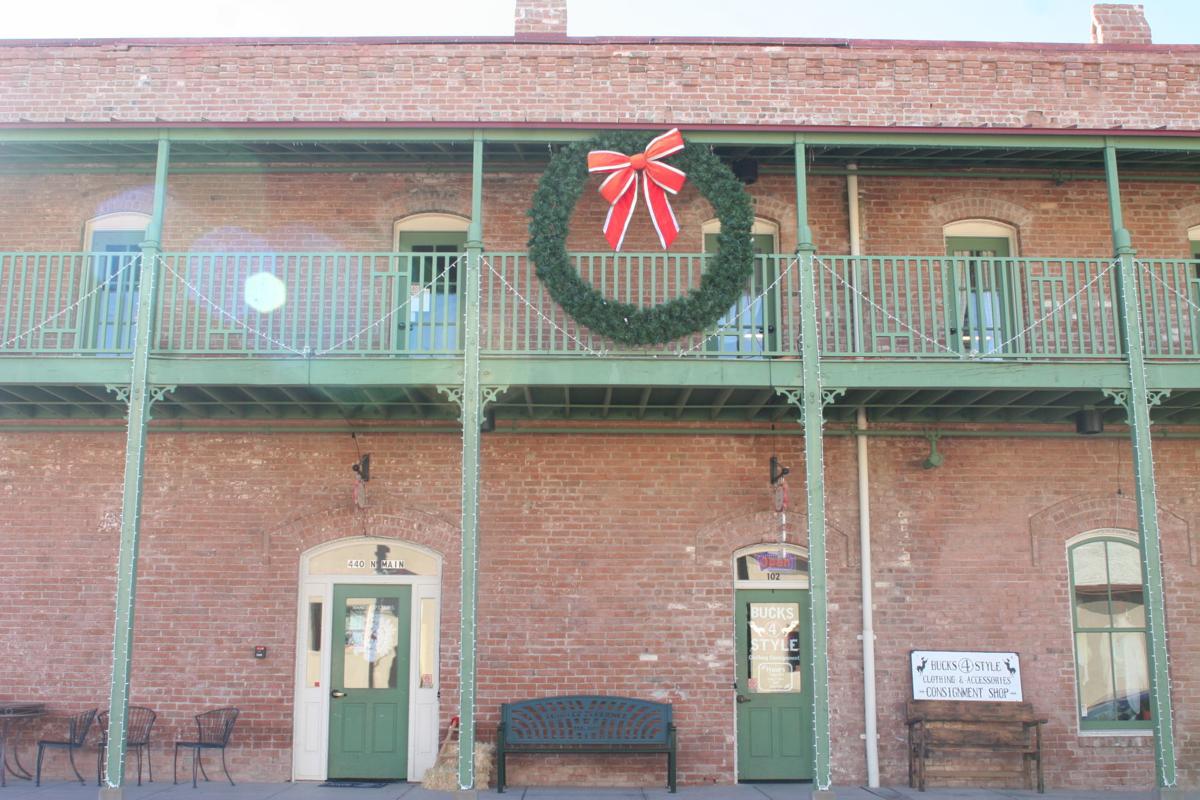 Repairs to the historic Silver King Marketplace are a priority for the town of Florence in the new year. 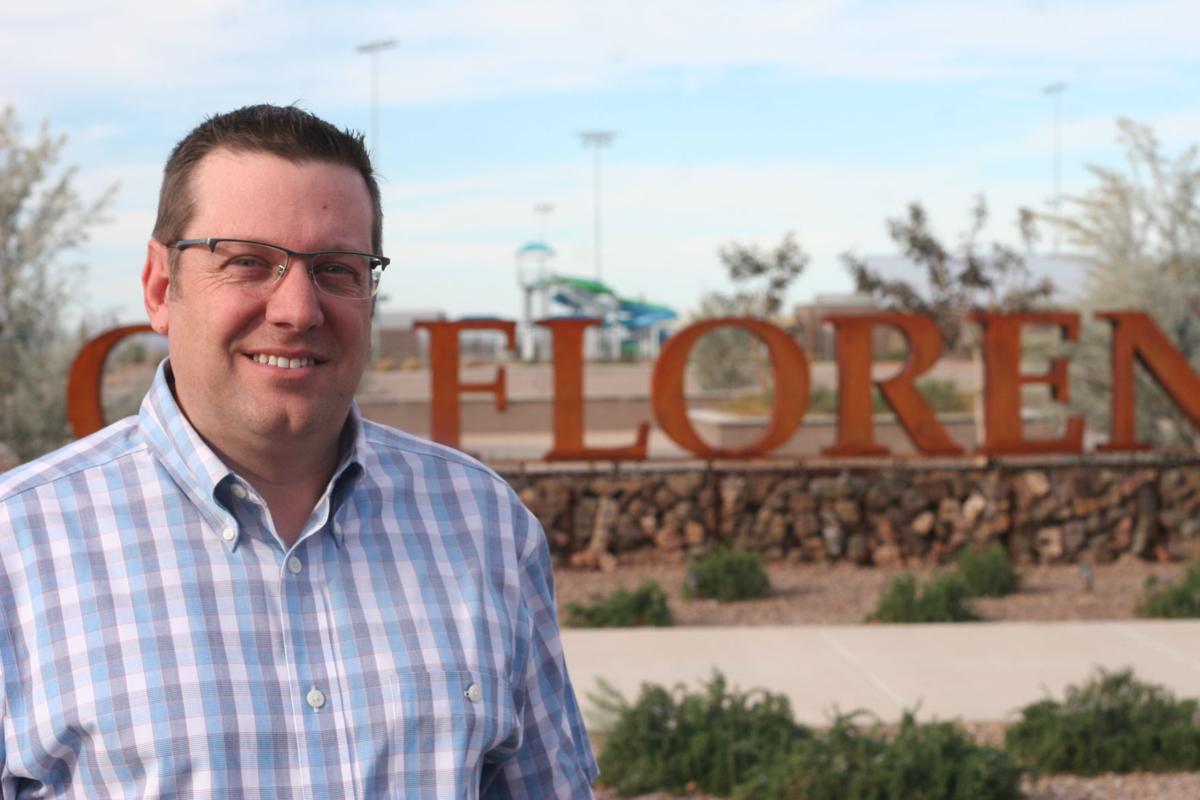 Town officials are collecting donations for a Veterans Memorial to be built on the plaza in front of the Florence Library and Community Center.

Repairs to the historic Silver King Marketplace are a priority for the town of Florence in the new year.

FLORENCE – There are four key areas in which town staff will challenge themselves in the coming year.

“The first area has to do with capital improvements and investments in our infrastructure,” Town Manager Brent Billingsley said in a year-end interview.

“We will redo two of our major (water) production wells, numbers 4 and 5, in the forthcoming year. I’m really excited to kick off the two Community Development Block Grant phases of what we call our 12-inch water loop. … a loop around the whole east side of downtown to improve fire flows not only at the schools, but to the individual businesses and to facilitate future economic development.

“Our water meter replacement project for Smart Cities is going to occur in this next year. That’s going to be a lot of fun. It’s out on the street (for bids) right now and we’re really looking forward to going through that procurement process in the new year.

“From a wastewater perspective, I’ve talked to you several times about putting ourselves in a position where we can have our own recharge facility (recharging the aquifer with treated wastewater). We are getting close to making it through the administrative and legislative side of that process, and we’re looking forward to breaking ground on that effluent recharge facility in the next year.”

The roughest street in town will finally be rebuilt, Billingsley said. “We have had all kinds of challenges on First Street, but we’re finally going to get First Street done in the next calendar year.” A worrisome intersection beyond downtown will also get some attention, he continued.

“We’re looking to make some improvements at Felix and Hunt Highway that folks have been asking for. As well as looking at a turn lane at Fire Station No. 2 in Anthem at Merrill Ranch, to facilitate ingress and egress of our firetrucks.”

“It’s a huge year; 2019 is going to be the year of planning in Florence. We’ve kicked a lot of those off thus far, there are a lot more to come. We’re currently undergoing a regional transportation plan update. We are about to advertise for our redevelopment plan update, which is actually required by the Legislature.”

Billingsley continued that the town’s parks, trails and open space master plan has just begun, and work continues on an active transportation plan. The town is also updating its impact fee study. Impact fees, which are charged to new development to cover the new burden on town services, must be supported by a study.

“Then the big dog, that we’ve been feeding up to for the last three years, is kicking off — our General Plan update, which is a generational document for the town of Florence: That’s a 20-year plan. Our residents and our council can plan our future. That will be advertised in this next year, and will kick off. That’s going to be a lot of fun,” Billingsley said.

“From a community vitality standpoint, we’re continuing to work on and trying to acquire land from the (U.S.) Bureau of Land Management, to expand the Poston Butte Regional Park. Right now we have a contract with a consultant and we’re doing an environmental assessment on those areas, but it’s starting to get exciting in terms of planning that park. It’s going to be a destination for us.”

The town is collecting donations for a new Veterans Memorial, to be built on the plaza in front of the Florence Library and Community Center. The goal is to dedicate it on Memorial Day. The memorial “is something that council has been very excited about and working on. Councilman (John) Anderson’s son is actually the architect for that project. So that’s really cool,” Billingsley said.

“One of the things I’m asked about quite frequently, and hopefully we’ll get done in the next year, is repairs to the Silver King (Marketplace). We’ve completed some of those repairs over the last couple of years. But that porch still remains closed. We really hope to get that done before next year when we have the Christmas parade, so that infrastructure is in better shape.

“And lastly, economic development. … hopefully we can continue to grow in that area. I just gave a presentation at the Pinal Economic Development Summit that was well-received. I’m really excited about our enhanced partnership with the Chamber of Commerce. I’m really excited about the prospects of working with Larry (Director Larry Johnson). He’s definitely a resource to the Florence community.

“… Jennifer (Florence Management Analyst Jennifer Evans) has now gained the focus on economic development on business expansion, retention and training. We’ve had a meeting with Larry — we’re hoping to share that role with the Chamber — and really focus on how do we grow our small businesses; how do we retain our small businesses; and how do we provide training to entrepreneurs and people that want to own small businesses, to make sure they’re successful in our town. Jennifer’s going to take the lead on that.

“We’re really excited about enhanced partnerships, having a lot of fun working on partnerships in the health care community right now, specifically with Steward, but also Horizon Health and Wellness. There’s a tremendous amount of capacity in the facility where Horizon is (the former hospital at 450 W. Adamsville Road), and there are some partnerships we’re working on to try and best utilize that space in a symbiotic way — really exciting stuff.

“Lastly, my focus from an economic development standpoint, is always going to be creating jobs, recruitment, creativity, research and development and use of technology.

“I was blessed recently to be able to attend a trade summit between China and the United States in Los Angeles. I was able to garner some relationships out of that, and (earlier in December) bring those relationships to bear.” Billingsley said he, Pinal County Economic Development Manager Tim Kanavel and other top county officials met with some of the people he recently met in Los Angeles about potential partnerships and economic development in Florence and Pinal County.

FLORENCE — Cities and towns around the world are aiming to be “Smart Cities,” ones that use technology to increase efficiency, share informati…