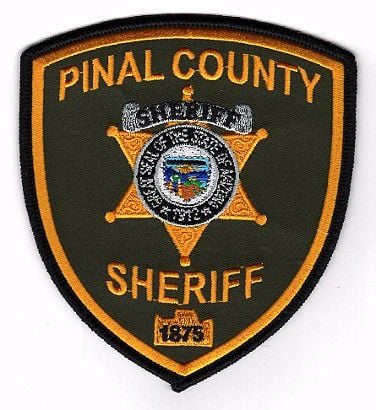 FLORENCE — The Pinal County Sheriff’s Office has installed cameras in interview rooms attorneys use to speak privately with their clients, causing at least one public defender to object.

An attorney with the Pinal County Public Defender’s Office asked Superior Court Judge Jason Holmberg for a continuance in a case Friday because he has not been able to speak with his client.

The defense attorney told Holmberg that the PCSO recently installed surveillance cameras in attorney/client interview rooms at the Pinal County Adult Detention Center, and he doesn’t feel comfortable discussing a case with his client if law enforcement officers might be listening or watching.

“I have yet to do a jail visit where I saw the cameras in place. I have no reason to doubt my colleagues about that in this case. In the eight years that I’ve been in this county, I have never feared for my safety in that particular set-up, that would otherwise warrant a camera being put in there,” the defense attorney told the court.

Holmberg’s response to the continuance request was, “This is the first I’m hearing of this,” and “Do we really need that?”

Holmberg granted the continuance without diving deeply into a discussion about the cameras from the bench.

The defense attorney did not want to go on the record with PinalCentral but only said, “This is significant” when asked to do an interview.

In a telephone interview, Pinal County Sheriff Mark Lamb said, “We did install cameras in the interview rooms; however, those cameras do not have sound and they are pixilated to the point where you cannot read any paper placed on the table. This is something that we cleared through the County Attorney’s Office. We all reviewed it. They don’t feel that there is any constitutional violation.”

Lamb said he’s more concerned about the attorneys’ safety when they are speaking with clients.

“What this all boils down to is a safety issue. When you have someone else in your facility, we don’t know if that inmate intends to harm their attorney. We’ve had inmates try to attack their attorney before. This is a safety issue for the attorneys going in there. In no way, shape or form is this an attempt to monitor their communication with their clients,” Lamb said.

The sheriff said he was not sure if defense attorneys were notified about the installation of the cameras before it took place.

PinalCentral reached out to Pinal County Public Defender Paula Cook and the ACLU but has not received any comment from them.

In October 2015, a federal judge ordered those in charge of a new $230 million courthouse in Staten Island, New York, to turn off video cameras that had been running in attorney-client interview rooms.

Although the cameras did not record what was said during pre-arraignment meetings and were intended to enhance security, U.S. District Judge George Daniels agreed with the Legal Aid Society that they violated a 1999 settlement with New York City guaranteeing that consultations between lawyers and clients would be private.

The cameras were questioned again in December 2018 in an appellate court’s ruling that ordered a federal judge to consider the potential “chilling effect” the use of surveillance cameras in attorney-client interview rooms at the Staten Island Courthouse could have on those parties’ conversations.

The appellate court instructed the judge to rehear the case and weigh the impact the cameras could have on a defendant’s right to counsel.